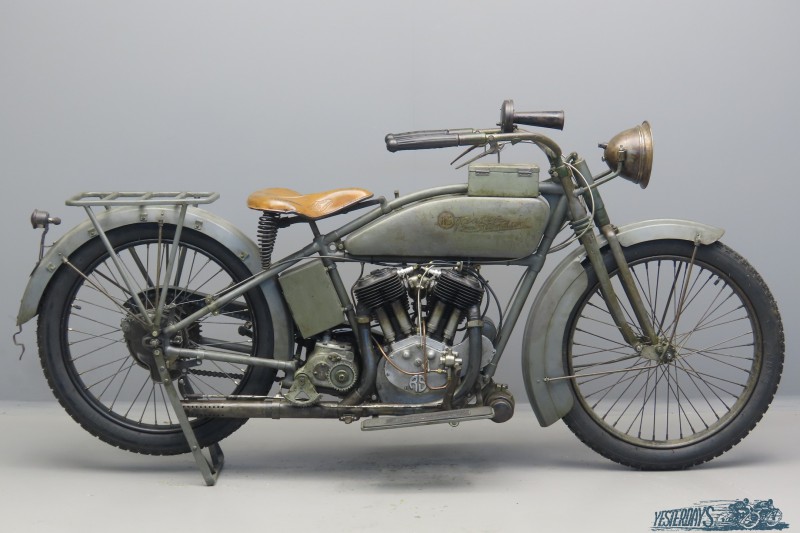 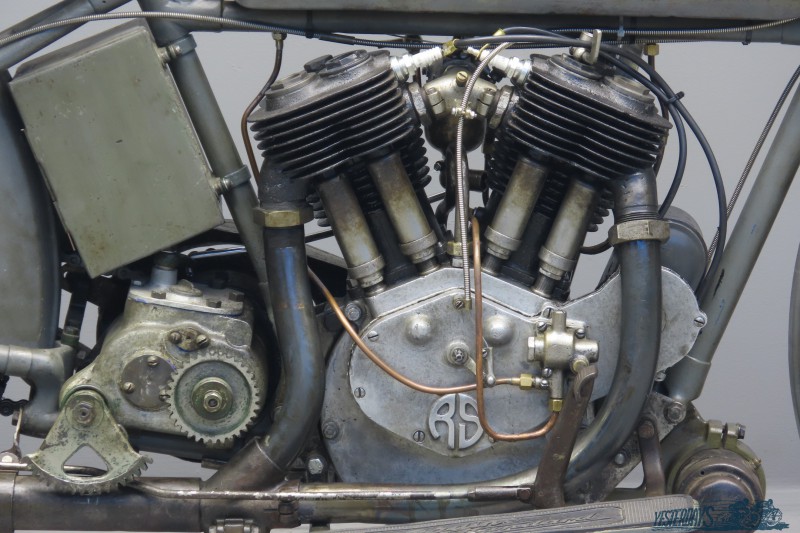 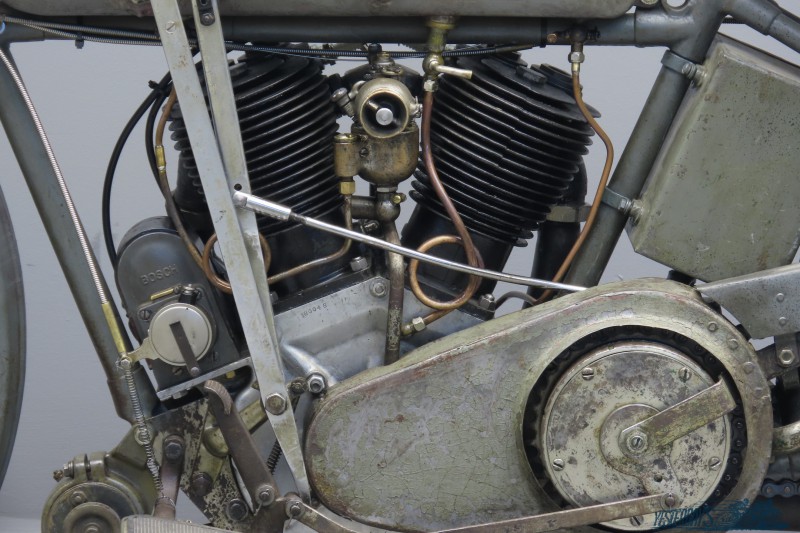 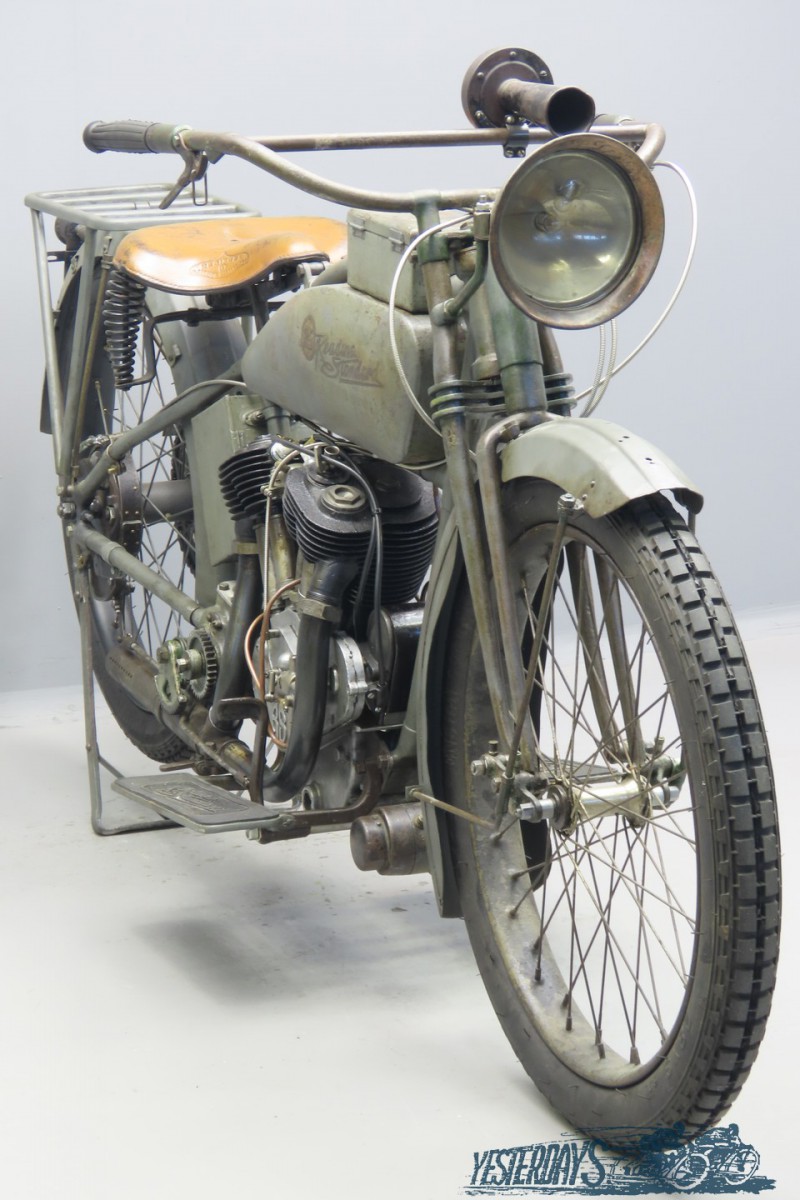 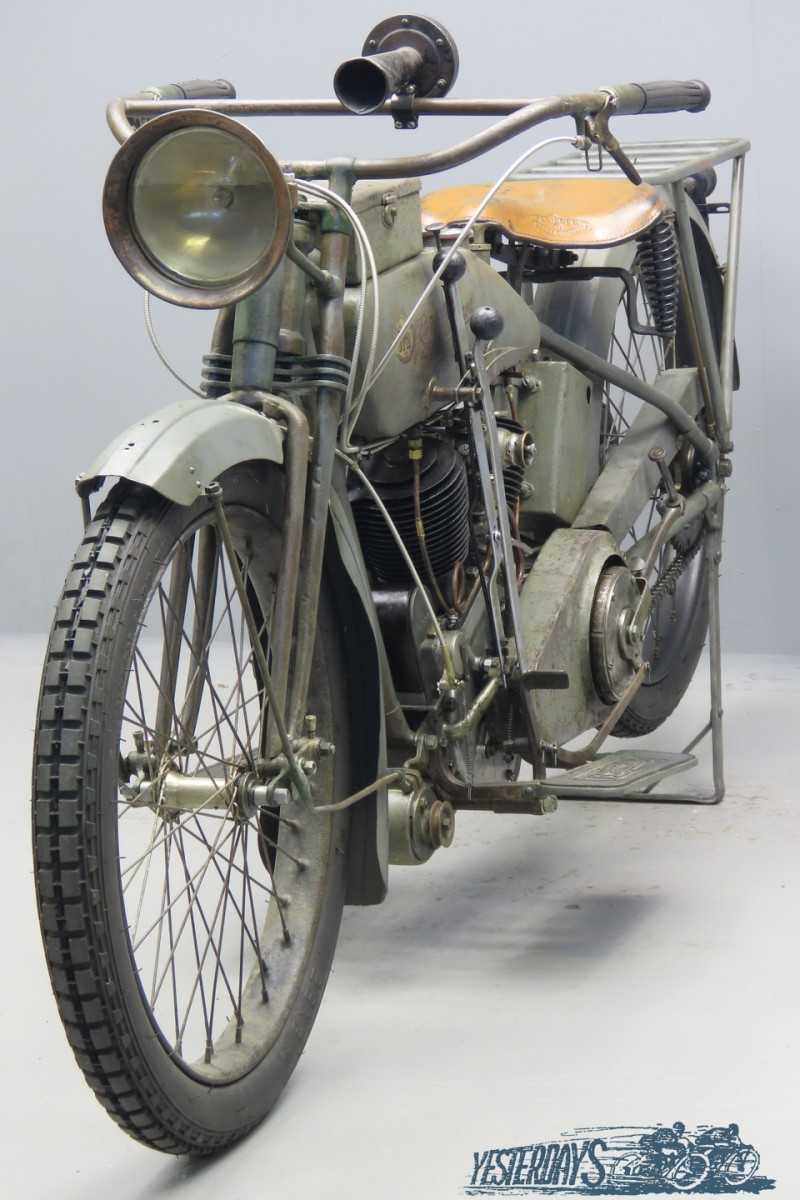 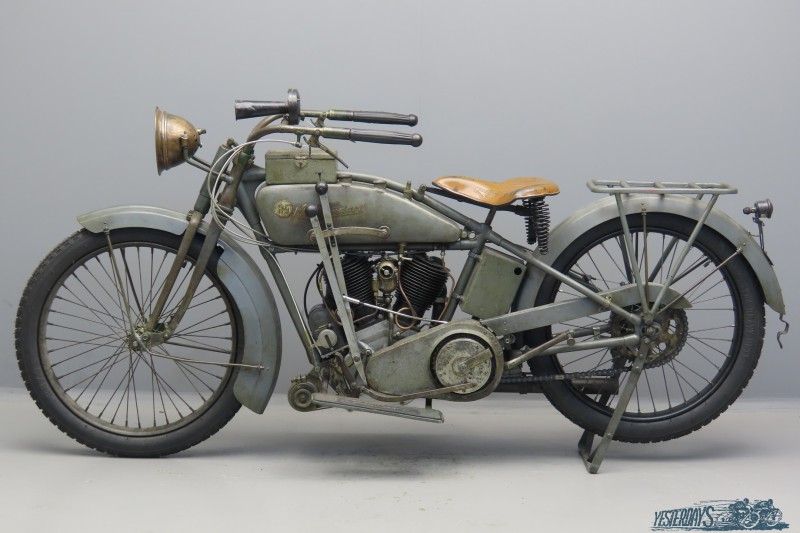 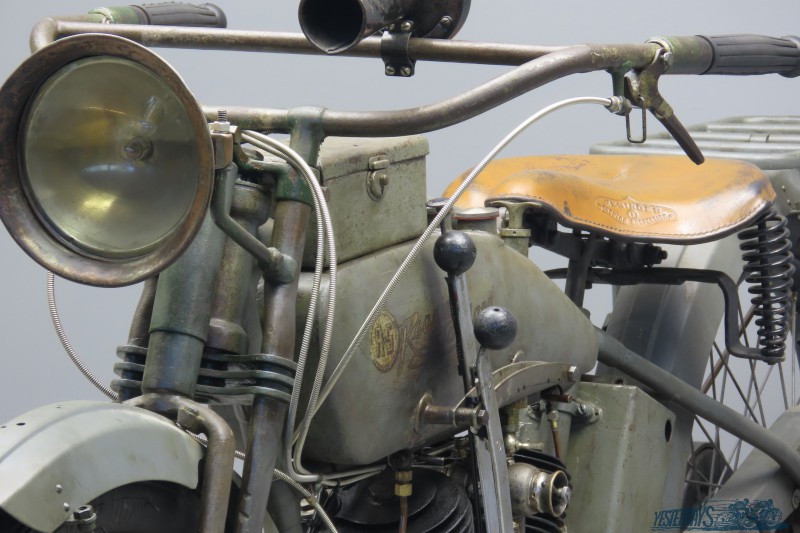 Reading Standard machines were manufactured between 1903 and 1924 in Reading, Pennsylvania.
The company slogan was “Built and tested in the mountains”.
The firm started in 1903 with the production of single-cylinder clones of Indians and Thors, but soon engineer Charles Gustafsson would make his mark. Gustafsson had studied European design trends, and when Reading-Standard introduced its first side valve engine in 1907 it was the only American manufacturer offering this type of power unit.
Its superiority to other contemporary designs was illustrated in July of that same year when a trio of Reading-Standards climbed to the top of Pikes Peak, a feat that would remain unequalled by any other motorcycle for the next five years.
Gustafsson left the firm in 1907 and joined the much bigger Indian Motocycle Company.
One of his successful designs for Indian was the side valve PowerPlus model, that was brought out in 1916.
V-twin Reading Standards arrived in 1908.
Early examples sported a 722 cc F-head (overhead intake, side exhaust) configuration but by 1912 the company had converted its twins to a side valve design and the capacity had grown to 1100 cc in 1914.
For 1917 three models were available, a 6 HP single and two twins, designated as 17-T and 17-TE, the latter was electrically equipped but was further identical to the17-T.
A few quotes from the 1917 catalogue: “
The 1917 Reading Standard is a sturdy, powerful machine of luxurious comfort. (….) It has always be the aim of the R-S Company to produce a high-grade motorcycle, using only such steels and materials as are suited to withstand every conceivable strain and shock incident to the roughest use.
The R-S has a distinguished appearance.
Its lines are strong and bold but dignified and are dictated by the strength of the mechanical parts.
They suggest a machine that has done something and made good for years.
There is nothing feeble in it to give way. “
The company had the policy to change certain specifications during a production year according to an article in Motorcyclist:
“The Reading Standard folks emphasize the fact that it has been their custom to incorporate changes in mid-season whenever test has demonstrated their worth, rather than to withhold improvements until a new season introduced a new model.”
The machine we offer shows real character, is a good runner and is mechanically in excellent condition.