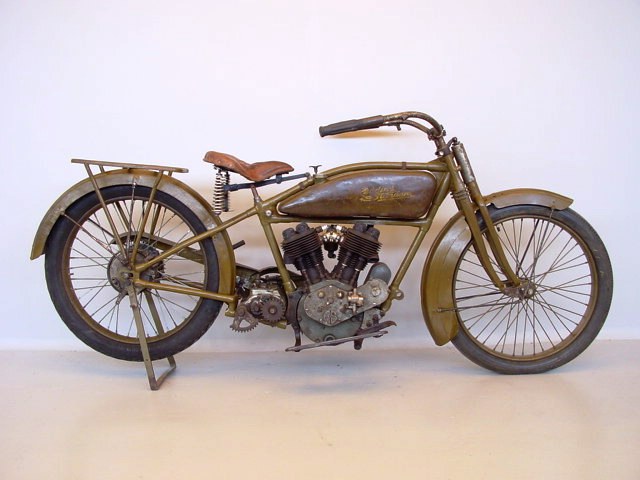 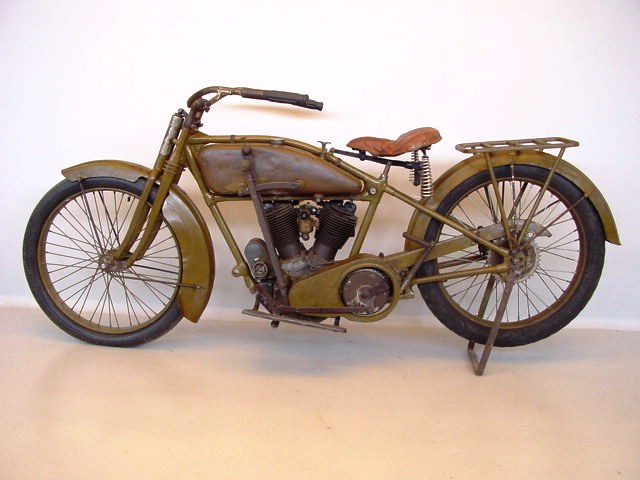 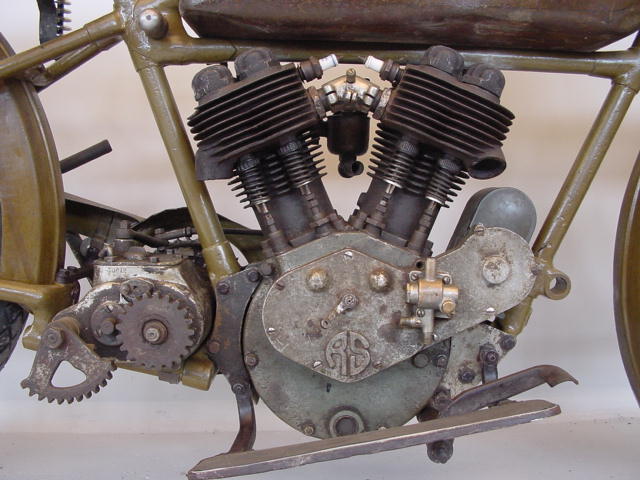 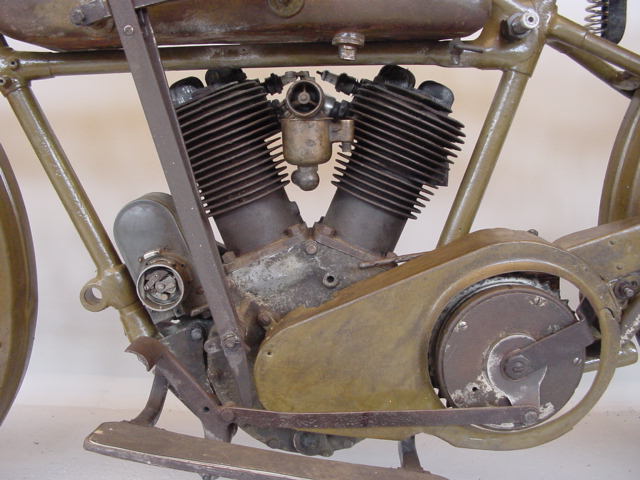 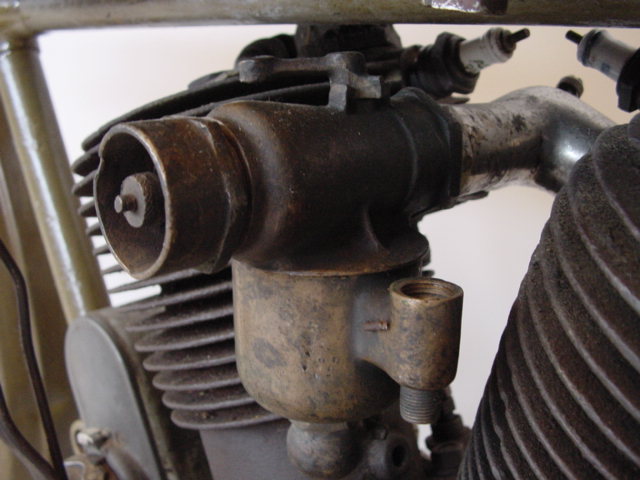 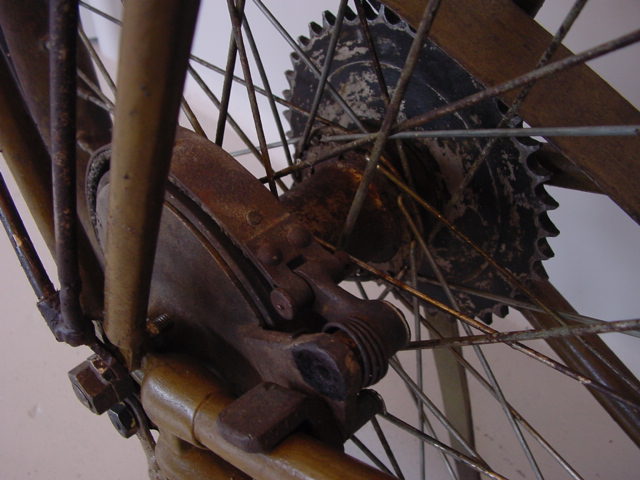 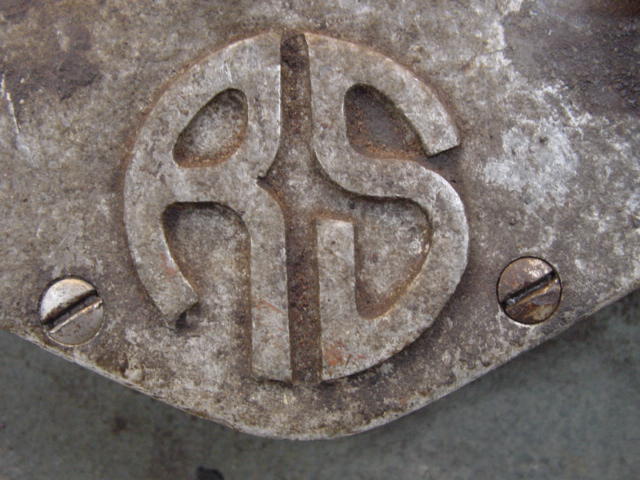 Reading  Standard machines were manufactured between 1903 and 1924 in Reading, Pennsylvania. Initially single cylinders were built, later the make earned fame with well engineered sidevalve V- twins.
Machines with OHC engines were also made, but these were only available for works racers and not for sale to the public.
The designer of the early R.S engines was Charles Gustafsson, who left the firm in 1907 and joined the much bigger Indian Motocycle Company.
One of his succesful designs for Indian was the  PowerPlus model, that was brought out in 1916.
This unrestored example is not quite complete: exhaust system, toolbox and some minor parts are missing.
A good basis for a rewarding restoration.