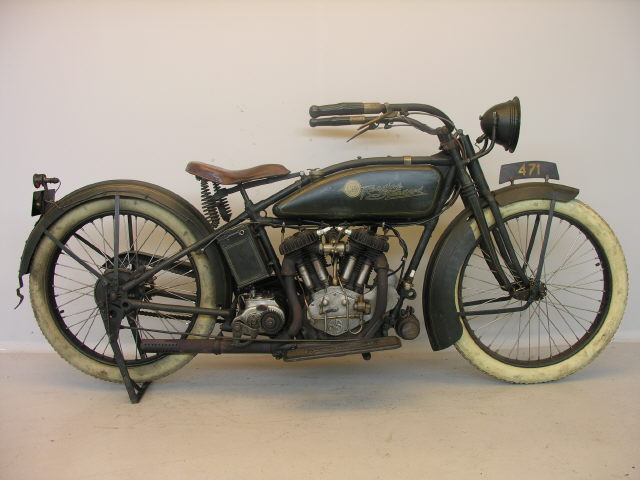 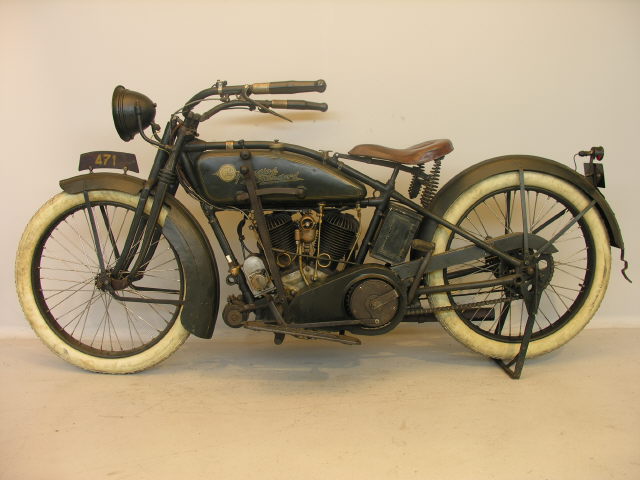 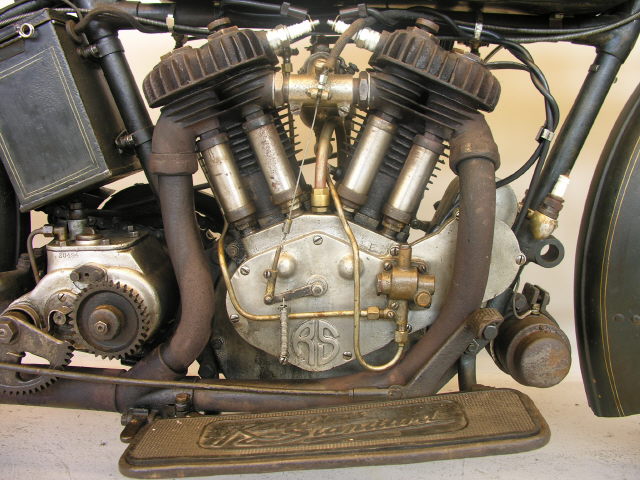 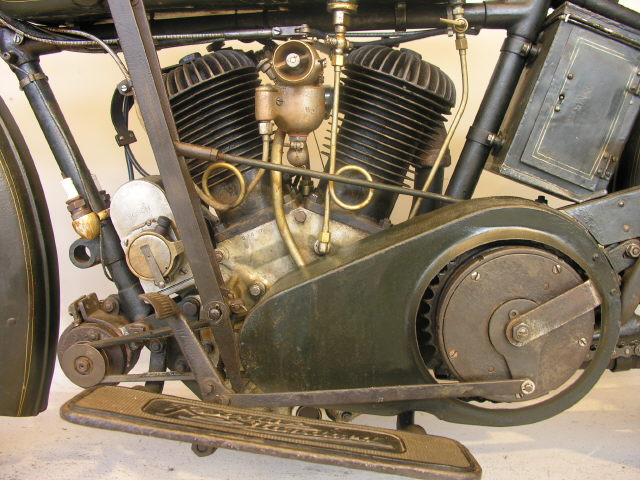 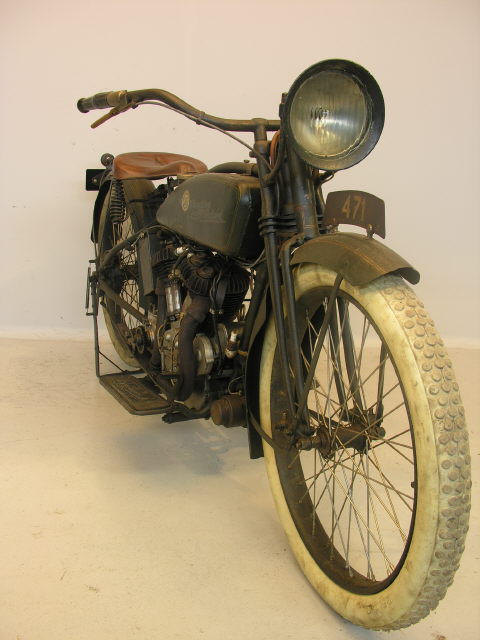 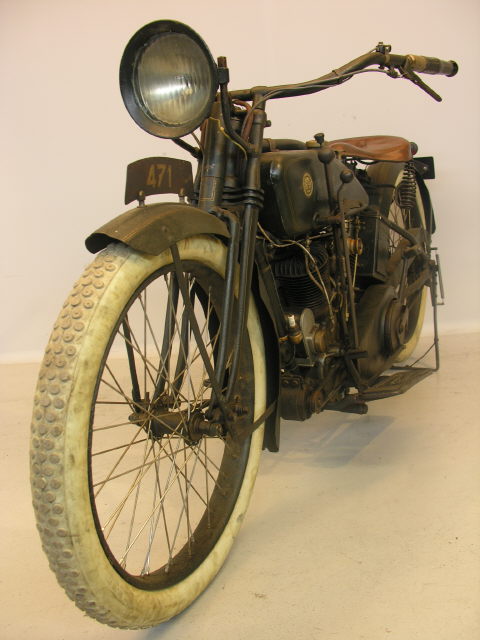 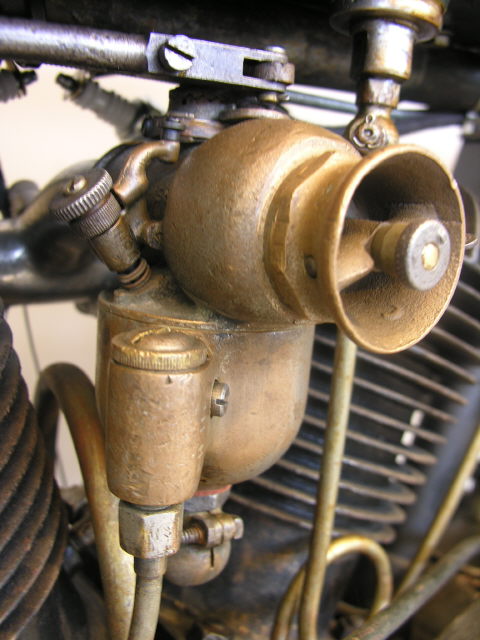 Reading  Standard machines were manufactured between 1903 and 1924 in Reading, Pennsylvania. Initially single cylinders were built, later the make earned fame with well engineered sidevalve V- twins.
Machines with OHC engines were also made, but these were only available for works racers and not for sale to the public.
The designer of the early R.S engines was Charles Gustafsson, who left the firm in 1907 and joined the much bigger Indian Motocycle Company.
One of his succesful designs for Indian was the  Powerplus model, that was brought out in 1916
In 1922 the company was taken over by the Cleveland Motorcycle Company. In Oct 1923  Reading Standard announced a new model, the 1924 “Greyhound” that had some 15 improvements to the 1923 model.
The selling price was to be around  $345, while at that time a Ford Model T would cost around $290.
Sales were not encouraging, so  in 1924 the Cleveland Motorcycle  Co.decided to drop R.S. production and concentrate on their own  small two stroke model and their newly designed inline four.
Some five years later the curtain fell for Cleveland as well.
The machine is an older restoration equipped with electric lighting and has a very charming patina.