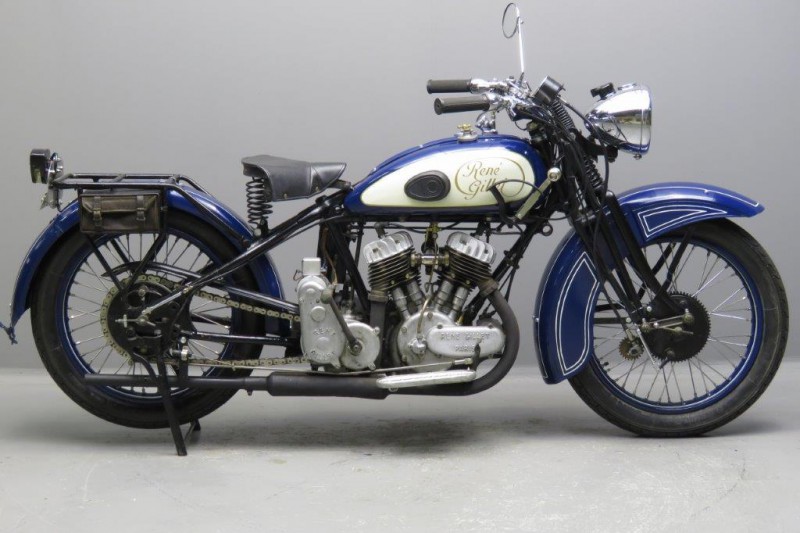 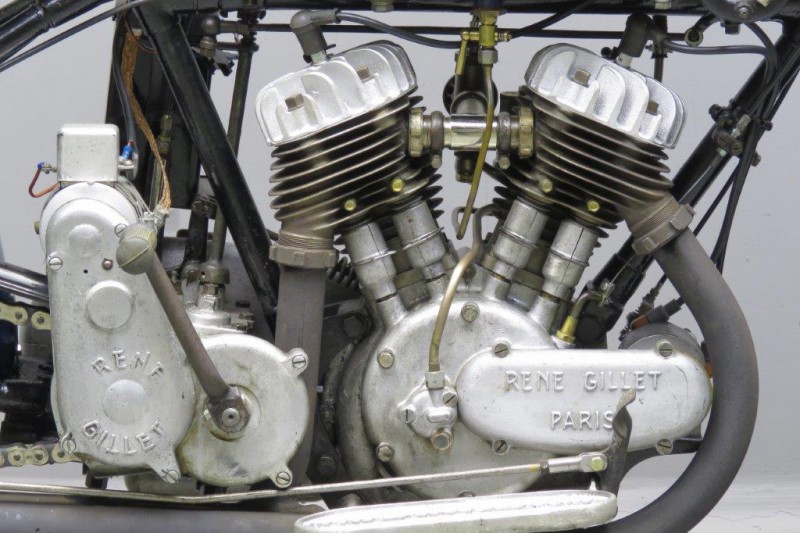 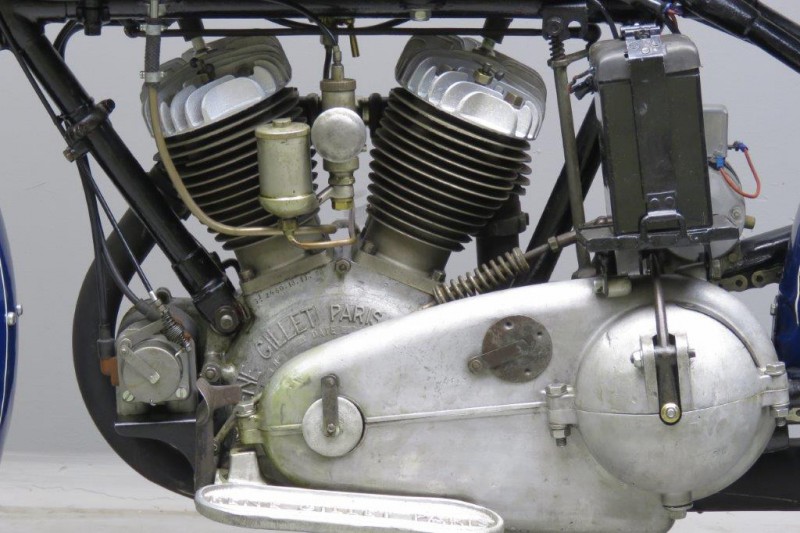 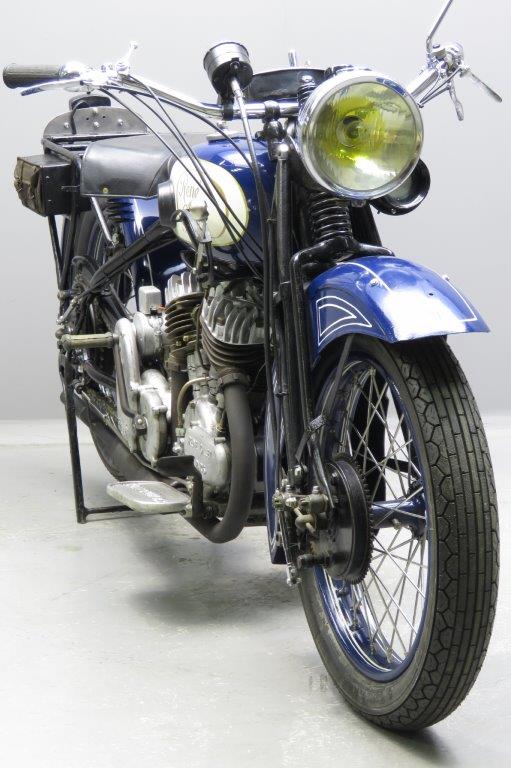 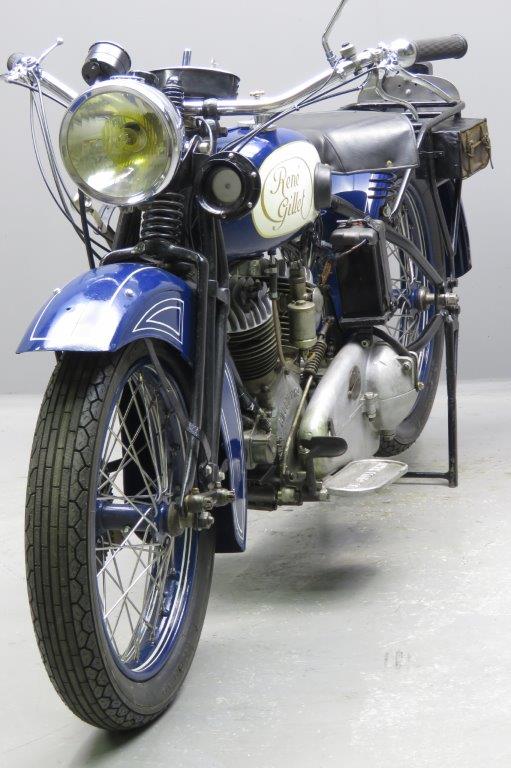 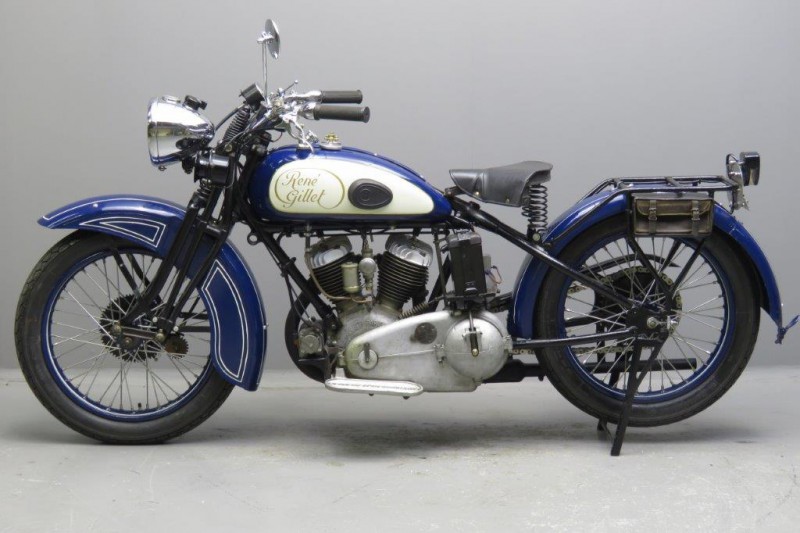 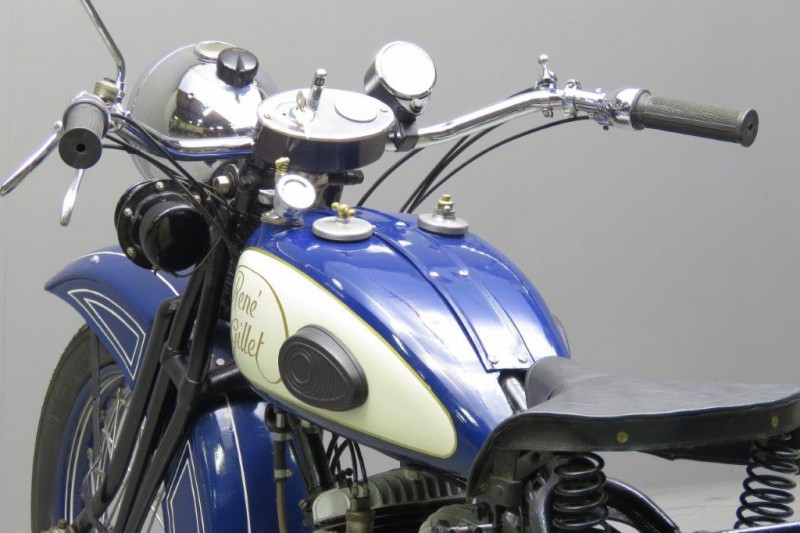 René Gillet  was born in 1877 in the French town of Troyes as the son of a railway employee.
He was mechanically gifted and started to experiment with the construction of engines  when he was  around twenty years old.
In his first attempts to construct motorized bicycles he placed the engine above the front wheel like the Werner brothers did, but later on he moved the engine to the bracket position.
At first his workshop was situated in the Villa Collet, a side street off  Rue Didot  in the 14th  district of Paris. Later on he moved to bigger premises at the Route d’Orléans  in Montrouge,  only a few miles to the south.
Commercial scale motorcycle production started around 1902 and from 1904 Mr. Gillet’s main interest became  the development of   45o V-twin motorcycles.
The first  model was a  500 cc  machine with automatic intake valves.
René Gillet  machines became very popular because of their sturdy construction and reliable running.
They were especially suited for  use with a sidecar and  the French Army and Police Forces  became  regular  customers of the company. In the nineteen thirties the model line consisted of four basic types, all side valves.
Models L and H were 350 cc and 500 cc singles,  Model G and J were 750cc and 1000 cc v-twins. After 1945  business declined because of lack of development;  some light two stroke models were marketed  but in 1955 the company was taken over by Peugeot and in 1958 the curtain fell.  This model G has bore x stroke of 97.7 x 70 mm and delivers 14 HP.
Petrol capacity is 13 litres, the oil compartment holds 6 litres.
The wheels  are  quickly detachable and exchangeable.
The clutch can be operated by hand and by foot. Top speed is 110 km/hour, weight 165 kilograms.
This sturdy vintage machine is  an older restoration hat comes complete with O.S. speedometer. For more information on the make: www.renegillet.de