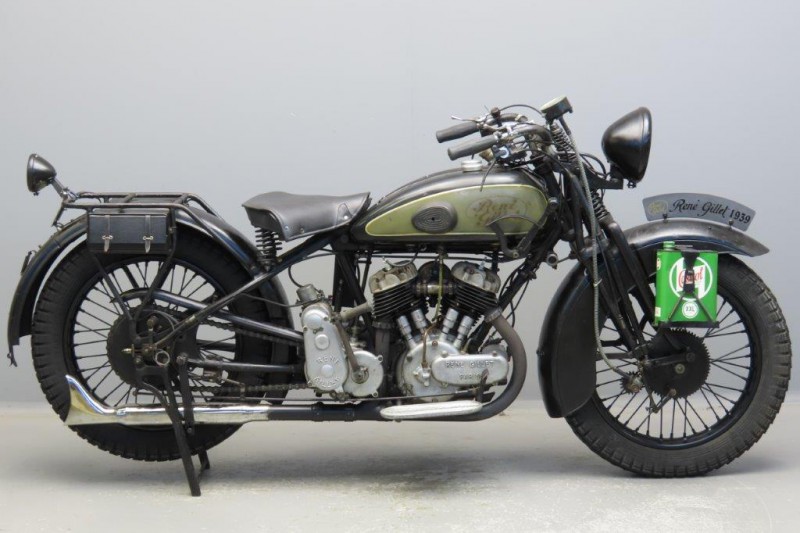 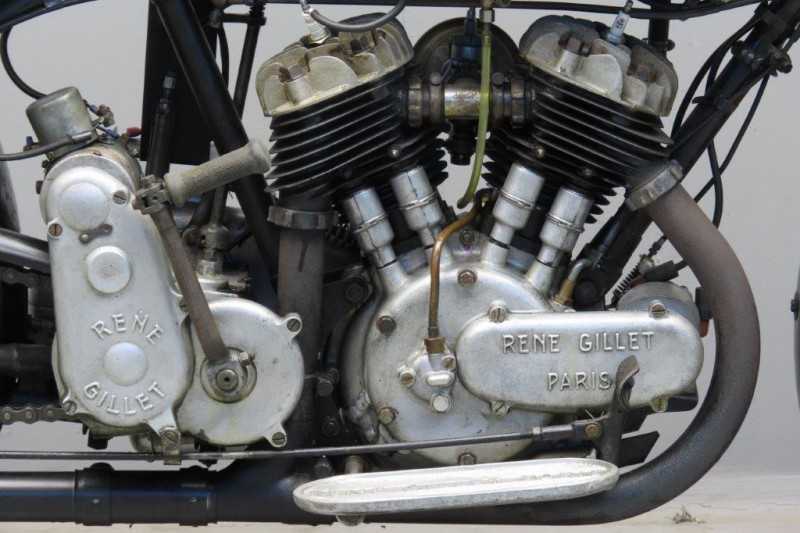 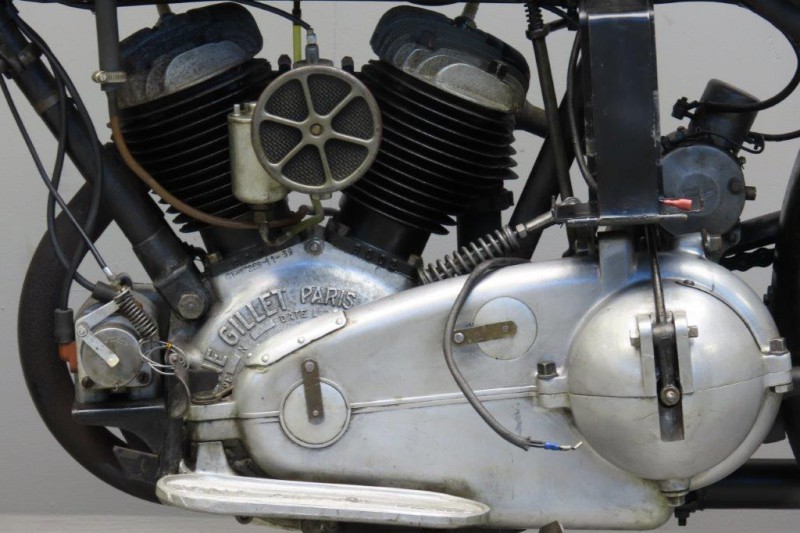 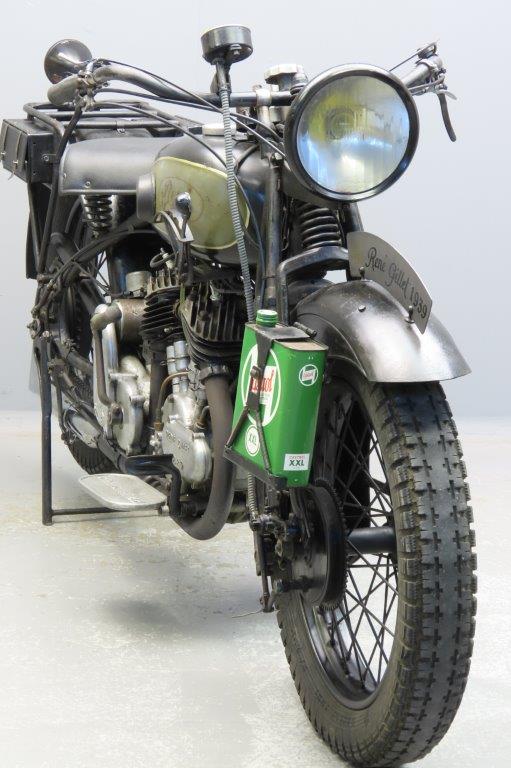 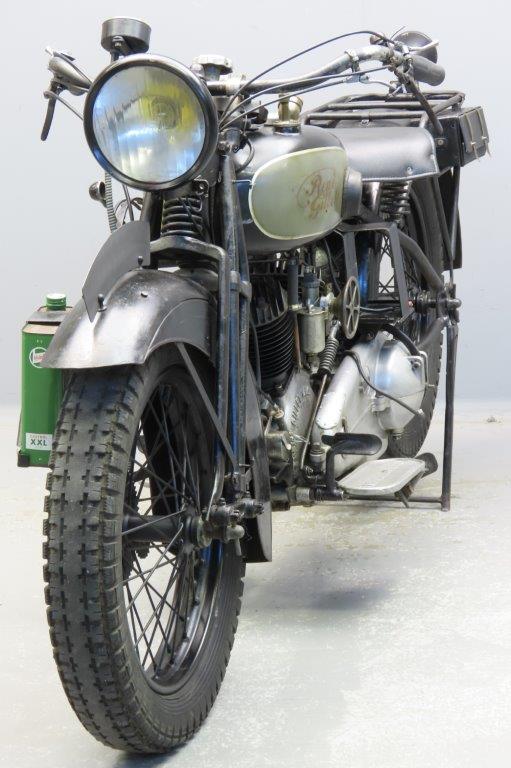 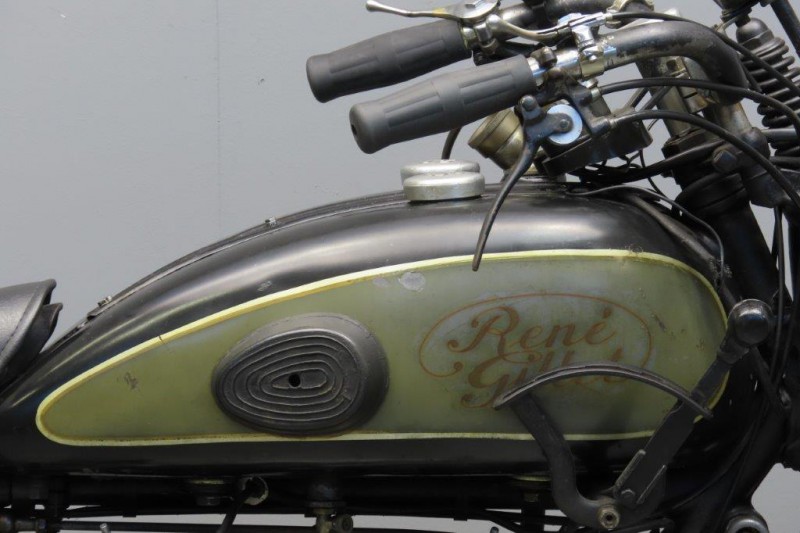 The 750 cc V-twin 6hp model was first presented at the Paris Salon in October 1921.
In the early months of 1922 the French Army had written out a contest to evaluate motorcycles with a view of replacing the British and American machines that had been in service since the war years.
The idea was to find a French manufacturer who could fulfil the army orders and René Gillet made an excellent impression.
The French army and police forces placed substantial orders for solo and sidecar machines and continued doing so till the outbreak of WW2.
The company proudly labelled a version of the twin “ type armée Française” and got much positive publicity that resulted in excellent sales.
The twins were produced from 1922 till 1954 (from the end of 1928 there was also a 1000 cc model J with 10mm larger bore but the same stroke) and in these years a minimum of modifications were carried out to the design.
Only three types of v-twin engine were used: a 750 with fixed cylinder heads, a 750 with detachable ones and a 1000 cc.
Frames were either the flat tank type or saddle tank type with or without rear suspension.
Most other modifications were mere detail changes.
After 1945 business declined because of lack of development; some light two stroke models were marketed but in 1955 the company was taken over by Peugeot and in 1958 the curtain fell.
This model G has bore x stroke of 97.7 x 70 mm and delivers about 16 hp @2400 rpm.
Petrol capacity is 14 litres, the oil compartment holds 6 litres. The wheels are quickly detachable and exchangeable.
The clutch can be operated by hand and by foot and there’s a four speed gearbox on board.
The machine comes with Jaeger speedometer, jiffy stand, pillion seat and oil can in special holder on front forks.
The crankcase shows the month of engine manufacture: November, 1939.
This sturdy and reliable vintage twin is an older restoration in good condition.
For more information on the make: www.renegillet.de