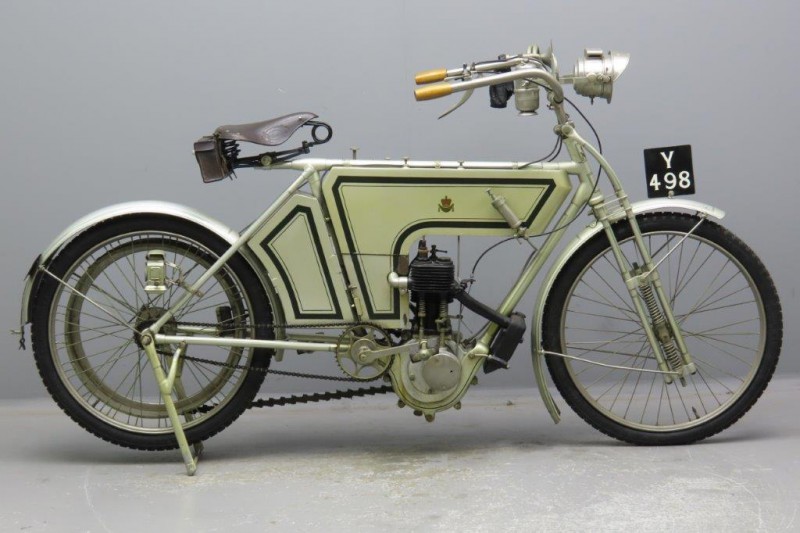 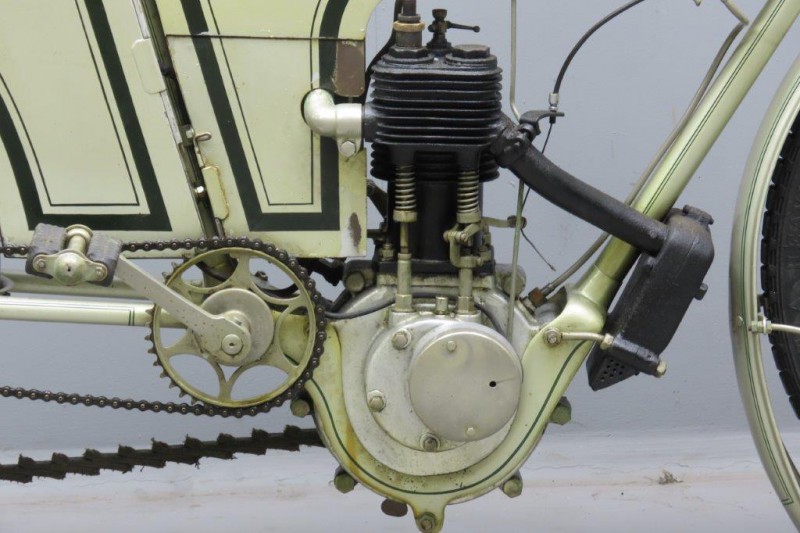 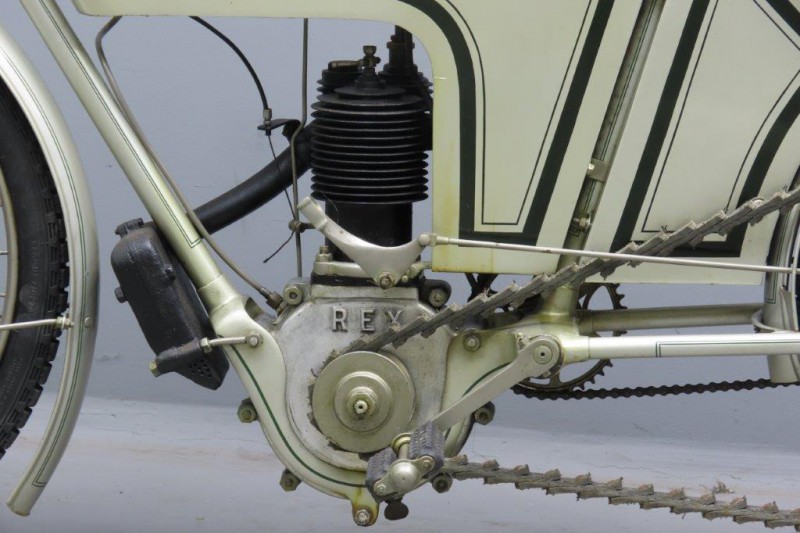 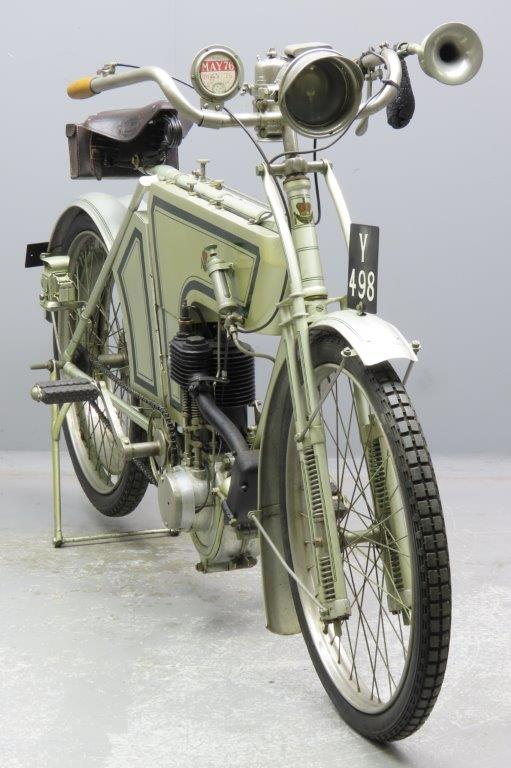 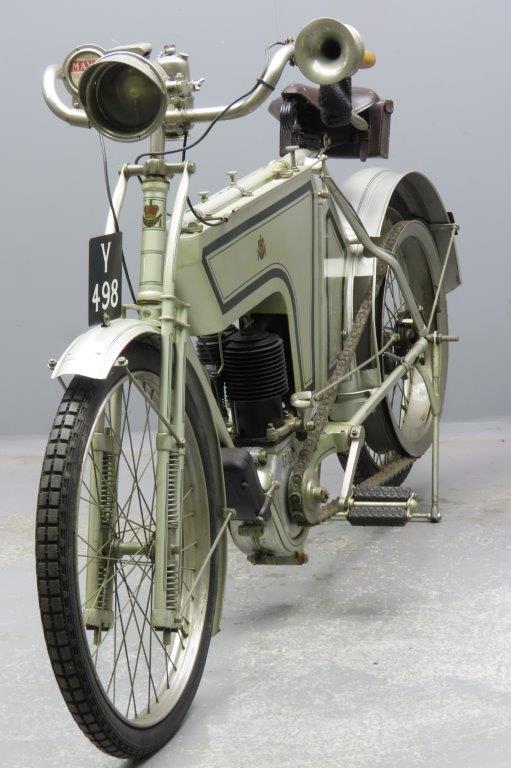 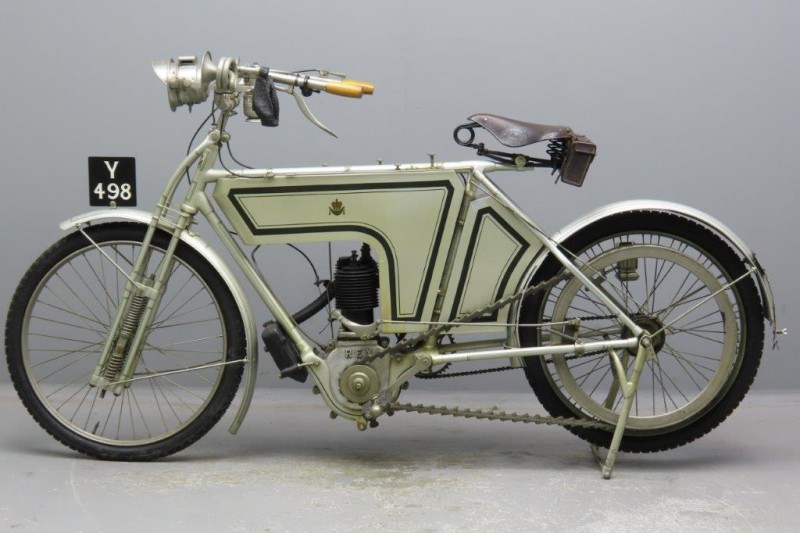 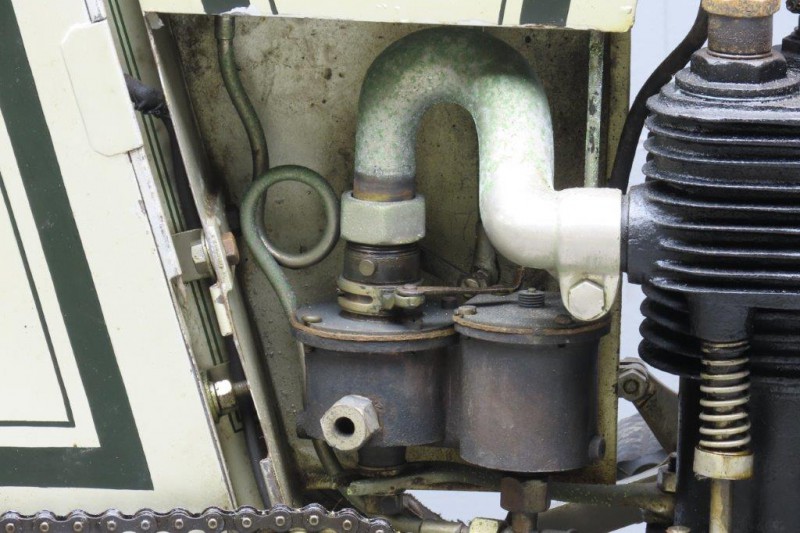 Rex was one of the first and foremost manufacturers of motorcycles in Britain.
Their advertising slogan read “ The King of British motors”, and the firm was a true market leader in design and development.
From 1902 the engine was positioned vertically in the frame, and all parts were made – so claimed the makers- at their own works.
At the 1904 Show no less than 50 Rex machines were on display and the firm offered a generous exchange policy “to relieve motorcyclists of their troublesome or unsatisfactory mounts in exchange for the light, low Rex, the ever reliable King of British Motorcycles.” The machines that were taken in exchange for new models were sold off cheap or broken and the parts sold to needy owners.

For 1905 the frame was lowered and 26” instead of 28” wheels were fitted.
A mechanical exhaust valve was adopted and a Longuemare spray carburettor replaced the surface device.
The carburettor was protected and hidden from the eye by a sheet metal box so the machine kept its uncluttered appearance.
In the same year a V- twin model was marketed and for 1906 a well-designed spring fork was added.
The brakes were also improved; the spring fork made the fitting of the usual (and rather useless) wheel rim brake impossible and instead an extra band brake on the rear wheel was utilized.
Other new features for 1906 were “the Silent Silencer”, promised to give the maximum of silence with the minimum of back pressure and a practical handlebar-controlled exhaust lifter.
This sturdy and impressive veteran Rex is an older restoration.
She is fitted with the correct 1906 improvements and comes with Miller acetylene front lighting system, bulb horn and period Lucas rear oil lamp.
Detailed information about veteran Rexes can be found in Jamie Dee’s articles on the make in 1994 “Old Bike” magazines 9 & 10.