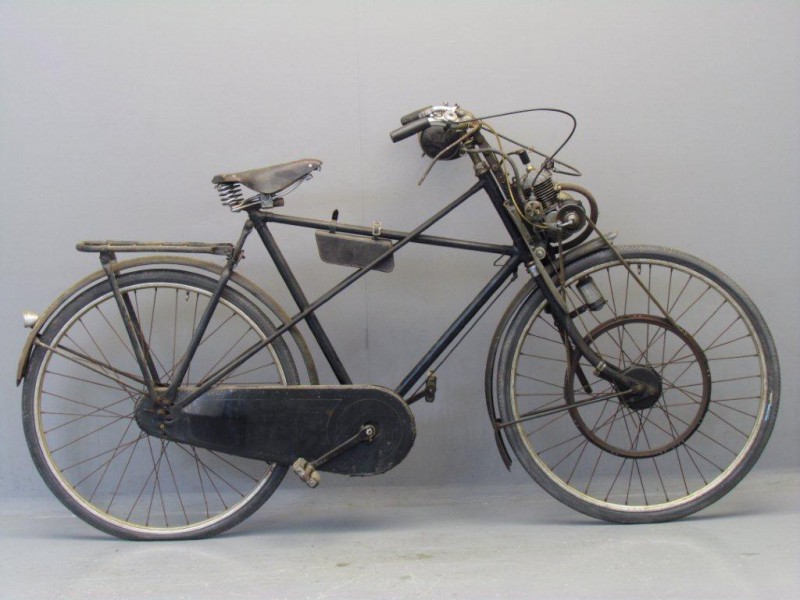 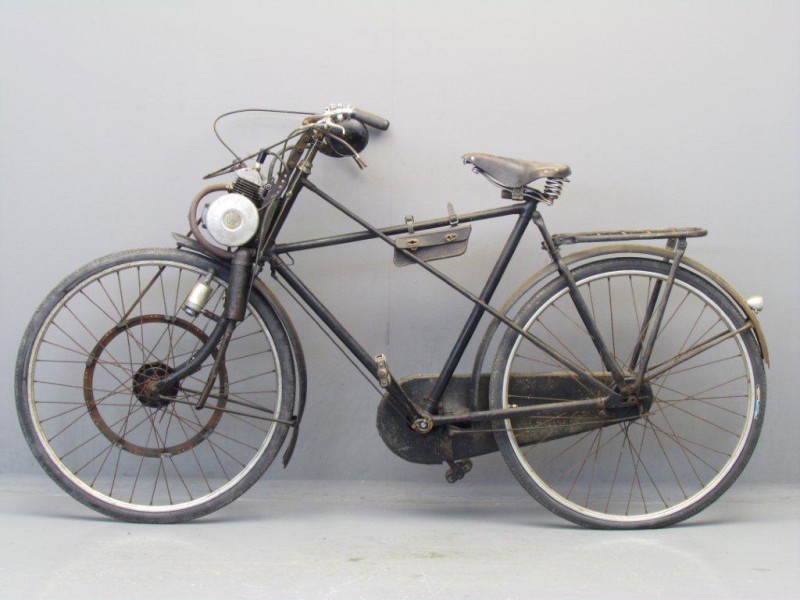 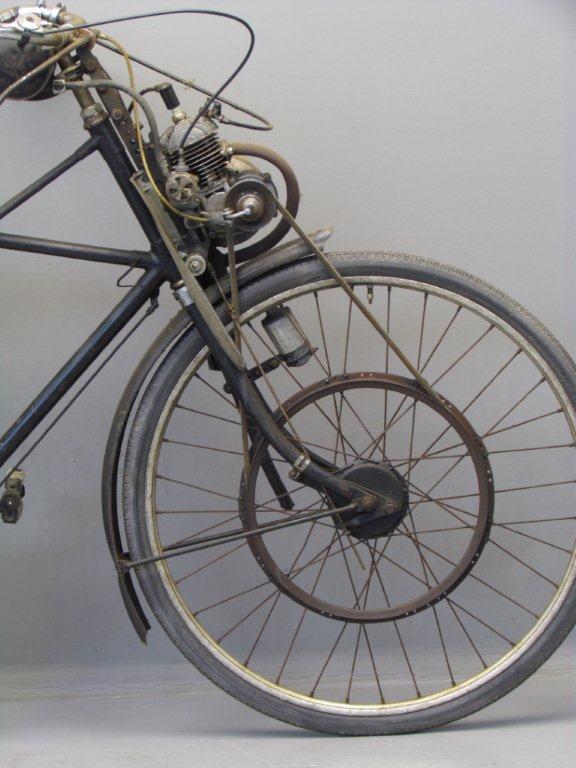 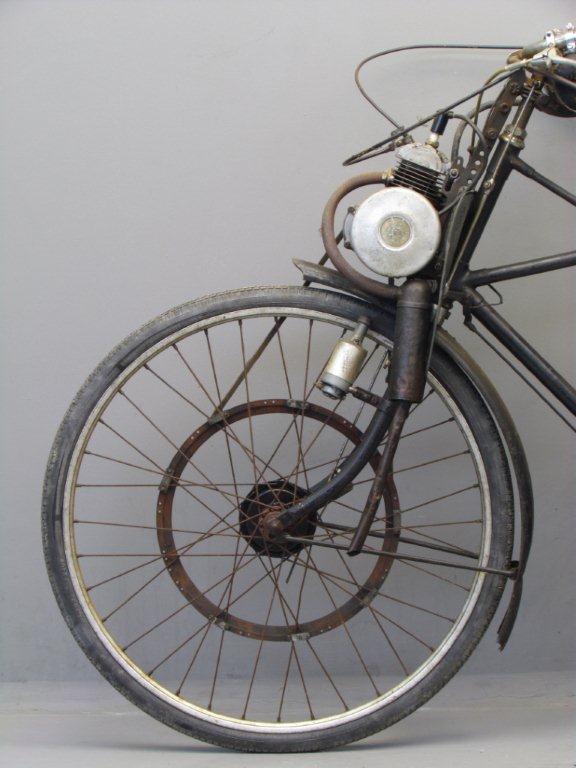 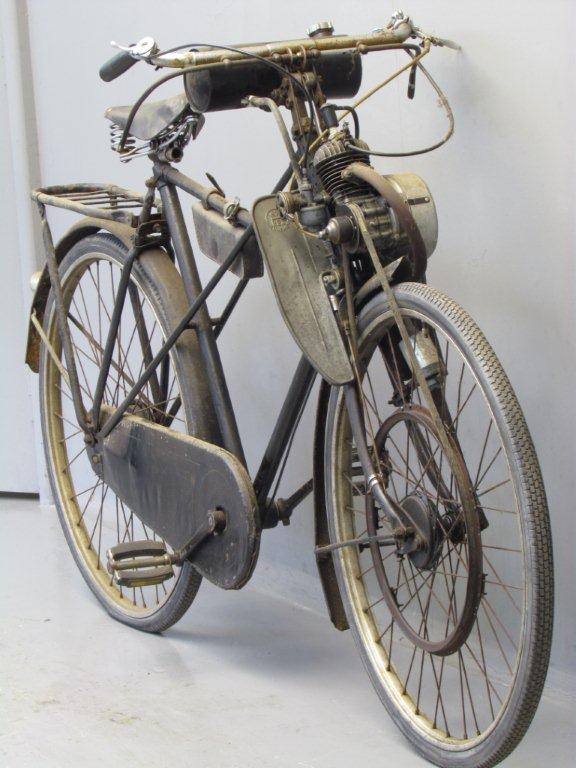 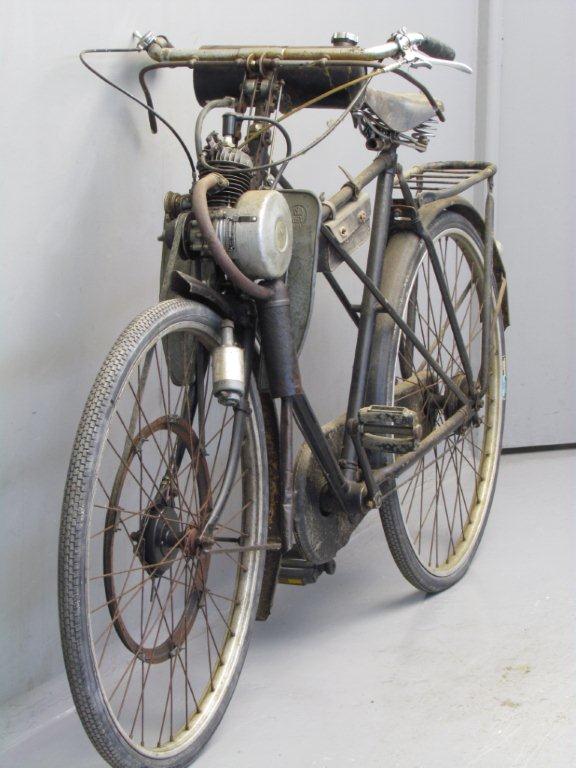 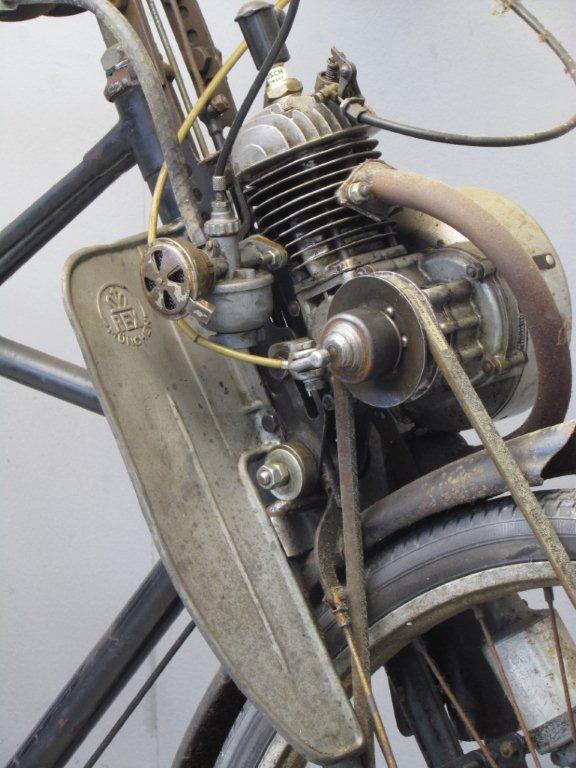 The cyclemotor, or motorised bicycle in general, dates back to the dawn of motor cycling in the last years of the 19th century, but the boom period for these machines was undoubtedly the 1950s.
The cyclemotors of this period usually consisted of a small engine (under 50cc) that could be attached to a normal bicycle.
The positions used by different manufacturers were many and various: above the front wheel; above, alongside or inside the front or rear wheel; or between the pedals.
The final drive was often a roller rubbing on the bicycle tyre but other, more positive, transmissions were used.
Hundreds of different makes were manufactured.
One of them was this German Rex , a Munich-based company which built bicycle engines and complete mopeds.
The two-stroke engines were of 31cc, 38cc, 40cc, and 49cc.
Many cycle-attachments were not produced for long enough for their design flaws to be ironed out and updated; and many of the early postwar machines such were still more-or-less prototypes.
However, most of the German machines were based on sound design technology and well built.
Despite its old-fashioned appearance the Rex is a well-made cycle attachment.
This Rex engine has a clutch and the front wheel is belt driven.
The bicycle is a so called cross frame Simplex.
This example is unrestored and will need recommissioning, however the last owner told us he put it in storage in rolling and running condition.