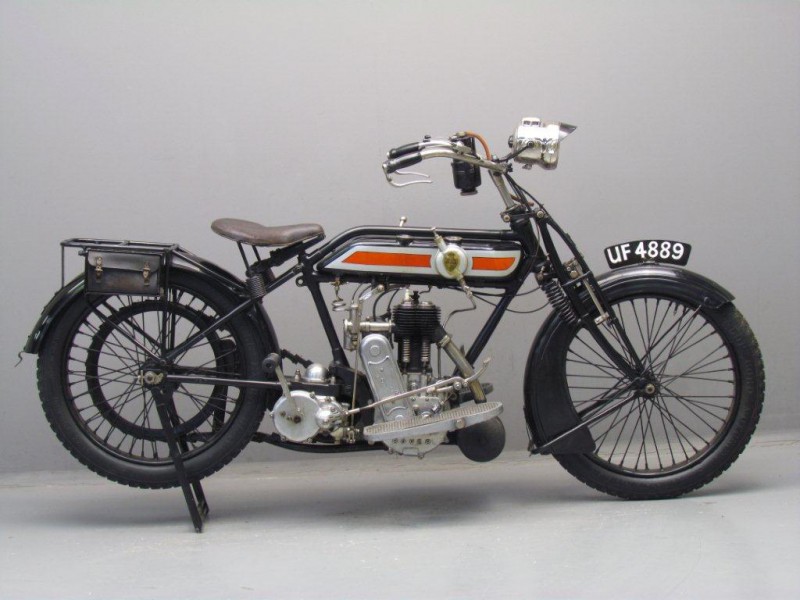 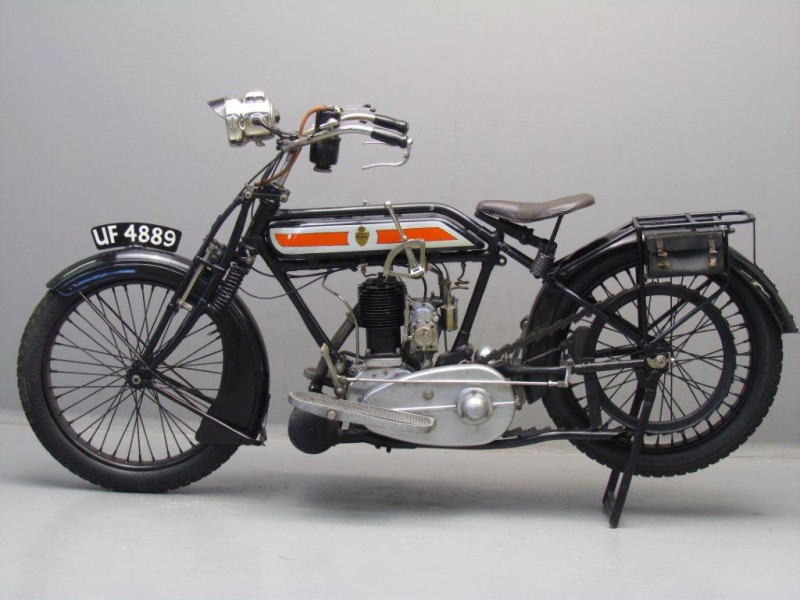 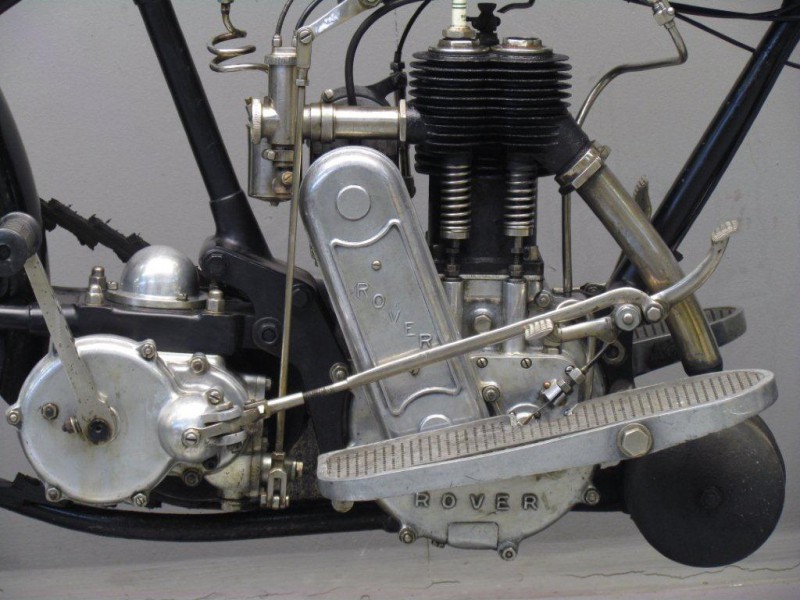 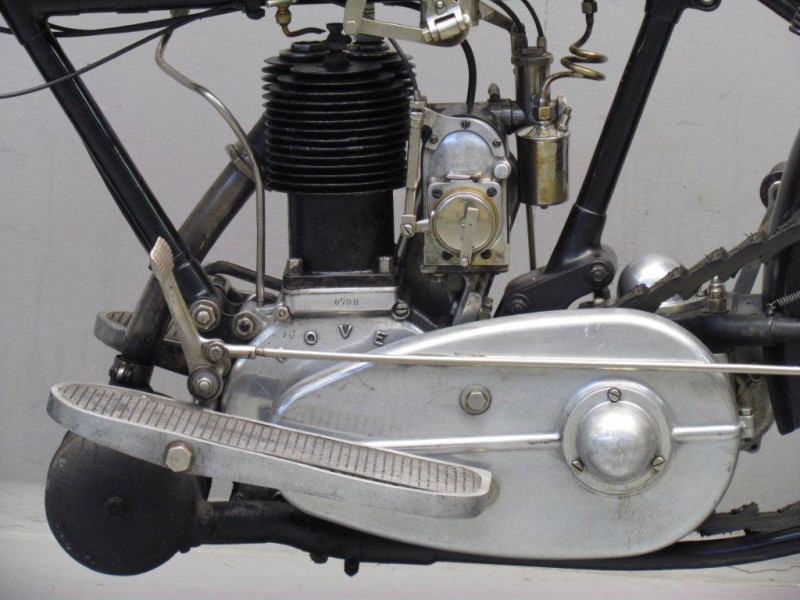 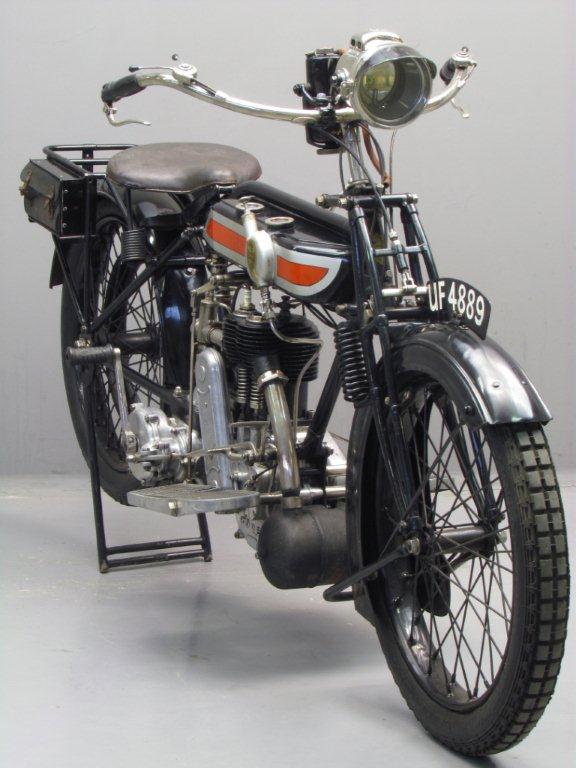 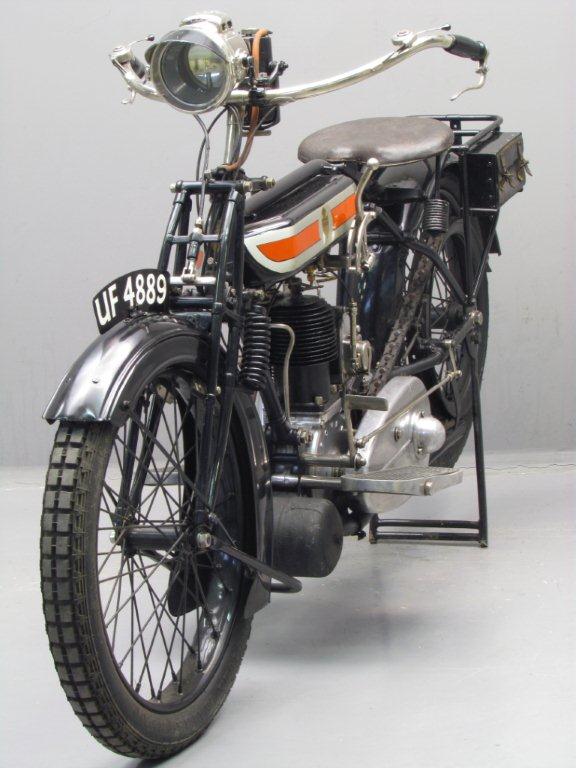 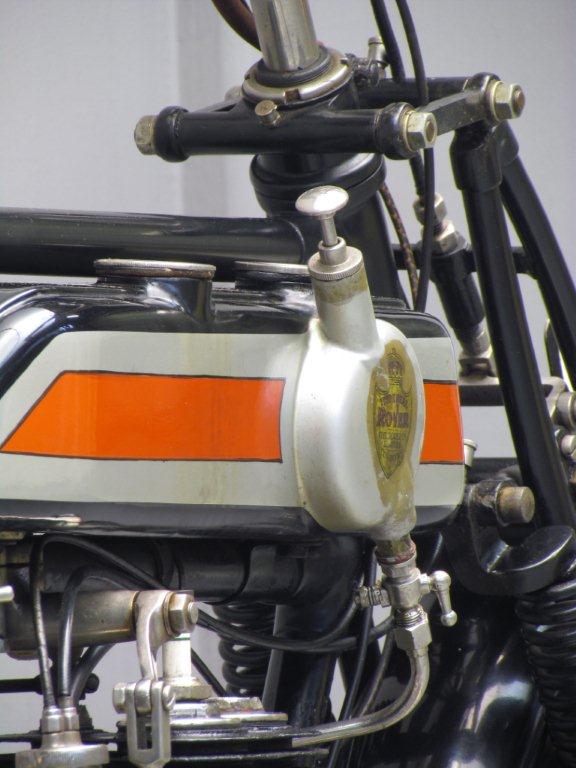 The Rover safety bicycle had created a breakthrough in bicycle design at the end of the 19th century.
At the end of 1903 the company presented its first motorcycle, which was much ahead of its time: a well- designed  side valve engine with mechanically operated valves, spray carburettor, strong frame with double front down tubes and excellent finish.
It created a lot of interest and a thousand or so were sold in 1904. However, in 1905 a serious slump in motorcycle sales started because public confidence in the motorcycle had waned considerably  due to the marketing of many inferior and badly engineered models.
Rover didn’t want to risk its good name and stopped motorcycle production entirely, to concentrate on the bicycle business.
In 1910 the motorcycle’s future seemed rosy again and designer John Greenwood   (later of Sunbeam fame) was commissioned to draw up a new engine.
The 85×88 engine had spring loaded tappets. The Bosch  magneto was placed  high and dry behind the cylinder barrel and it was driven by a silent “ inverted tooth” chain.
Carburettor was by Brown & Barlow and Druid spring forks were fitted.
At the end of 1914 a 3 speed countershaft gearbox with foot clutch control  was added, and from then on till 1924 little changes were made. After WW1 the management decided there was more future in car production and the motorcycle production was moved to other premises in Coventry.
1916 was the last  year  that the gear change handle was positioned to the left of the petrol tank: for model year 1917 the handle would pass through an opening in the tank.
This  machine is equipped with  a British-made   M.L. (Morris and Lister) Coventry  magneto, the popular Bosch instrument was not available for British customers at the time.
The outward appearance of the ML is very much like the Bosch, for that matter.
The motorcycle comes  complete with acetylene lighting  and is a very  presentable older restoration.
http://www.youtube.com/watch?v=VjKa-eJ9lxw