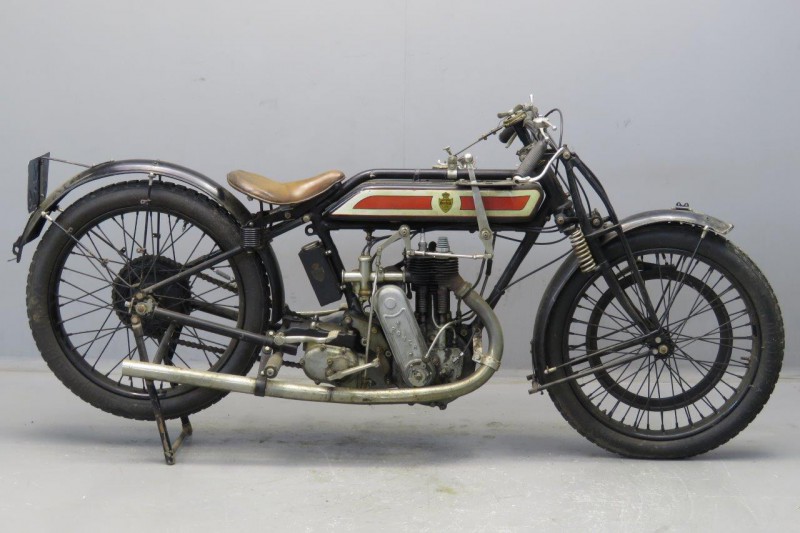 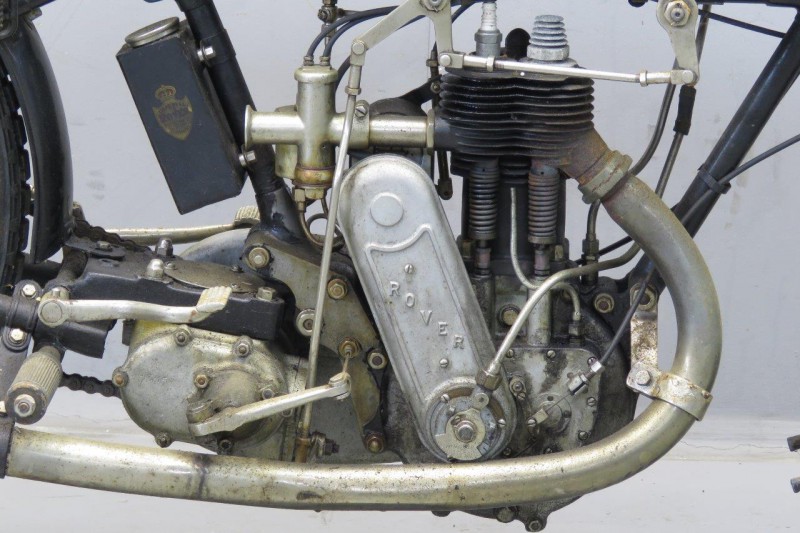 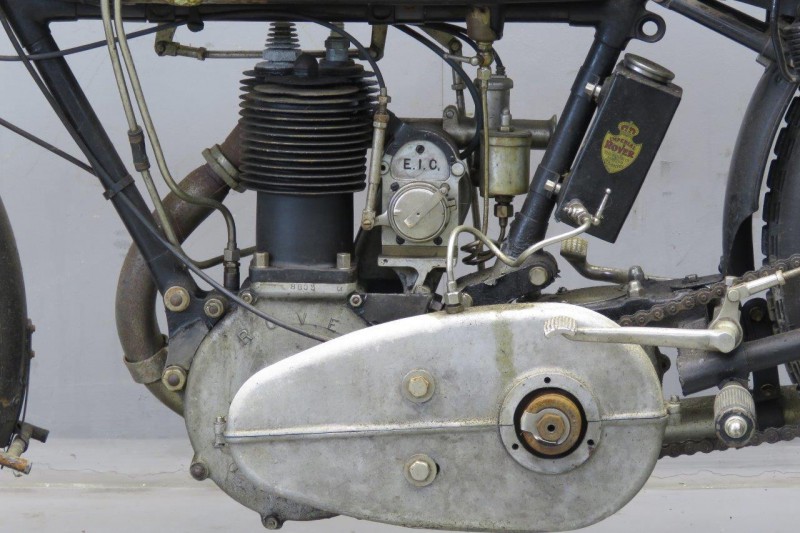 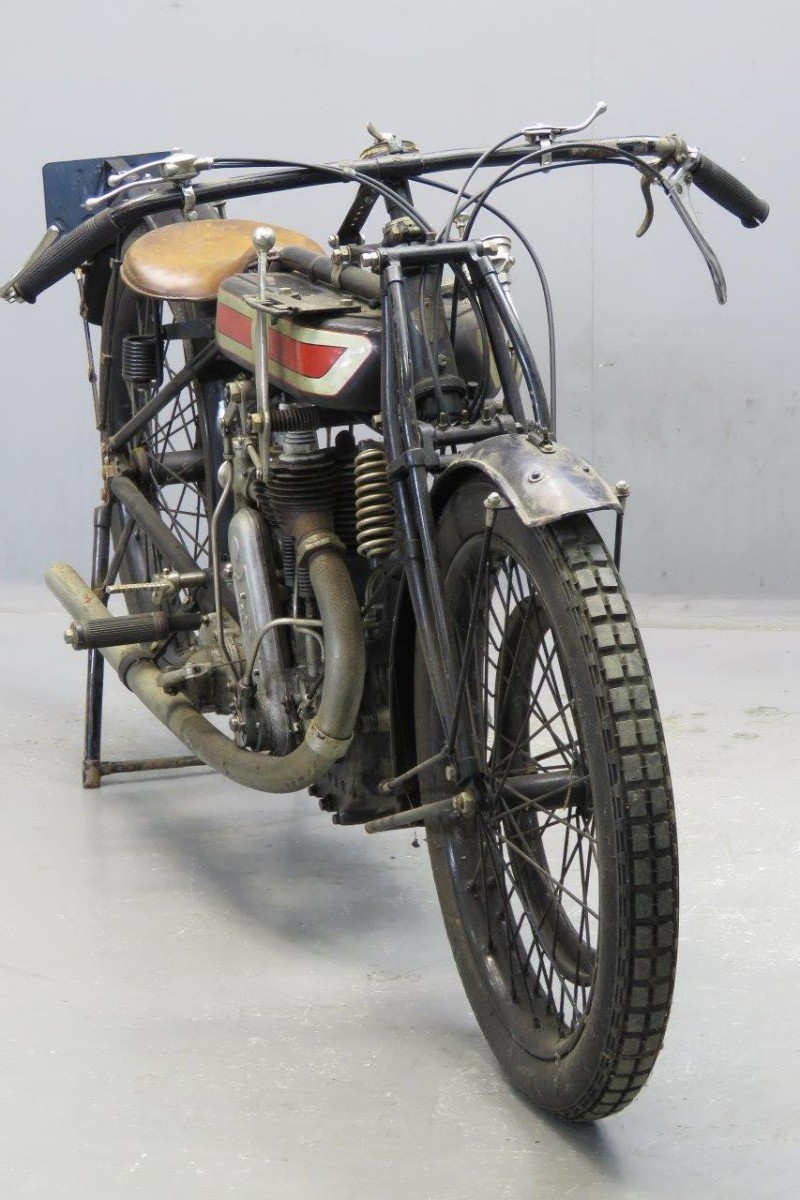 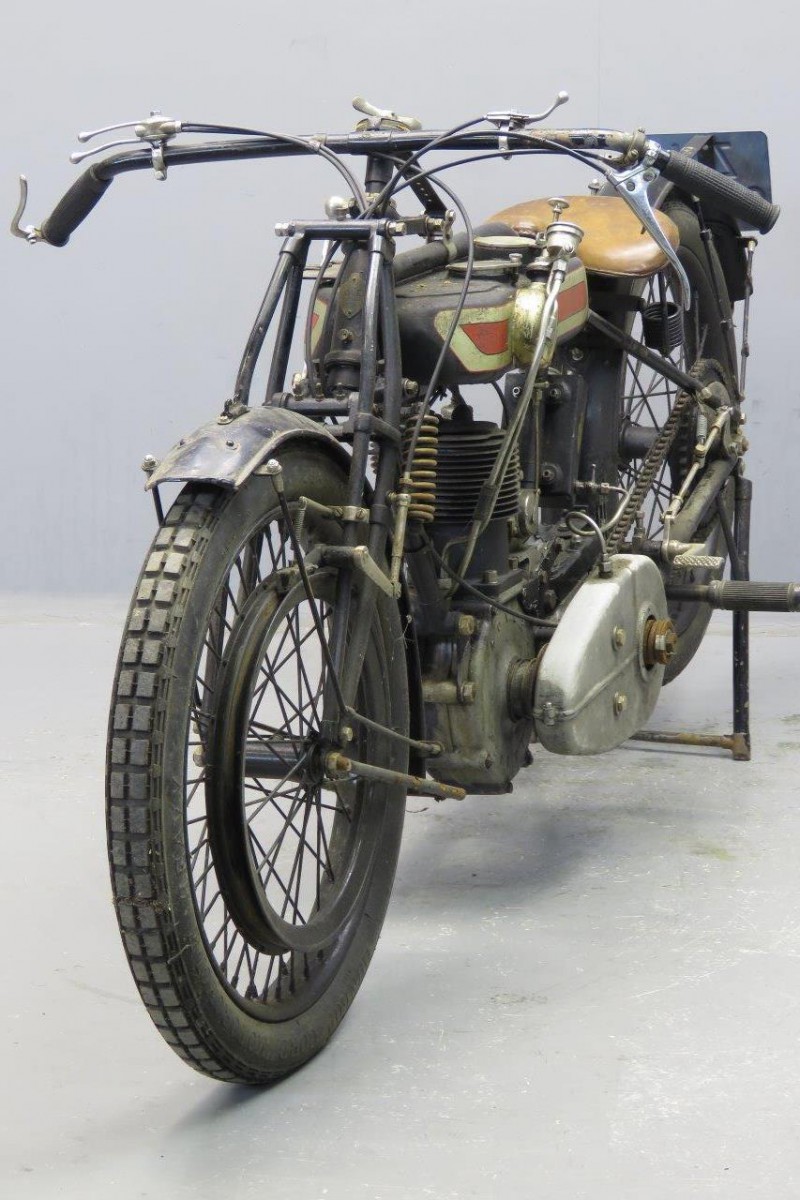 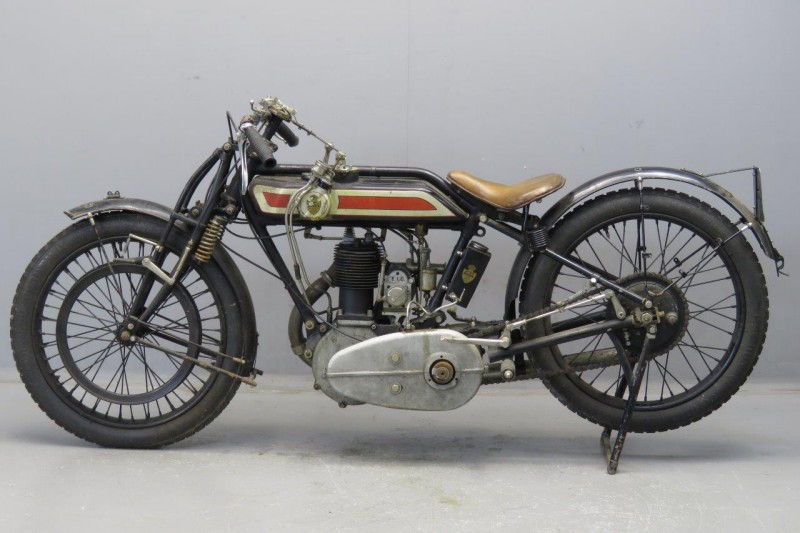 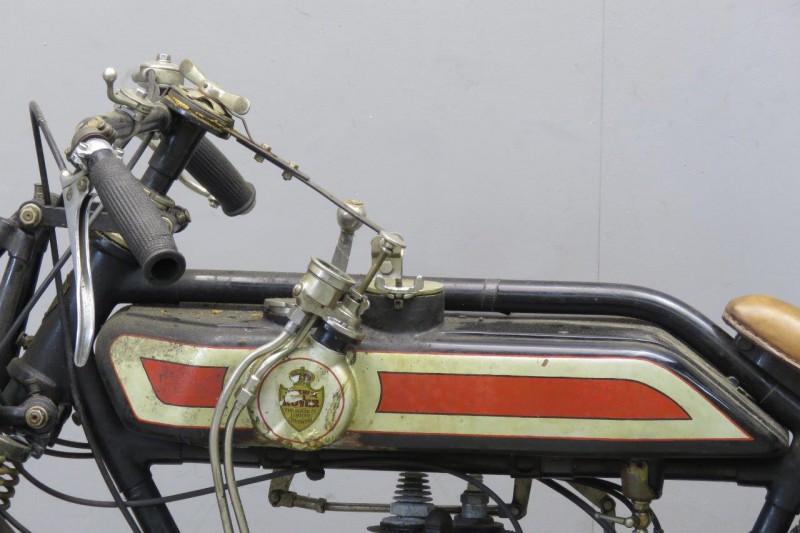 In 1921 the Rover management decided to take part in the TT races in the Isle of  Man.
The company had been experimenting with an OHV engine and it was planned to use that engine for the racers.
Owing to the short time available for trying out before the Isle of man races it was decided  to use a more conventional engine. Basis for the racing  side valve engine was the well- tried  3 ½ hp  touring machine.
Externally the only visible difference from the standard engine was the  timing gear spindle driven Best & Lloyd  oil pump  that delivered oil to the side of the cylinder. Internally more changed had been made:  the  moving parts of the engine had been considerable lightened and the bearings  strengthened.
The gearbox was of the  close-ratio  type and a kick- starter was not fitted.
Two brake pedals operated the internal-expanding rear brake  and a Binks carburettor  was fitted to control the mixture.
The petrol tank had extra large filler openings with quick-release caps.
The riders Brandish, Elliot and Collard  formed the Rover team in the  Senior races on  Thursday  16  June.  Walter Brandish gave the best performance  and came in 13th. . It is believed this machine is one of these TT machines.
It  found its way to Scotland and was used on the road till 1939.
It was restored a number of years ago  but was stored under unfavourable conditions.
It could do with some spit and polish but the engine is  very powerful and still shows its racing potential.

The old logbook still  shows registration number GA8004, same as the machine shown in the factory brochure depicting the then used racing machines.