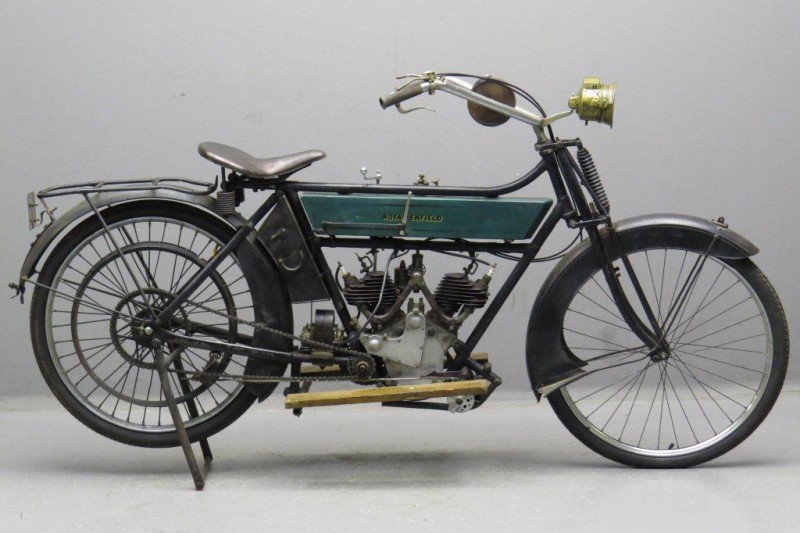 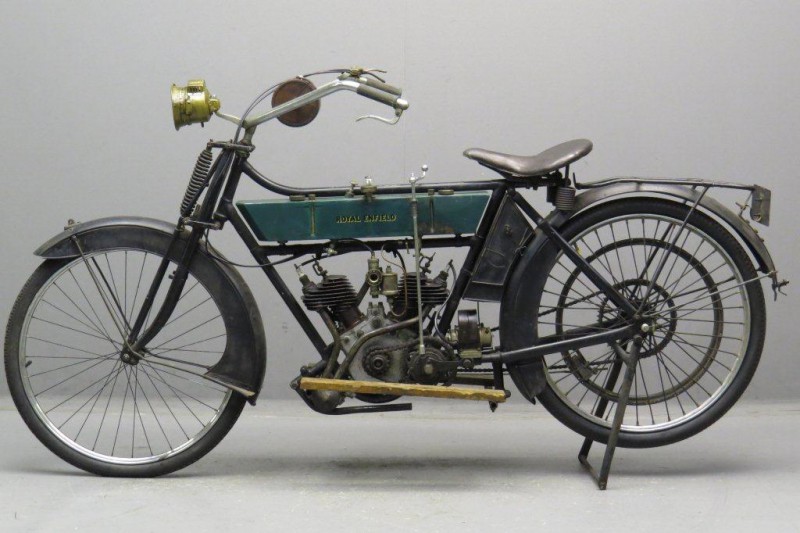 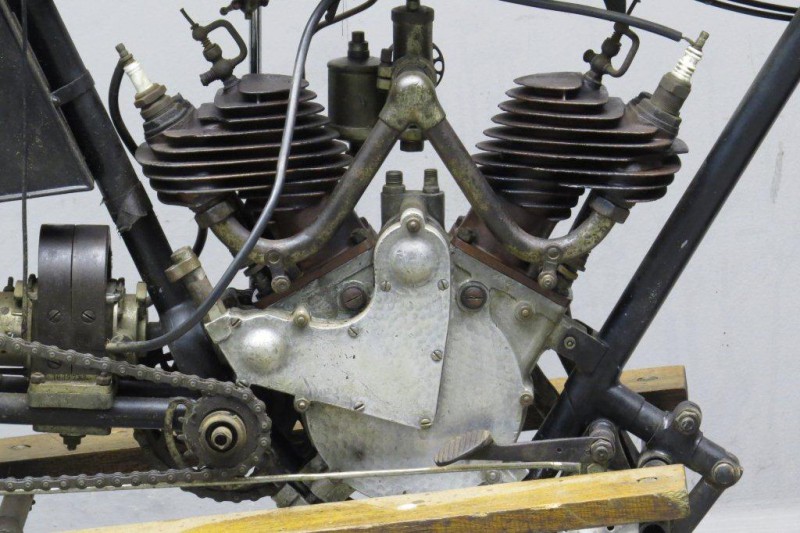 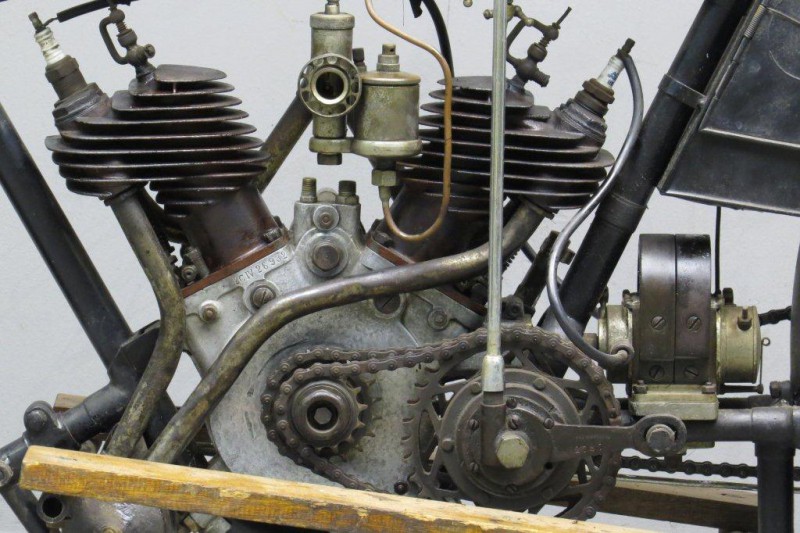 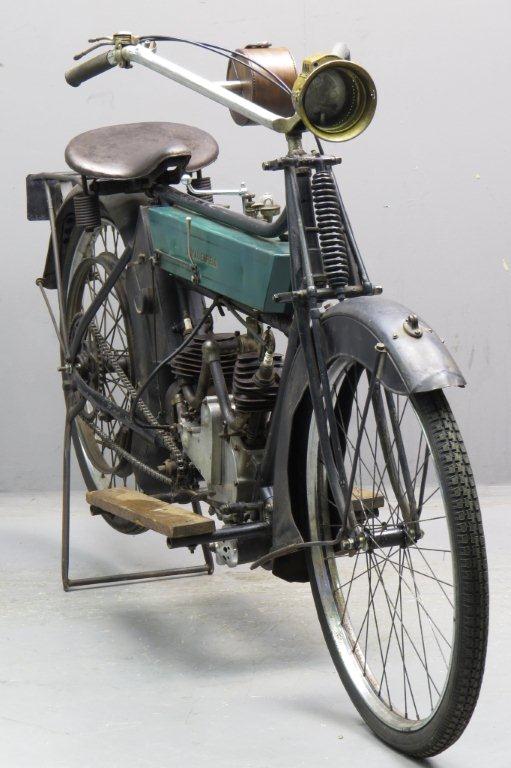 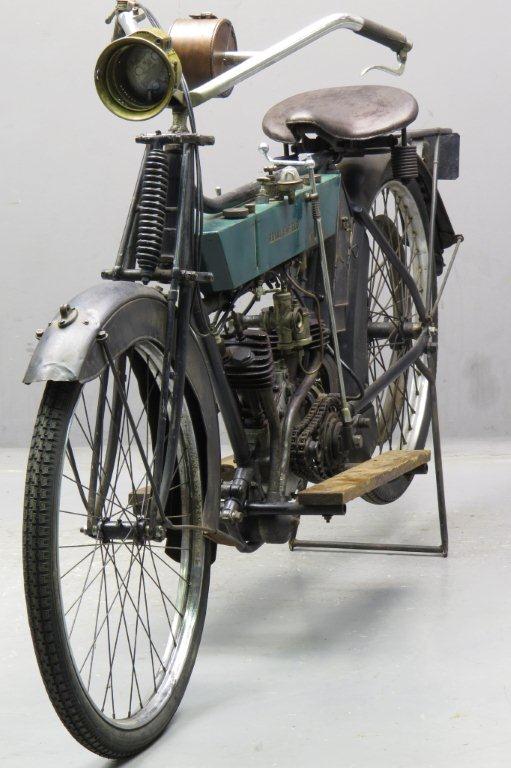 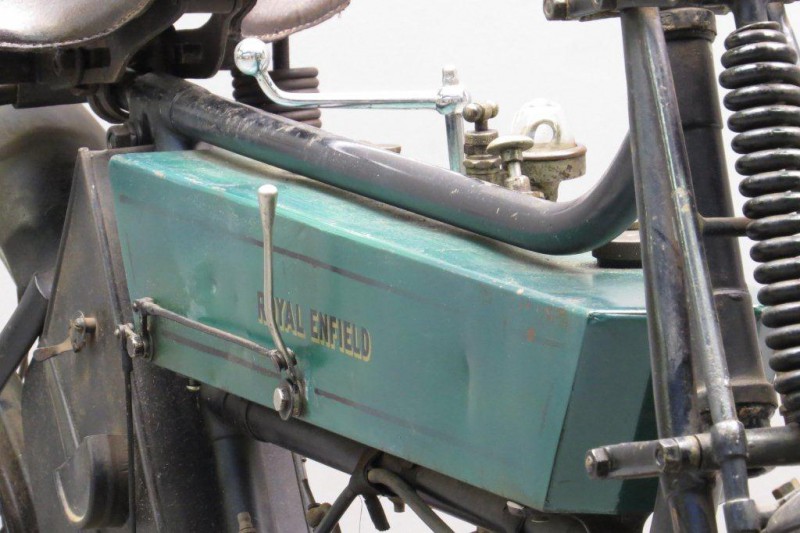 The Redditch based Royal Enfield firm entered the motorcycle business as early as 1898:
In the early days engines from De Dion powered their tricycles and quadricycles; Minerva supplied the power for the first motorized cycles.
By 1904 the firm was concentrating on car production, resuming motorcycle manufacture in 1910 with a 2¼hp v-twin Motosacoche-powered lightweight.
A 2¾hp version with two-speed gear and all-chain drive followed.
These machines were equipped with the famous Enfield two-speed gear, involving twin primary chains.
In the rear wheel hub a rubber cush drive was fitted to take the punch out of the chaindrive.
This feature was to be incorporated into all Royal Enfields until the very end.
The famous JAP v-twin-engined 6hp sidecar outfit joined the range for 1912, and the firm continued the v-twin theme with a new 3hp solo for 1913, the latter being powered by Enfield’s own 425cc inlet-over-exhaust engine, which was raced successfully in 350cc form.
This rare Motosacoche-powered Royal Enfield v-twin veteran has been kept in dry storage for the preceding 40 or so years.
The Enfield is missing its chain guards, has been fitted with wooden footboards and is painted the wrong colour, but otherwise remains remarkably original for a 100-year-old machine.
It would most certainly make a rewarding restoration project.