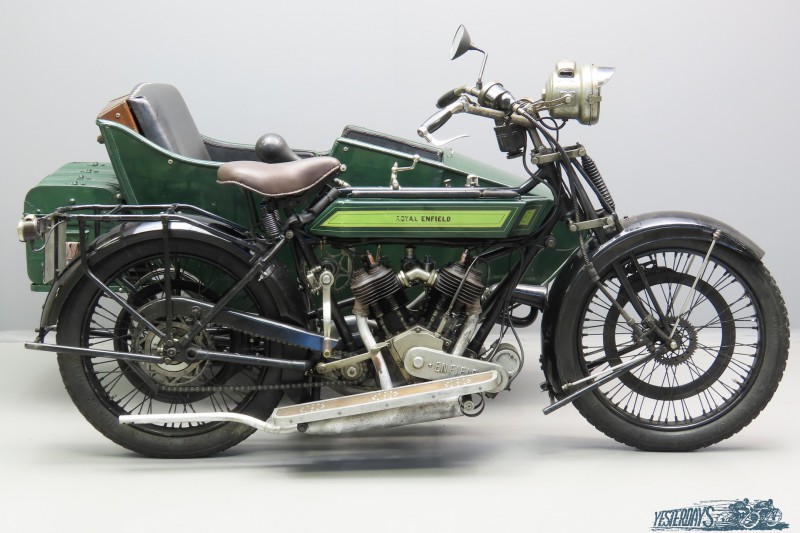 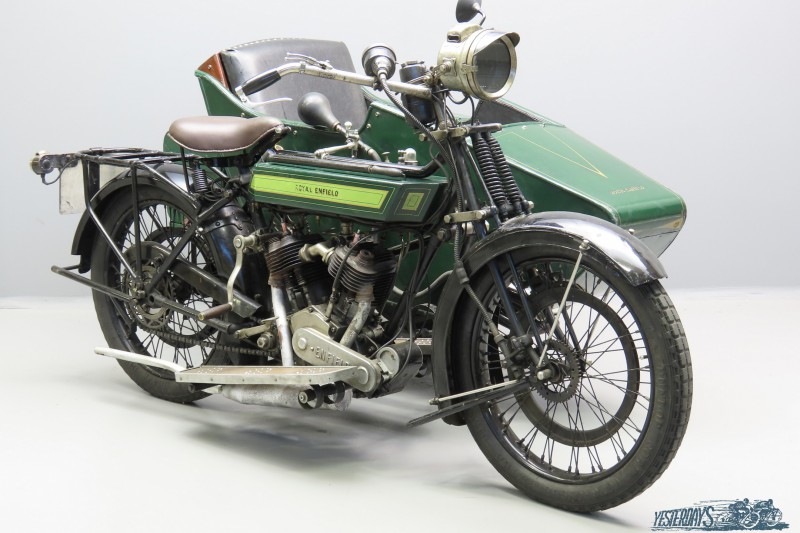 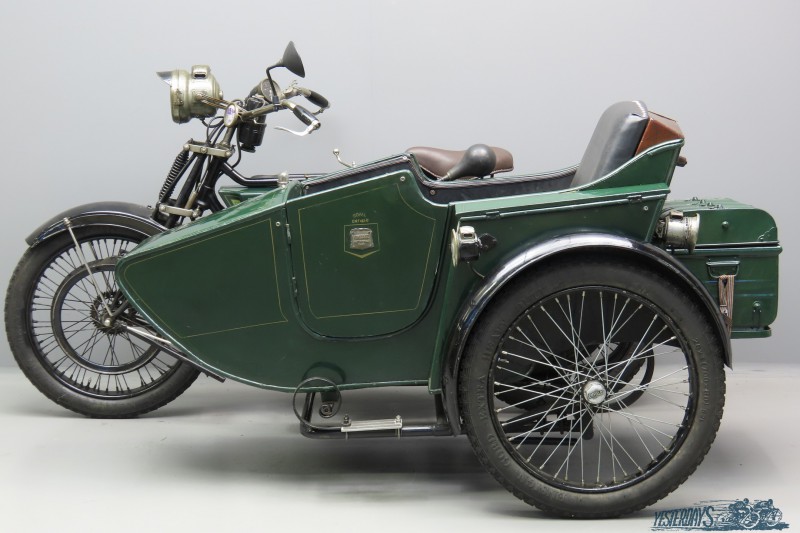 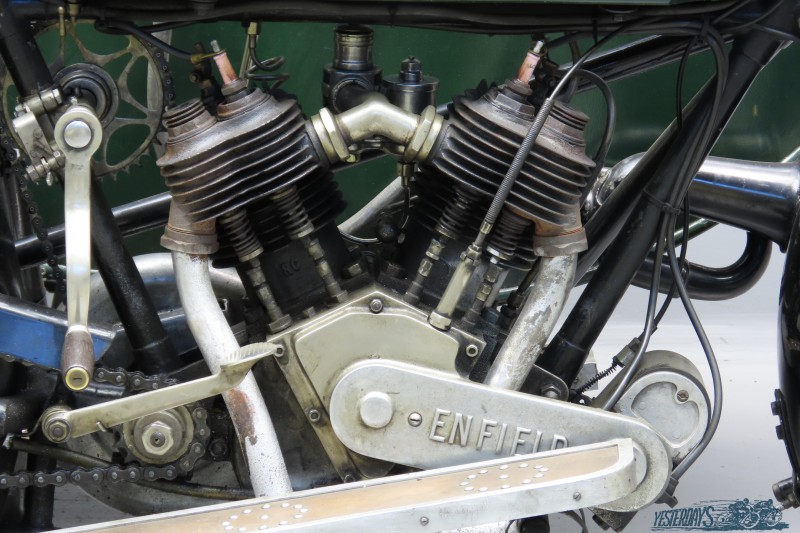 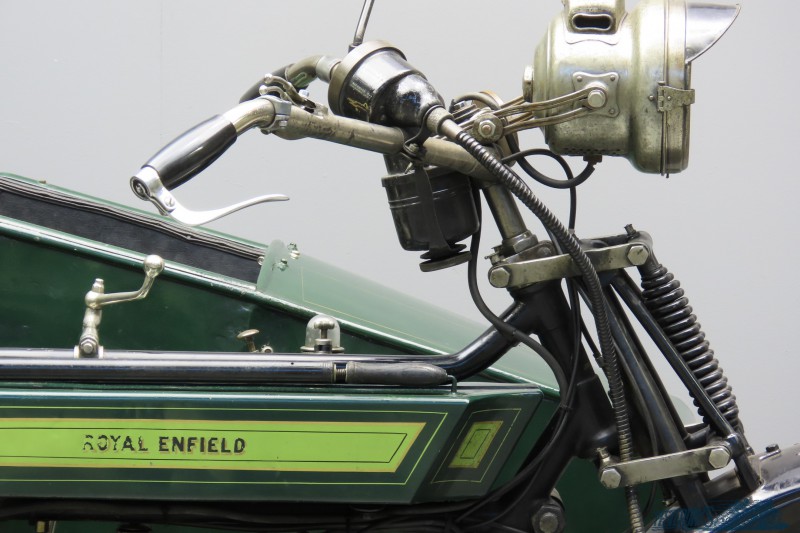 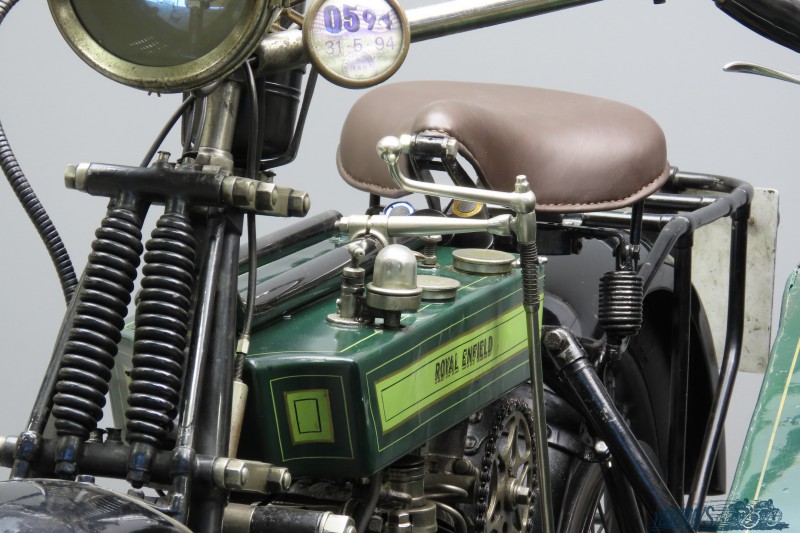 The origins of the Royal Enfield marque can be traced back to a small light engineering firm – George Townsend & Company – founded in Redditch, Worcestershire in mid-Victorian times.
The firm moved into bicycle manufacture and by the turn of the century had been reorganised as the Enfield Cycle Company, makers of the ‘Royal Enfield’.
The Redditch company built its first powered vehicles – De Dion-engined tricycles and quadri-cycles – in the closing years of the 19th Century, and its first motorcycle around 1900.
By 1904 the firm was concentrating on car production, resuming motorcycle manufacture in 1910 with a Motosacoche-powered lightweight.
This model was equipped with the famous Enfield two-speed gear, involving twin primary chains.
In the rear wheel hub a rubber cush drive was fitted, to take the punch out of the chaindrive.
This feature was to be incorporated into all Royal Enfields until the very end. In the 1914 Junior TT eight out of nine Royal Enfield twins finished, with a very creditable five in the first twenty places.
Next to the light twins there was the 6HP 770cc “Model 180” that was especially suited for sidecar work.
For model year 1919 a 225cc two stroke single was available and V-twins in capacities of 424, 770 and 990cc.
The model 180 was standard fitted with the 6 HP 770cc engine, optionally a 990cc 8 HP power source could be installed.
The machine we present is an older restoration that was acquired by the former owner some 10 years ago.
The machine was in running condition but was in need of some attention: new valves, piston rings and wheel bearings were fitted, the magneto was rewound and the sidecar bottom was renewed.
Also new tyres and new spokes for the sidecar wheel were obtained and fitted.
The result of this work is a reliable and well running combination: the machine has been used regularly on vintage club runs, has a lot of pulling power and excellent road holding and is capable of a top speed of some 80 km.
Not advisable though according to the former owner: the vintage brakes are not really suitable for such a speed….
This impressive combination features a hand crank starter system and comes with P & H acetylene lighting, Watford speedo, Lucas bulb horn, tyre pump, rear view mirror and lockable luggage trunk.