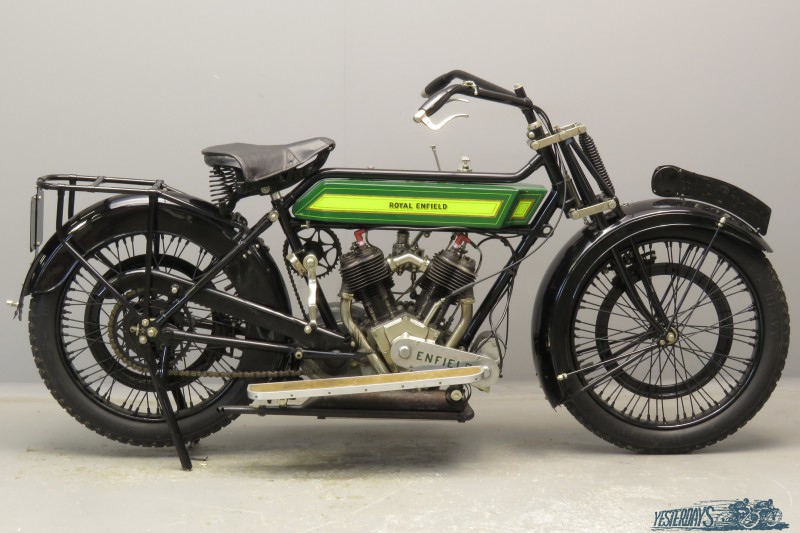 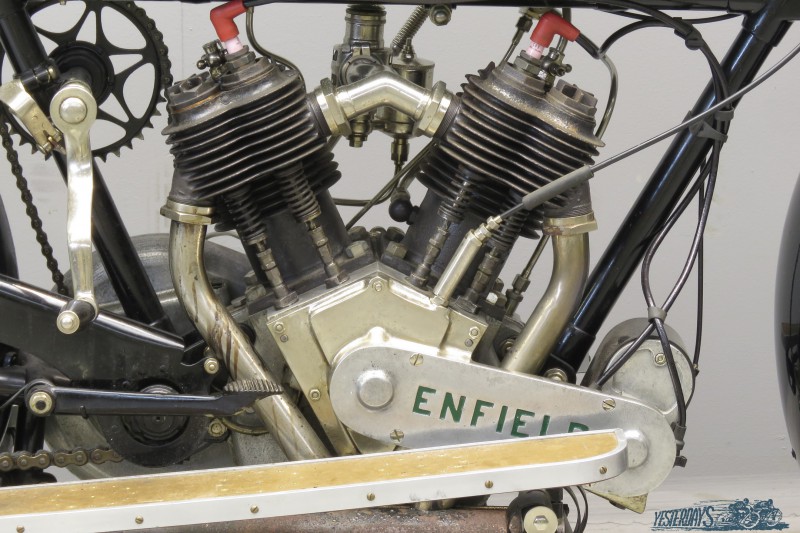 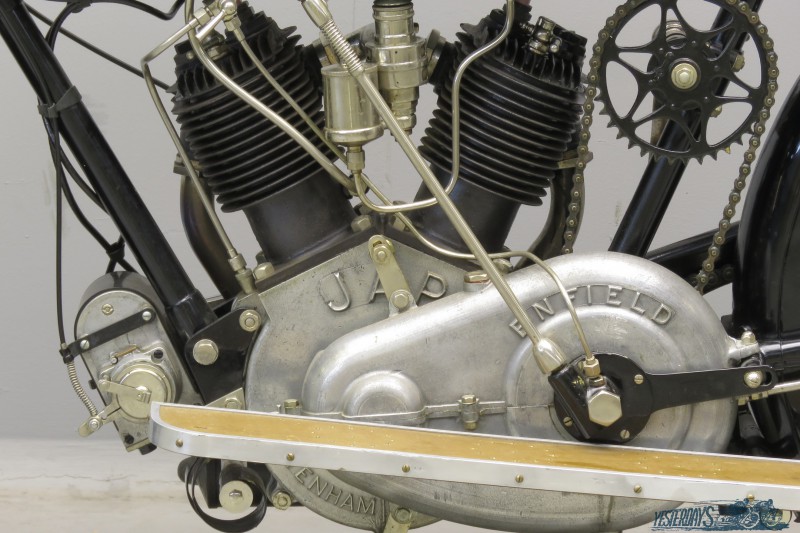 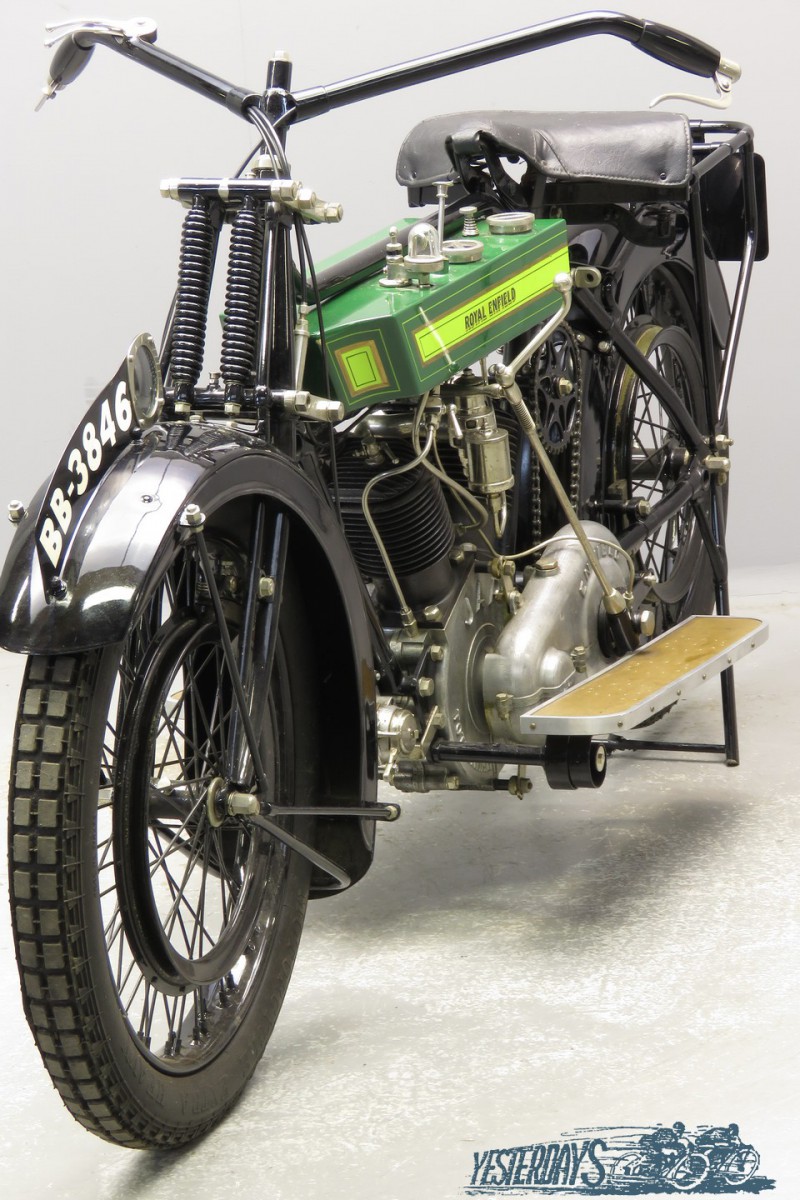 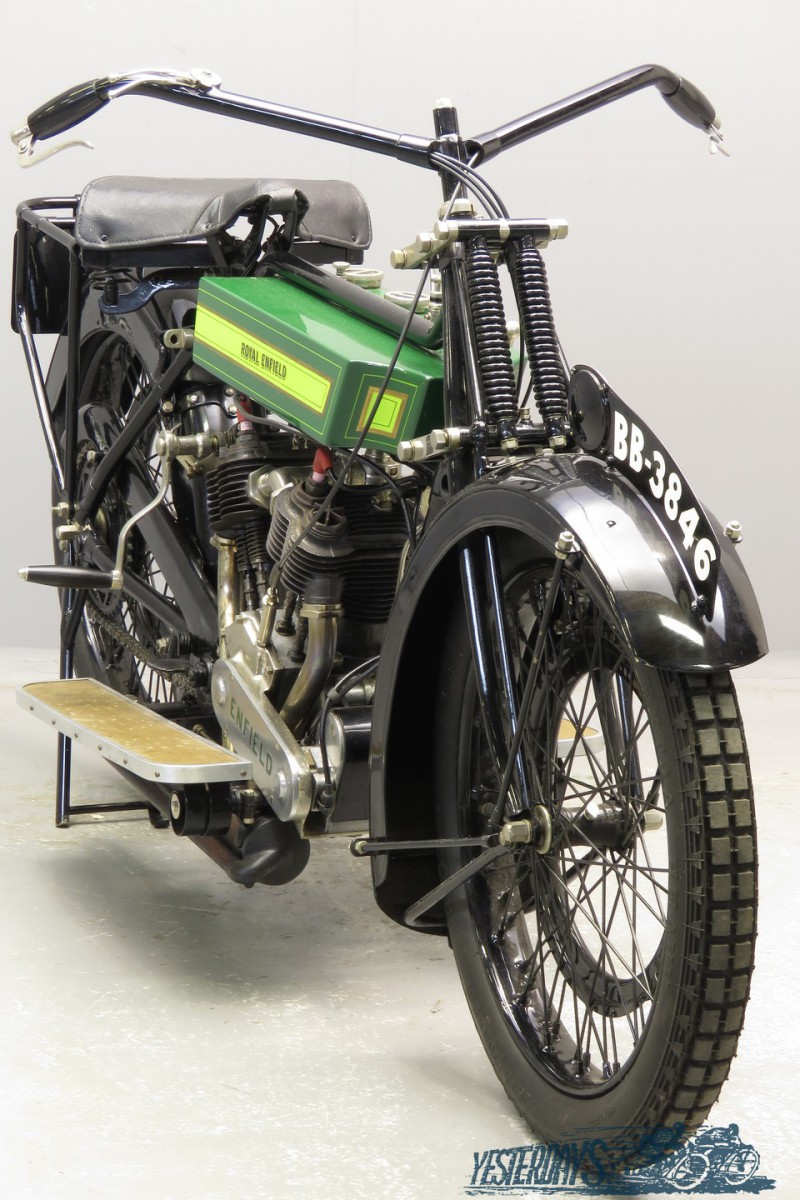 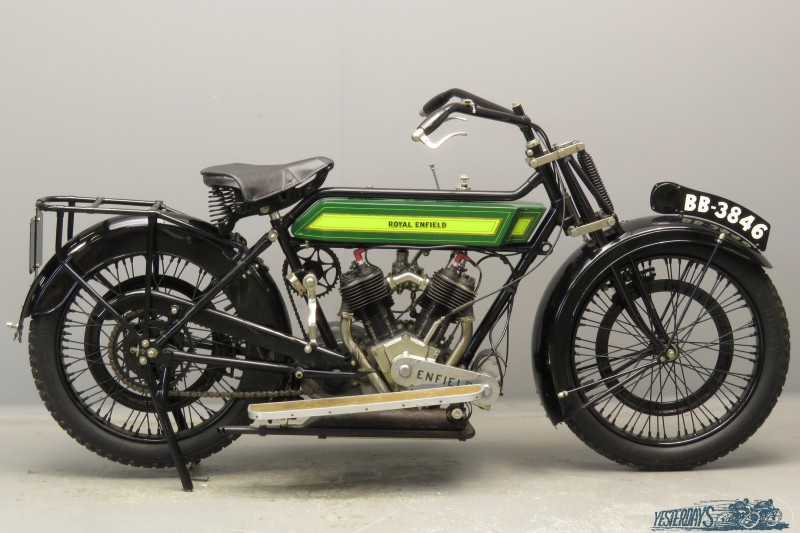 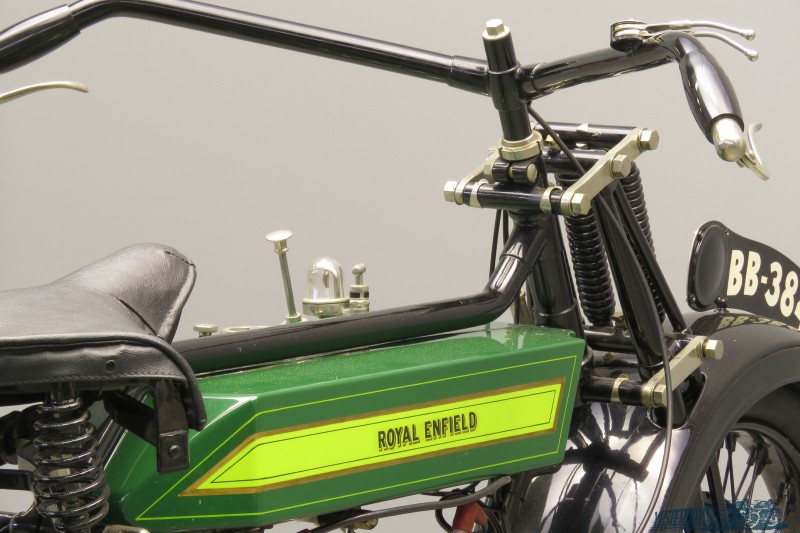 The Redditch based Royal Enfield firm entered the motorcycle business as early as 1898: In the early days engines from De Dion powered their tricycles and quadricycles; Minerva supplied the power for the first motorized cycles.
In the years before WW I the company was very successful with light Motosacoche-engined V twins.
These machines were equipped with the famous Enfield two-speed gear, involving twin primary chains.
In the rear wheel hub a rubber cush drive was fitted, to take the punch out of the chaindrive.
This feature was to be incorporated into all Royal Enfields until the very end.
In the 1914 Junior TT eight out of nine Royal Enfield twins finished, with a very creditable five in the first twenty places.
Next to the light twins there was the “Model 180” that was especially suited for sidecar work.
Directly after the Great War Enfield marketed two successful models: the light 2 ¼ HP two stroke and the V-twin sidecar machine.
|The V-twins were powered by 6 HP or 8HP JAP engines, for the model year 1921 Vickers engines were used.
Later on in the twenties Enfield’s own V– twin engines were employed.
This impressive twin has been restored to a high standard a few years ago and is fitted with a comfortable Terry saddle.
The machine features a hand crank starter system and the well-known Enfield two speed gear with free engine.