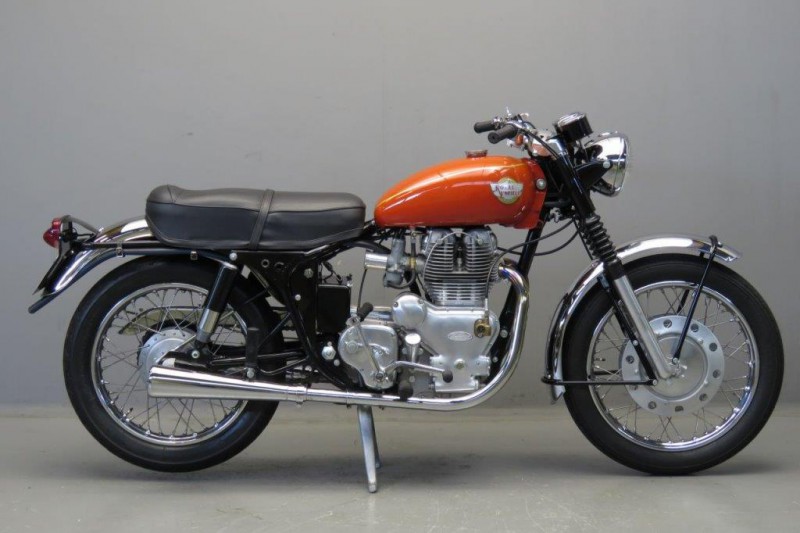 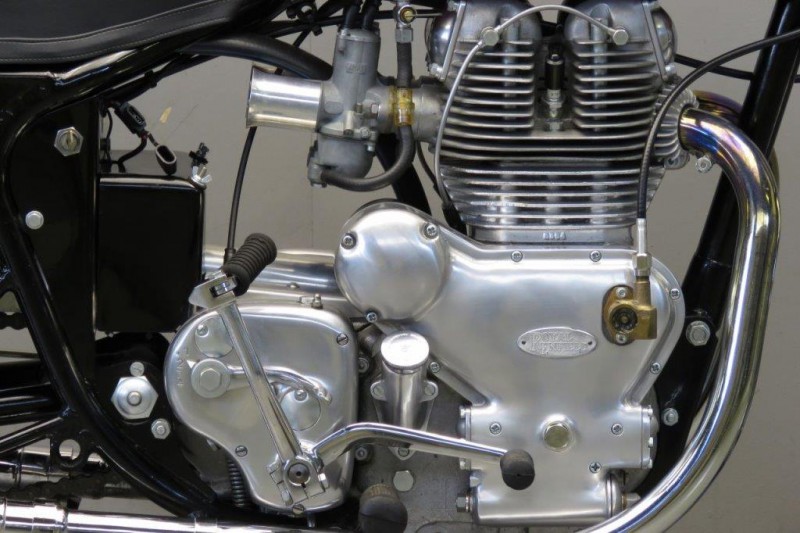 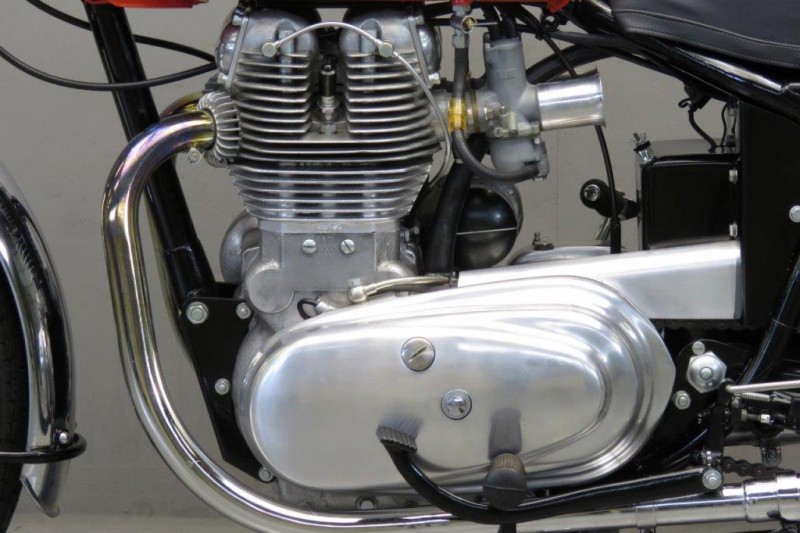 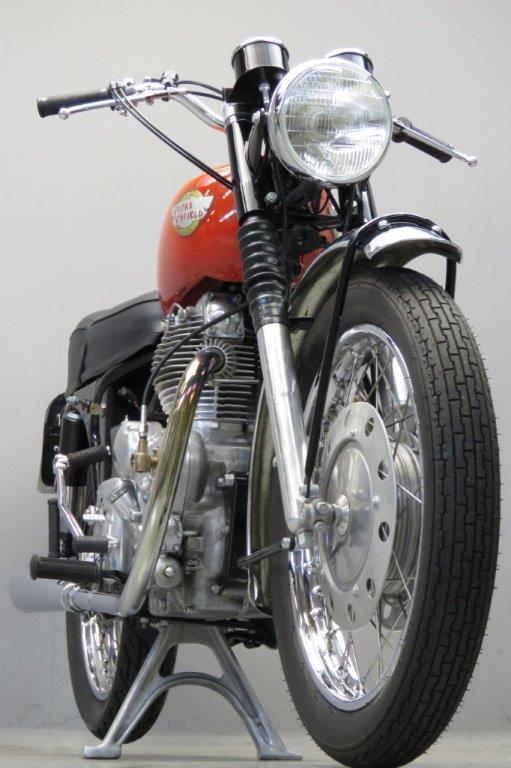 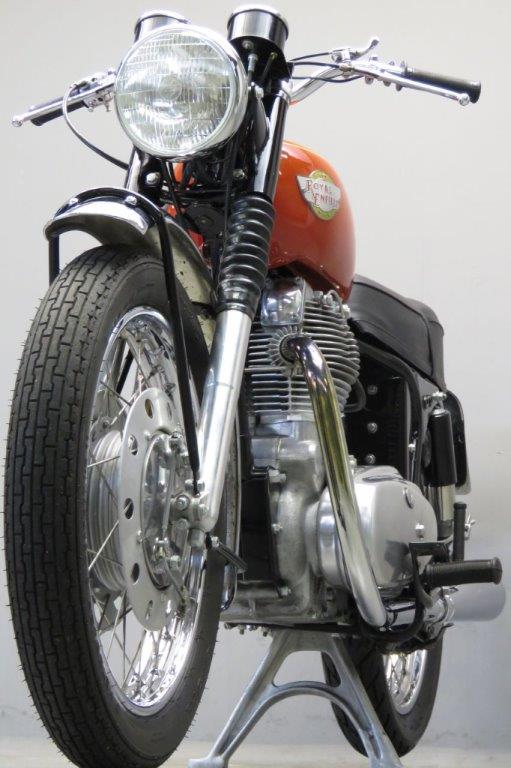 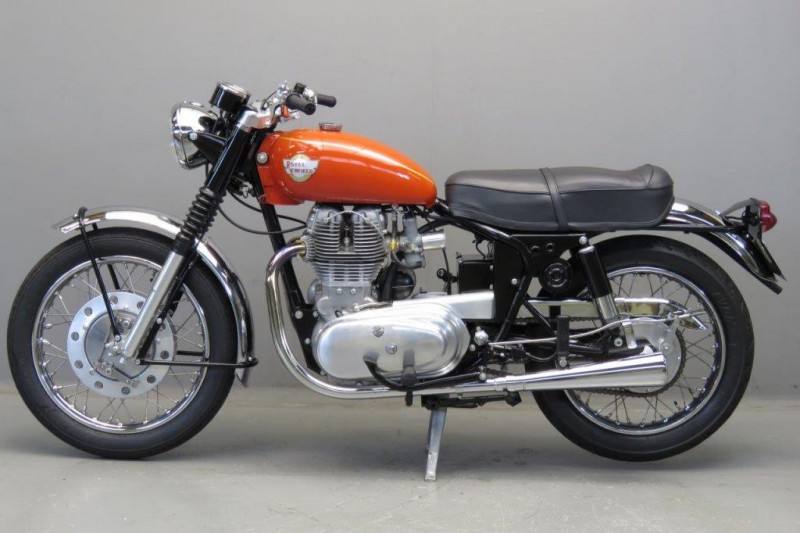 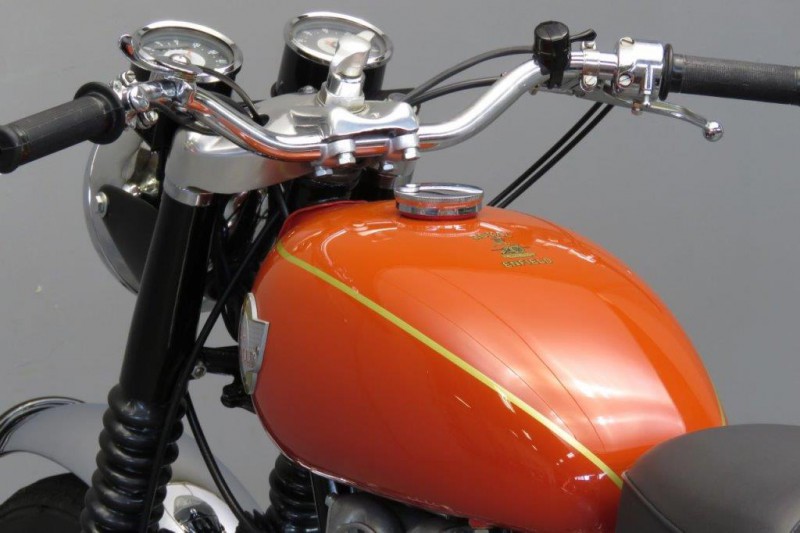 Royal Enfield introduced the all new 736 cc twin cylinder engine in 1962 on the 750 Interceptor.
Bore and stroke is 71 mm × 93 mm (2.80 in × 3.66 in).
The new engine is similar to the 692 cc engine; but there is hardly any part that was not modified or improved.
The engine cases were beefed up to withstand the increased torque.
What sets this engine apart from other contemporary British twins is that the crankshaft was dynamically balanced from the factory which made these bikes one of the smoothest British twin engines ever.
For 1967 a major change was the introduction of coil ignition, eliminating the magneto.
This outstanding Interceptor is beautifully restored to a very high standard and is running extremely well.