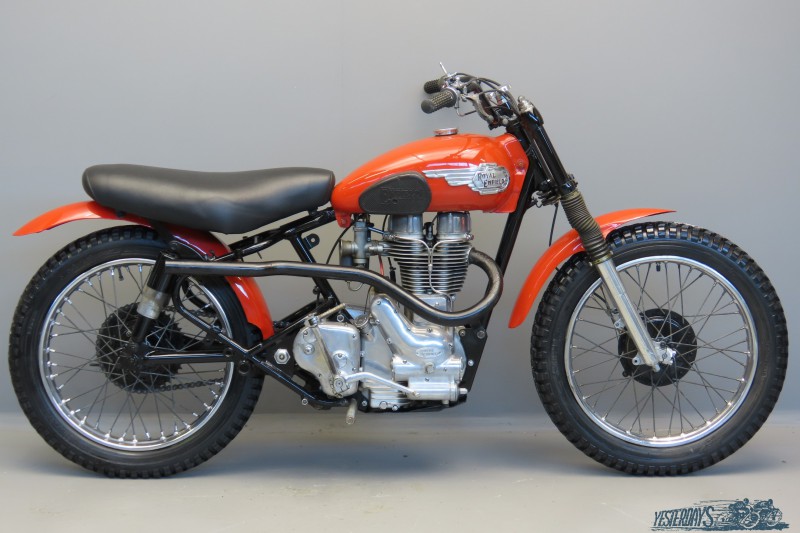 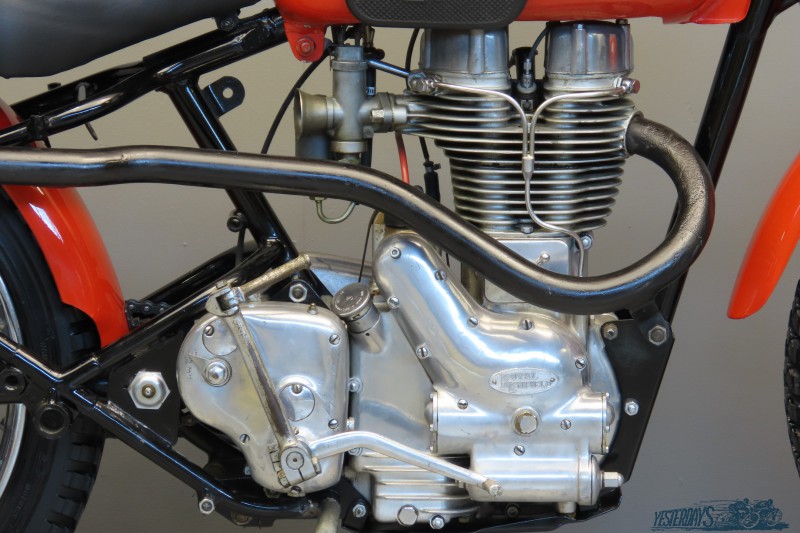 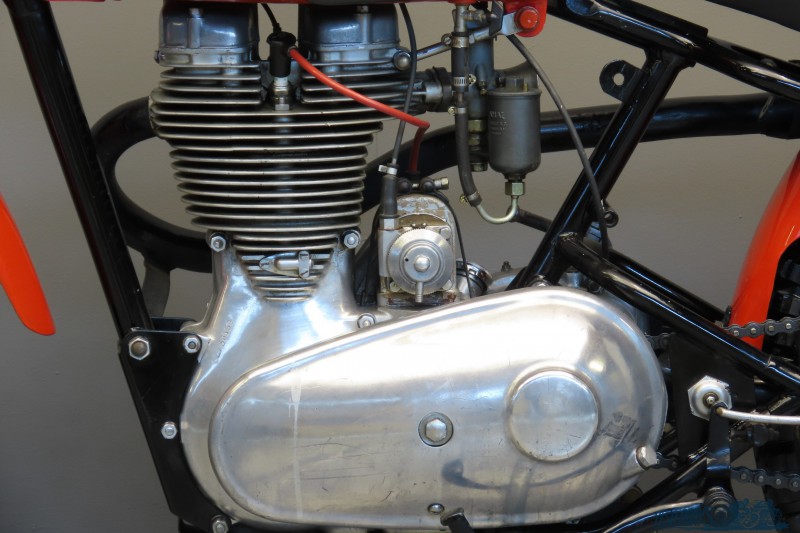 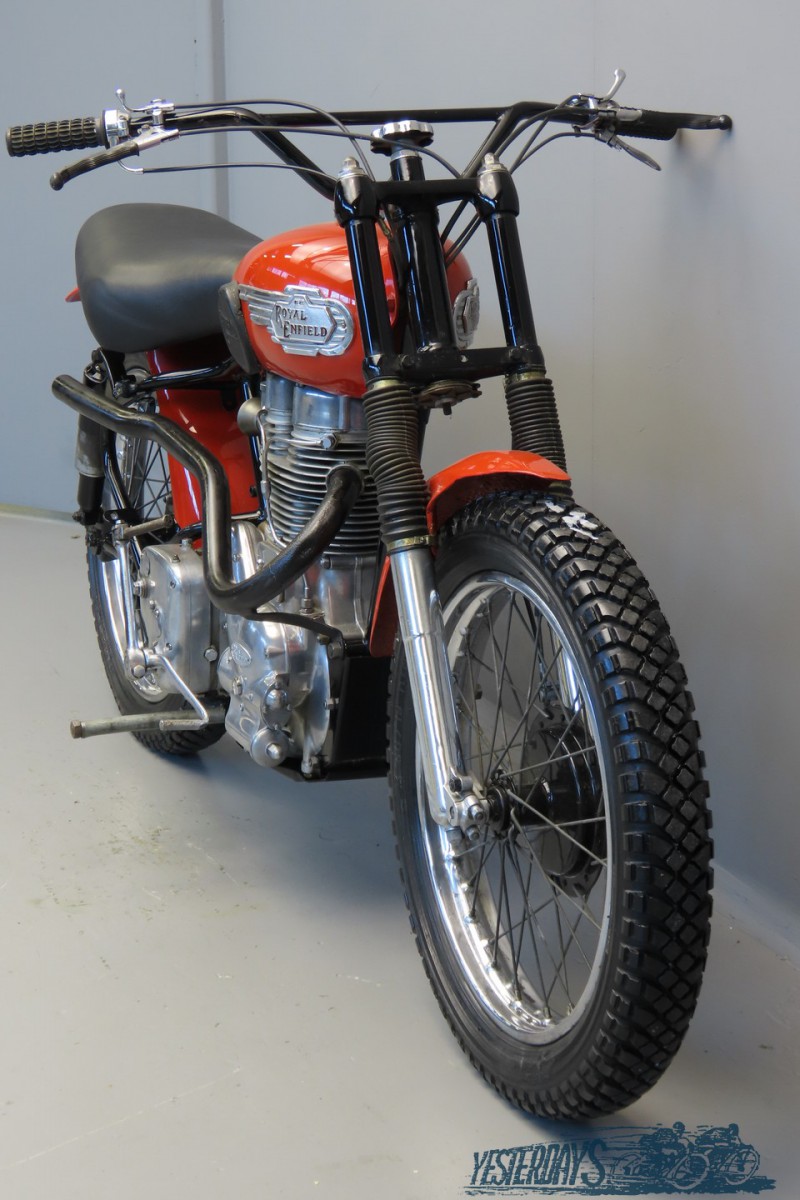 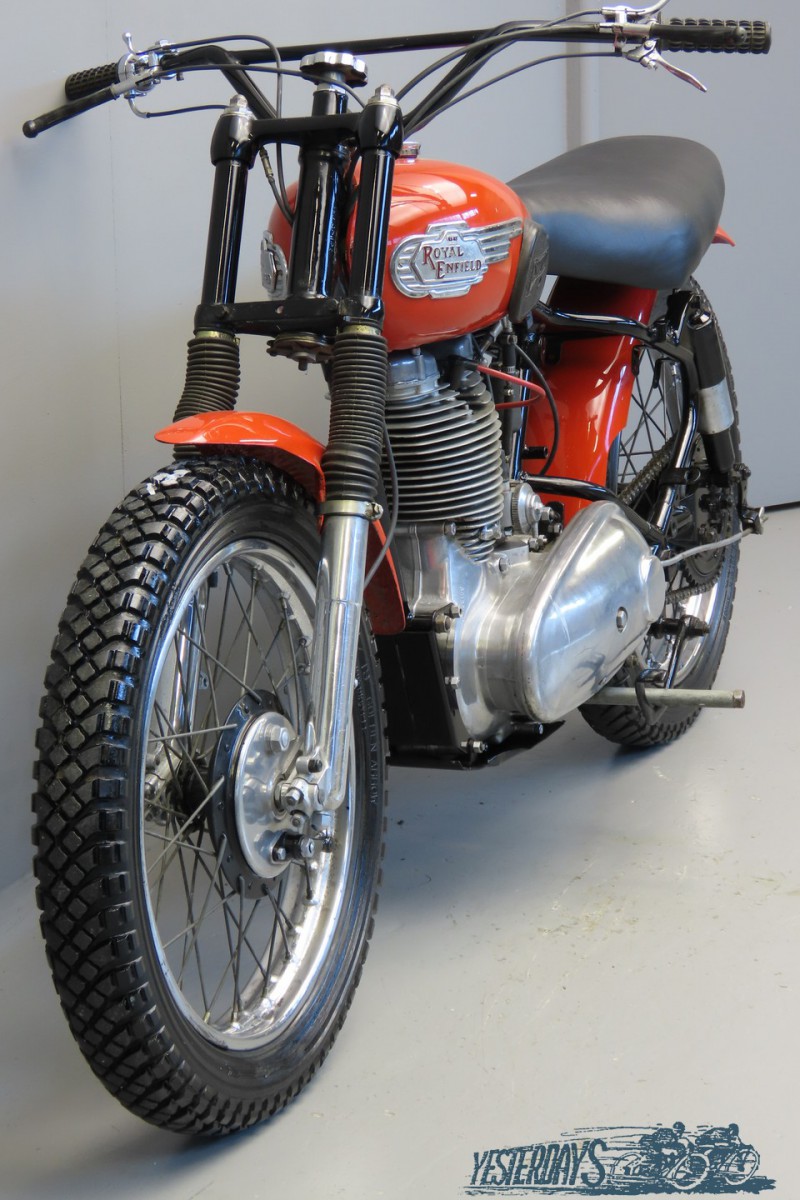 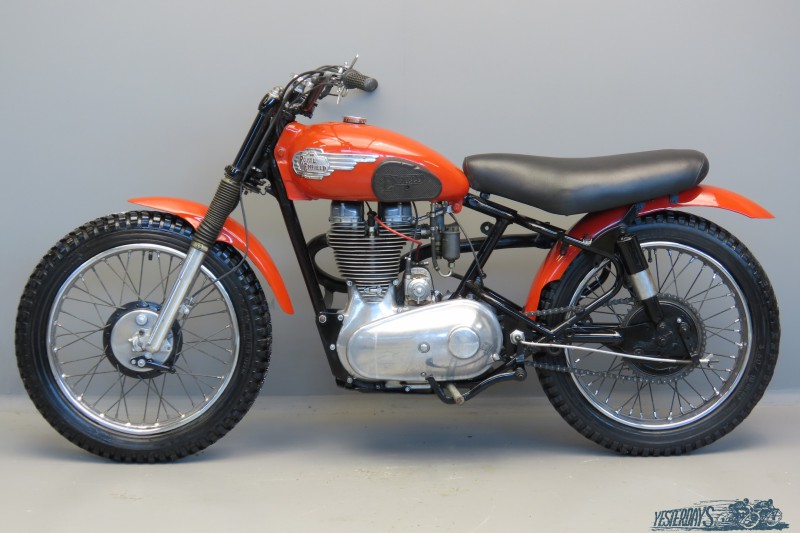 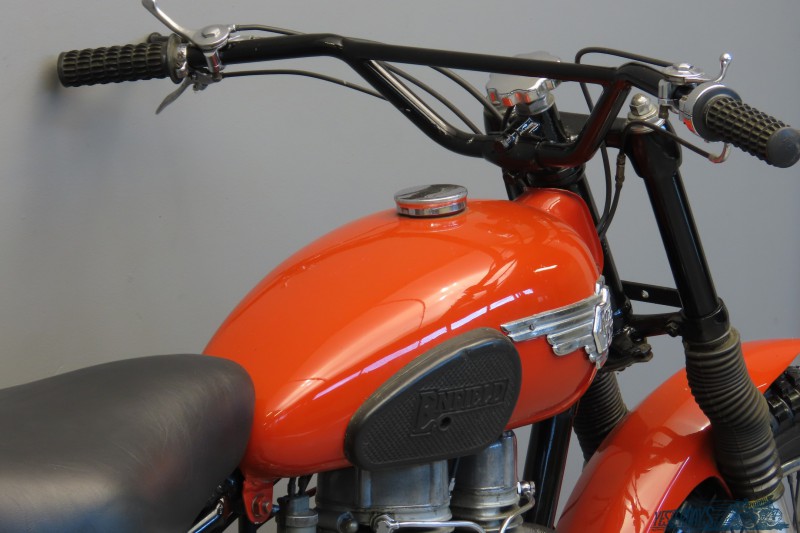 Enfield revived the Bullet name in 1948 for a sensational new 350 sports bike with swinging-arm rear suspension and, after the prototypes’ debut in the Colmore Cup trial, the Bullet went on to achieve its first major success in the ISDT later in the year.
Royal Enfield’s success in post-war trials owed much to its being first in the field with swinging-arm suspension, but arguably more to the talents of works rider Johnny Brittain.
Originally riding for DMW and then James motorcycles, Brittain beat the three James works riders in his first International Six Days’ Trial (ISDT) in the 125cc class.
He moved to Royal Enfield riding the Royal Enfield Bullet 350cc.
1950 was his first full year riding the Bullet, at the very young age of eighteen when he won a Gold Medal in the ISDT held that year in Wales, as well as the first class gold award in the Scottish Six Days Trial, a nine hundred mile endurance competition.
Overall, Brittain won more than 50 trade sponsored championship events.
Johnny competed in the International Six Days Trials for fifteen consecutive years, winning 13 gold medals.
The Bullet is a popular mount in pre-65 trials events.
The good-looking engine has an alloy cylinder head and barrel; the gearbox is bolted to the crankcase and a racing-type magneto is fitted.
This Trials Bullet is in good overall condition.