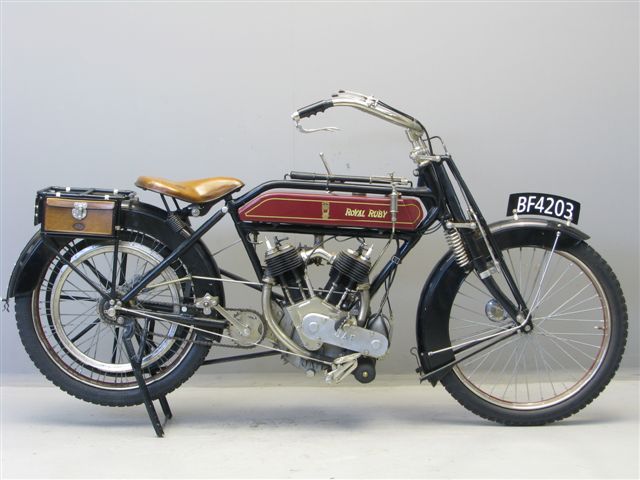 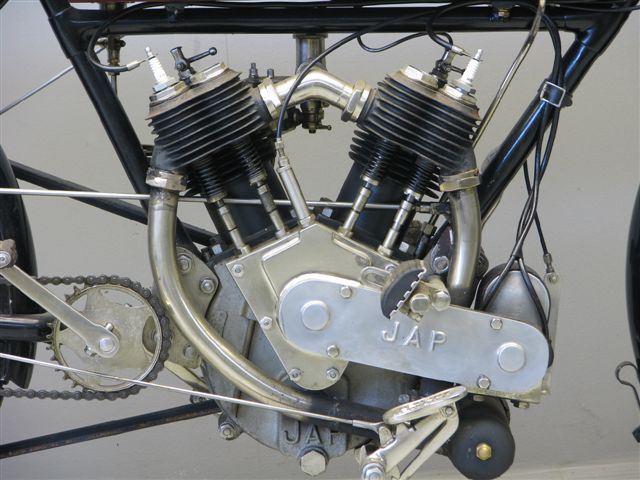 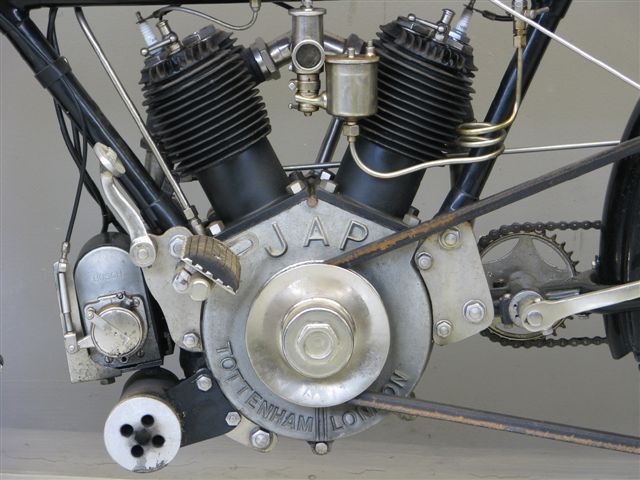 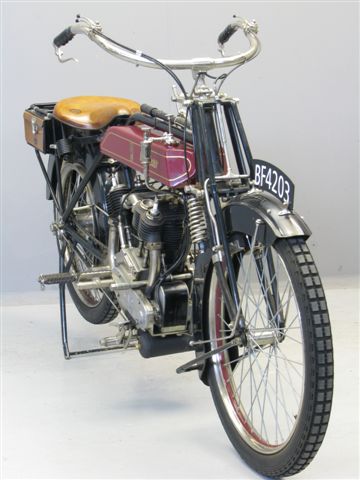 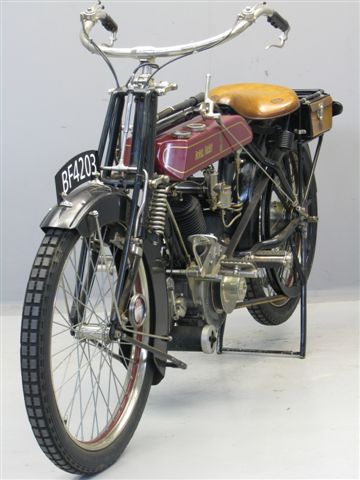 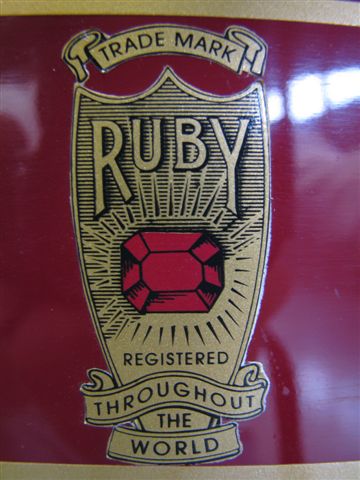 Royal Ruby motorcycles were built from 1909 at Cannel St , Ancoats (Manchester) factory which had previously only been making cycles (Ruby Cycle Co.).
They were relatively successful though expensive and ambitiously tried to make as much as possible on site, though the engines were JAP or Villiers with the ‘Royal Ruby’ name cast on, and the sidecars probably bought in from Mills Fulford .
Financial trouble arrived in 1919-20, possibly as a result of non-payment for a large batch of machines delivered to the Russian Government in 1916.
A second batch were dispersed on the home market but that was rather flushed with ex-wd machines in 1919 and losses were inevitable.
A new factory was founded on Moss Lane, Altrincham where production of an entirely new range with an ‘Indian’ (or possibly Beardmore)-inspired sprung frame began in 1921.
Again the market was not impressed by value and only a small number were sold before the firm again went bust in 1922.
Some assembled machines appeared in ads in 1923-24 but the name was bought by Albert Horrocks of Bolton in 1927 and he started with a completely new saddle-tank machine for the 1928 season with bought in Villiers and JAP engines and Albion and Sturmey gearboxes.
There is no evidence that motorcycle production carried on after 1931, though occasional adverts in the trade press suggest that odd machines may have been assembled from remaining spares up to 1933.
( The above information comes from Adrian Holden,  who is happy to attempt to answer any queries.  aholden.photography blueyonder.co.uk )
This  interesting and practical veteran Royal Ruby  spent most of its life in New Zealand.
It was owned an ridden extensively by a Mr. Bill Bransgrove who in his earlier days used it to deliver  bulk lots of the Taranaki Evening Herald  to rural area distributors.
The machine was kept in family ownership till 1989, when it was purchased by a vintage motorcycle enthusiast who restored it to its former glory.
The Sturmey Archer hub clutch and 3 speed gear provide a comfortable ride.