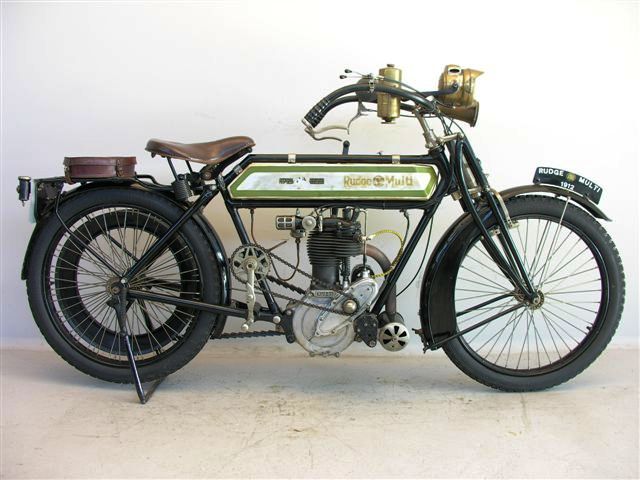 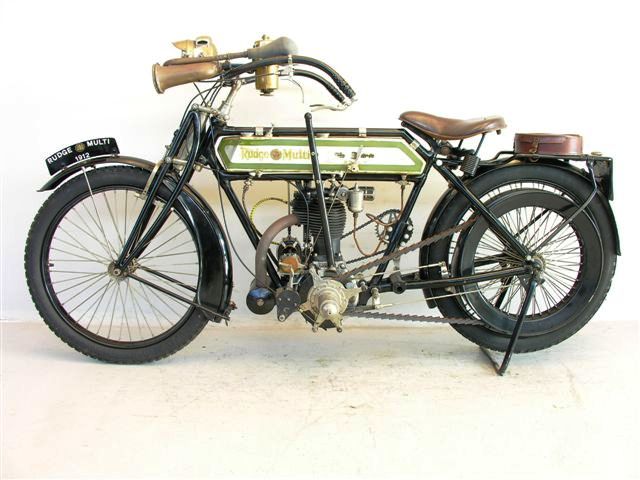 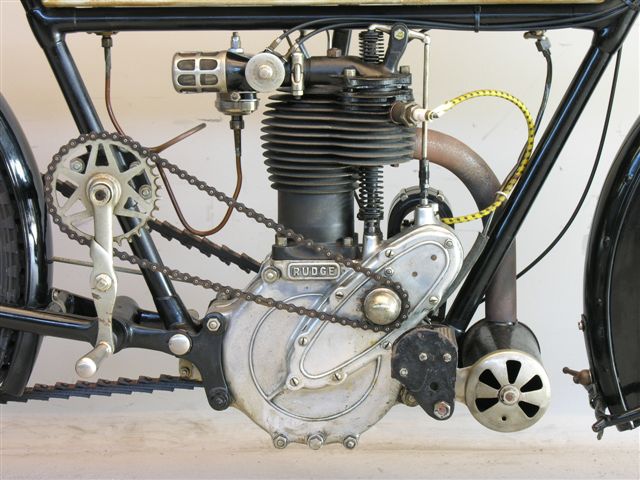 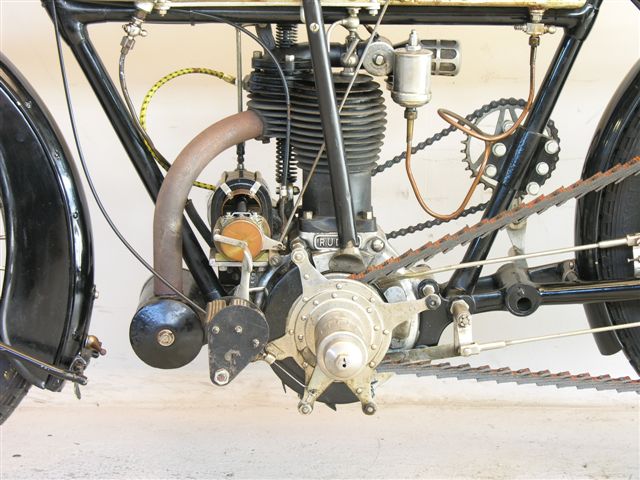 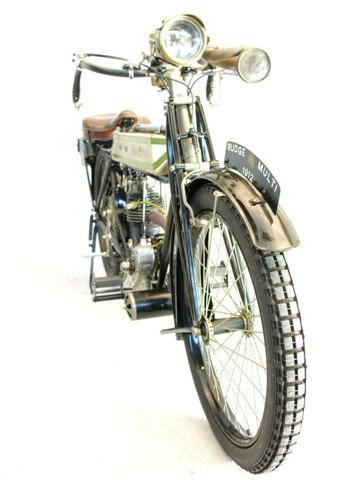 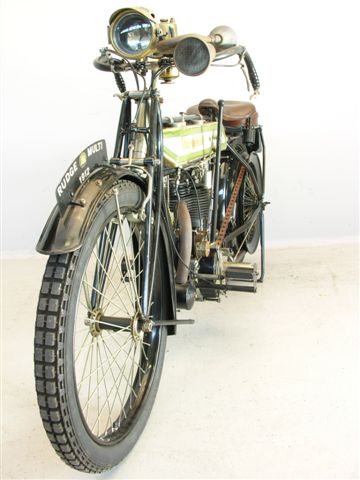 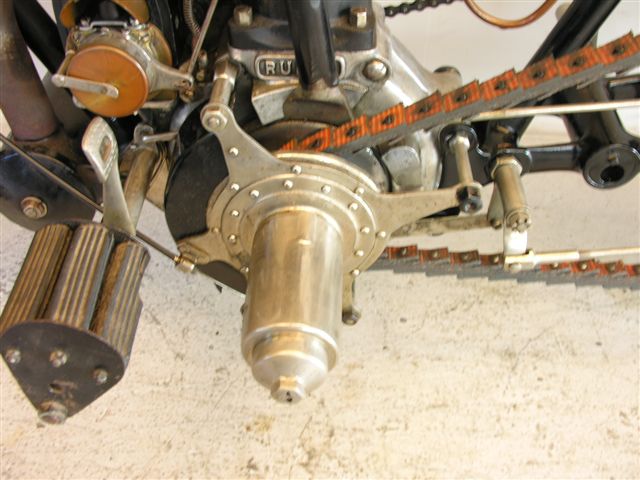 With the introduction of the Multi Gear in 1912  Rudge was far ahead of the competition.
They won the 1914 TT races with this system and Rudges were subsequently barred from certain speed events because of their “unfair head start”.
The factory turned this to their advantage by using the “ barred” logo in  a clever company advertising campaign. The Multi Gear system is based on the possibility to vary the diameters of both front and rear pullies, like the well-known DAF Variomatic system.
By moving a long  lever alongside the petrol tank  about 18 different gear ratios can be selected.
While on the move the rider can choose the engine rpm that gives most engine torque and then he can raise the actual speed of the machine by changing the gear ratio with the “ multi- lever “ without actually raising the engine rpm, a remarkable experience when being out on a multi for the first time.
This machine is a first year Multi and comes complete with acetylene lighting and bulb horn.
It has been restored a number of years ago and is in good condition.