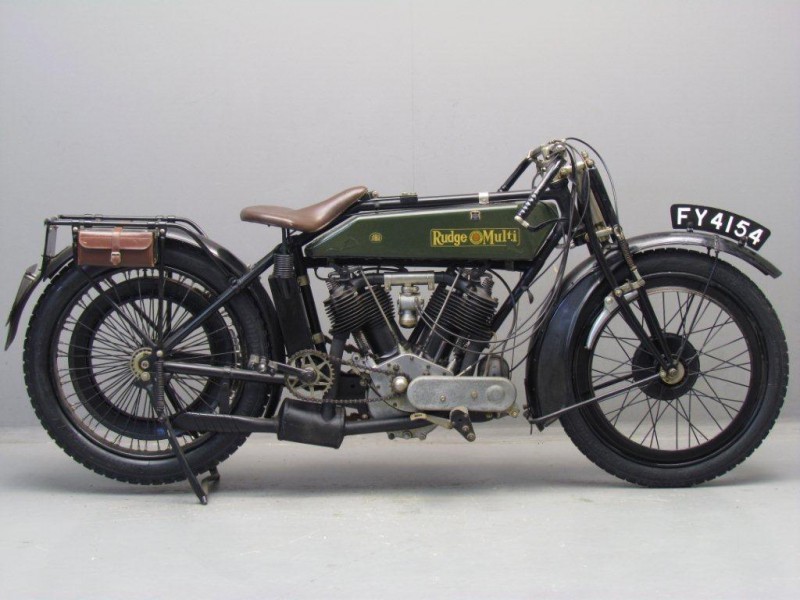 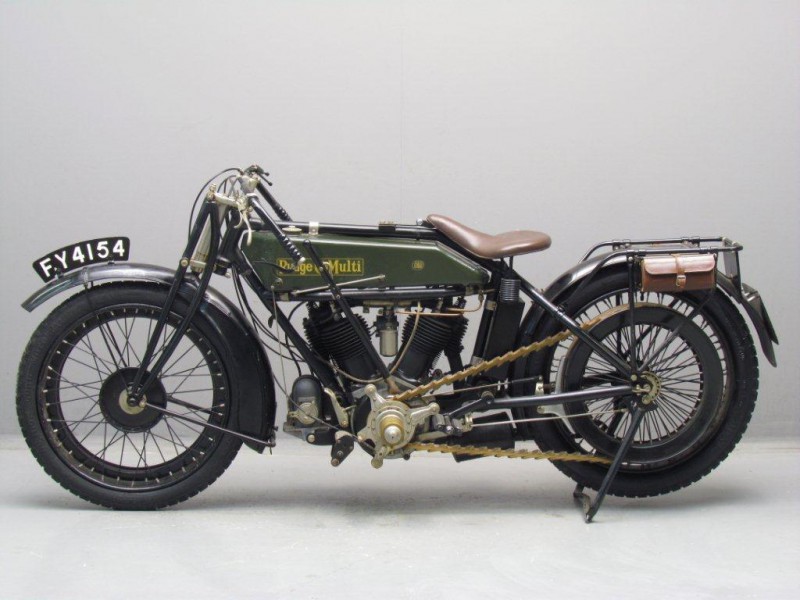 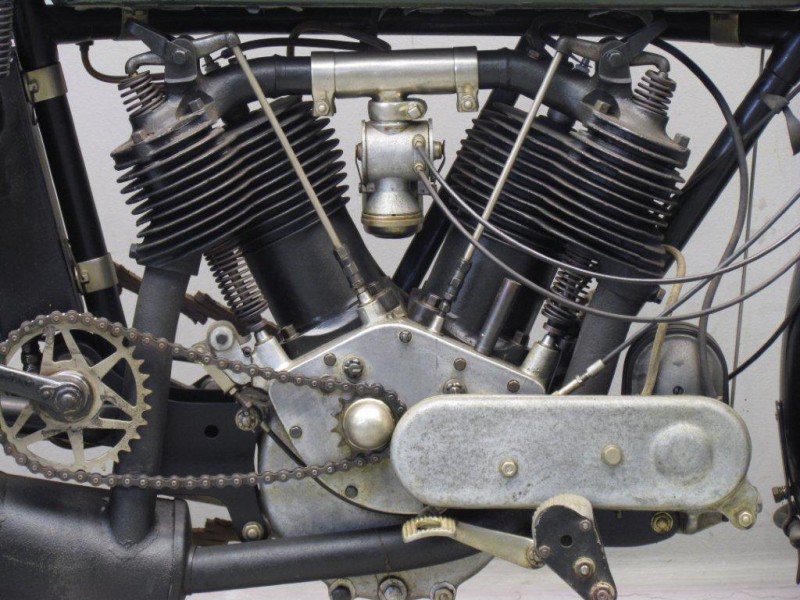 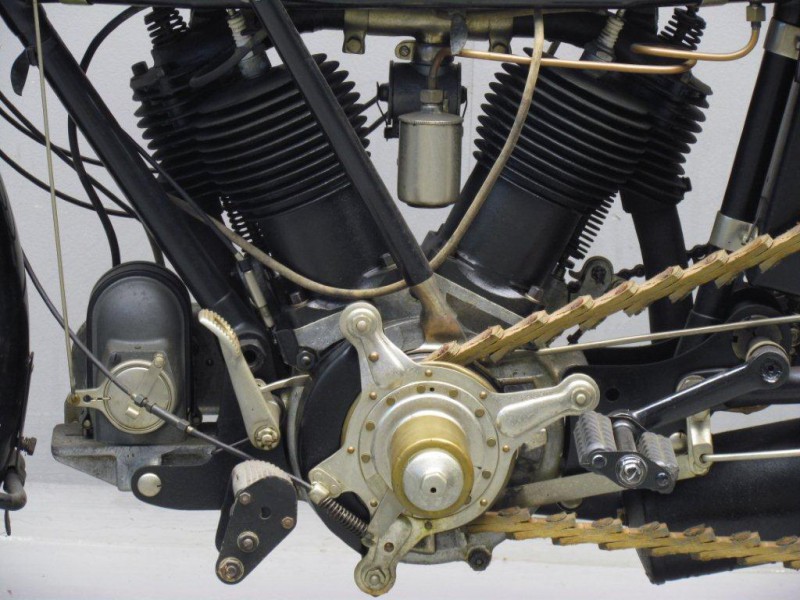 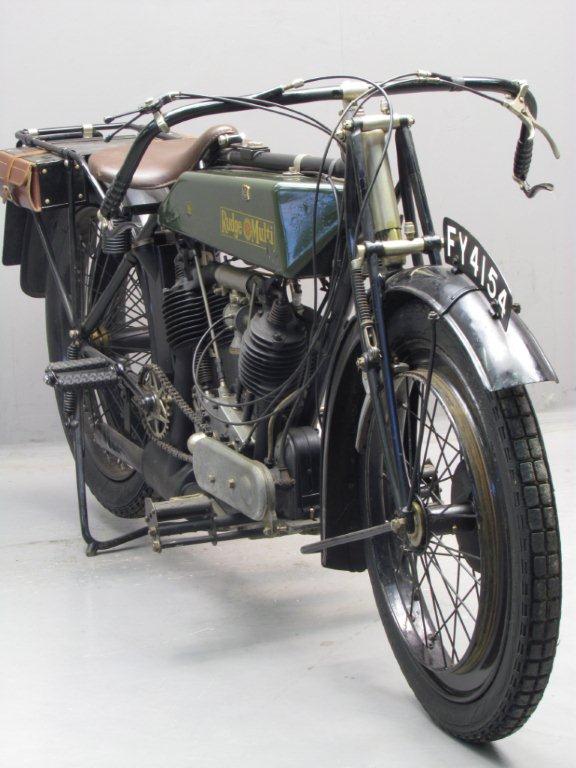 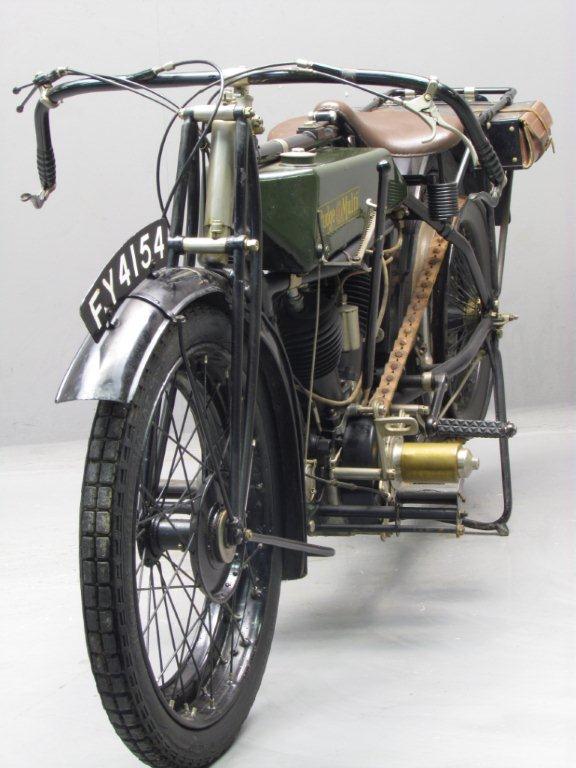 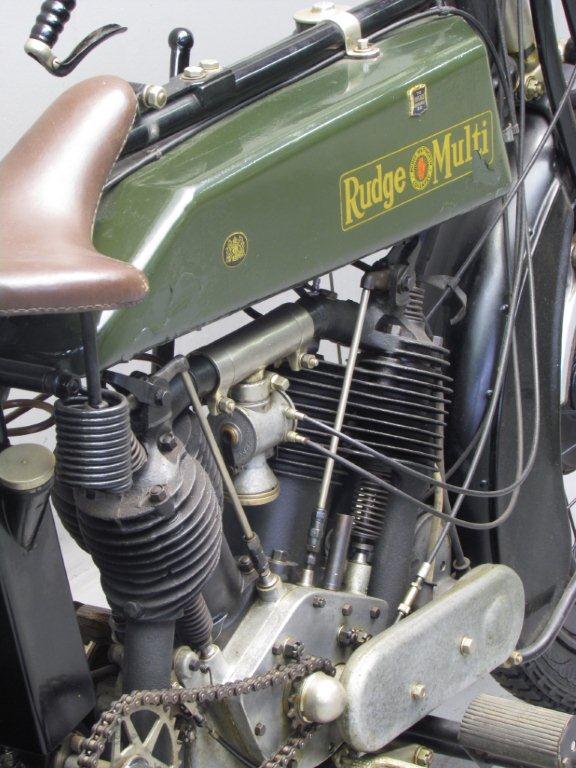 With the introduction of the Multi Gear Rudge was far ahead of the competition.
They won the 1914 TT races with this system and Rudges were subsequently barred from certain speed events because of their “unfair head start”.
The factory turned this to their advantage by using the “ barred” logo in  a clever company advertising campaign.
The Multi Gear system is based on the possibility to vary the diameters of both front and rear pullies, like the well-known DAF Variomatic system.
Before the outbreak of WWI the company started development work on a twin version of the Multi, but it was only in November 1919 that the new twin, meant as a powerful sidecar machine, was introduced.
This particular machine probably wasn’t used as a sidecar hauler, given the sports handlebars and the improved front brake system, which is actually of a 1921 model and should give more stopping power than the 1920 stirrup type of brake.
That the twin was not just a slogger  was proved by some long distance records that were captured in 1922.
These were set by the later version of the twin, which had an identical engine but was equipped with a conventional three speed countershaft gearbox, which effectively showed the “unfair headstart”  had had its time.
There can’t be many  Multwins around  – it was only catalogued for one year and we know of only one other machine  – and this machine is really a famous one because it was displayed for many years in the Stanford Hall Motorcycle Museum.
C.E. ( “Titch”) Allen tested the machine in  the Third Vintage  Road Test Journal.
We’ll quote a “plus” and a “minus”. “Instead being a bit of a snorter to start and ride, the Multitwin is the perfect  gentle giant.
So docile that you can walk alongside with the gear in low, the engine whispering the while, almost a steam engine. (…) I can’t say that I found the Multitwin all that comfortable.
Not my size.
This one is fitted with very supersports handlebars – it must have been a racer – and, being small, I’m stretched as on a rack”.