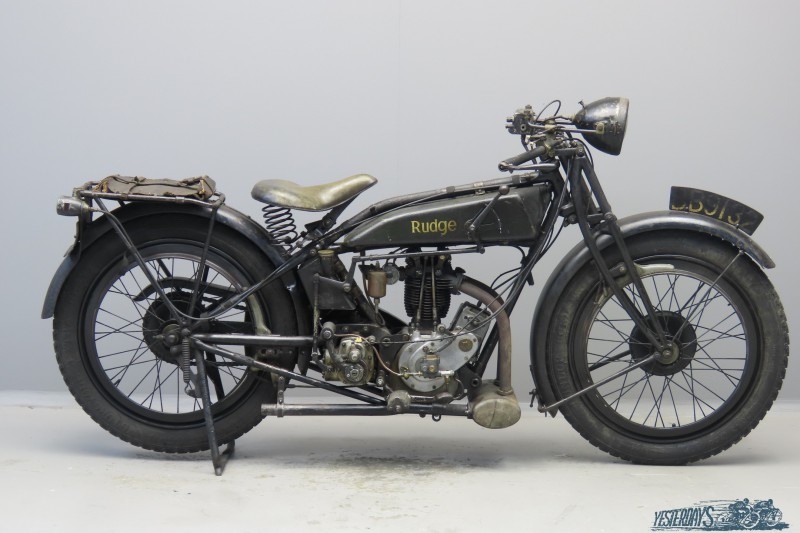 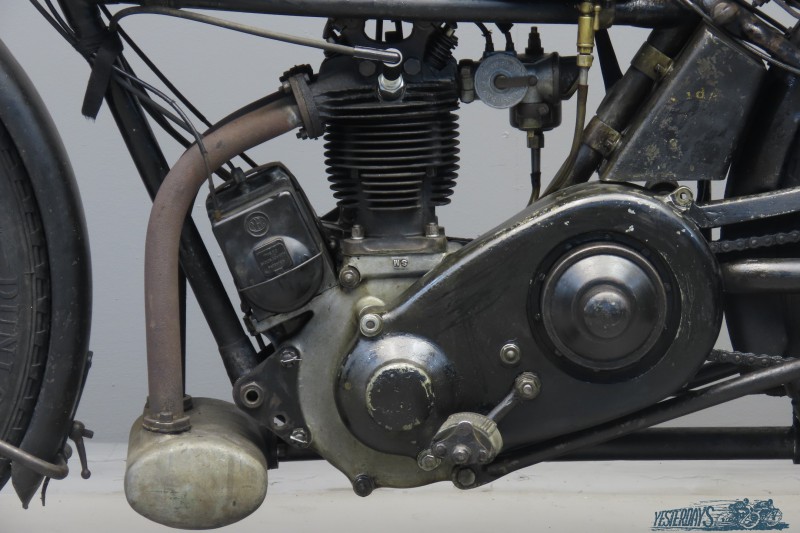 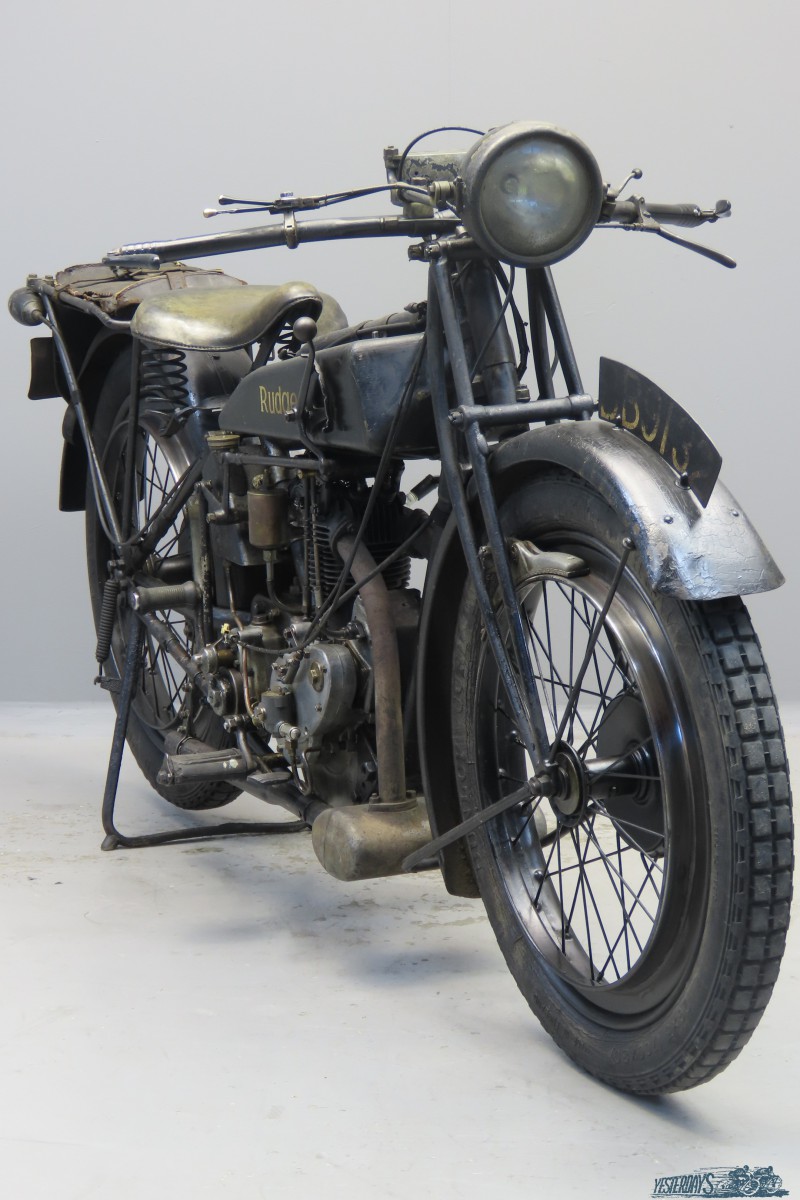 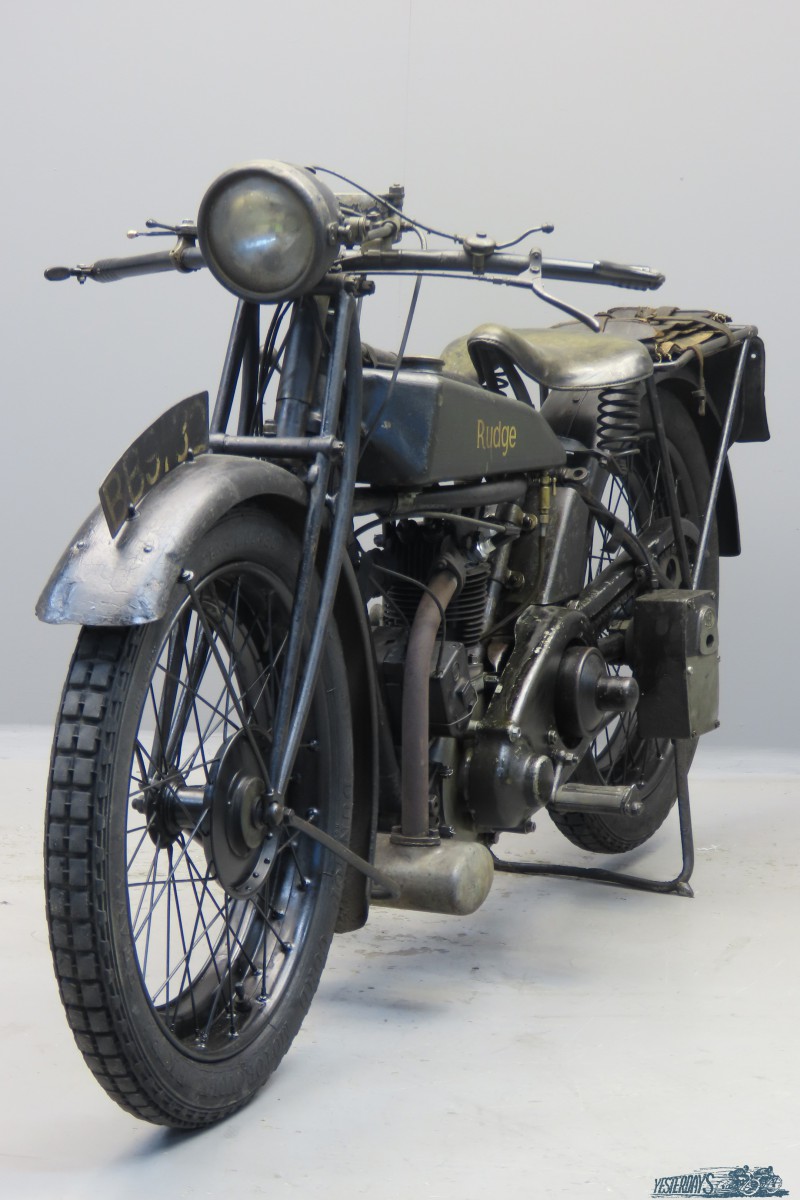 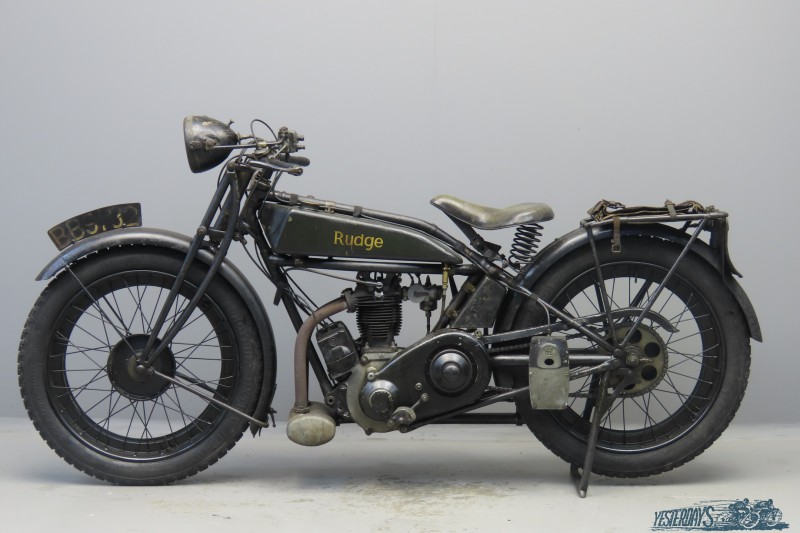 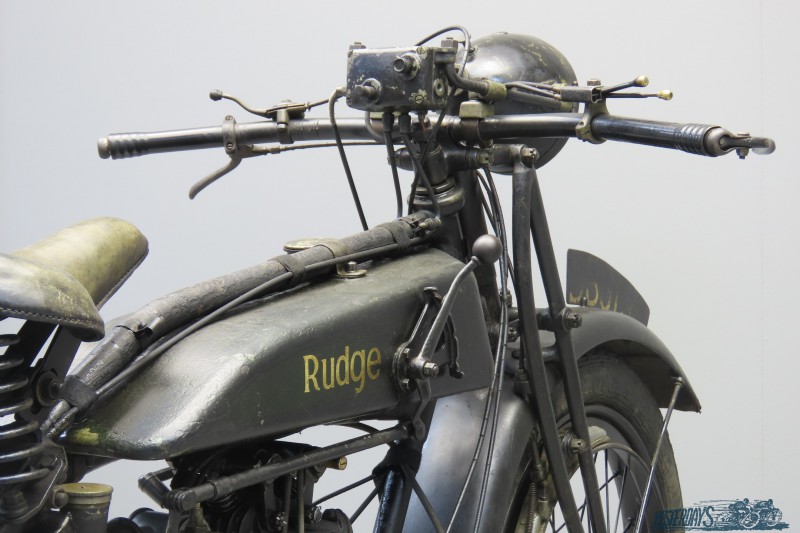 The Rudge-Whitworth company was an established bicycle factory that entered motorcycle production in 1911. Their first machines were 499 cc IOE singles. They developed the famous Multi gear, with a possibility of up to 21 gear positions. By 1923 the Rudge F-head valve configuration had become outdated and general motorcycle sales had fallen sharply; it was time for Rudge to bring something entirely new. Triumph had had some success with its four valve Ricardo concept and Rudge decided this concept, coupled to the newly developed Rudge 4-speed gearbox, should bring success again. So for the 1924 season the factory introduced a new range of four valve singles, first a 346 cc model with bore and stroke of 70×90 mm and by the end of April a 499 cc machine (85x88mm). The lighter model was only catalogued in 1924 and 1925. The motorcycling public’s response to this new four-valve, four-speed model was enthusiastic and by the end of 1924 twice as many machines had been produced as in 1923.
This 4-valve was first registered on June 19th , 1924 in Newcastle Upon Tyne. The machine comes with reprints of 1924 and 1927 sales catalogues, a continuation logbook issued in 1946 and current Belgian registration. This Rudge is in remarkably well-preserved original condition: the paintwork shows craquelure at places and parts of it have been slightly touched up; the overall picture shows a bike in lovely patina, proudly showing its age and quality. Another notable feature is that the original electrical system is still fully present; Rudge offered his 1924 models with standard electric lighting. This is provided by a M-L Maglita system that takes care of both lighting and ignition. The switchgear is mounted on the handlebar and comprises two switches, one for the lights and the other for controlling the generator output. The battery is carried in an aluminium box fixed to one of the rear frame tubes. All electrical wires are carried in flexible metal casings. In the headlamp we find next to the main bulb a pilot bulb that is controlled via a small push an pull switch in the headlamp shell. The electrical system is functioning well; for more visibility a LED front lamp has been installed. This “time machine Rudge” has been in regular use lately and is functioning well.