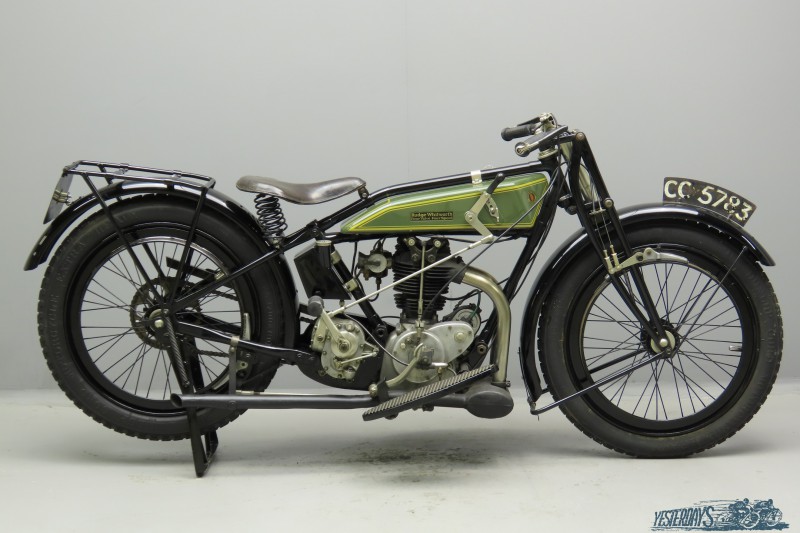 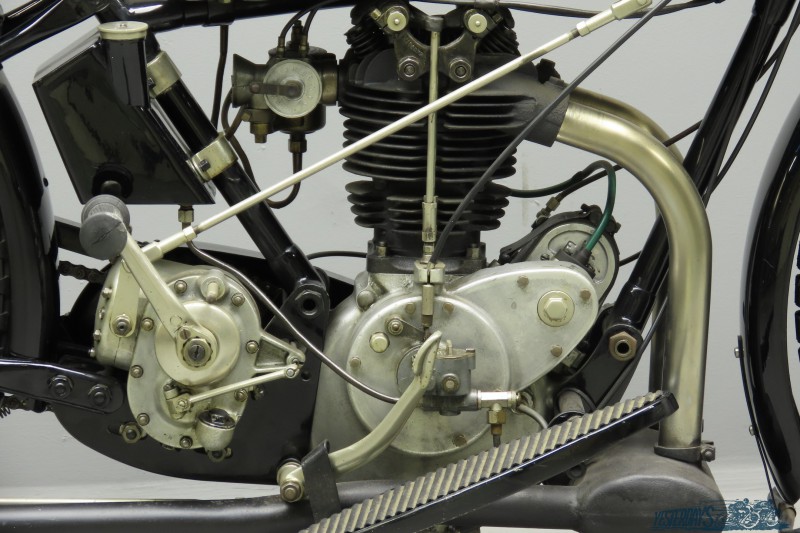 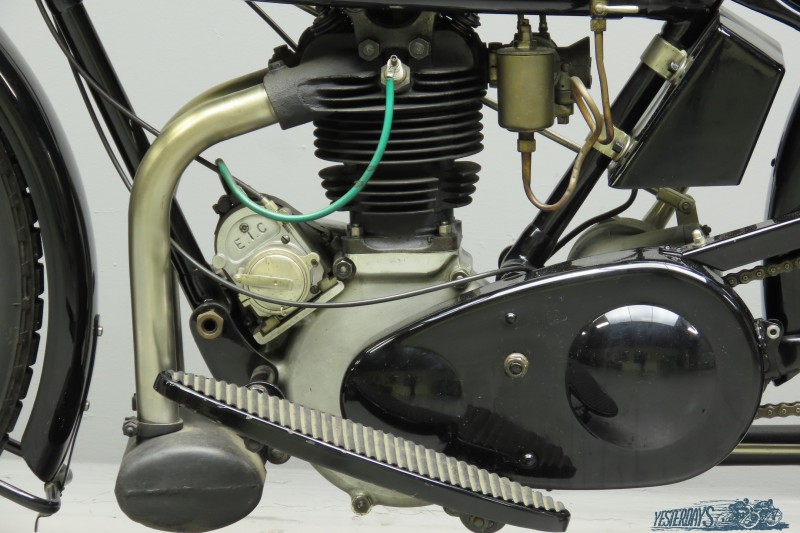 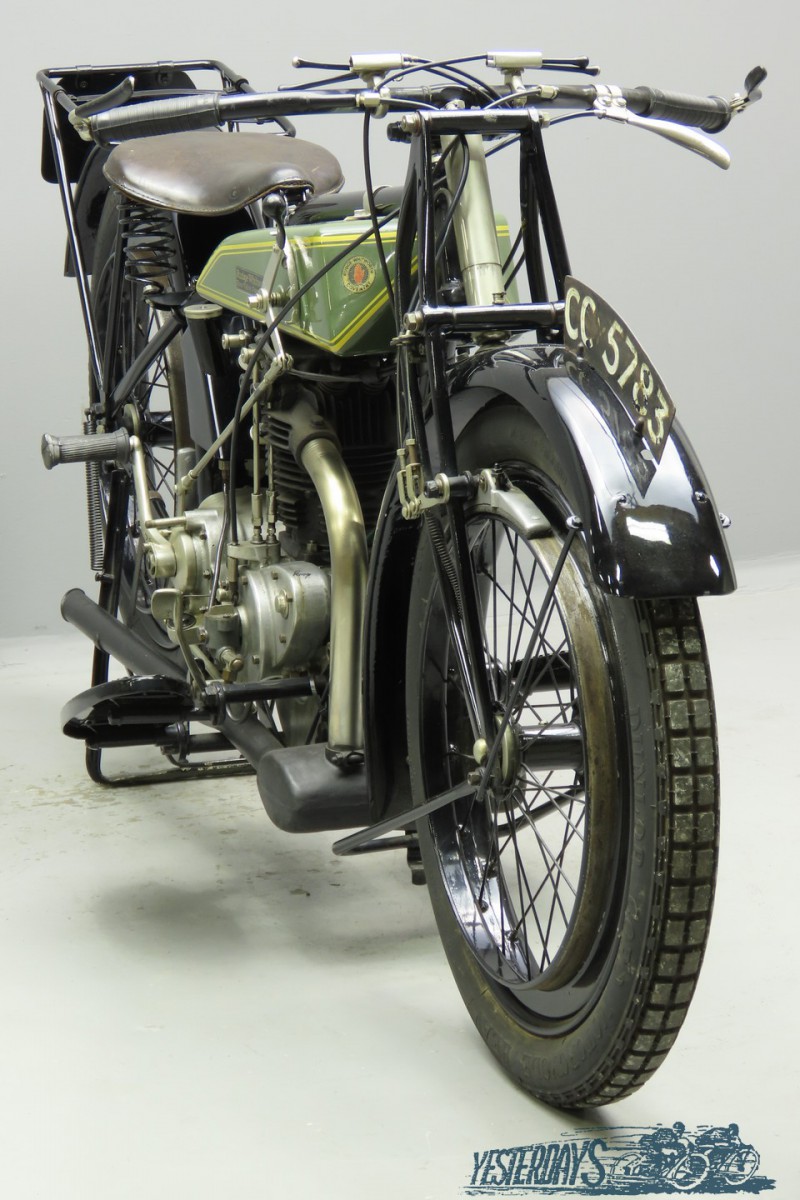 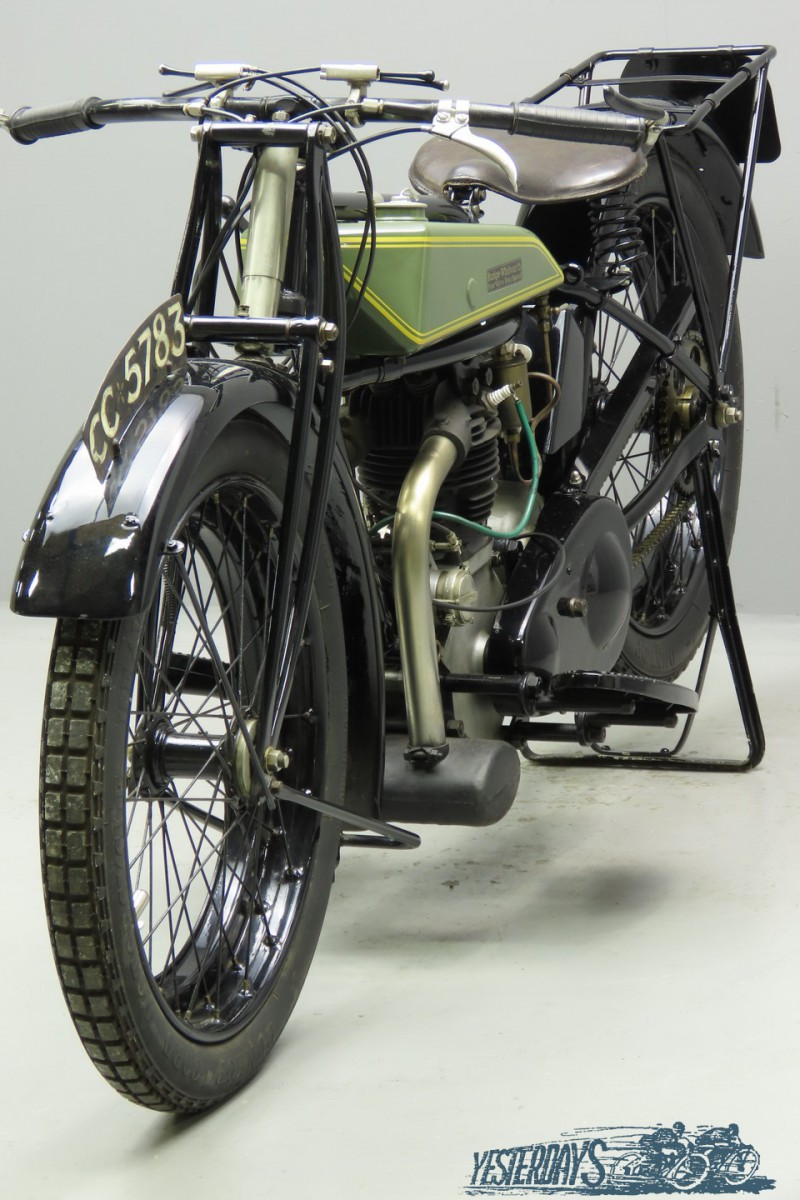 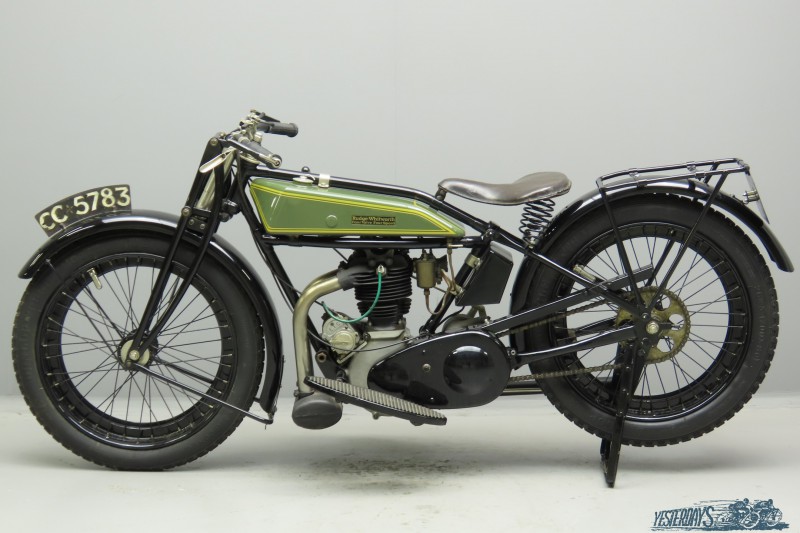 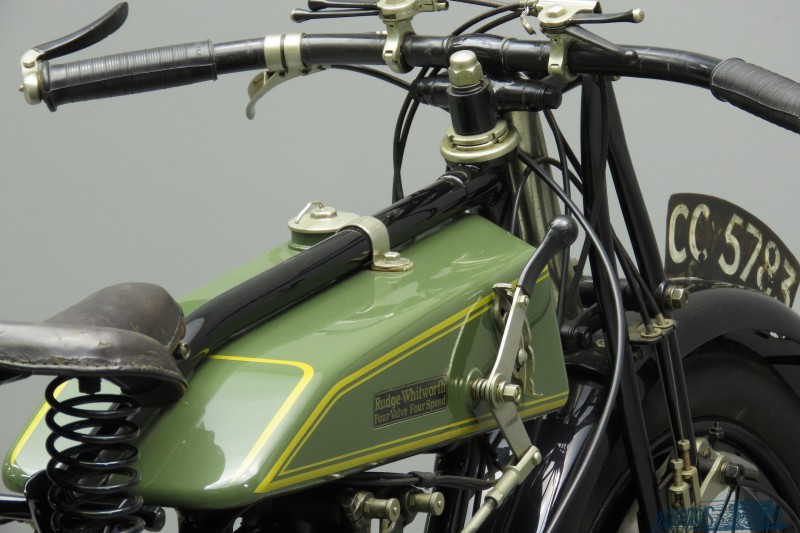 The Rudge-Whitworth company was an established bicycle factory that entered motorcycle production in 1911.
Their first machines were 499 cc IOE singles.
They developed the famous Multi gear, with a possibility of up to 21 gear positions.
By 1923 the Rudge F-head valve configuration had become outdated and general motorcycle sales had fallen sharply; it was time for Rudge to bring something entirely new.
Triumph had had some success with its four valve Ricardo concept and Rudge decided this concept, coupled to the newly developed Rudge 4-speed gearbox, should bring success again.
So for the 1924 season the factory introduced a new range of four valve singles, first a 349 cc model with bore and stroke of 70×90 mm and by the end of April a 499 cc machine (85x88mm).
The lighter model was only catalogued in 1924 and 1925.
The motorcycling public’s response to this new four-valve, four-speed model was enthusiastic and by the end of 1924 twice as many machines had been produced as in 1923.
In the summer of 1924 a series of improvements was prepared and at the Olympia Show the 1925 models were presented with redesigned gearboxes and coupled front and rear brakes.
The factory could now proudly boast “ four valves, four speeds, coupled brakes”.
Successes on the racetrack and a new ‘200 miles in 2 hours’ world speed record helped to further boost sales, as did motorcycle dealer Stan Glanfield’s successful around-the-world trip on a Rudge combination, which today resides in the Coventry Motor Museum.
The full potential of Rudge’s four-valves-per-cylinder design was slow to emerge, but in 1928 Graham Walker’s works ‘500’ became the first motorcycle to win a road race – the Ulster Grand Prix – at an average speed in excess of 80mph, a feat which led to the introduction of the legendary ‘Ulster’ sports model. A variety of valve arrangements was tried across a variety of 250cc, 350cc and 500cc four-valve models as the range developed throughout the 1930s. Sadly, the marque did not re-emerge after WW2.
This 4-Valve was first registered on August 17th, 1925 in Caernarvonshire in northwestern Wales.
It was purchased by a Dutch collector in the eighties and was subsequently restored.
Since then it has been part of a static collection.
The machine has regularly been run but hasn’t been used on the road since she was restored. She’s in fine condition throughout and longs to be ridden again!