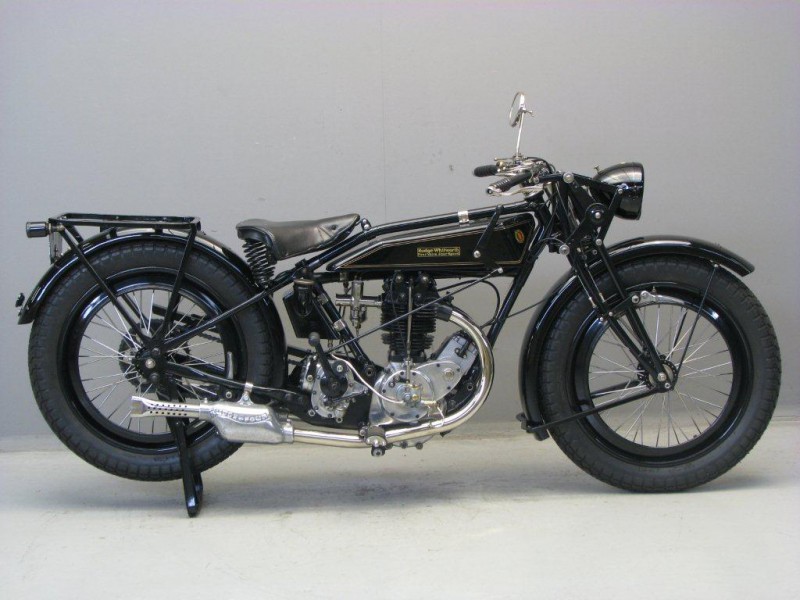 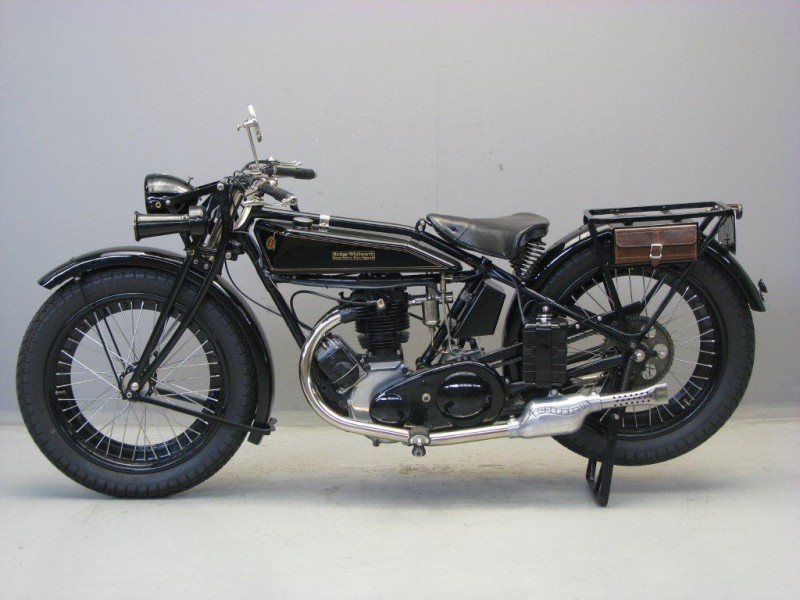 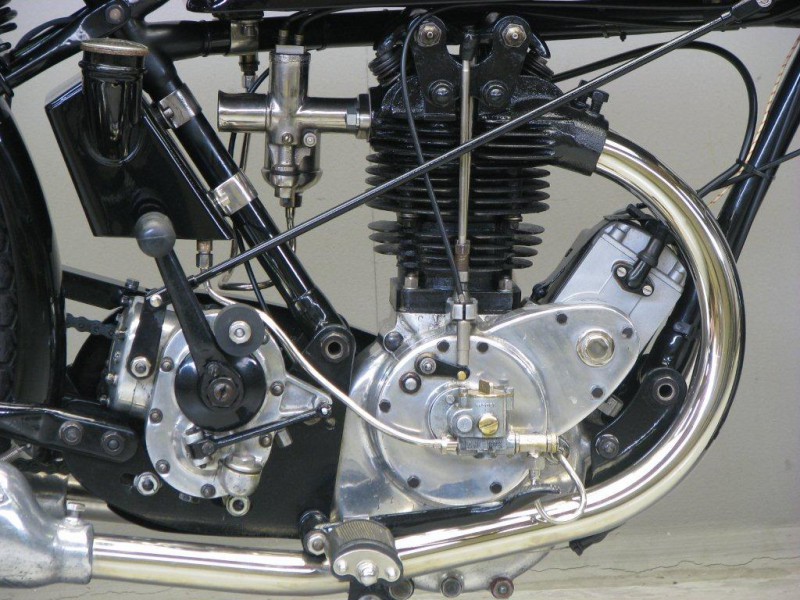 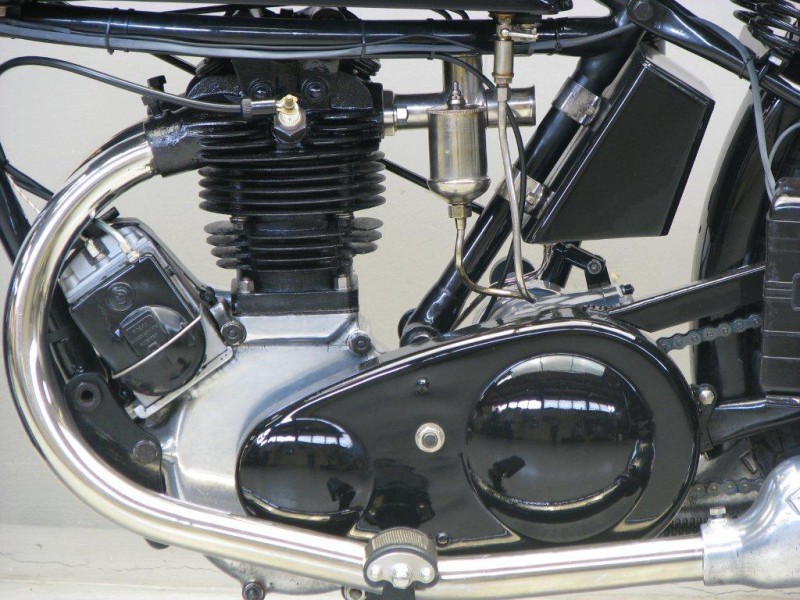 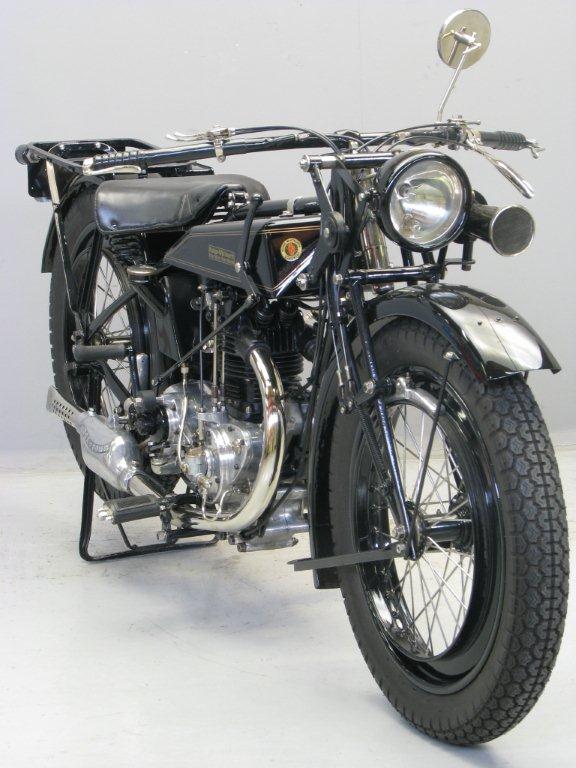 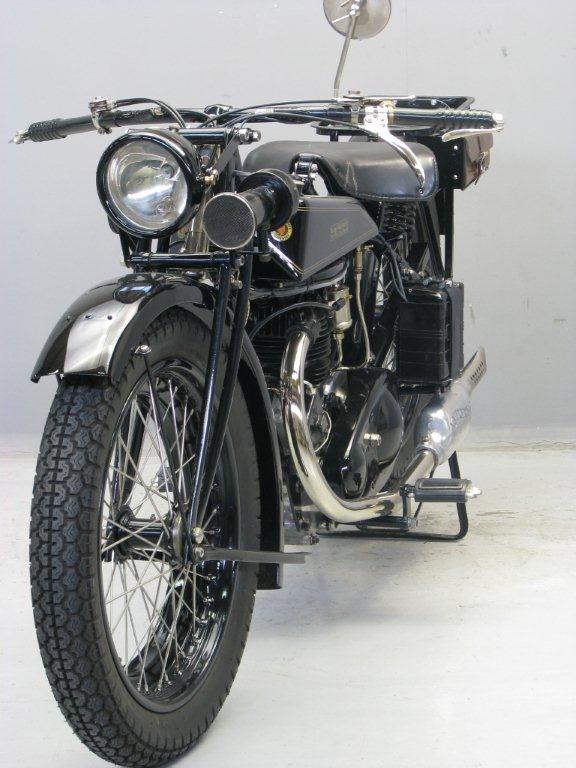 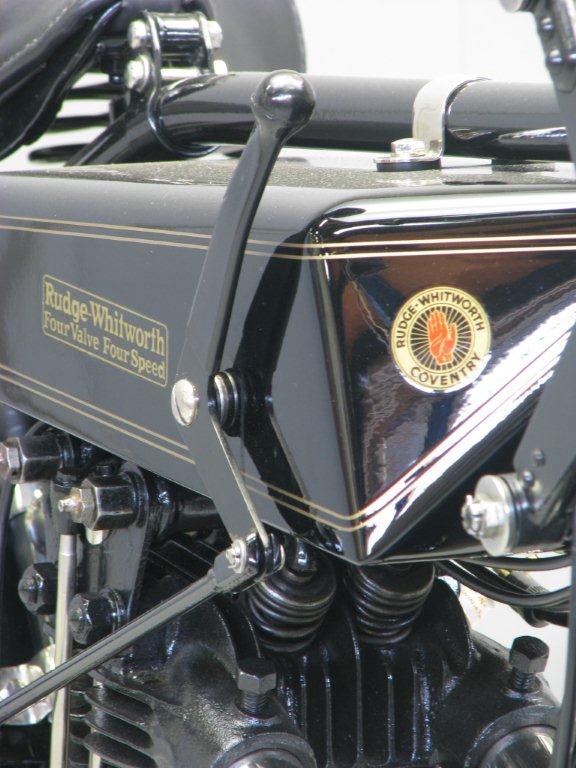 The Rudge_Whitworth company was an established bicycle factory that entered motorcycle production in 1911.
Their first machines were 499 cc IOE singles. They developed the famous Multi gear, with a possibility of up to 21 gear positions.
In 1924 the factory introduced a new range of four valve singles.
The four valve initially appeared as a 350 but was soon followed by a 500 cc  model.
From 1926  up to 1929   only 500 cc models were listed.
Notable features of the 1924-1927 machines were the brakes that had curved shoes with large friction faces.
These worked against flat braking surfaces that were in effect extensions of the wheel rims.
The “Special” was new for 1927 and featured superior finish, Tecalemit automatic lubrication, Terry saddle, front fork shock absorbers and straight twin exhaust pipes with aluminium expansion chambers.
This early “ Special”  is a concourse restoration.