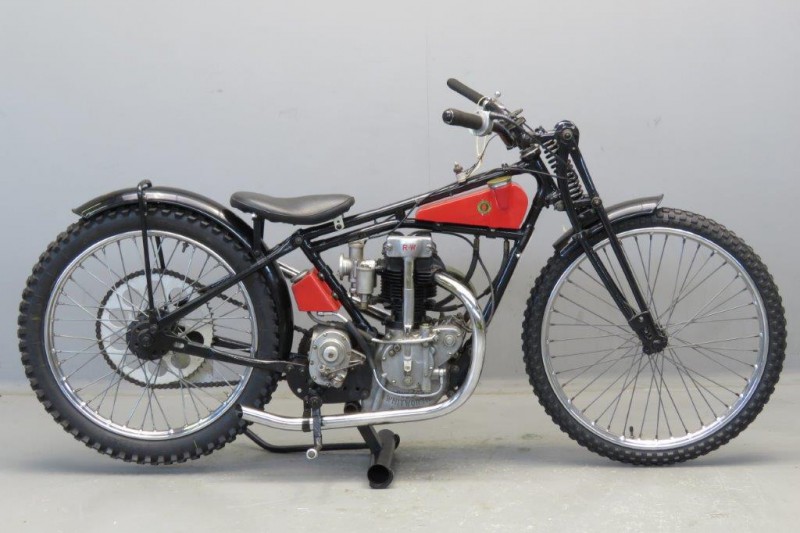 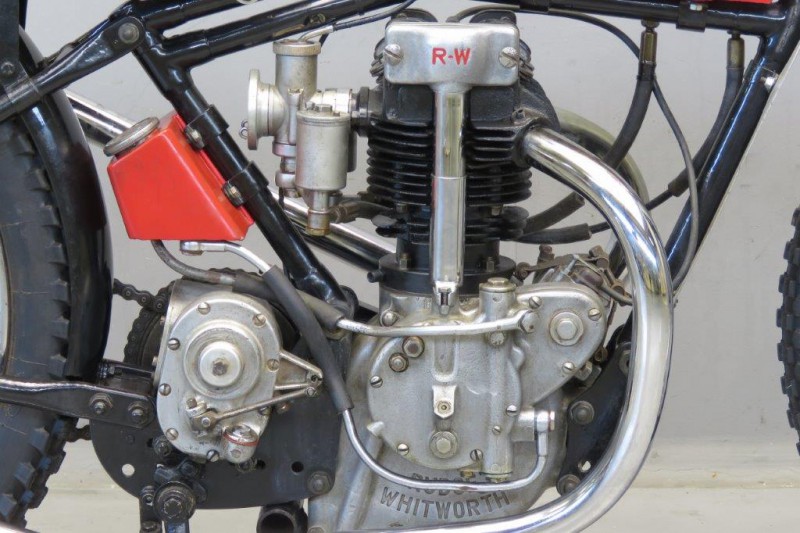 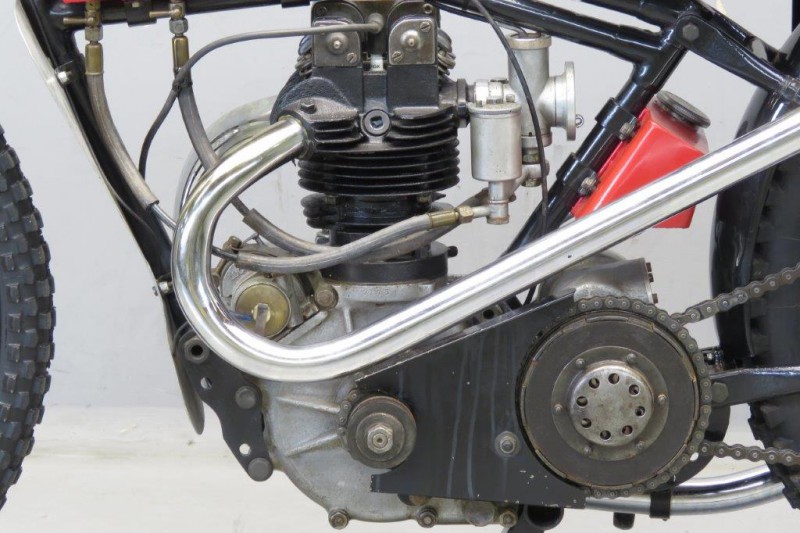 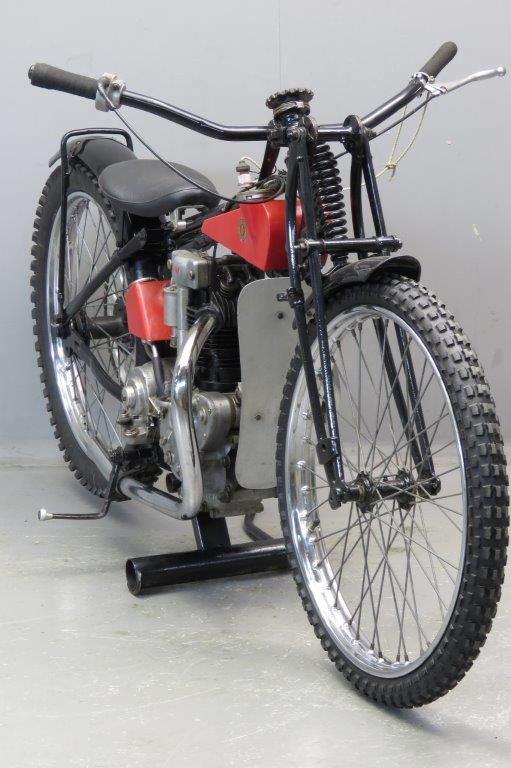 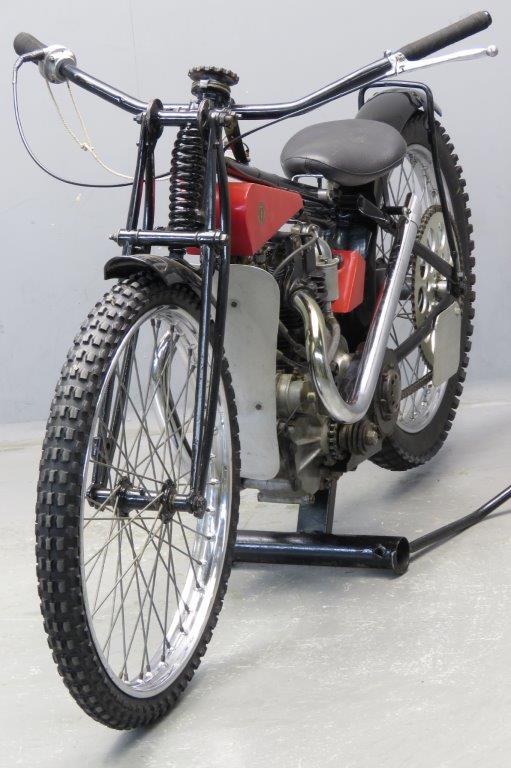 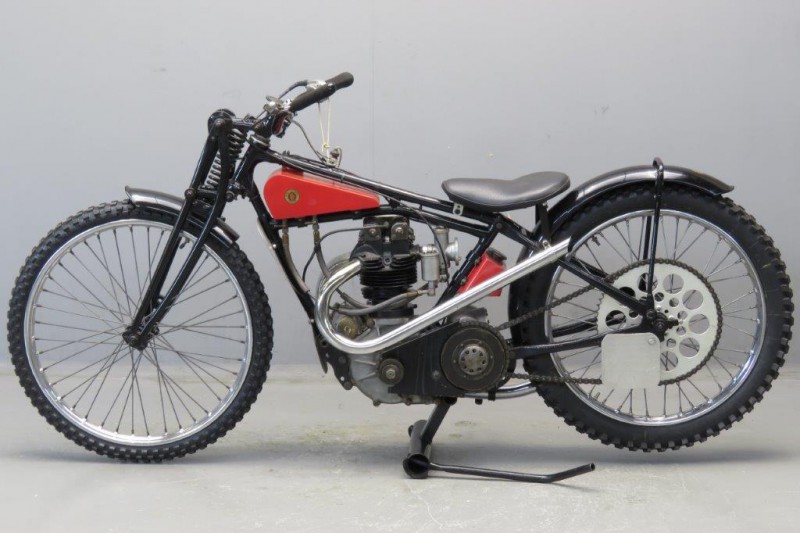 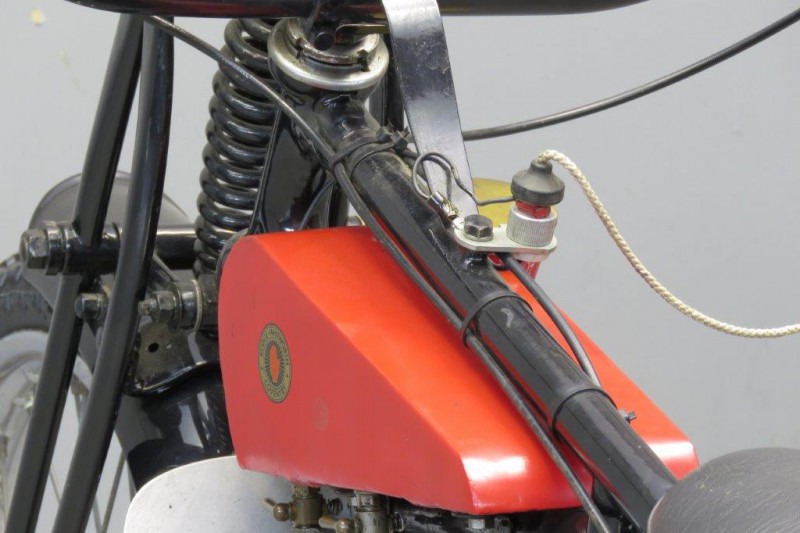 Dirt track (speedway) racing arrived in the UK in 1928 from Australia, the first make of motorcycle to achieve dominance on the cinders being Douglas.
The latter was soon deposed and for a while it was the lighter and more compact Rudge that ruled the roost, before the arrival of the ubiquitous 'Speedway JAP' set the pattern for the next 30 years. Equipped with the 1927 works-type engine, Rudge's first 4-valve speedway prototype was assembled in June 1928 and the model entered production the following month; at first the frame was fitted with bracing struts to prevent flex, though these would soon be abandoned. Once the JAP engine had established its superiority, production of the Rudge speedway model ceased (in 1933), though they continued in use for a number of years, sometimes fitted with JAP engines.
We found this 4-valve Rudge speedway to run very well after a change of the large main jet , intended for alcohol, to a more suitable jet for regular fuel.