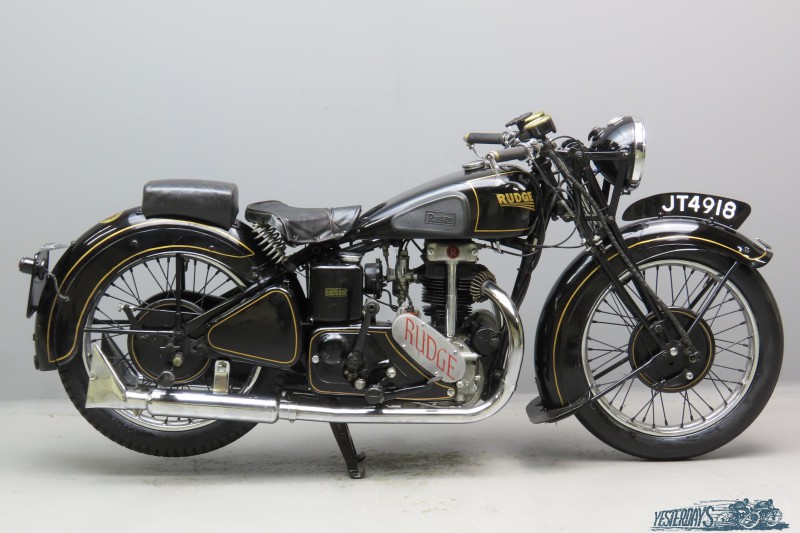 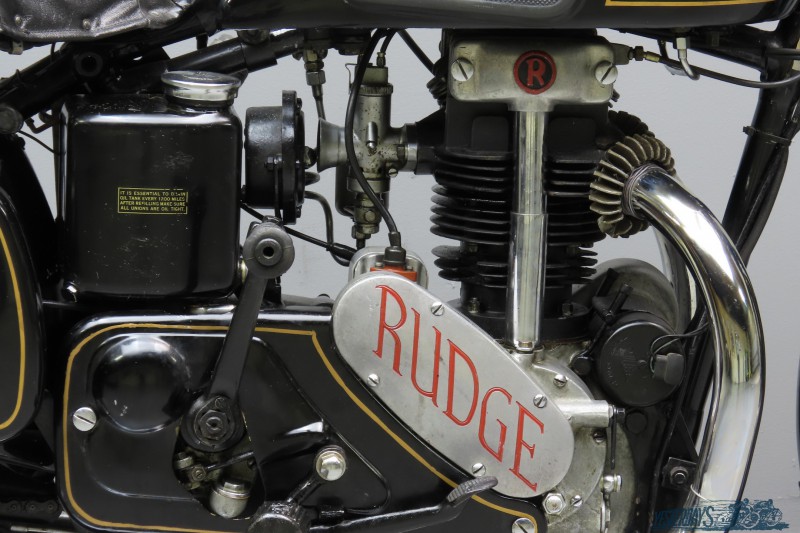 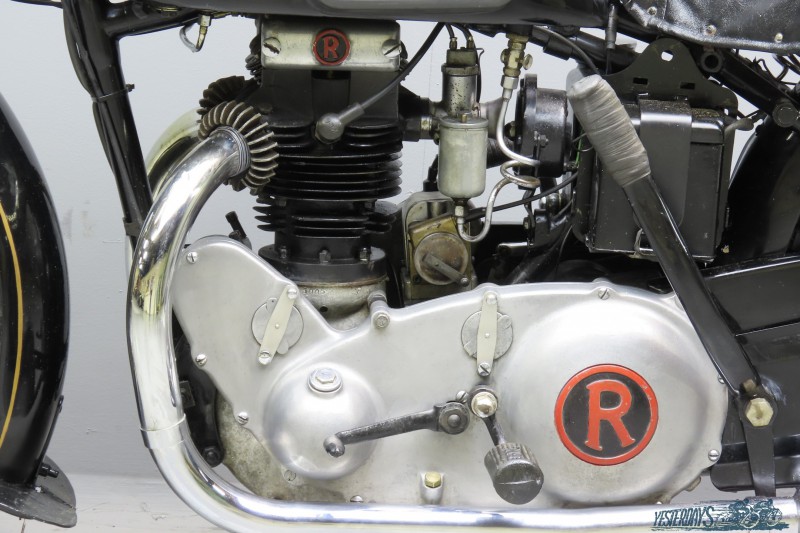 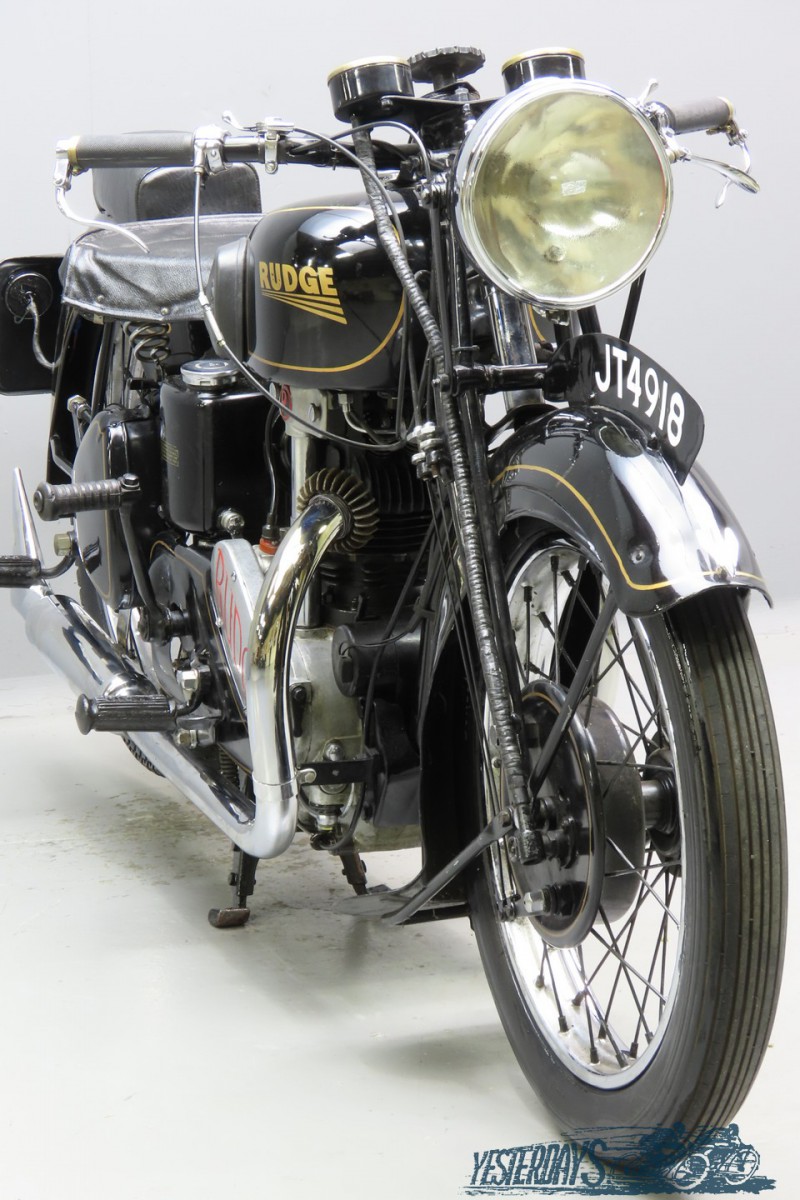 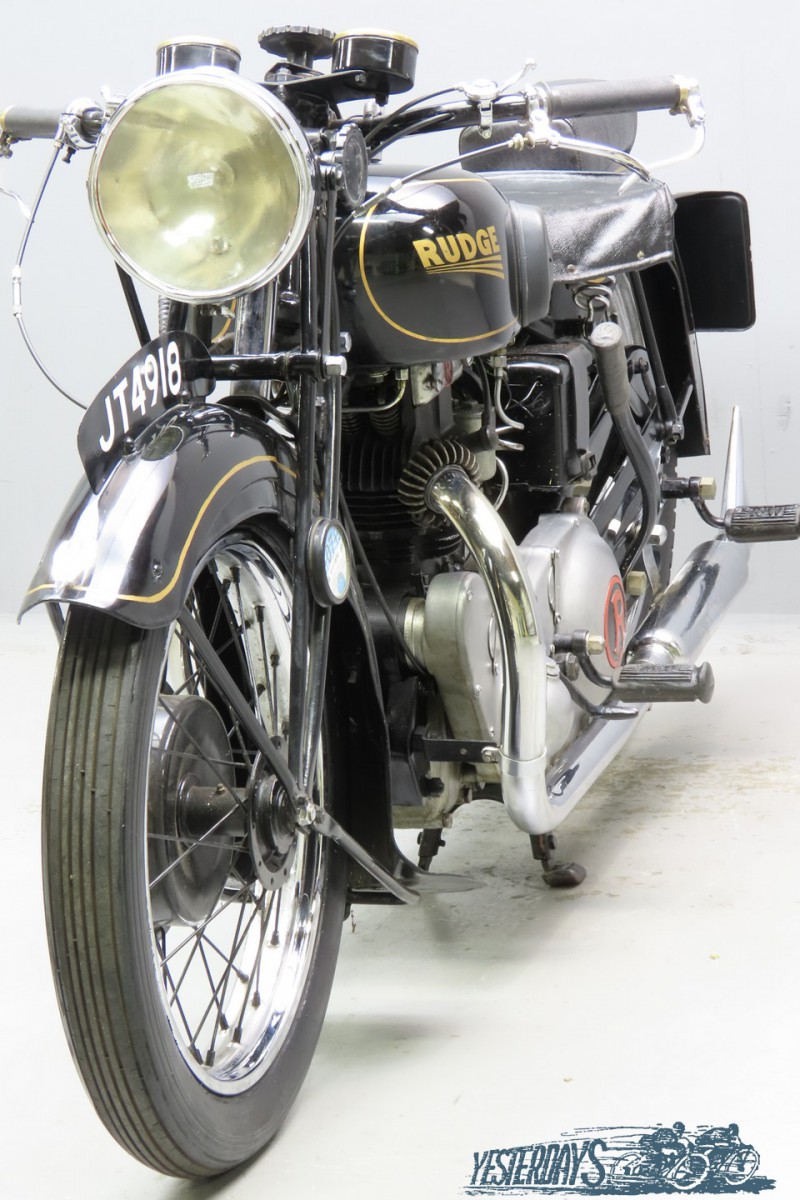 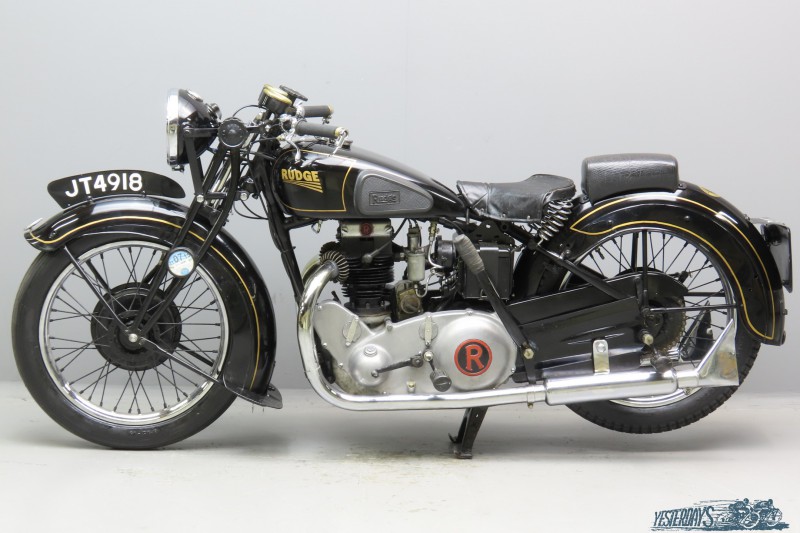 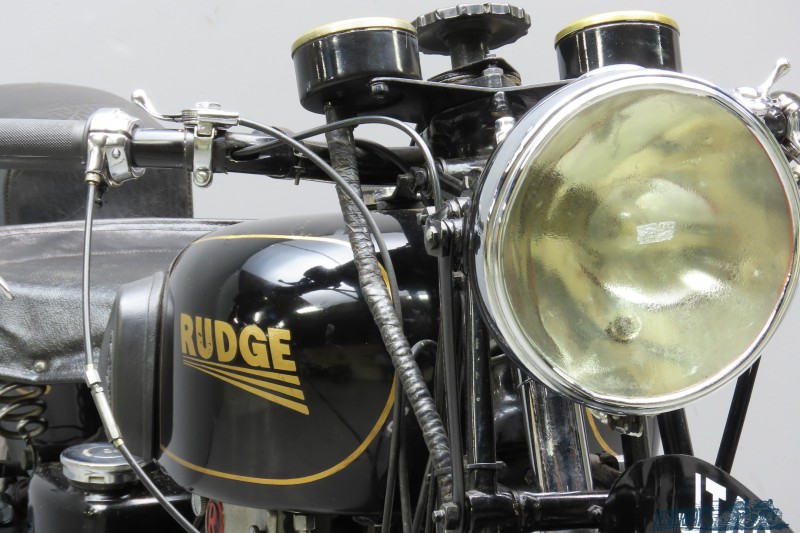 The full potential of Rudge’s four-valves-per-cylinder design – introduced in 1924 – was slow to emerge but in 1928 Graham Walker’s works 500 became the first motorcycle to win a road race – the Ulster Grand Prix – at an average speed in excess of 80mph, a feat which led to the introduction of the legendary ‘Ulster’ model.
A variety of valve arrangements was tried across a range of 250, 350 and 500cc models, and by the mid-1930s had stabilised: the 500 Special employing a parallel layout and the Ulster a parallel/semi-radial combination.
It should be noted that despite its name the Special was the touring 500, the Ulster being the sports version.
Landmark developments included the enclosure of the valve-gear for 1937 and the switching of the gearchange lever from the left-hand to the right-hand side of the gearbox.
A compact machine with a willing engine and powerful linked brakes, the 500 Special is a delight to ride and copes easily with present-day traffic conditions.
Supplied by Huxhams of Bournemouth, this particular Rudge
Special was acquired in the 1950s and ridden throughout that decade.
Unused for many years, it is an older restoration that has acquired a
nice patina of age.
Re-commissioning and the customary safety checks will be required before returning the Rudge to the road.
Accompanying documentation consists of an old-style continuation logbook (issued1975) and a V5C document.