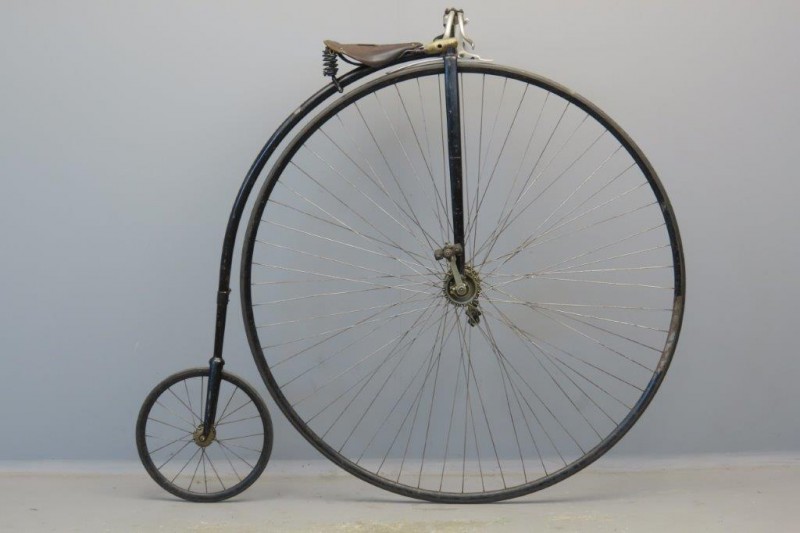 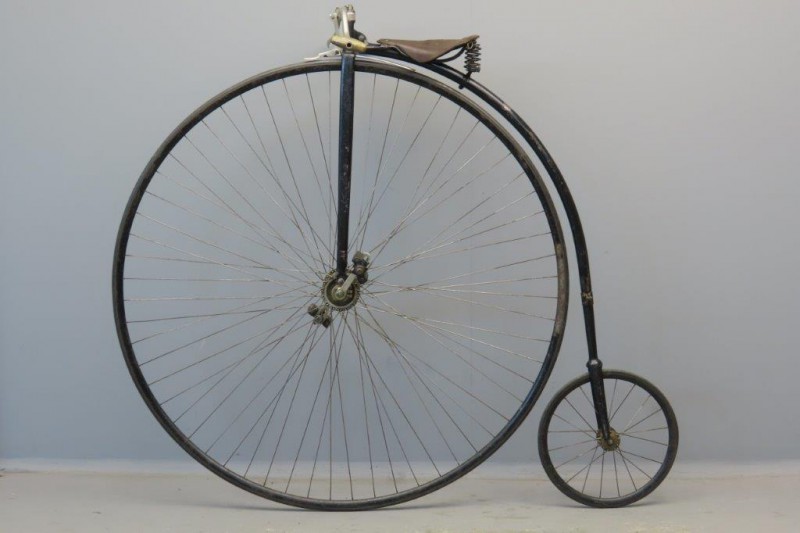 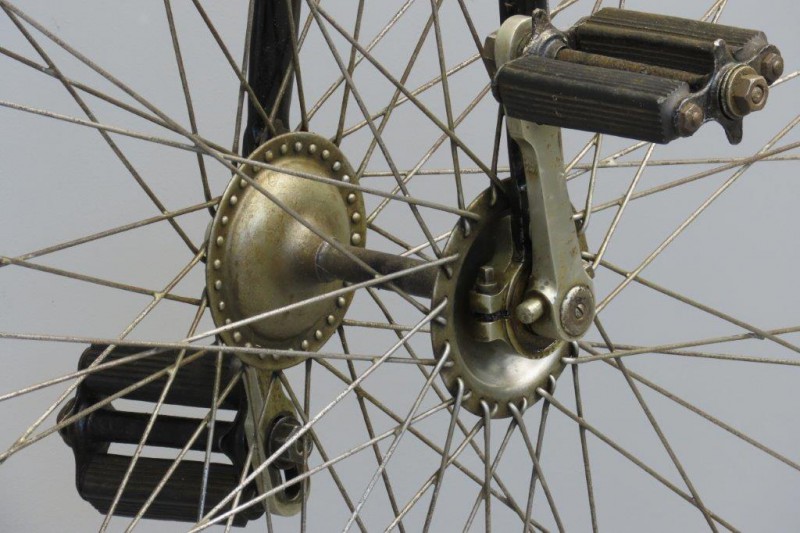 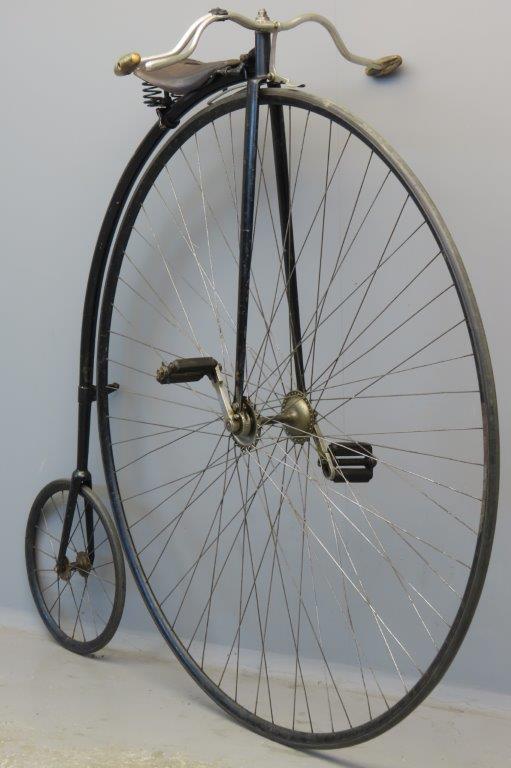 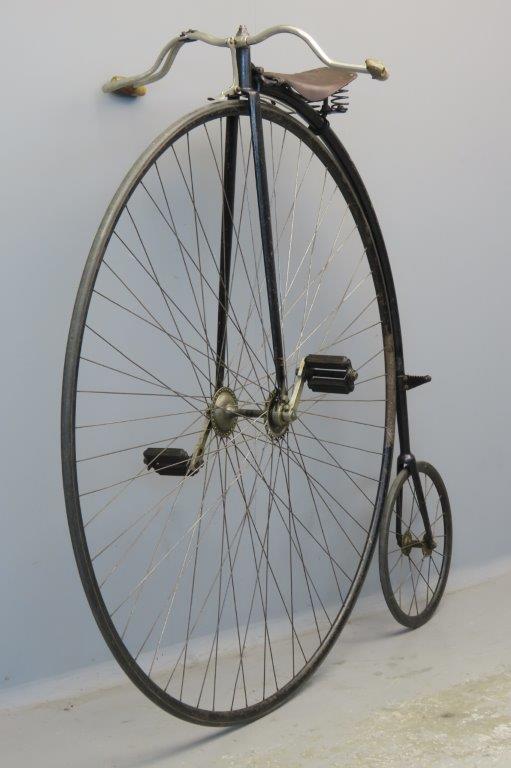 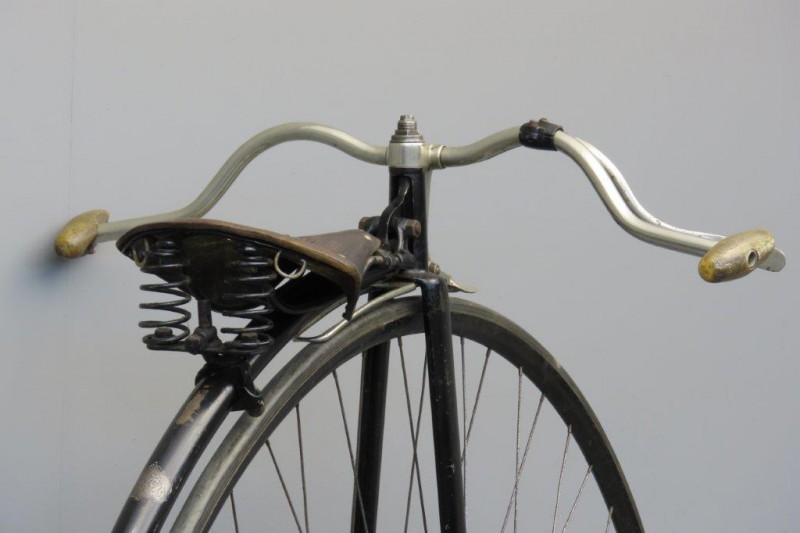 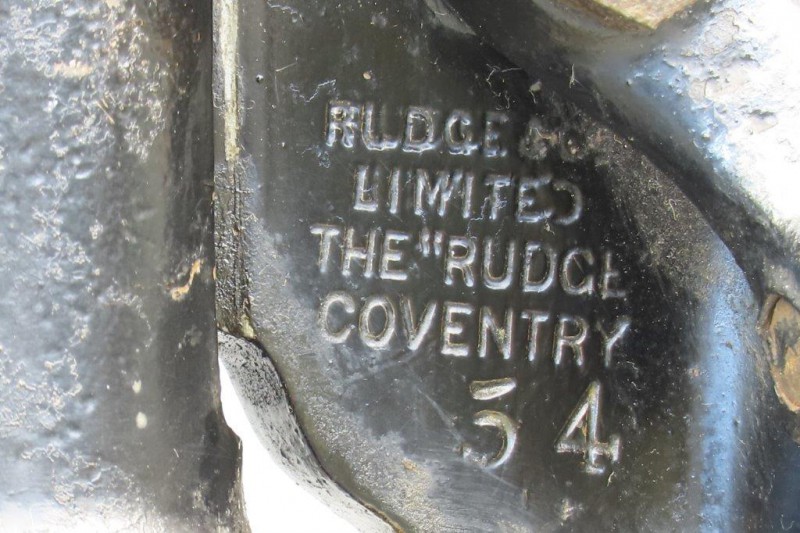 With a frame number of 28395, this bicycle dates from circa 1885.
The tangent spoked driving and trailing wheels possess their original soldered-spokes and rims.
Other features include 5-inch slotted cranks and original pedals, a front hub with cone ends fitted to Daniel Rudge’s 1878-patented adjustable bearing assembly and hollow forks.
Rare 27-inch detachable hooped handlebars with horn grips are fitted.
The saddle is a Brooks ‘Long Distance’ to which a new top has been fitted.
The rear support is bolted to the circular-section backbone, the end of which is swathed into the rear forks holding a 17-inch wheel.
Original nickel-plating and some original black enamel are also still visible.
The company name, model and wheel size are clearly stamped on the steering yoke and, interestingly, the backbone manufacturer’s acid-etched armorial for Hydes & Wigfull is located on the backbone, just behind the saddle.
Other qualities include the very rare inclusion of a detachable handlebar option, together with a nickel-plated leg guard, an adjustable rear mounting step, and a spoon-brake to the front wheel.
This is truly a highly original bicycle that was purchased from Downie’s Cycle & Motorcycle Depot in Haymarket Terrace inEdinburgh in 1957.
She has been dry-stored and has seen little used for 60 years.
Prior to 1957, this Rudge is believed to have been in one family ownership since new.
Although its early history is unclear, it did feature as a stage prop for performances by comedian Tommy Lorne at the King’s Theatre in Edinburgh in 1930.