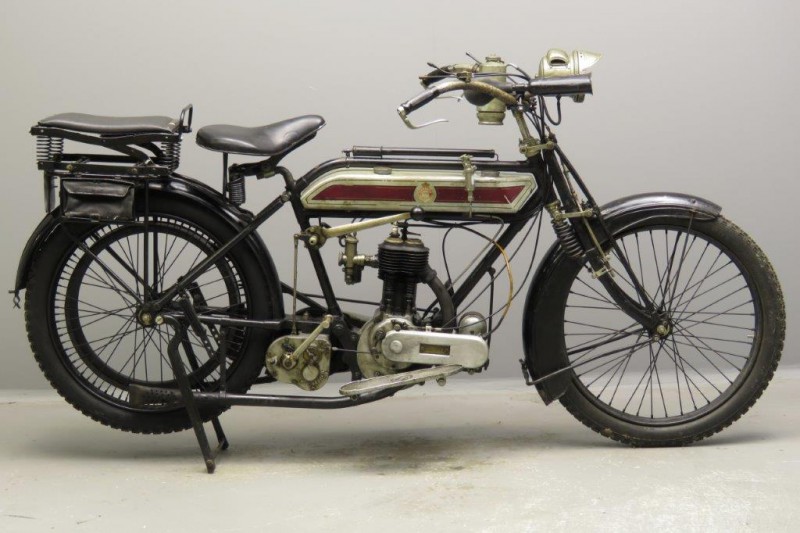 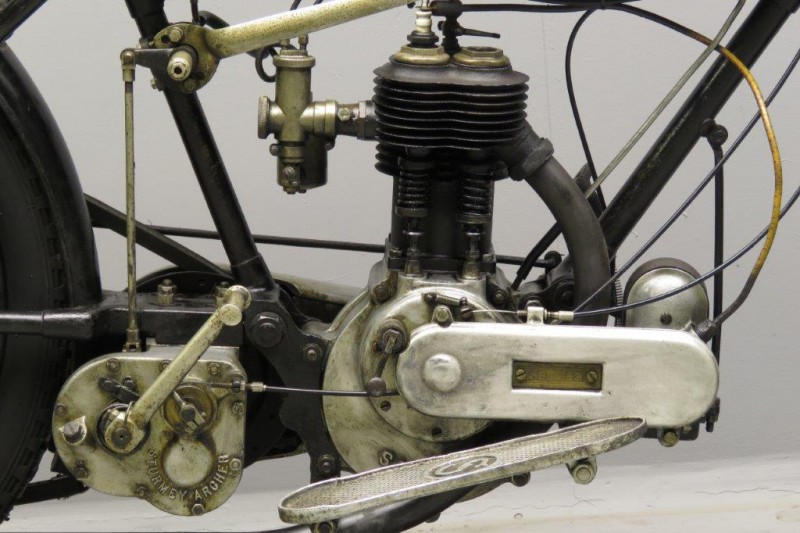 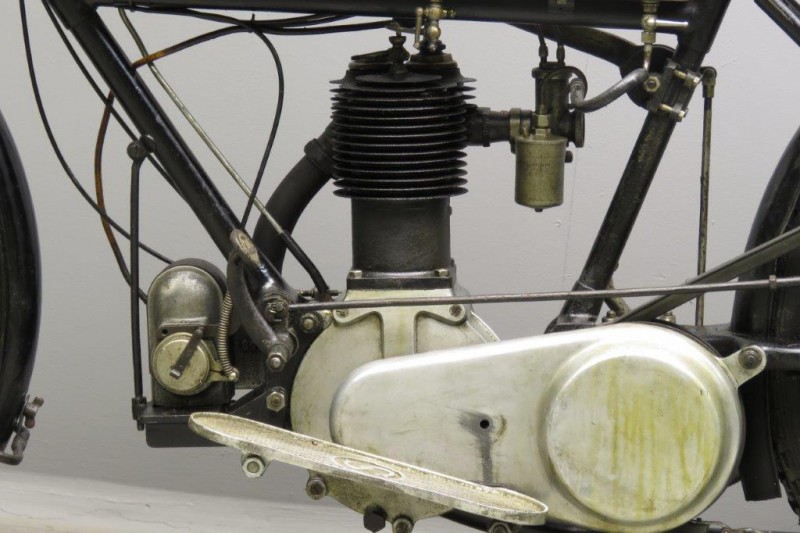 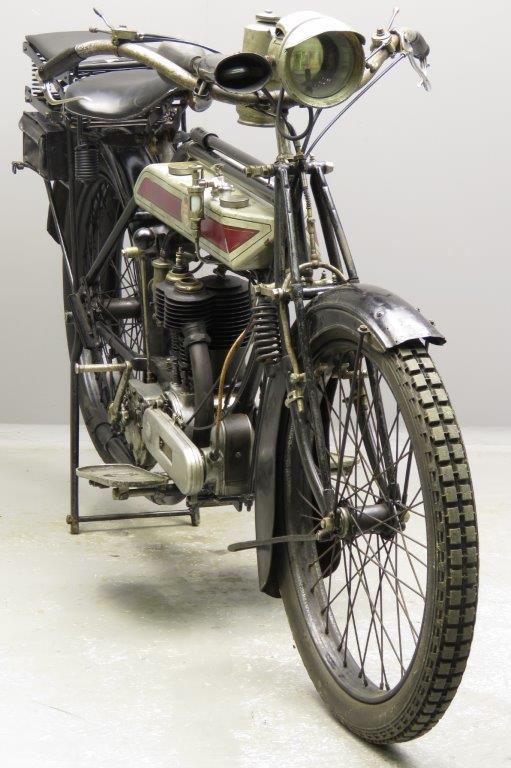 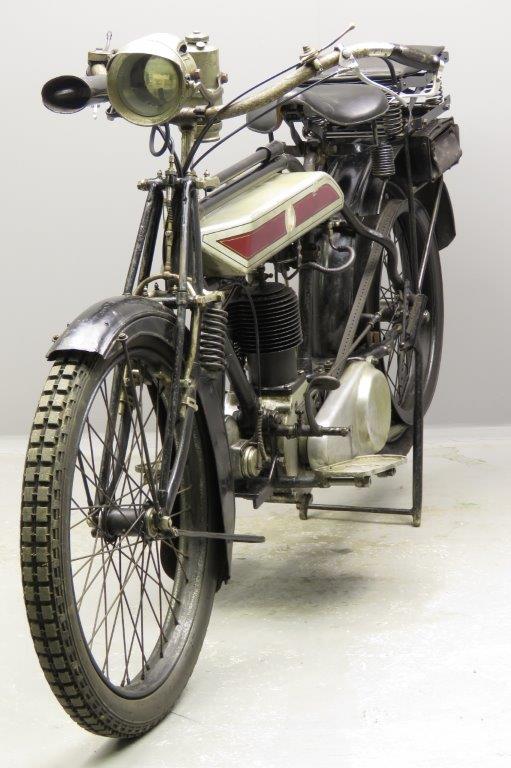 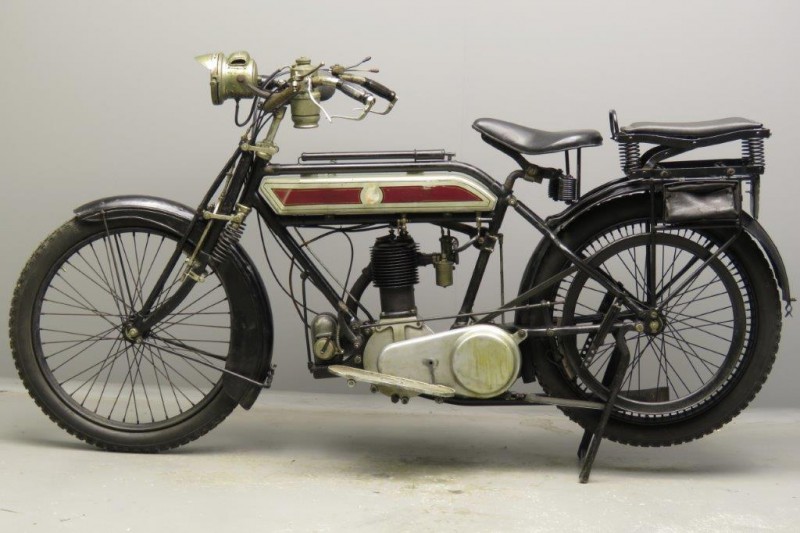 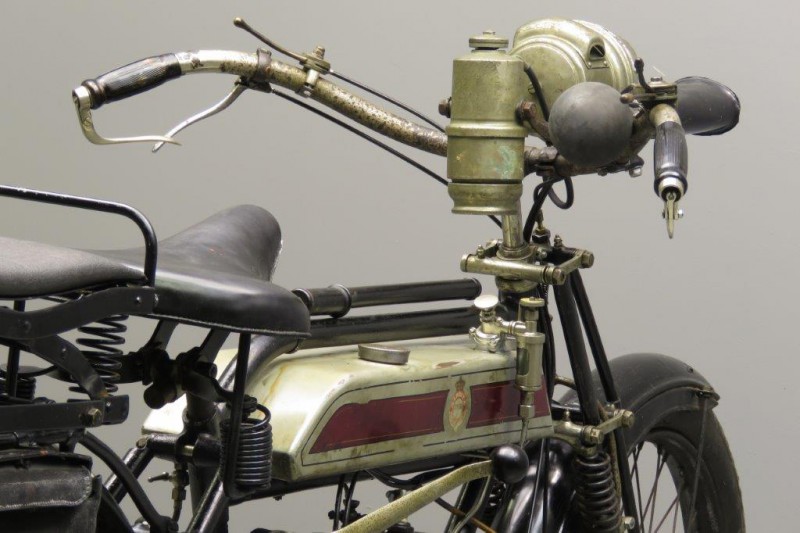 The firm was established in 1850 at Herstal( Liege) as an arms factory by Joseph Saroléa.
In 1892 the production of bicycles was started.
Joseph died in 1894 and under the management of his sons the company grew bigger and bigger.
In the early years of the new century the company started to develop motorized bicycles and soon Saroléa was a force to reckon with: around 1907 the firm employed some 200 labourers and had 4000 m2 of production facilities.
In the early years of the century Saroléas were sold in Britain under the “Kerry” brand.
Both singles and V twins were made and the firm supplied engines to a number of firms in several countries.
In turn, Saroléa used a number of British components such as Sturmey Archer gearboxes and AMAC carburettors.
After the war the production was taken up again in 1919, first with a continuation of the 1914 3 ½ HP single but soon a new 4 HP model with bore x stroke of 85×97 mm and countershaft gearbox was presented.
The engine of this model bore a striking resemblance to the Triumph Model H engine and it was also equipped with a Sturmey –Archer 3 speed gearbox.
The first machines had the gear lever on the gearbox, later it was placed higher up on the seat post.
The B&B carburettor and ML magneto were also British made items.
This sturdy Saroléa has been restored at some time in the past and is a good runner.
The machine comes with acetylene lighting, bulb horn and Tan-Sad pillion seat.
She has a current Dutch registration.