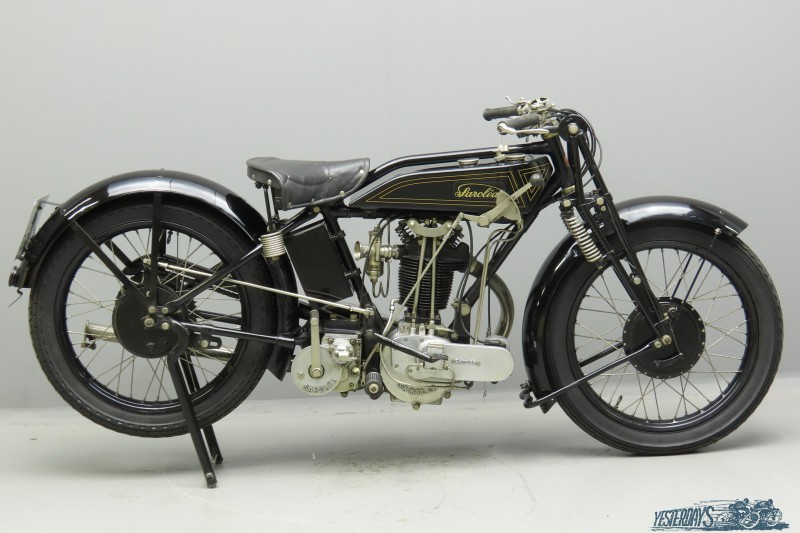 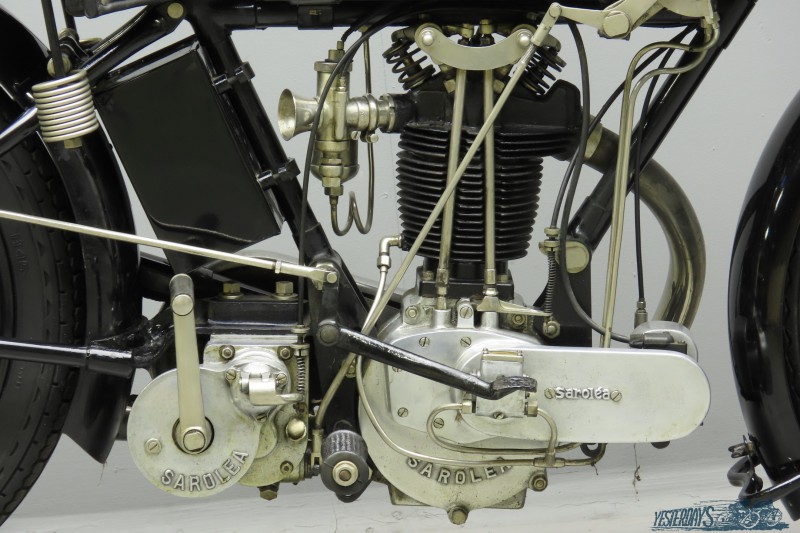 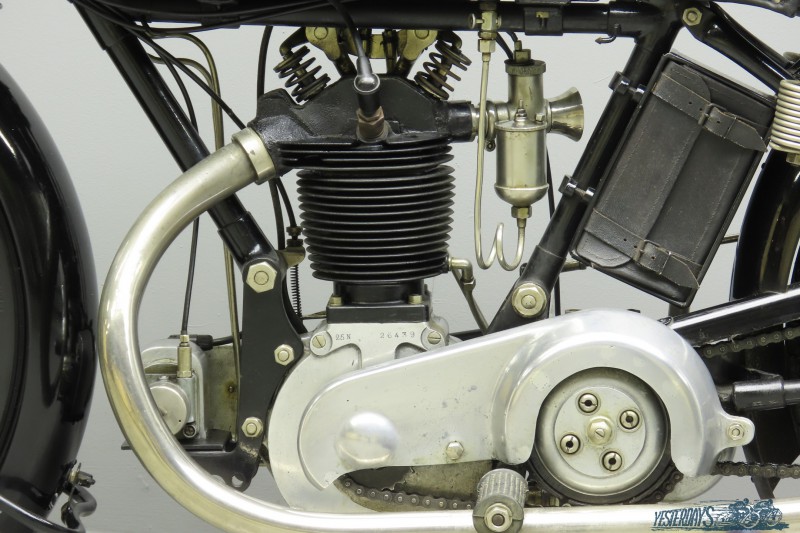 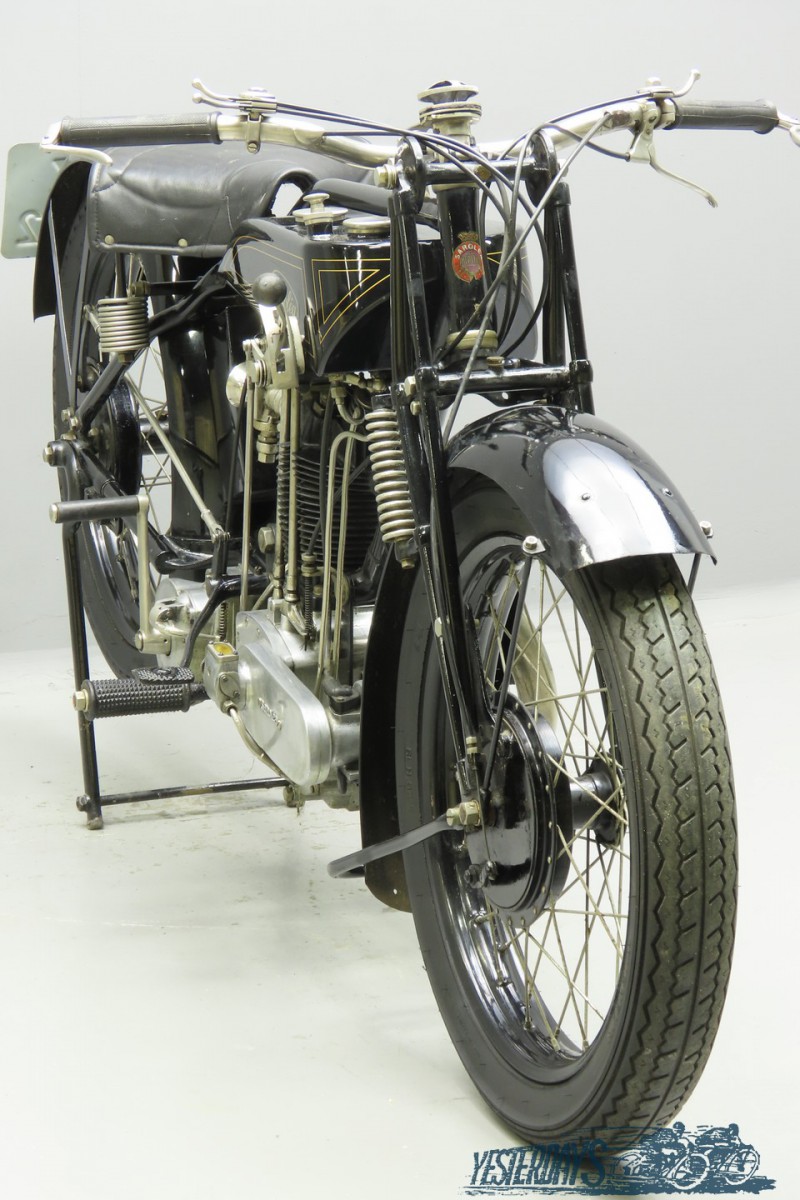 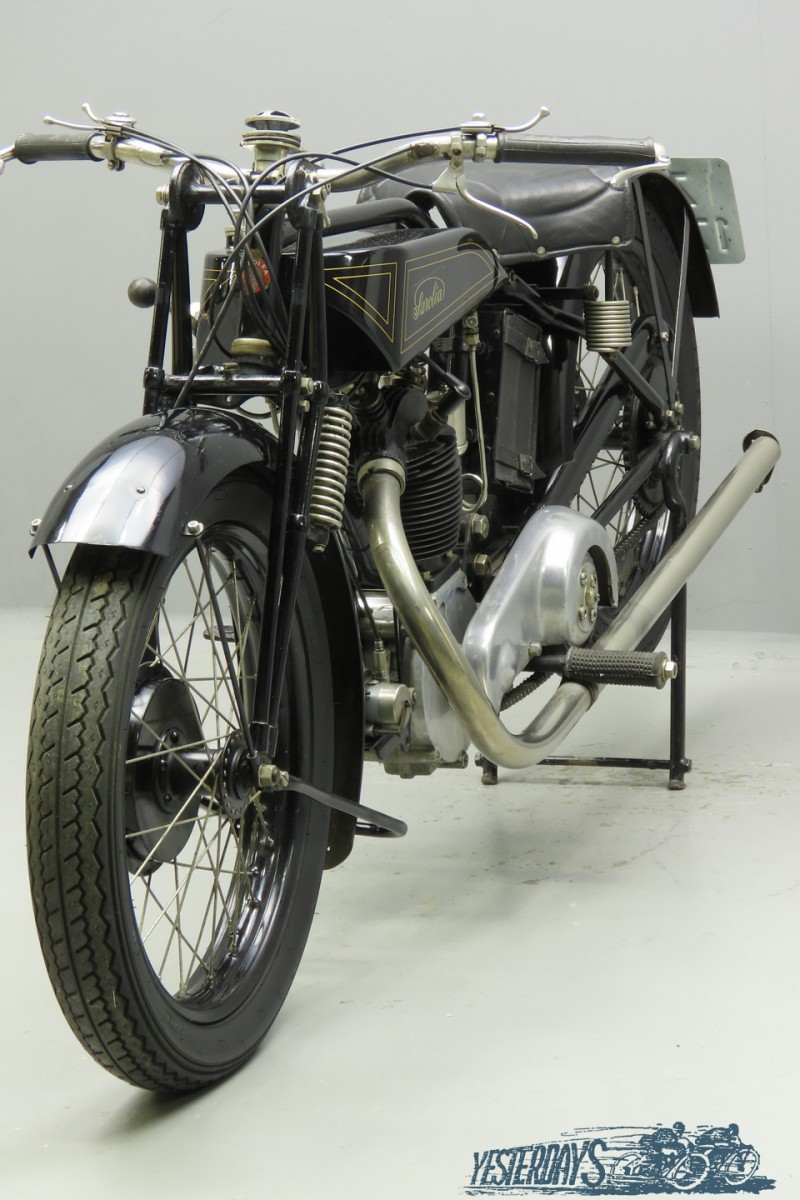 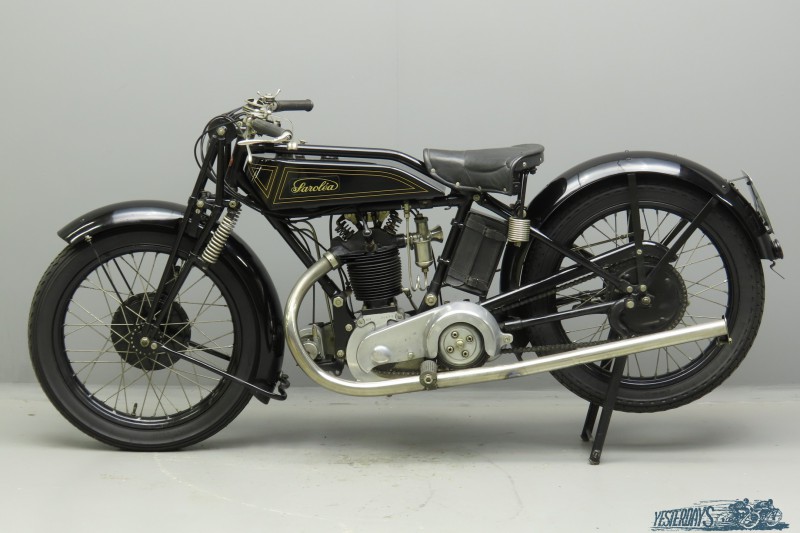 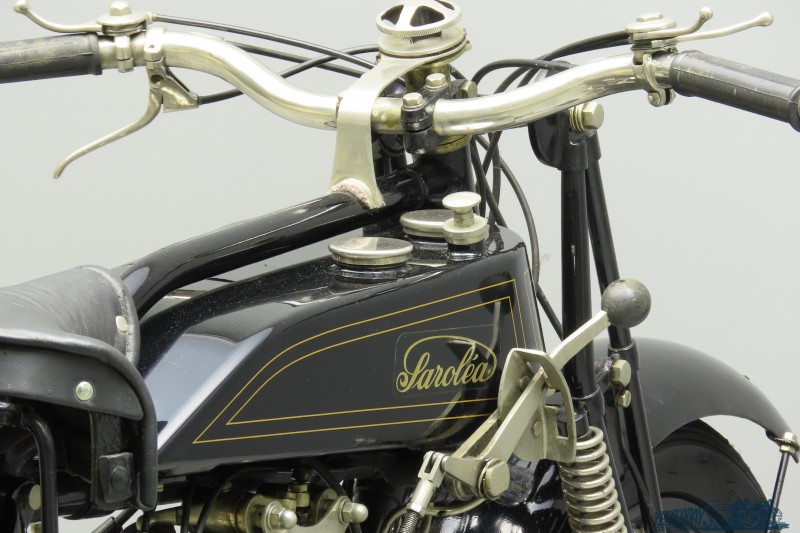 The firm was established in 1850 at Herstal(Liege) as an arms factory by Joseph Saroléa.
In 1892 the production of bicycles was started.
Joseph died in 1894 and under the management of his sons the company grew bigger and bigger.
In the early years of the new century the company started to develop motorized bicycles and soon Saroléa was a force to reckon with: around 1907 the firm employed some 200 labourers and had 4000 m2 of production facilities. In the early years of the century Saroléas were sold in Britain under the “Kerry” brand. Both singles and V twins were made and the firm supplied engines to a number of firms in several countries.
In turn, Saroléa used a number of British components such as Sturmey Archer gearboxes and AMAC carburettors.
In the 20s the firm got successfully involved with long distance runs, reliability trials and hill climbs.
The first OHV model, a 500cc was presented for the 1924 season and had long stroke engine configurations of 80.5 x 97 mm. This “ 23 G Super Sport” could reach a speed of 120 km/ h.
One year later a 350cc version was presented, the “ 25 F Sport” with bore x stroke dimensions of 75x79mm. Both OHV models were consequently further developed and became very popular with sports riders.
From 1927 on the company made its own gearboxes. In 1928 an enlarged front wheel brake was introduced.
This was also the last year that flat tanks were employed on the standard 350 and 500 machines: the “23U Racing” was already equipped with a saddle tank in 1928.
The machine we present here has been restored a number of years ago and has been in the same family for a long time.
This purposeful vintage sports mount is in good condition throughout and is fitted with AMAC carburettor, Lucas magneto and steering damper.