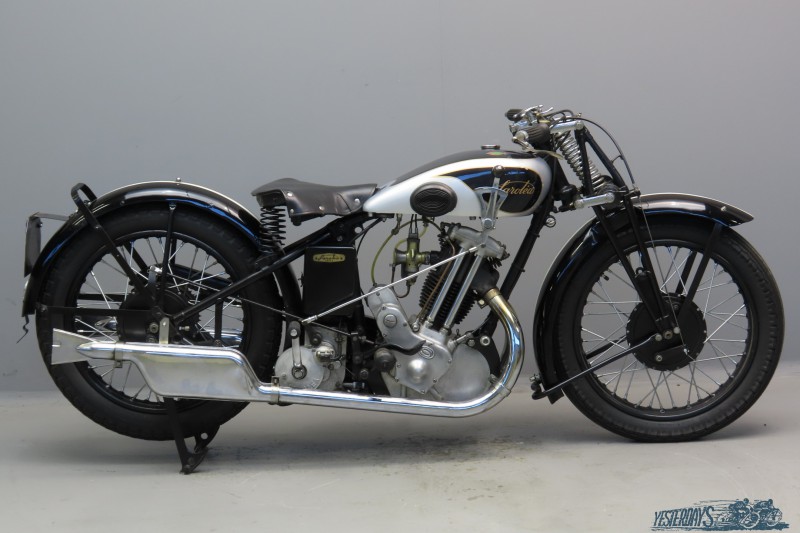 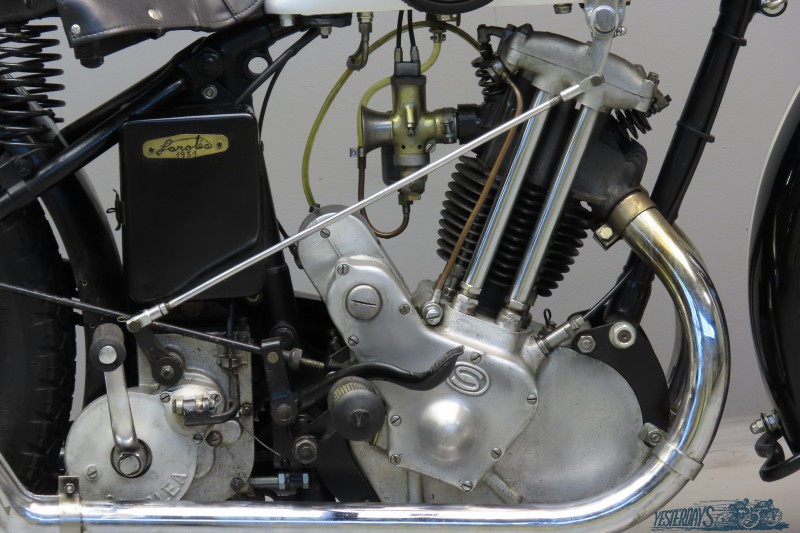 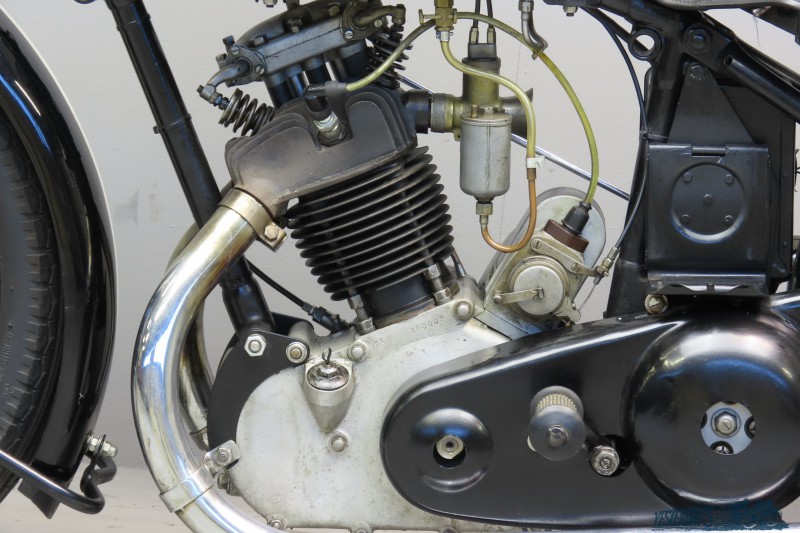 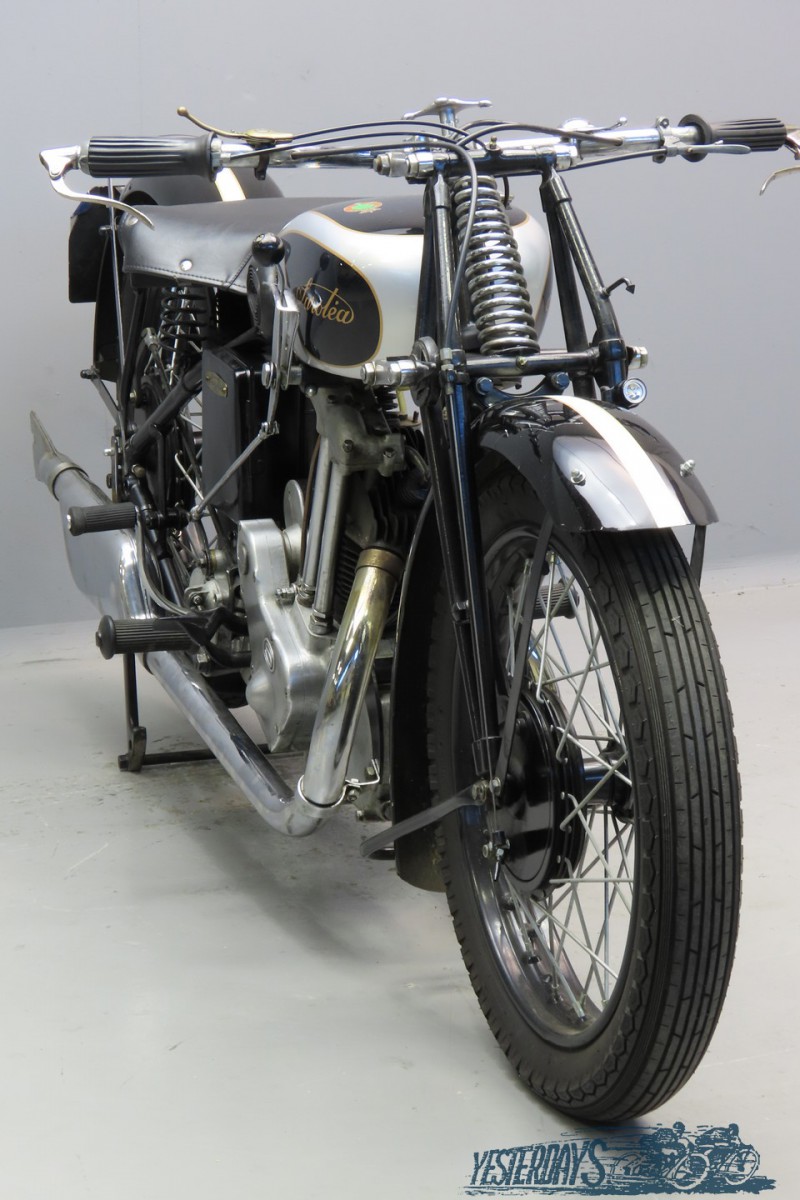 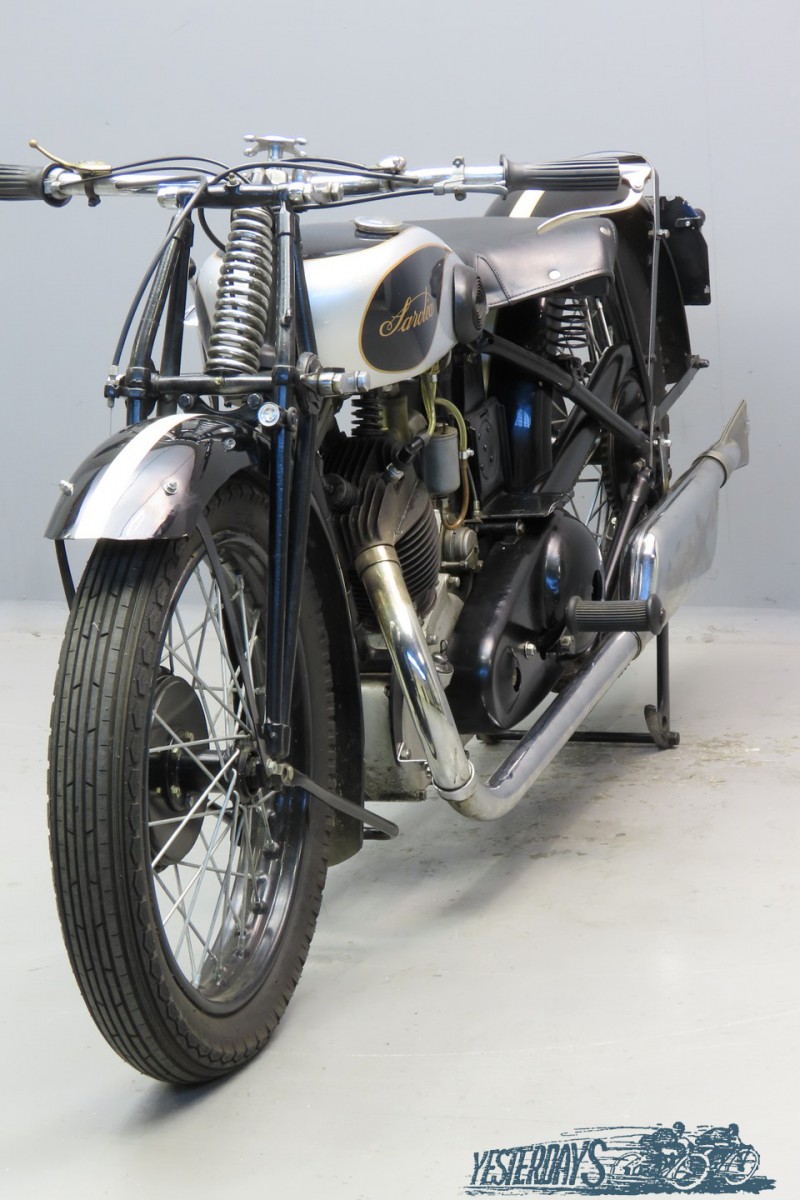 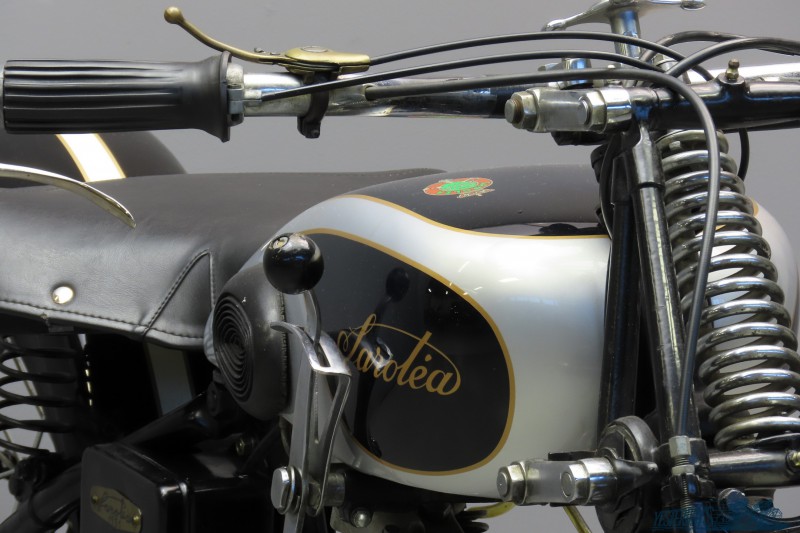 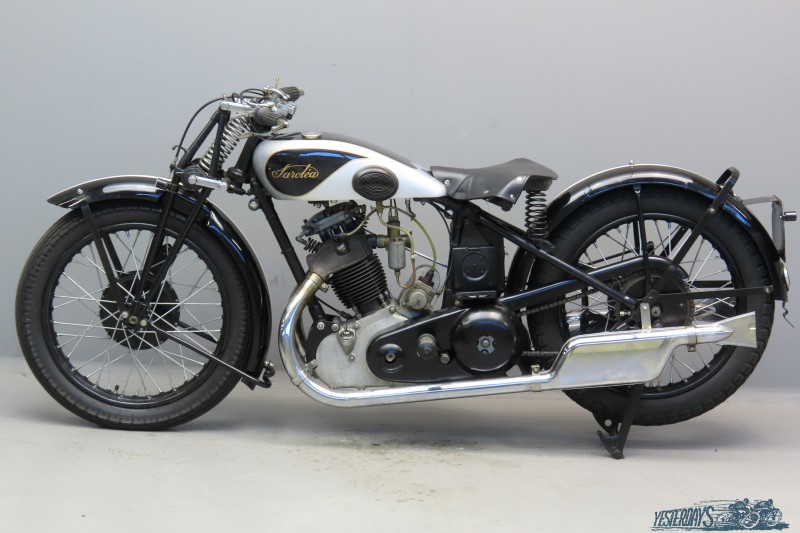 The firm was established in 1850 at Herstal( Liege) as an arms factory by Joseph Saroléa.
In 1892 the production of bicycles was started.
Joseph died in 1894 and under the management of his sons the company grew bigger and bigger.
In the early years of the new century the company started to develop motorized bicycles and soon Saroléa was a force to reckon with: around 1907 the firm employed some 200 labourers and had 4000 m2 of production facilities.
In the early years of the century Saroléas were sold in Britain under the “Kerry” brand.
Both singles and V twins were made and the firm supplied engines to a number of firms in several countries.
In turn, Saroléa used a number of British components such as Sturmey Archer gearboxes and AMAC carburettors.
In the 20s the firm got successfully involved with long distance runs, reliability trials and hill climbs.
From 1927 on the company made its own gearboxes and early in 1929 the factory was extended to some 6000 m2.
Nearly all components of the bikes were made in-house now and the production capacity grew to 50 machines per day.
Later in 1929 a brand new state-of –the-art production facility was commissioned which brought the production capacity to 75 machines per day.
Saroléa was ready for the new decade and showed this by presenting a fine new range of sloping engine ohv machines in December 1930.
The 349cc model had bore x stroke dimensions of 75×79 mm, the 493cc model measured 80.5 x 97.
The new engines had two-port exhausts and dry sump lubrication with the oil being kept in a forward compartment of the crankcase.
Next to the standard “Supersport” 350 and 500 models a limited number of racing machines was built, the “F” in the 350 class and the “R” in the 500 class.
These models can be considered as the predecessors of the famous “Monotube” racers that were brought out in 1935.
The “Racing” models had specially tuned engines and a racing-type Bosch magneto.
According to factory-backed information in Guy de Becker’s book “La Maison Saroléa” only twenty 31F machines were made.
This truly rare survivor is a road-registered older restoration in good condition.