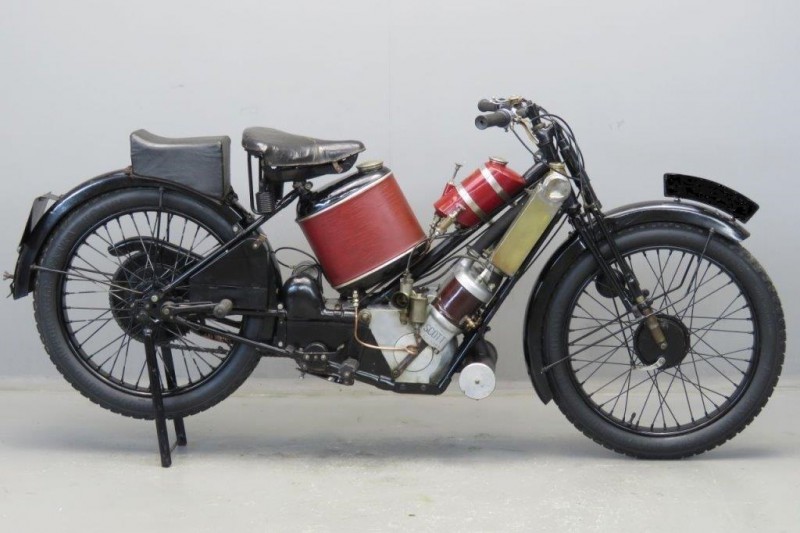 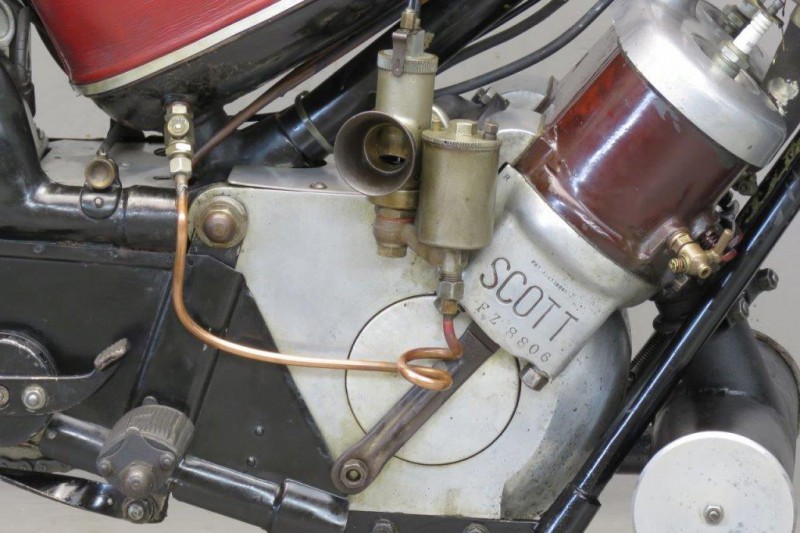 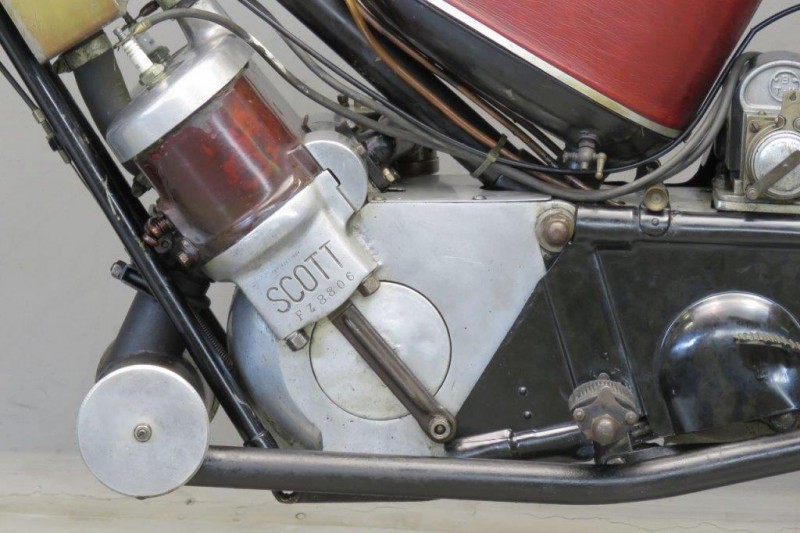 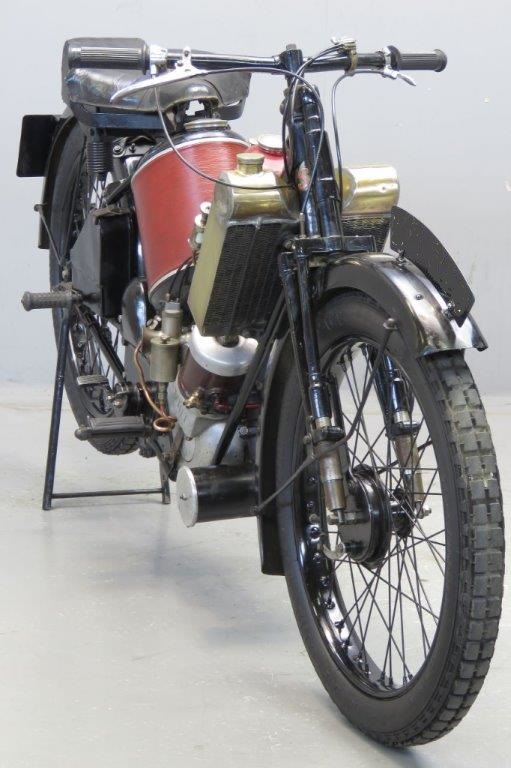 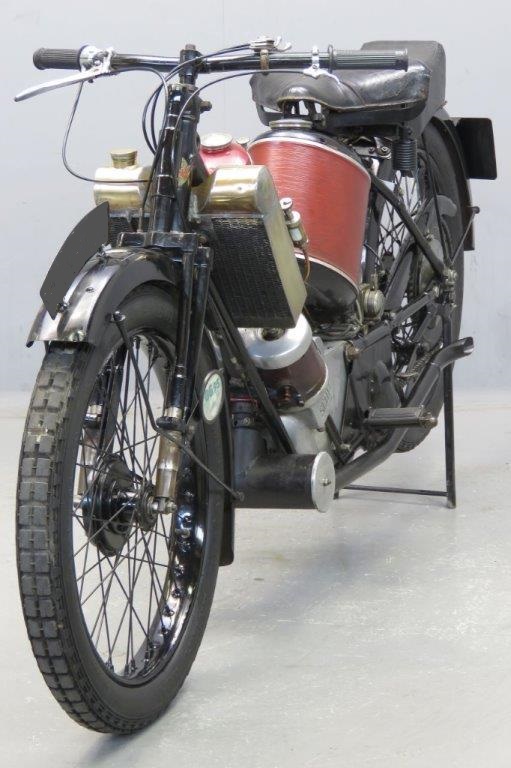 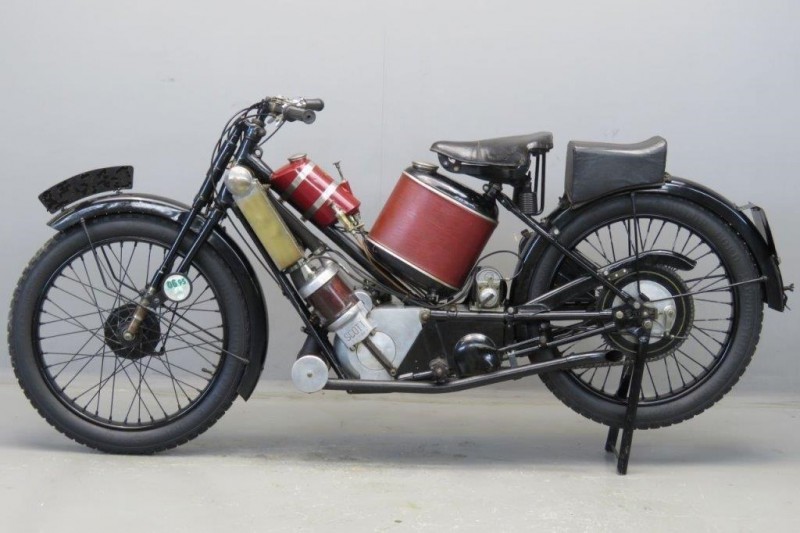 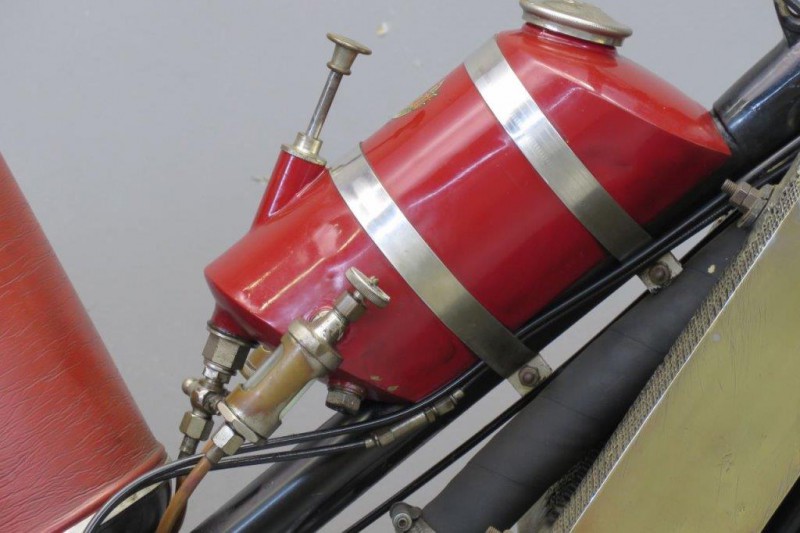 Alfred Scott, a gifted Yorkshire engineering genius, started experimenting with   twin cylinder two-stroke power  around the year 1900, when he mounted his little air-cooled twin in front of the steering head of his Premier bicycle.
He kept on refining his design and by 1910 the open-framed machine, so much different from standard motorcycle practice, was attracting more and more attention.
In the early twenties the type name “ Squirrel” appeared for a new sports model which gained great popularity for its speed and lightness.
For the 1926 season the Flying Squirrel was introduced; its specifications included full mechanical oiling by  means of a Best and Lloyd pump, enlarged exhaust ports with polished passages and an improved water-cooled cylinder head that gave better plug cooling.
The Flying Squirrels were available in 498cc and 596 cc capacities and there was a choice of two or three speeds.
This  2-speeder  is a well-running  older restoration.