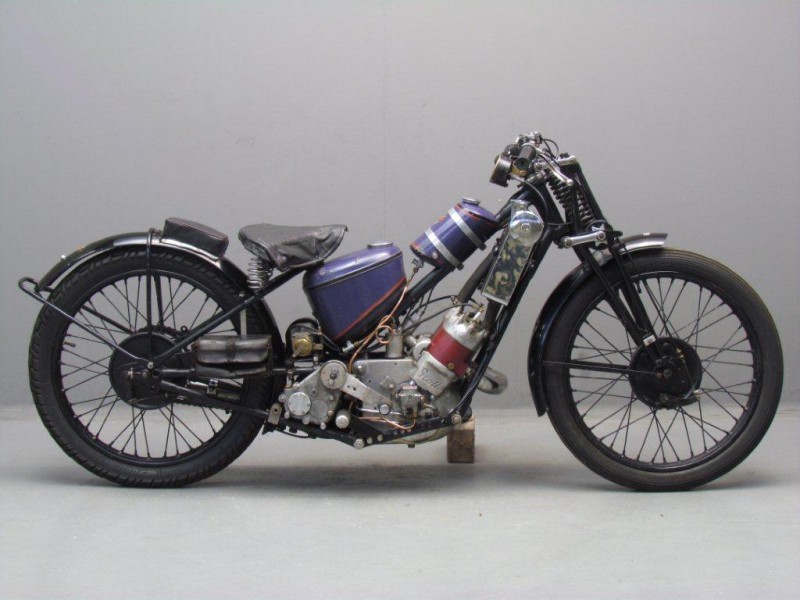 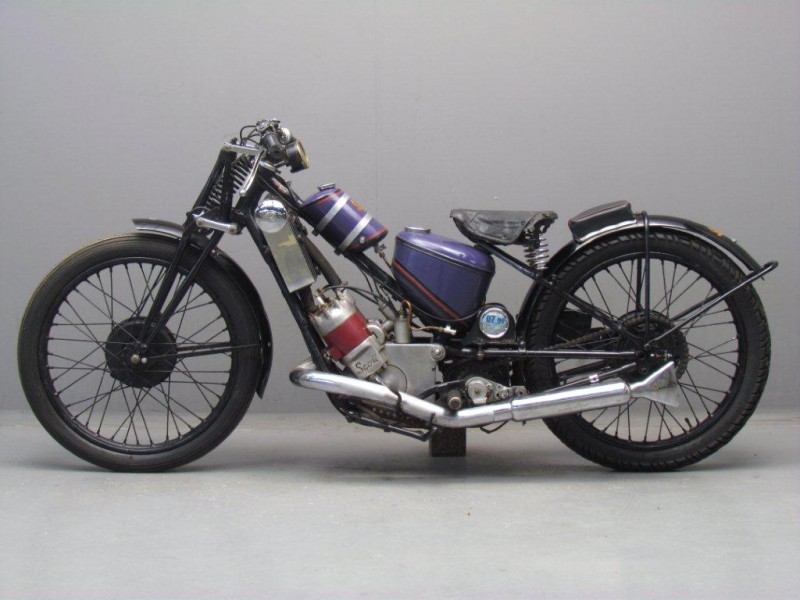 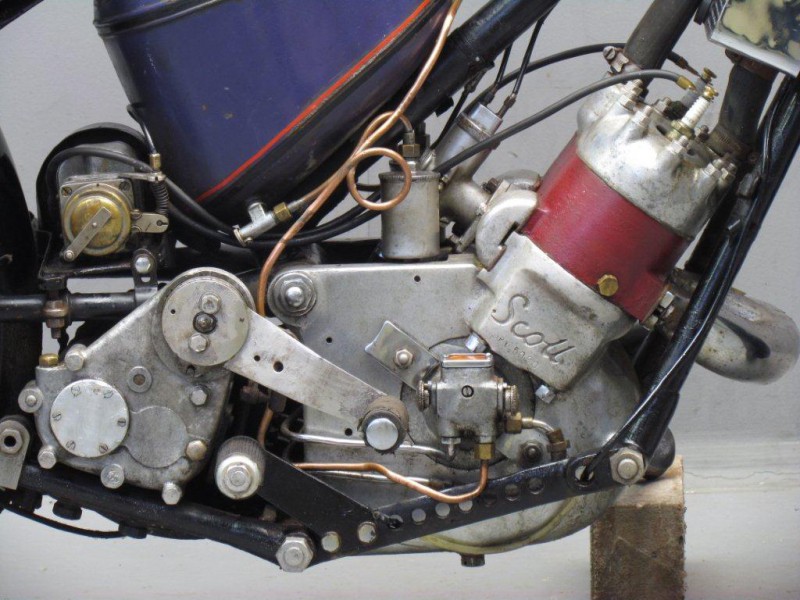 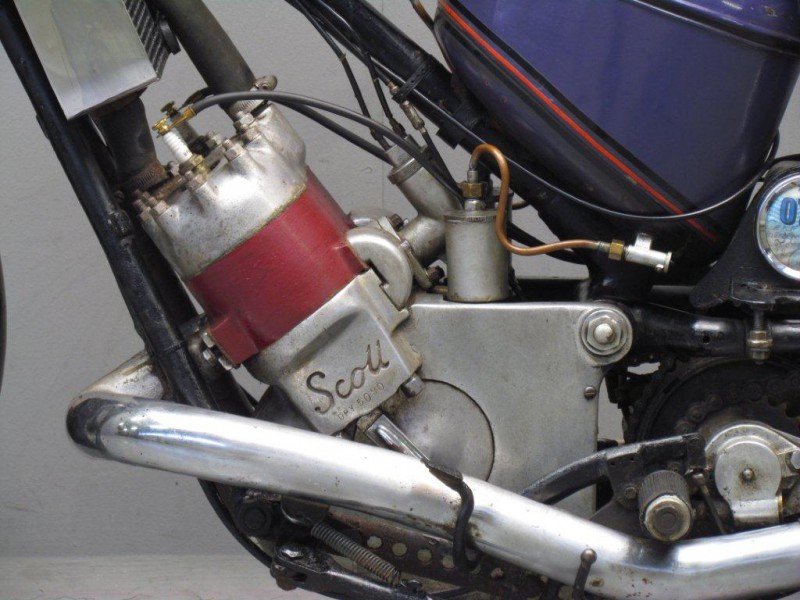 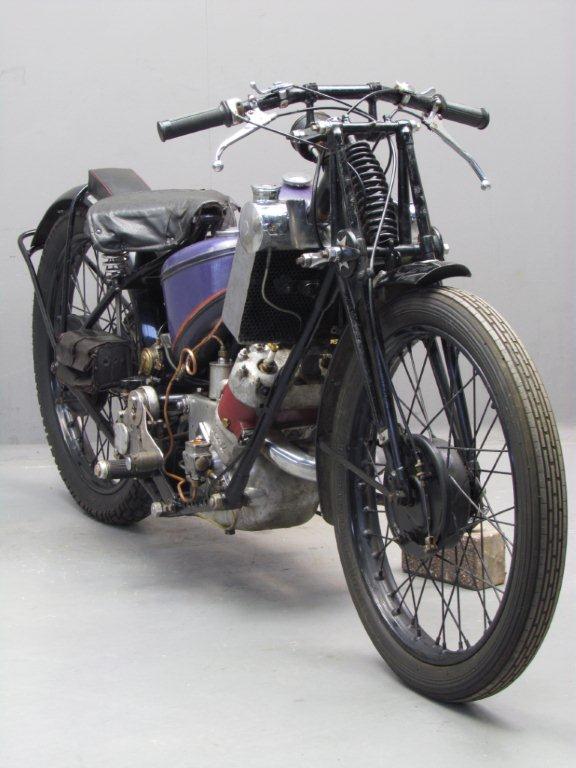 By 1930 the Scott was still a quality motorcycle but unquestionably an expensive, anachronistic one that had been left behind by the industry, increasingly becoming overweight and suffering concomitant loss of the original’s lively performance.
The successors of founder Alfred Scott had lacked his vision and were still building a machine of Edwardian design based on one basic engine and frame, adding a variety of features to which and hence producing what appeared to be an extensive range of models.
1932 saw the appointment of the official receiver, not unusual in those times of the industry, but Scott managed to continue in limited production, slightly updating specifications, until 1939 and the outbreak of WW2.
A short post-war period trying to promote an outdated machine with a similar price tag to the Inter Norton, but much less performance, led to liquidation of the original company.
The machine on offer  dates from 1931, a period in which many of the old original design features were still well in evidence, the most obvious being the oval fuel tank fitted to the seat down tube.
This machine looks to be in substantially correct and original condition, although for the layman it is always difficult with the Scott to be sure as no two seem to be exactly the same.
It has the 600cc engine option, 3-speed gearbox and looks if it was used for sprinting or other speed events.
The engine is a TT replica and might be of somewhat later manufacture.
This Scott would seem to require a little re-commissioning before returning to the road. It is an interesting machine, worthwhile to investigate any racing history.