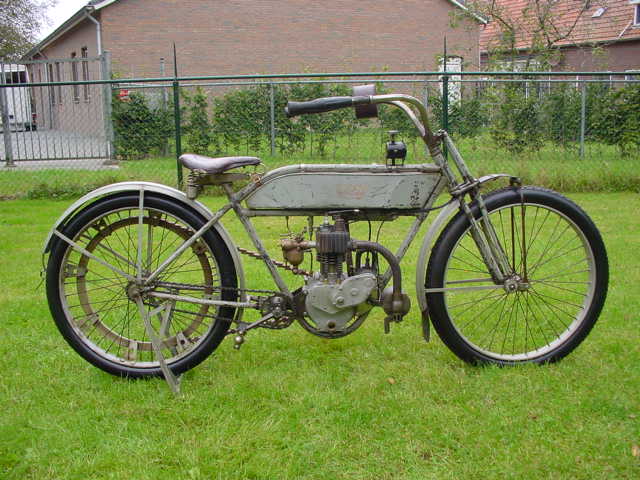 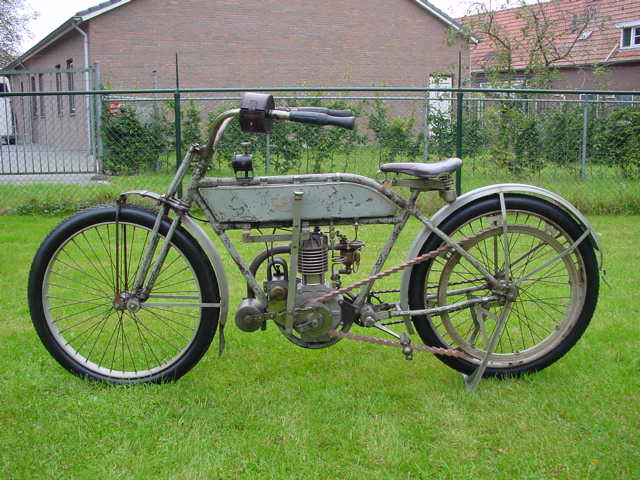 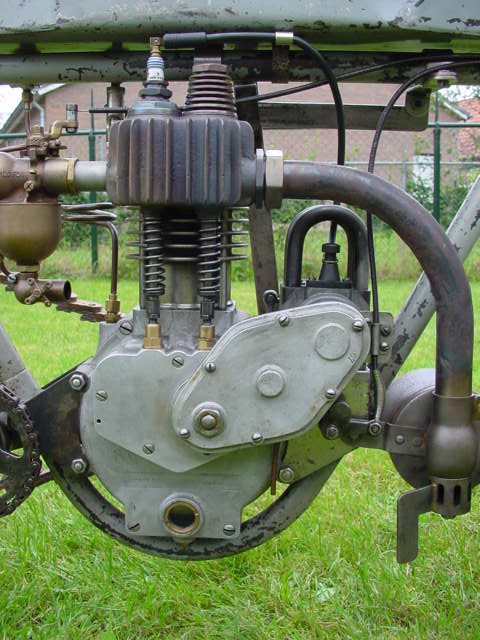 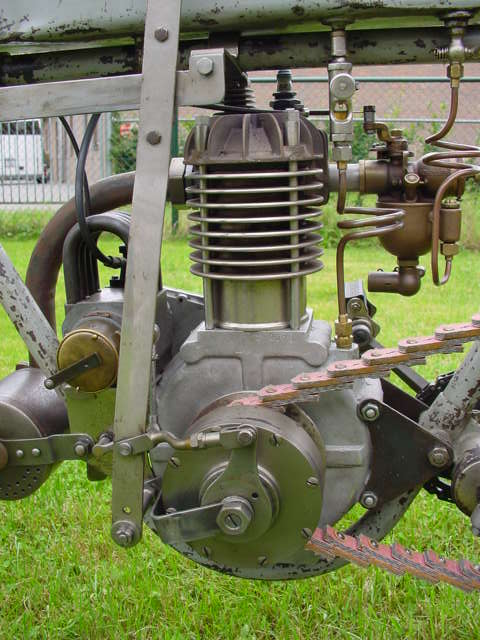 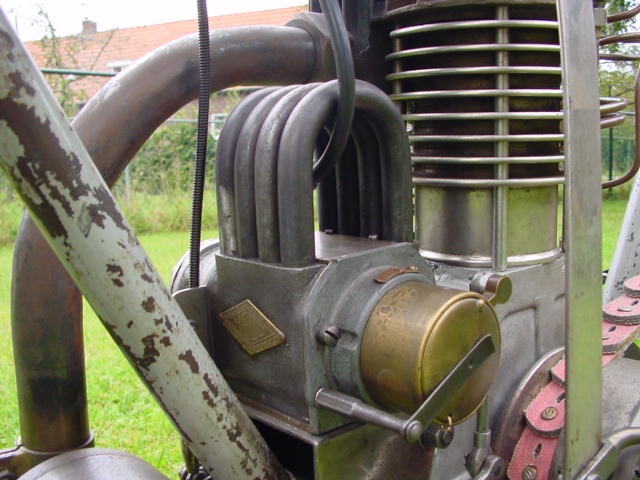 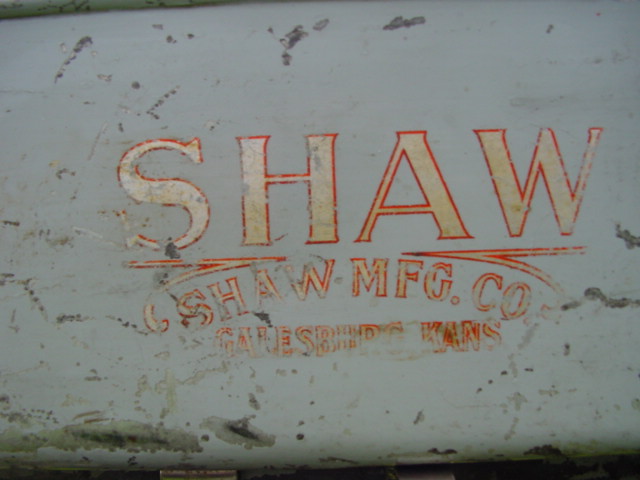 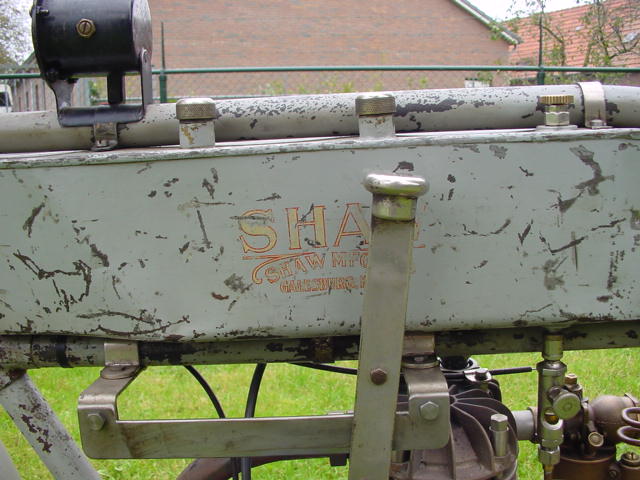 How about a ninety year motorcycle that is virtually brand new and has only ten miles on the clock? Manufacturer of this rarity was Stanley W. Shaw (1881-1982) from Galesburg, USA.
Shaw was a successful manufacturer of light auxiliary engines in the early days of the 20th century. In 1911 he took over the Kokomo motorcycle factory from Kokomo, Indiana.
This company had produced a 300cc side valve machine which was not very successful because it was considered to be underpowered. Shaw transferred the production to  Galesburg and enlarged the engine capacity to ca. 400 cc to overcome the said lack of power.
Between 1912 and 1920 about 240 of these Kokomo/Shaw motorcycles were sold.
After 1920 Shaw concentrated on the production of  tractor appliances and in 1962 his business was sold to the John Deere company.
Shaw had kept the remaining stock of Shaw parts and in the seventies this stock was bought by a local collector  from where the parts moved on to finally end up in Holland.
A very skilled Dutch enthusiast built  from this stock of parts  a complete motorcycle: albeit with some difficulties because not all engine parts were available.
One of the biggest problems to be overcome was the manufacture from scratch of the missing camshafts; not an easy job when you have no information about the precise shape of the cams.
Eventually all problems were solved and the machine is running well now.
The  paintwork is original; as far as is known this is the only complete Kokomo/Shaw to have survived.