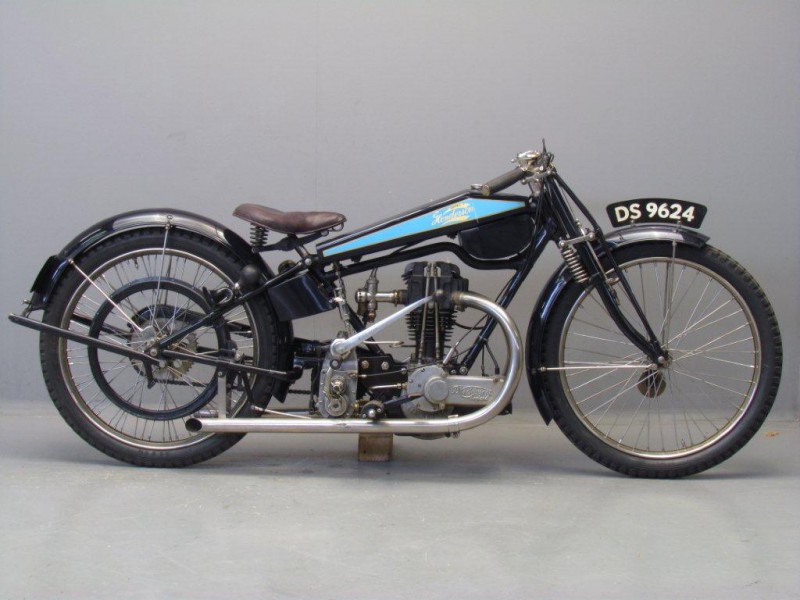 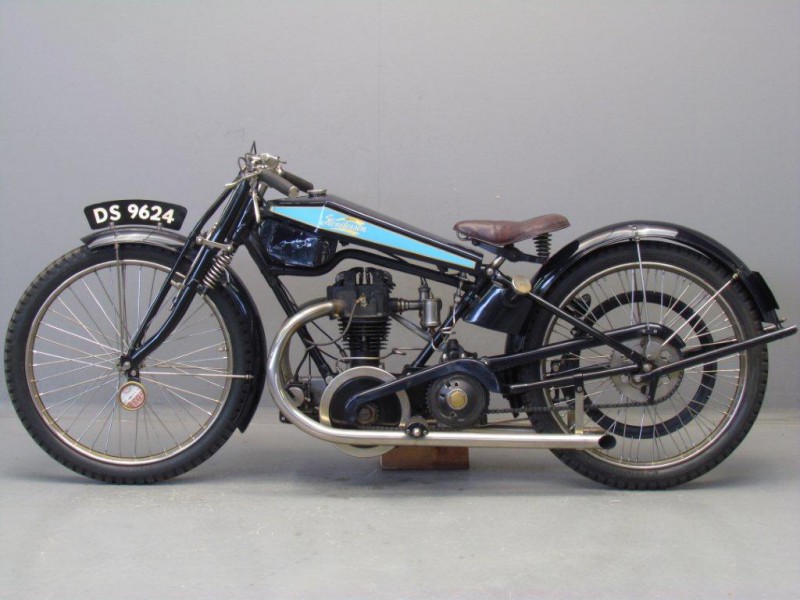 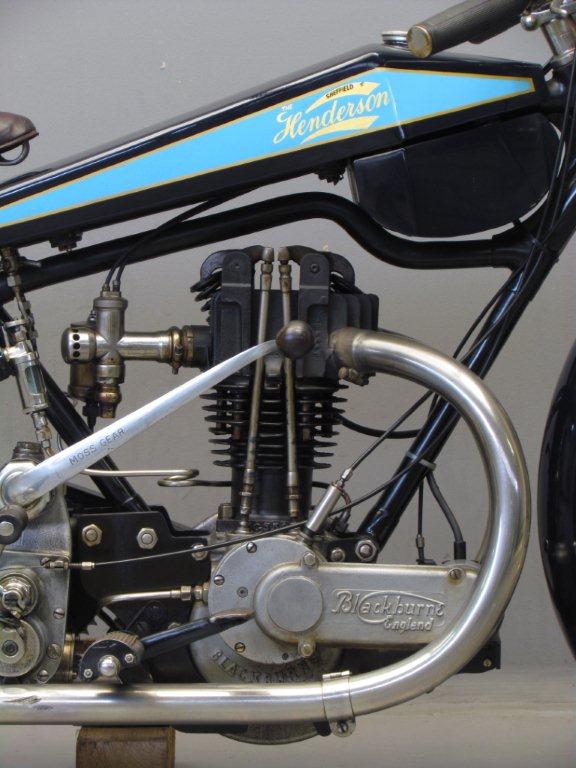 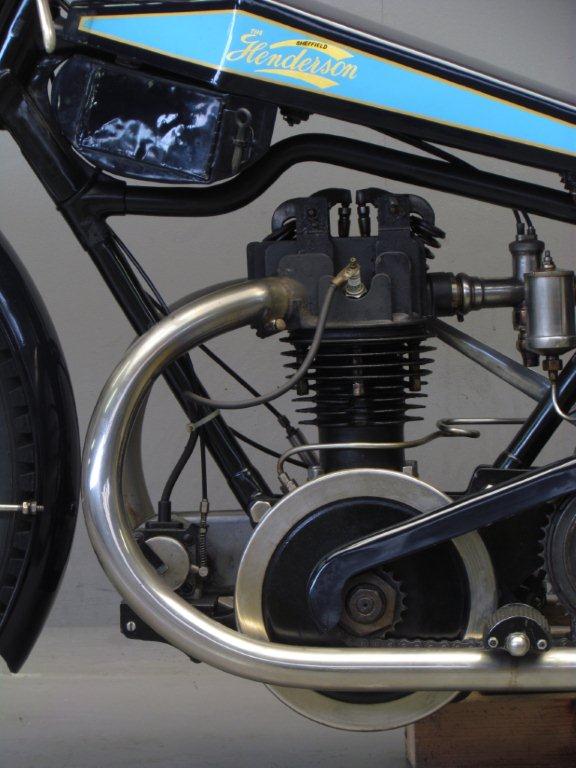 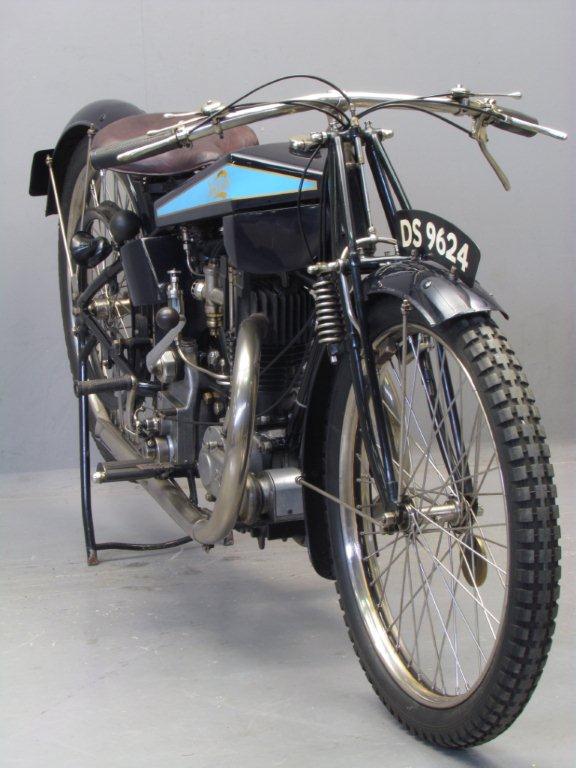 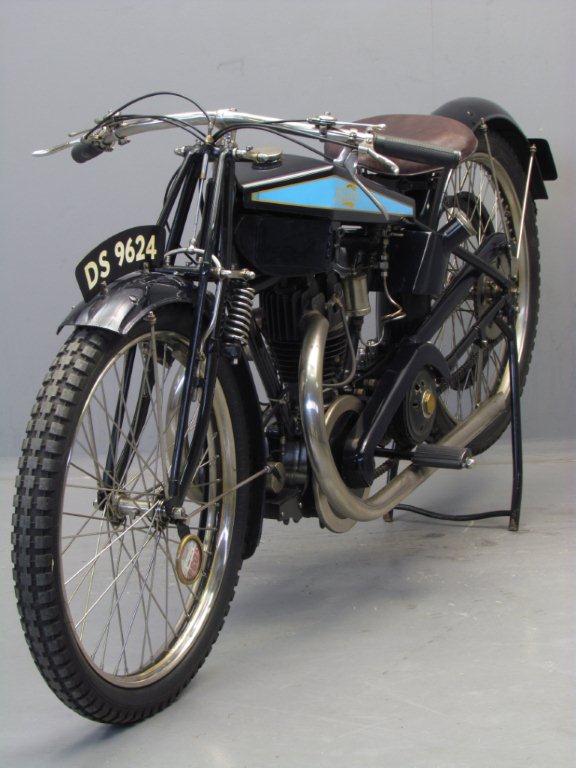 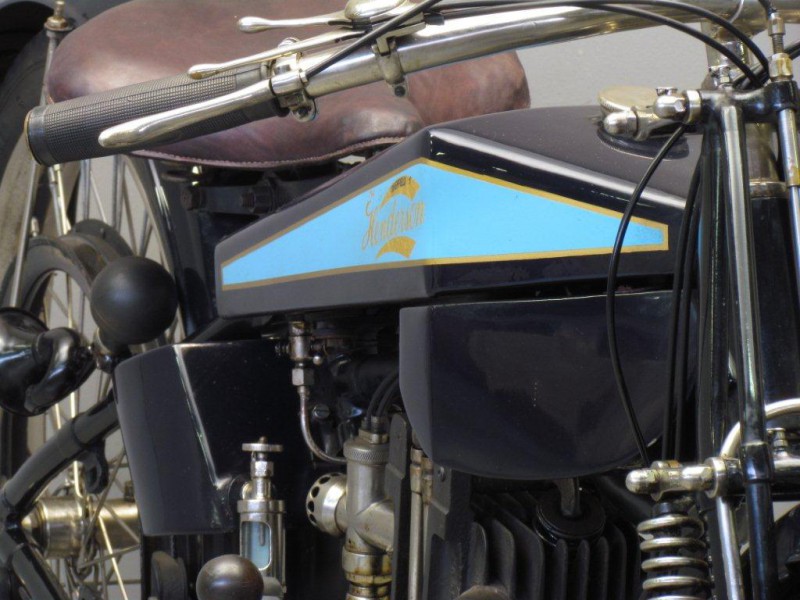 Already before  1914 Henderson sidecars were made by the “Aero” works of Fitzwilliam Street, Sheffield.
In November 1919 the company announced the “Sheffield Henderson Motorcycle”, designed by Leonard B. Henderson.
In a relatively short time the make gained a fantastic reputation in speed events; in June 1922 the factory even claimed several world records in the 250 cc class.
Sheffield Hendersons could be had with  a side valve or overhead valve Blackburne engine or  a  Bradshaw  oil-cooled  OHV engine.
“The Motor cycle” wrote in 1922 :” Their curious but not unattractive-looking frame construction is now familiar to most people.”
Indeed, Sheffield Henderson must have been one of the very few makes that placed the toolbox under the top tube behind the steering head, a position that obviated a  rather unusual  tank shape.  However, fame was short-lived: Sheffield Henderson motorcycle production ended in 1923. This rare survivor, equipped with a two port  OHV Blackburne engine and Moss gearbox  has been restored some time ago.