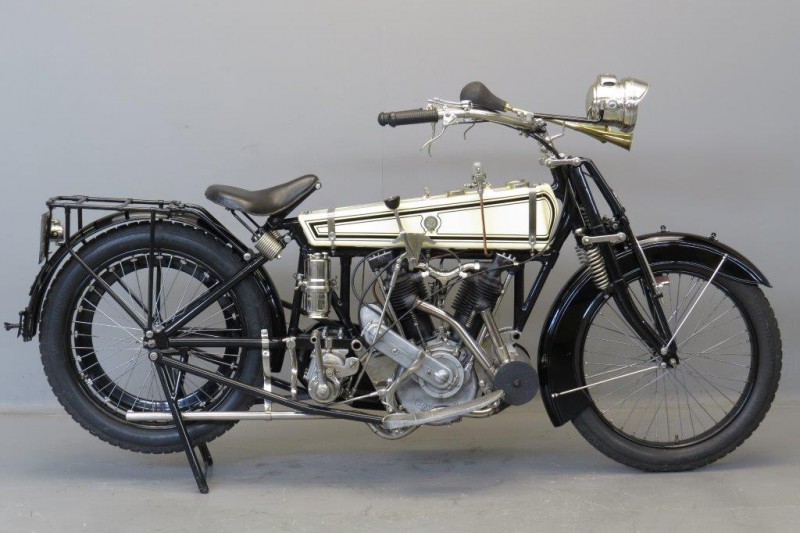 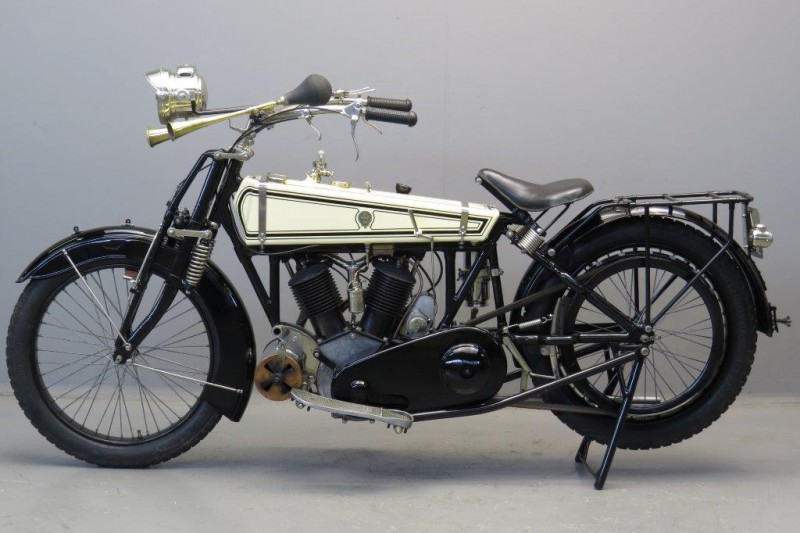 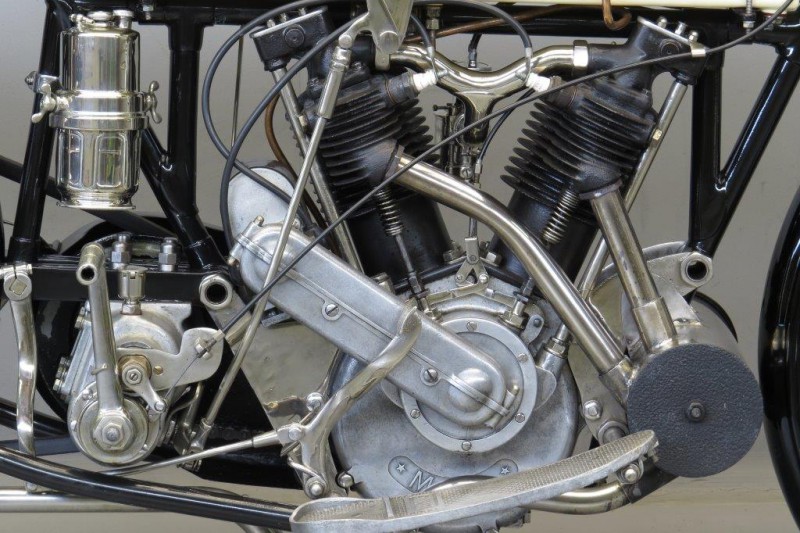 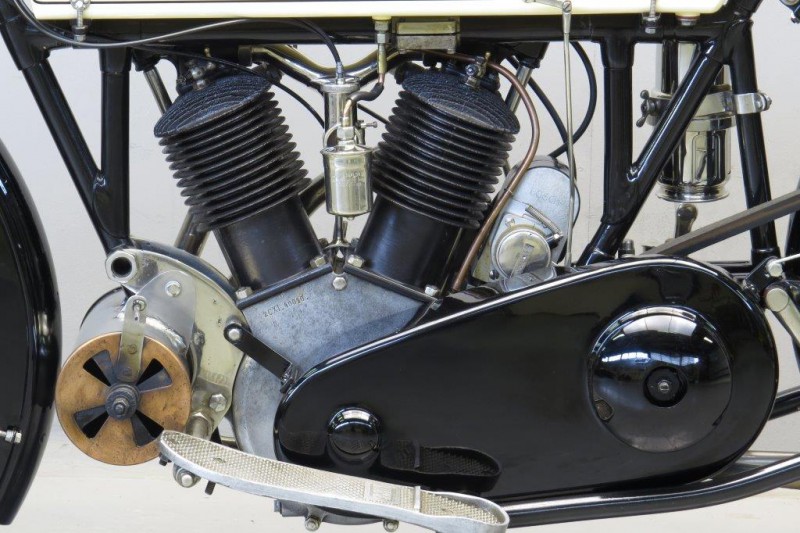 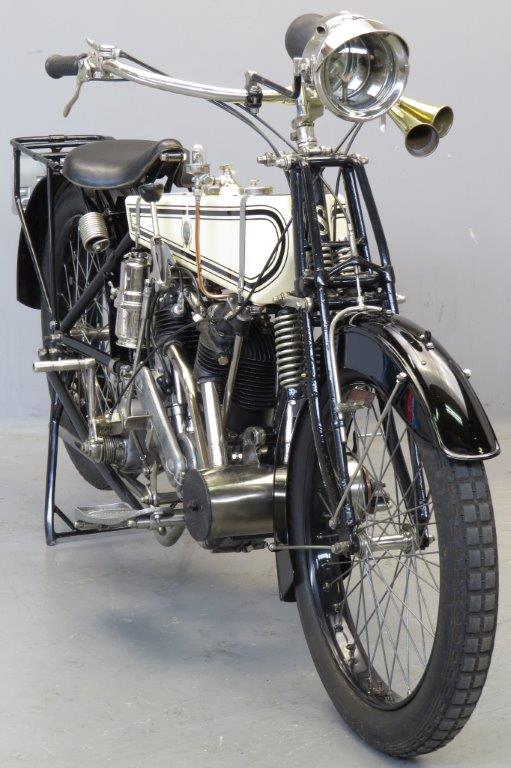 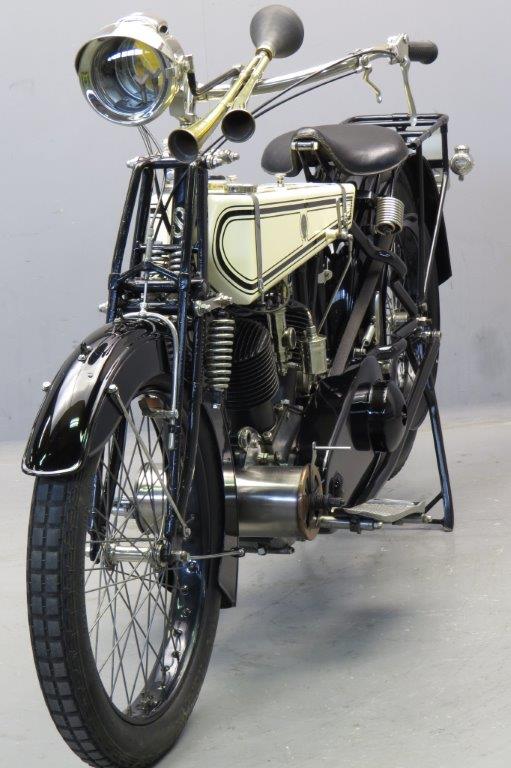 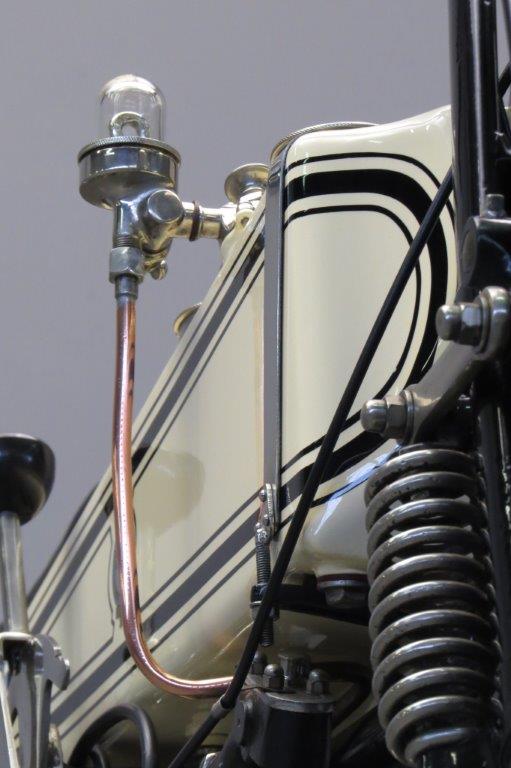 Simplex and Eysink were the two major motorcycle factories in The  Netherlands in times gone by.
Both companies built their reputations on the production of quality bicycles and diverted into motorcycle production in the early 1900s.
The Simplex Automatic  machine Company was founded in 1887 and was in fact a continuation  of the Simplex Weighing Machine Company.  The new company  took up premises in Utrecht and  focused on products for the bicycle trade.
It  soon started to produce complete bicycles.  In 1897 a new factory, equipped with the latest production machines from America,  was opened in Amsterdam.
The  First Simplex motorcycle of 1902 was powered by a Minerva  engine, from 1904 Fafnir engines were built in.
During World War 1 a switch was made to Swiss MAG engines.
These engines were used in the popular “P.V” model range with  its typical tapered tank shape .
The P.V. models were  produced from 1916 till 1928. Production was very limited during the war years though,  most machines seem to have been sold in the early twenties.
The P.V. was available in  4HP (500 cc), 6HP (750 cc)  and 9 HP versions.
Not many P.V.s have survived and this 9HP is a particularly rare bird, word has it that not more than  twelve  have been produced because the model was available on special order only; this is the single  known survivor.
Originally the machine was equipped with a sidecar; it was bought in run down condition in 1960  from its first owner by a well known motorcycle collector.
The sidecar was accidentally picked up by the scrap man and got lost.
This mighty machine is equipped with a Jardine 3 speed gearbox and it has chain cum belt drive to the rear  wheel. Bore  x stroke dimensions of the 45 degree twin  are  82 x 103,5 mm.
Carburettor is Brown & Barlow, magneto is the dependable Bosch instrument.
Lucas generator & headlamp take care of the lighting.
This very rare mighty Simplex  has been restored meticulously.