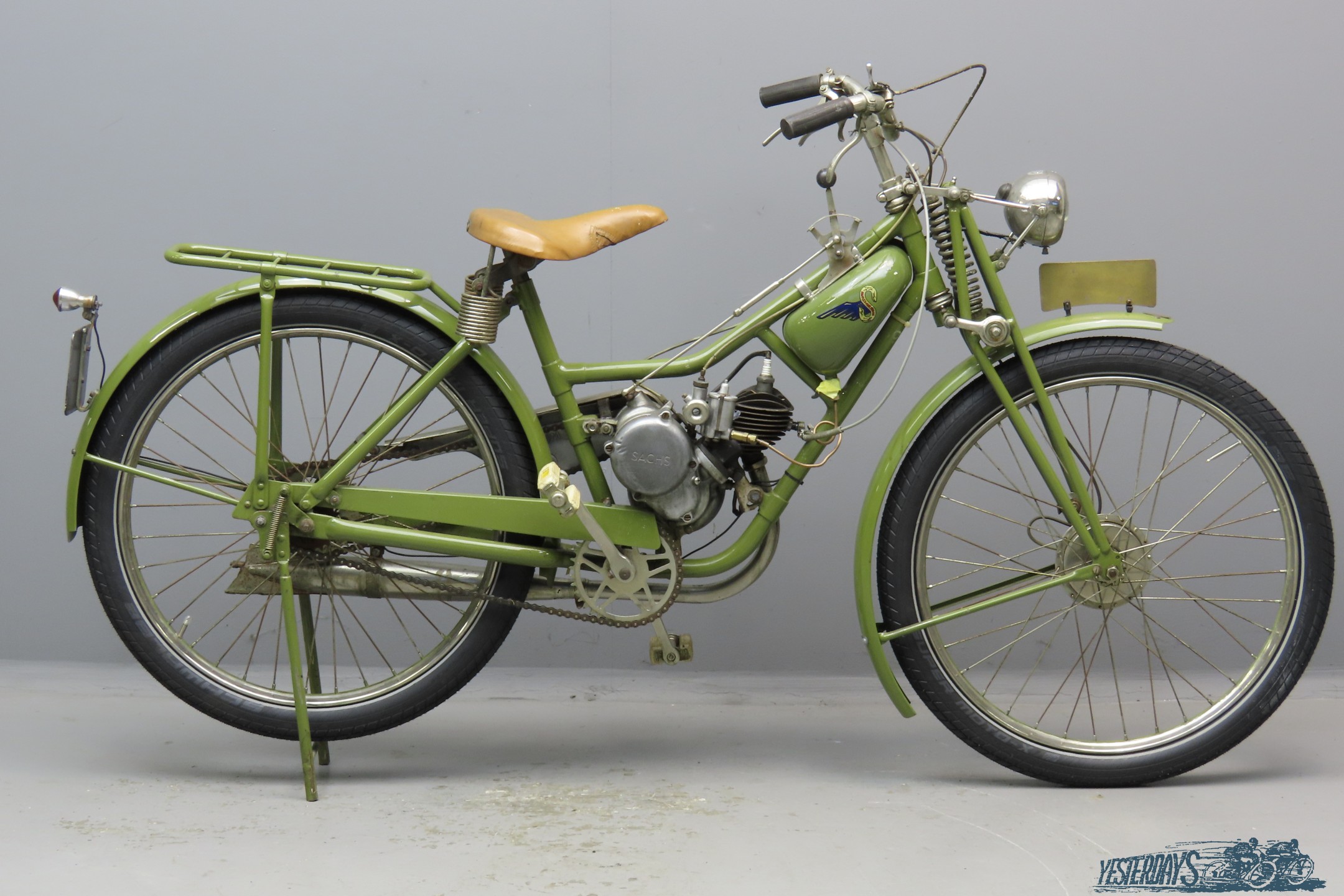 Simplex and Eysink were the two major motorcycle factories in The Netherlands in times gone by.
Both companies built their reputations on the production of quality bicycles and diverted into motorcycle production in the early 1900s.
The Simplex Automatic machine Company was founded in 1887 and was in fact a continuation of the Simplex Weighing Machine Company.
The new company took up premises in Utrecht and focused on products for the bicycle trade.
It soon started to produce complete bicycles. In 1897 a new factory, equipped with the latest production machines from America, was opened in Amsterdam.
The First Simplex motorcycle of 1902 was powered by a Minerva engine, from 1904 Fafnir engines were built in.
During World War 1 a switch was made to Swiss MAG engines and in the twenties also Blackburne engines were employed.
In the thirties Simplex mostly made light two strokes.
The model we present was catalogued from 1932 till 1939 and was meant for ladies and clergymen.
It was presented in the “under sixty kg” class; these machines were eligible for lower taxes.
Early models had front fork suspension by means of vertical leaf springs, from 1935 light Webb-type forks were used.
From model year 1937 the 74cc Sachs engine was replaced by an 98cc model with detachable aluminium cylinder head.
This relatively rare machine has been “freshened up” a bit cosmetically a number of years ago but has since been neglected: the mechanical condition of the engine is unknown.
There a two speeds and a clutch on board and this little Simplex does have its aluminium “Sachs Motor” chainguard, an item that is frequently missing in Sachs powered machines.