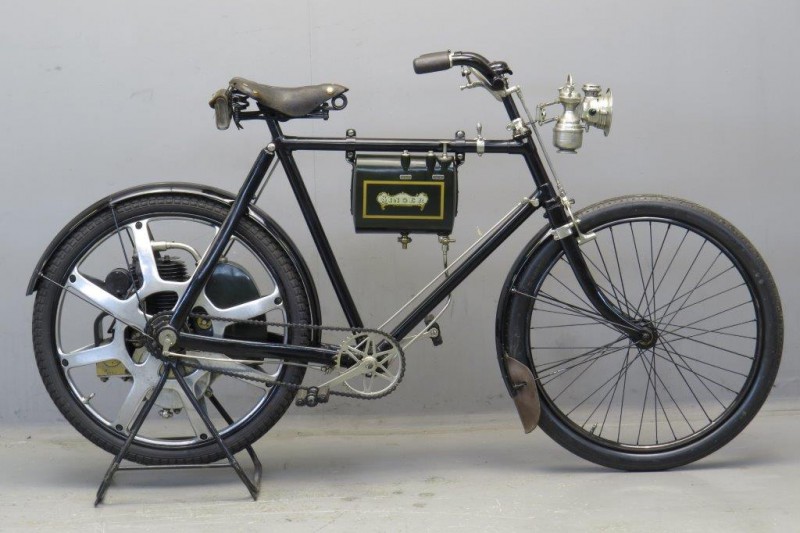 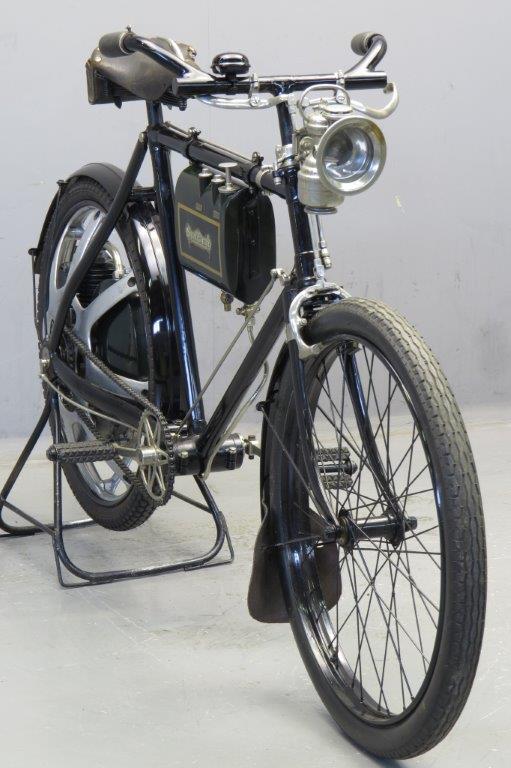 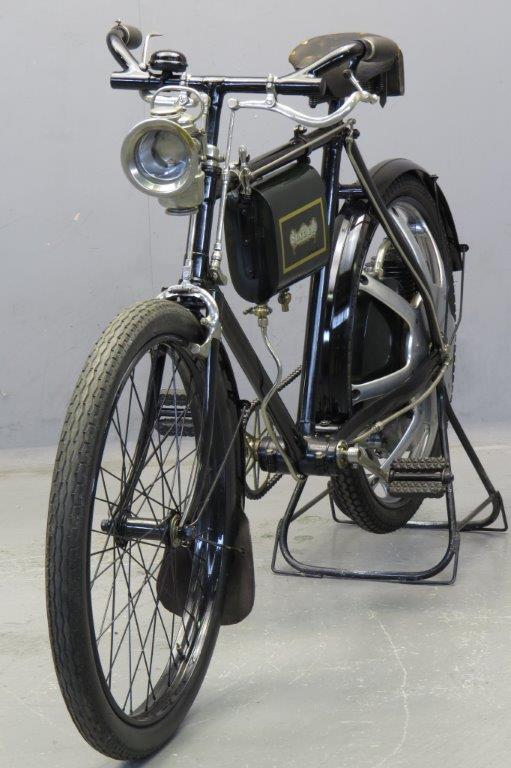 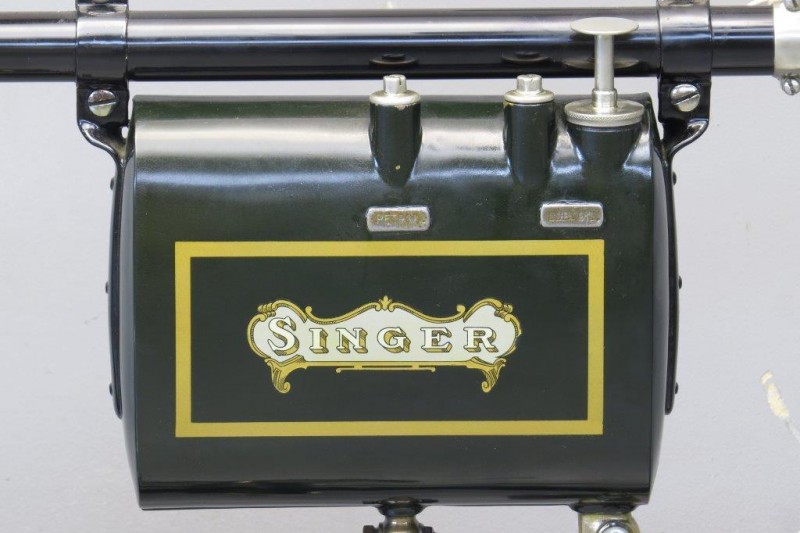 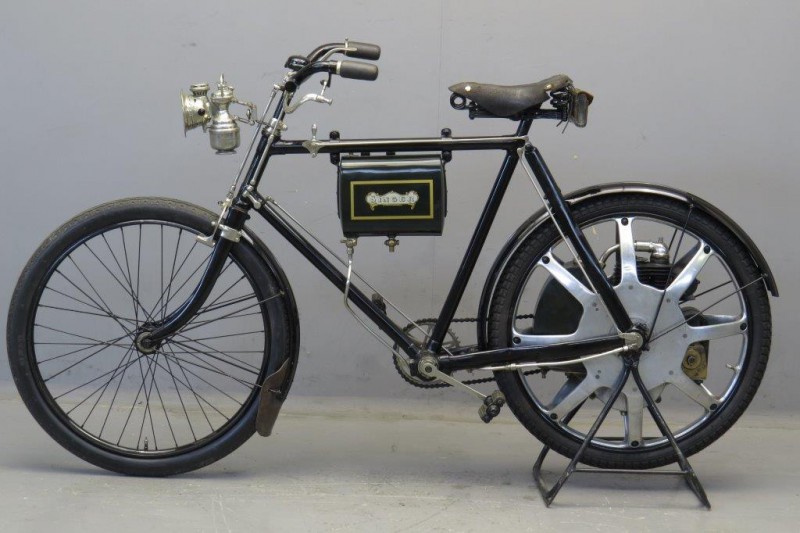 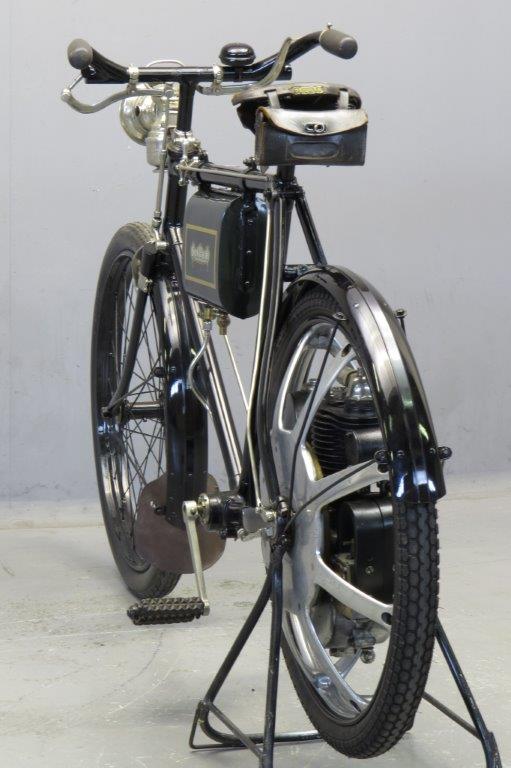 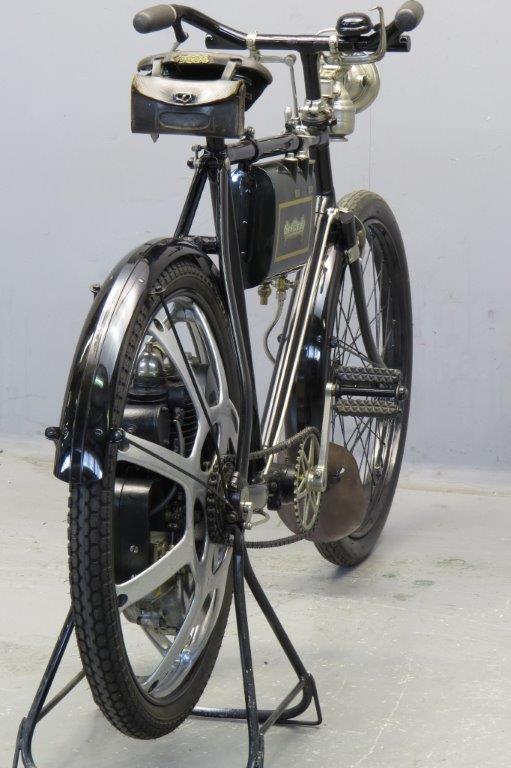 George Singer started as a bicycle manufacturer in 1874 in Coventry.
In 1899 Edwin Perks and Frank Birch unveiled their “Motor-Wheel” design and this was taken up by Singer the following year in the form of a motorized tricycle and bicycle along with the services of Perks & Birch.
The Motor- Wheel consisted of an aluminium alloy wheel containing a single cylinder engine unit and fuel tank and was designed to simply replace the front or rear wheel of a pedal cycle.
It was an unorthodox but successful design of the period although it was reported that on bad roads the ride was uncomfortable, as the relatively heavy wheel banged into every pothole and bounced over every bump.
The engine is equipped with surface carburettor and low tension magneto ignition.
A single lever under the left hand handlebar grip  governs starting, increasing or reducing speed and stopping.
The Motor-Wheel was produced till 1903/1904 and the few survivors are mostly displayed in museums and rarely appear on the market.
This particular machine has had only five owners since 1927 and comes with Pioneer certificate No. 1542.
The machine is fitted with Singer’s supplementary petrol tank and P&H front lamp.