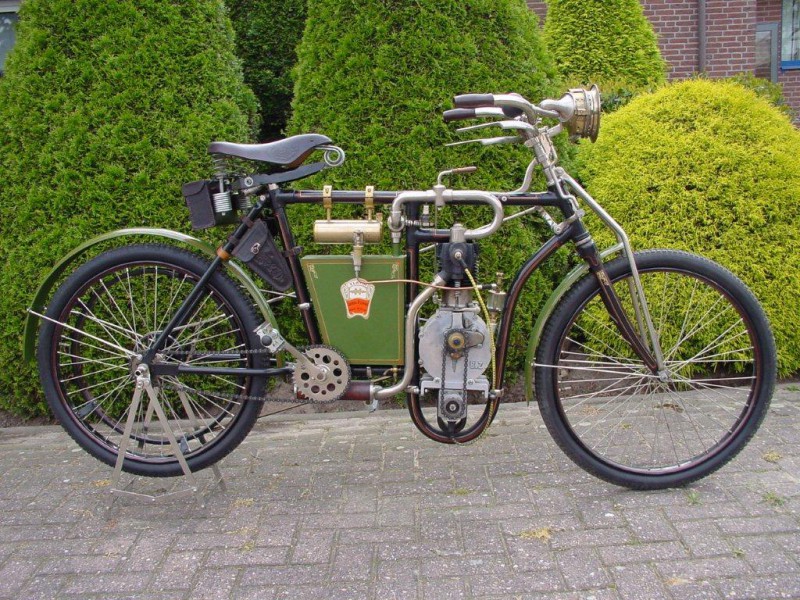 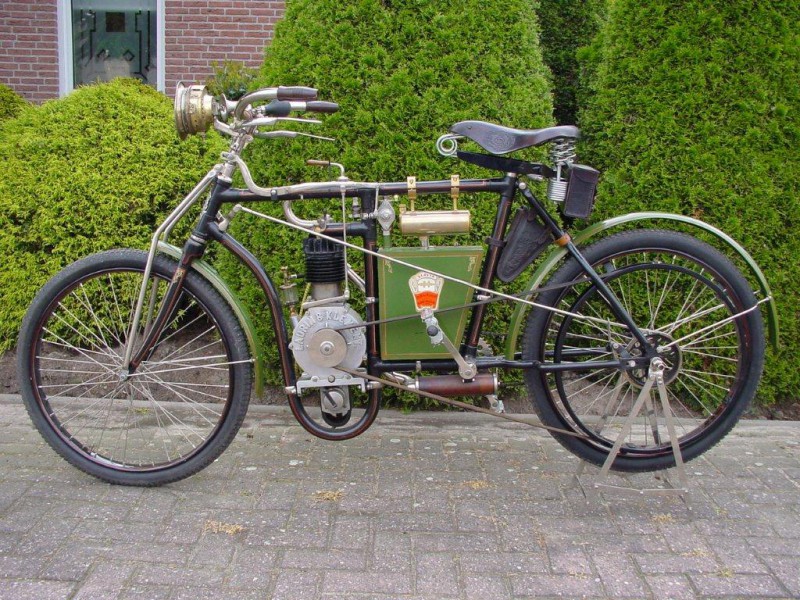 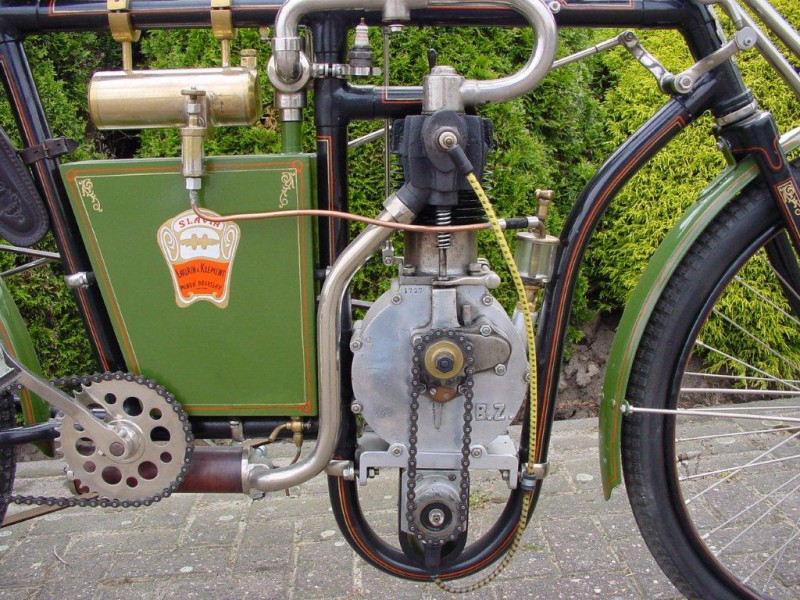 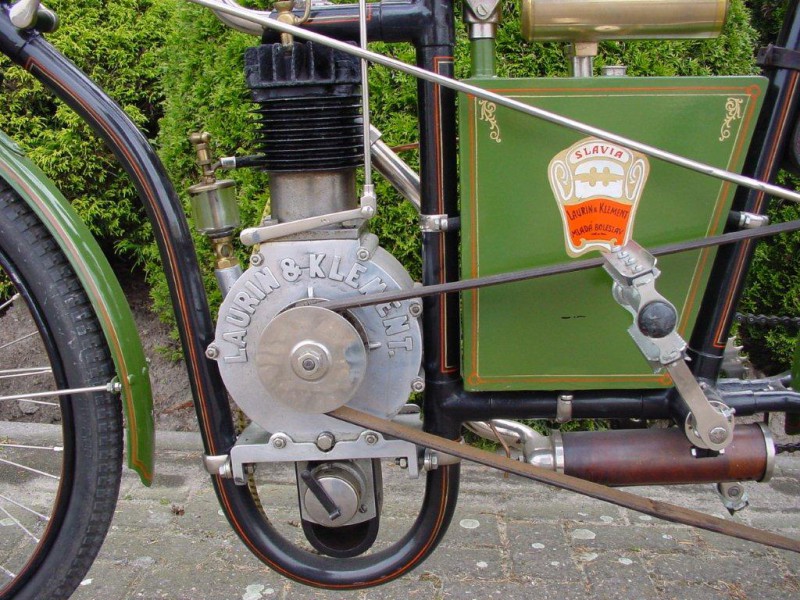 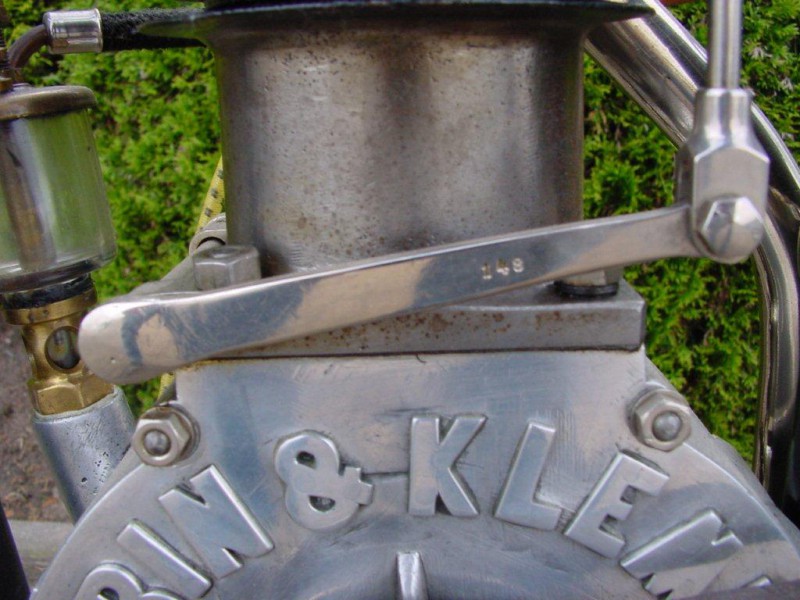 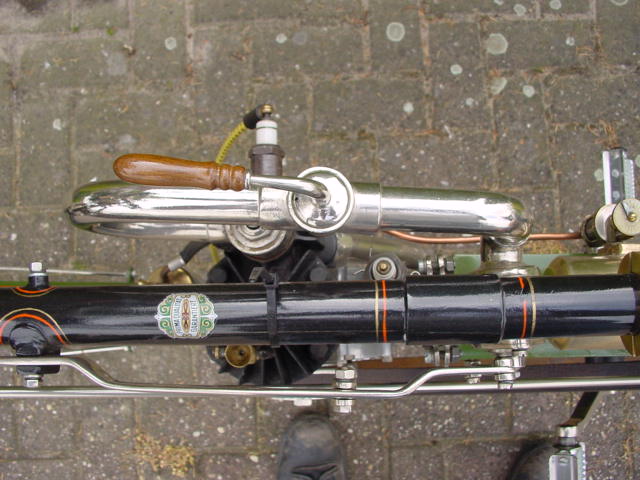 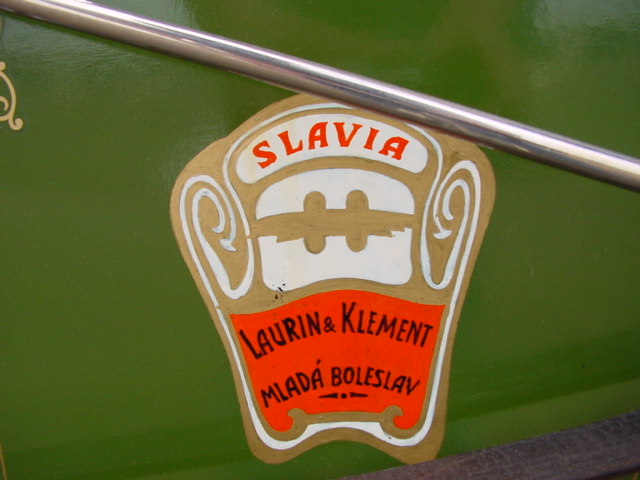 The Slavia was built in the Austro-Hungarian empire by the Czech Laurin & Klement factory.
The name Slavia was also used for L&K machines that were built under licence in Germany.
Production started in 1898; the first models had their engines above the front wheel.
Soon L&K became a leading motorcycle manufacturer, producing singles, twins and even a four cylinder in line machine. Motorcycle production stopped in 1908 when the factory decided to concentrate on car production. In the twenties the company was bought by the Skoda works.
L&K machines had quite a number of unusual features: note the typical frame layout with underslung frame, the position of the magneto and the low placed petrol tank, meant to keep the centre of gravity closer to the road.
Indeed a very unusual early veteran, excellently restored.