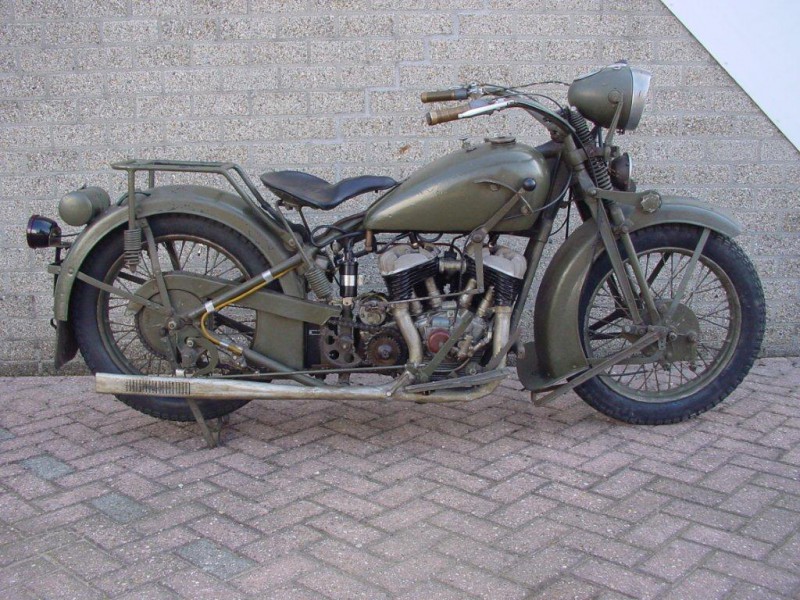 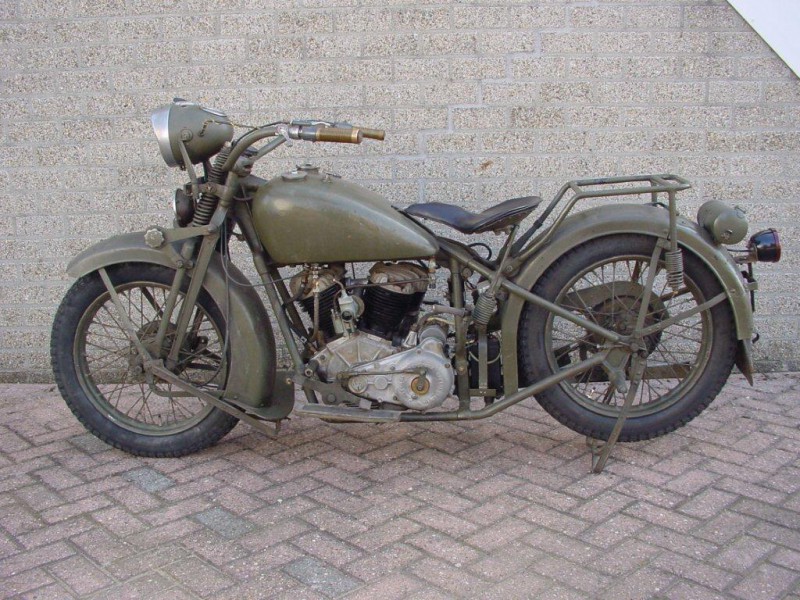 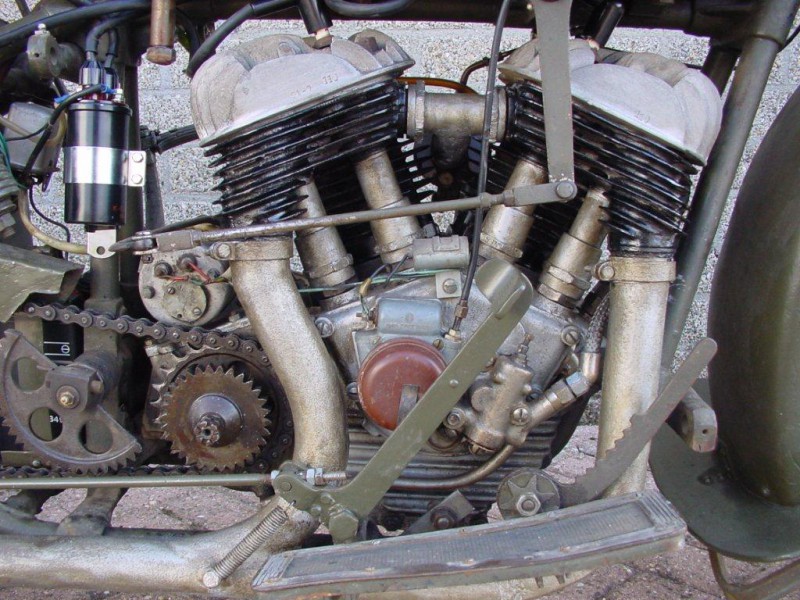 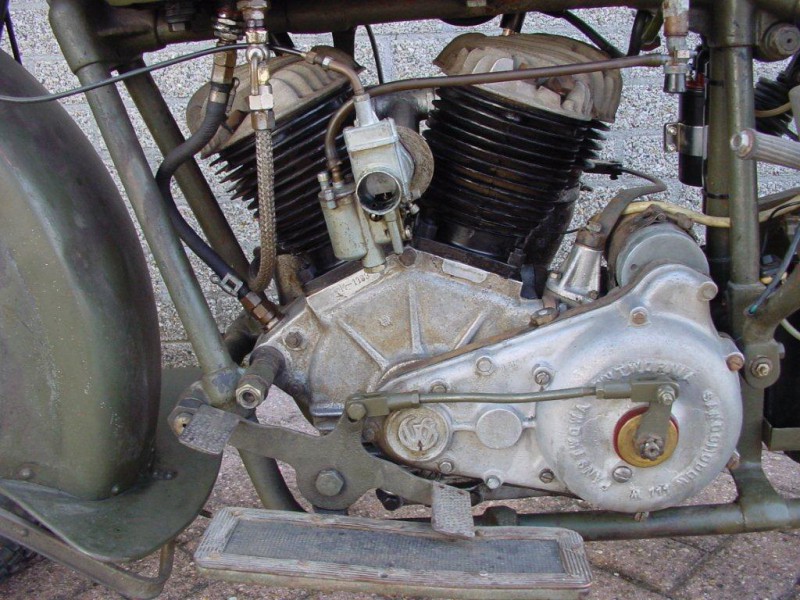 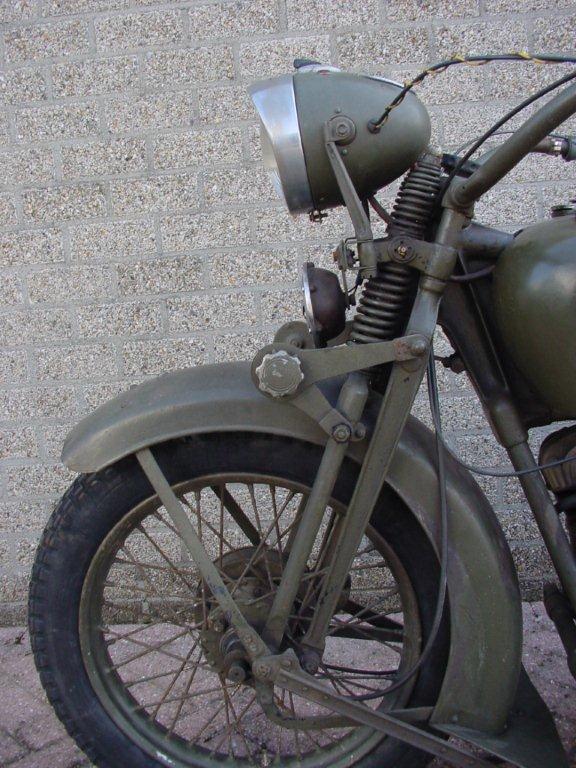 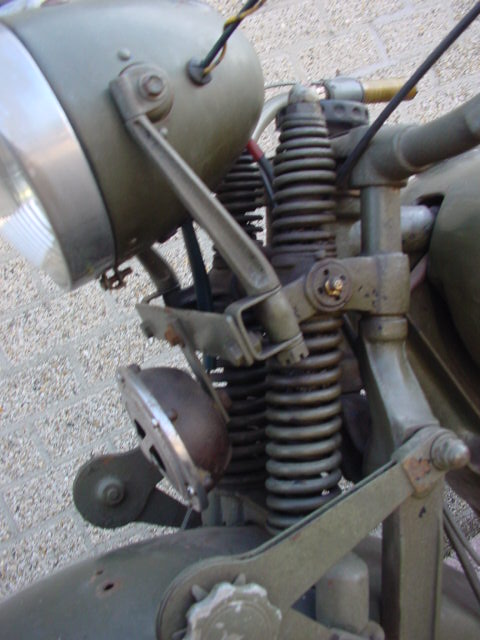 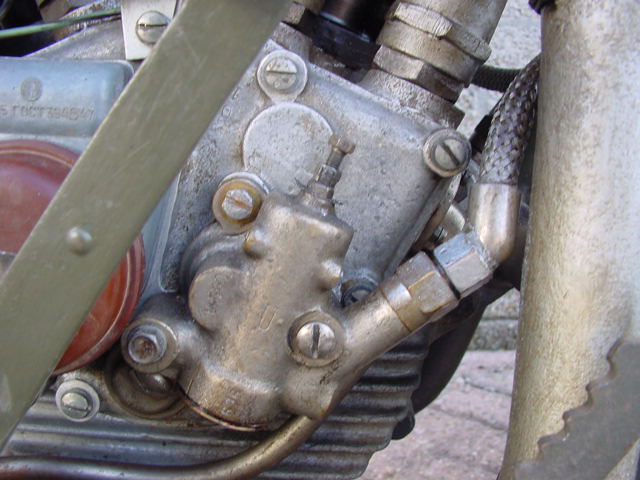 The Sokol ( Polish for “Falcon”)  was produced by the CWS, a Warshaw- based factory that produced vehicles mainly for army use.
The army wanted heavy, reliable, home built  motorcycles – no matter how expensive to build they would be.
The designers probably had a good look at Indian and Harley Davidson machines before they got seated at their drawing boards…
The Sokol engine is a  45 degree V-twin four stroke. It has got side-valves and a capacity of 995,4 cc.
Compression is 5:1, continuous power: 18 HP@ 3000 rev/min, max power 20-22 HP@ 4000 revs.
The primary transmission is by gears, the clutch has 5 steel and 6 copper-asbestos plates and  is foot-operated by a pedal on the left. The 3 speed gearbox is hand-operated.
Top speed is about 100 km/ h, fuel consumption.: 7-7,5 l/100 km  About 3400 machines were built between 1933 and 1939, when the German invasion ended the production of the M111, as the machine was officially called.
This fine example is a good runner; headlight and carburettor are non-original items.