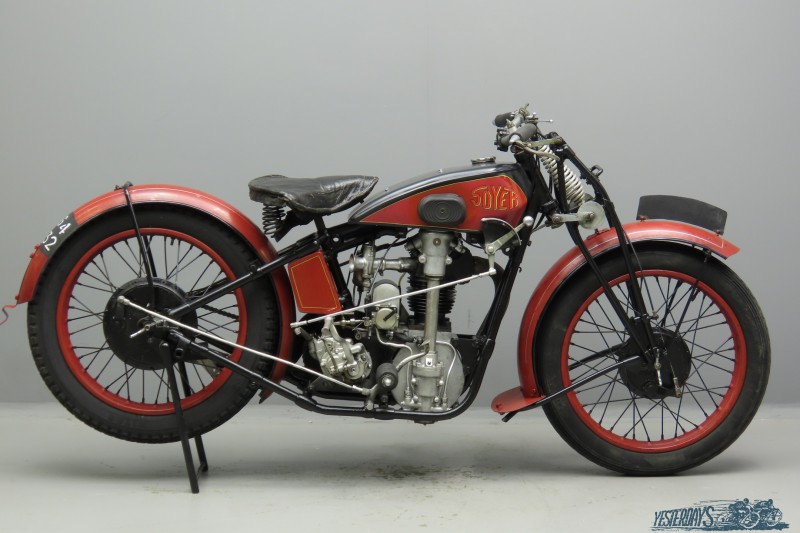 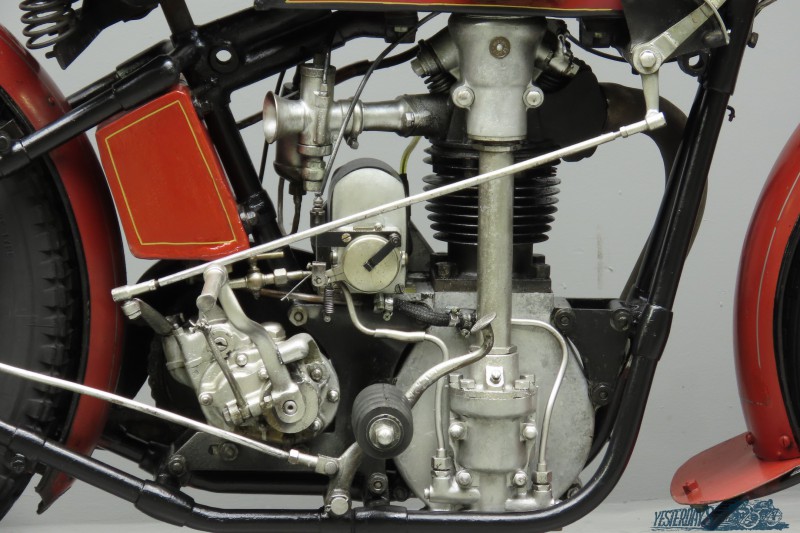 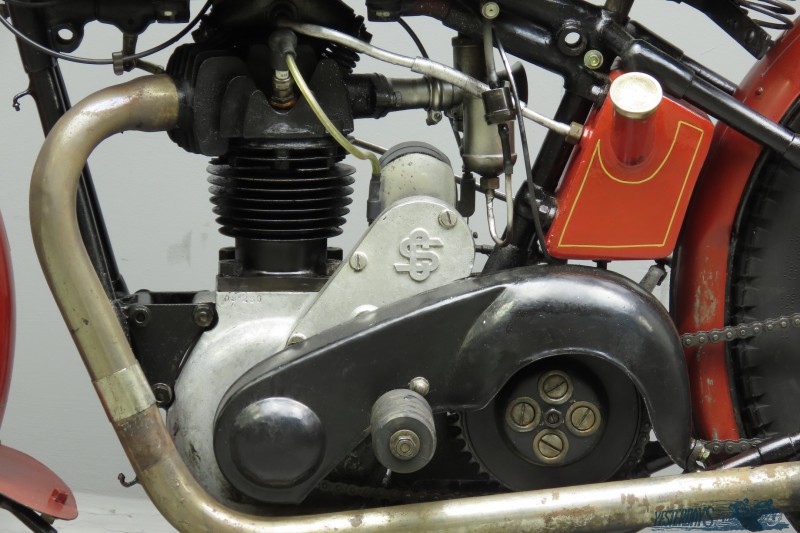 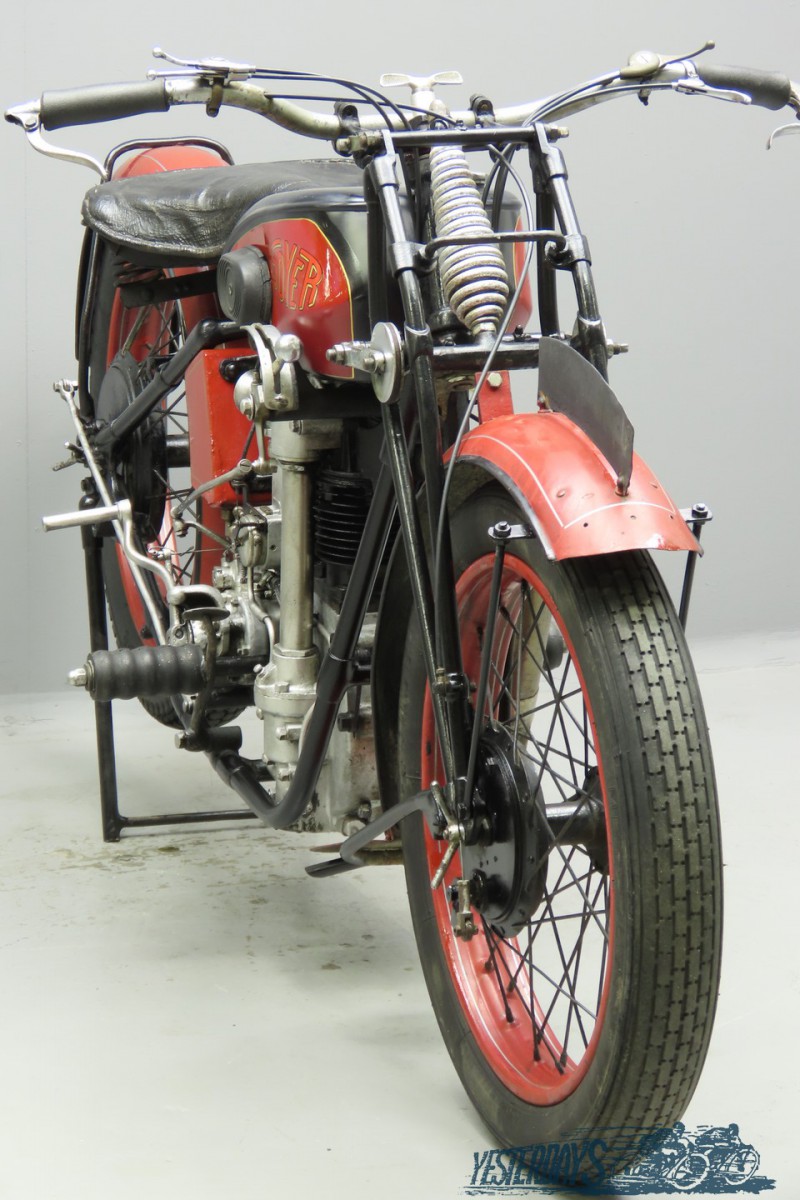 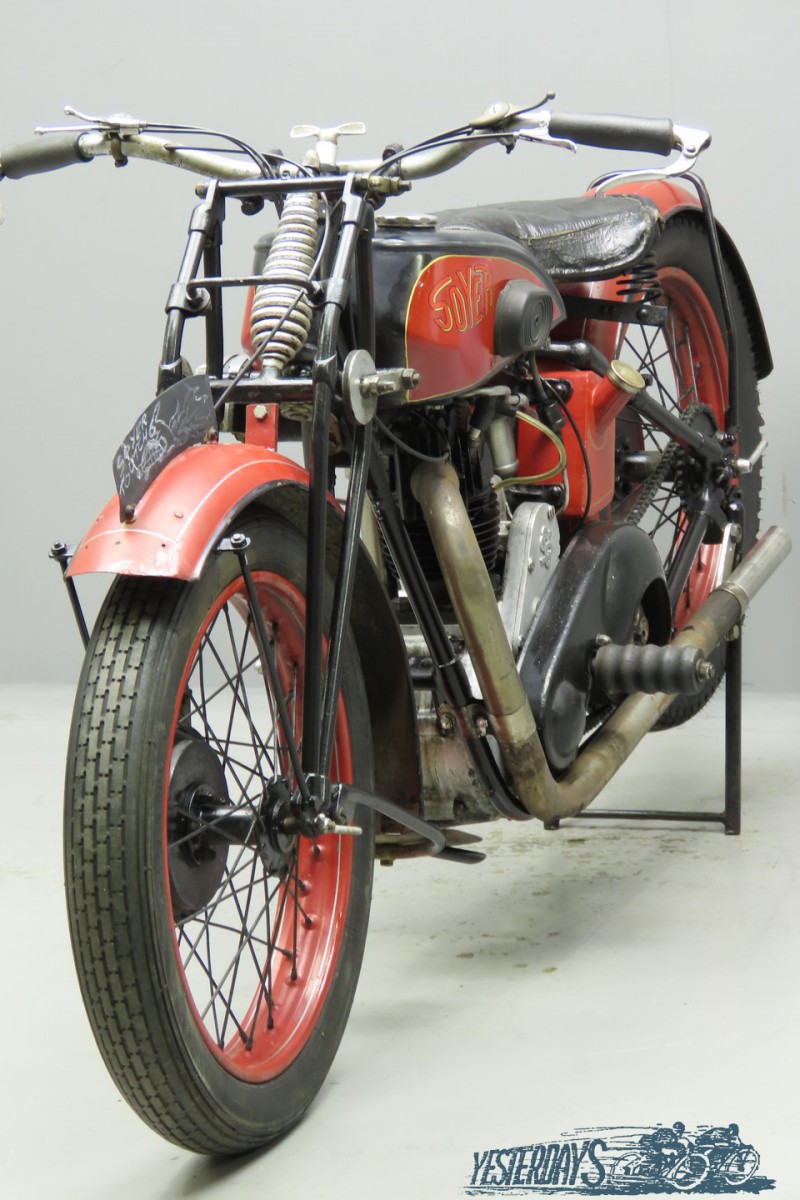 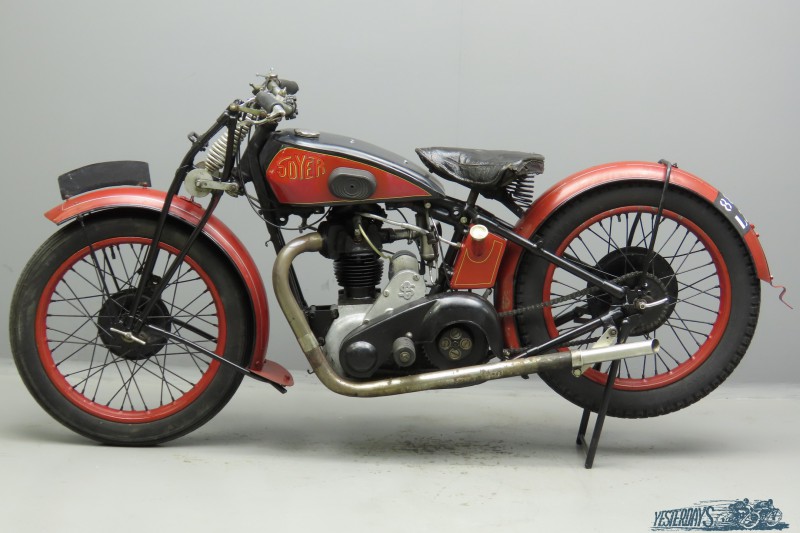 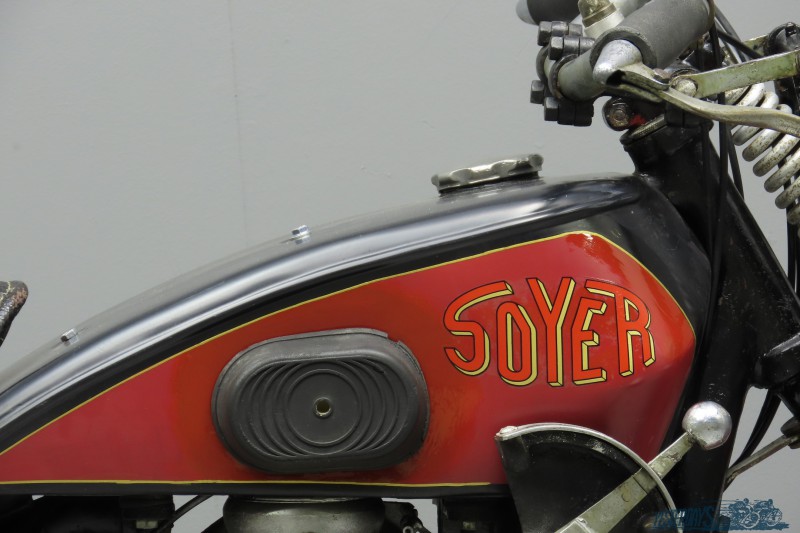 The firm of Soyer & Cie produced motorcycles between 1920 and 1935.
The company was originally established in Colombes, France, but held several addresses in their period of existence.
The engines were of proprietary manufacture, including Aubier-Dunne, Chaise, JAP and Sturmey-Archer, the latter being made by Raleigh.
In 1927 it was decided that the company needed a more dynamic and sporty image.
So at the Paris Salon of October 1927 Soyer introduced a new model designed under Slater patent by Swiss engineer Walter Freudenfelder, who previously had worked with the Farman aircraft company and car maker Sigma.
The new model had a cradle frame which was rather unusual for French machines at the time.
The 348cc type 08 was followed by three more OHC models for the 1929 season; some models had unit construction engines but there was also one with Soyer’s own separate three speed gearbox. The valve gear was unusual in being of the ‘face cam’ type, as used successfully by Chater-Lea.
These ‘cammy’ Soyers enjoyed considerable success in the popular city-to-city races (there were few purpose-built racetracks at that time); a pair of 465cc Type 011s finishing first equal in the Paris-Roubaix-Paris event of 1930.
The machine on offer, a rare model indeed, has been cosmetically touched up a number of years ago and can be left as-is or restored.
The engine appears to be in excellent condition and promises a lot of power.