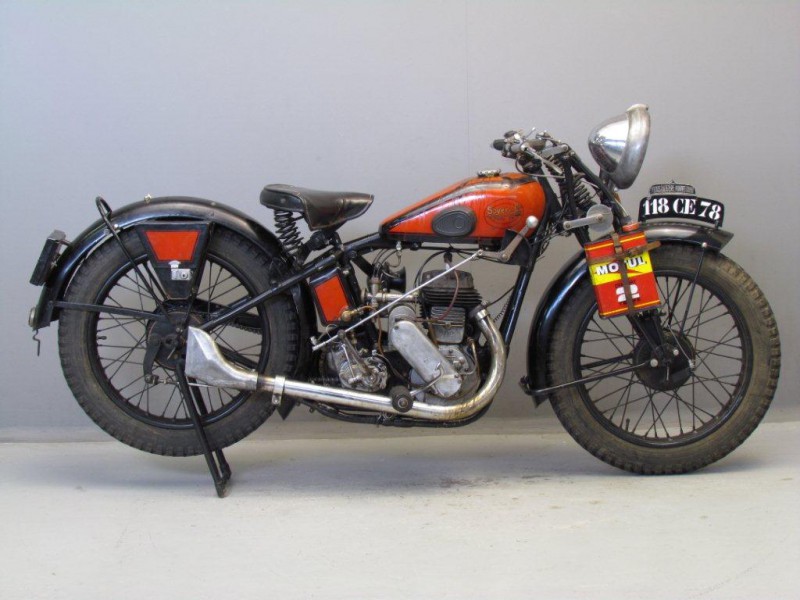 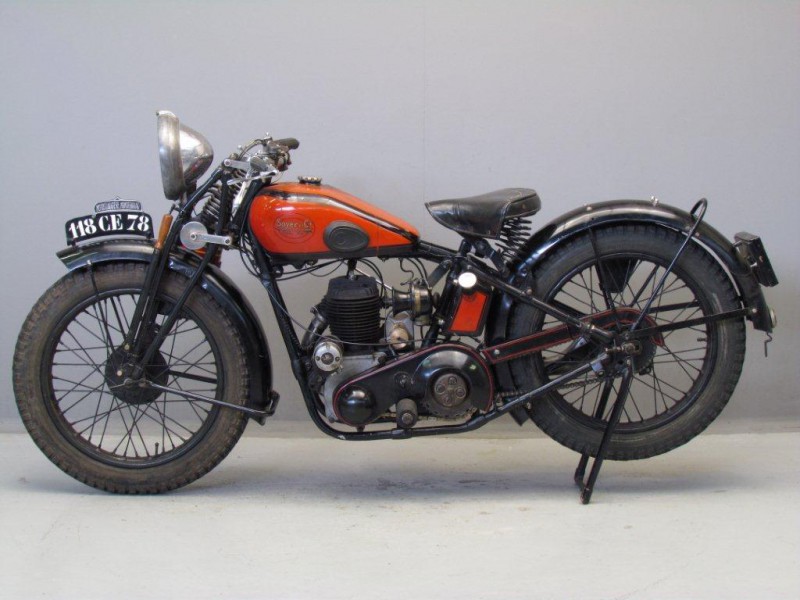 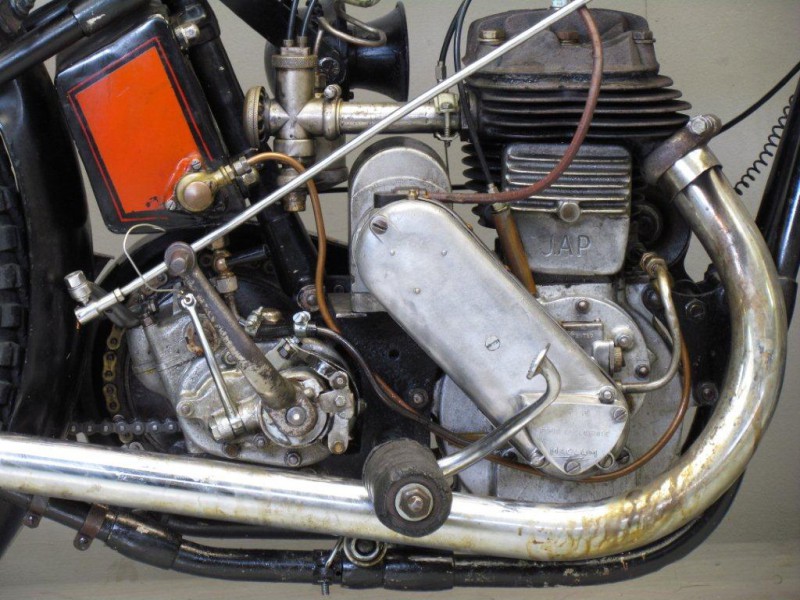 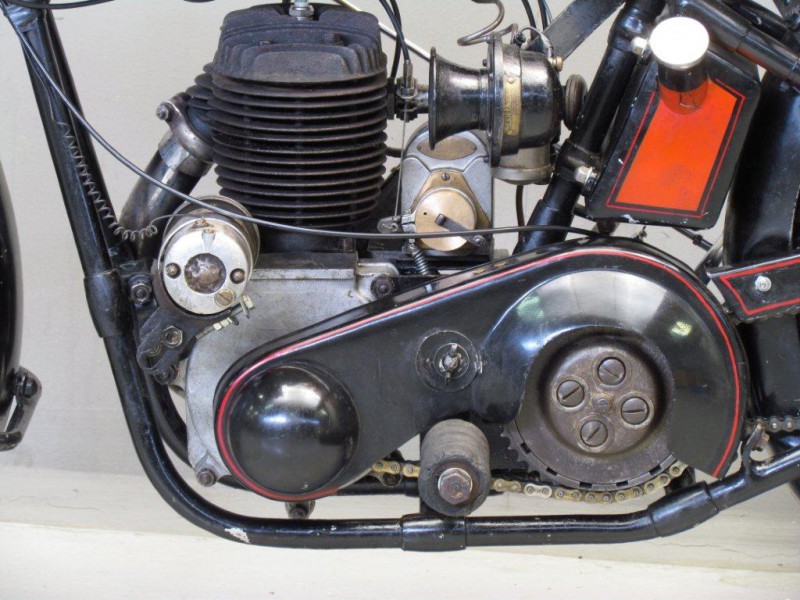 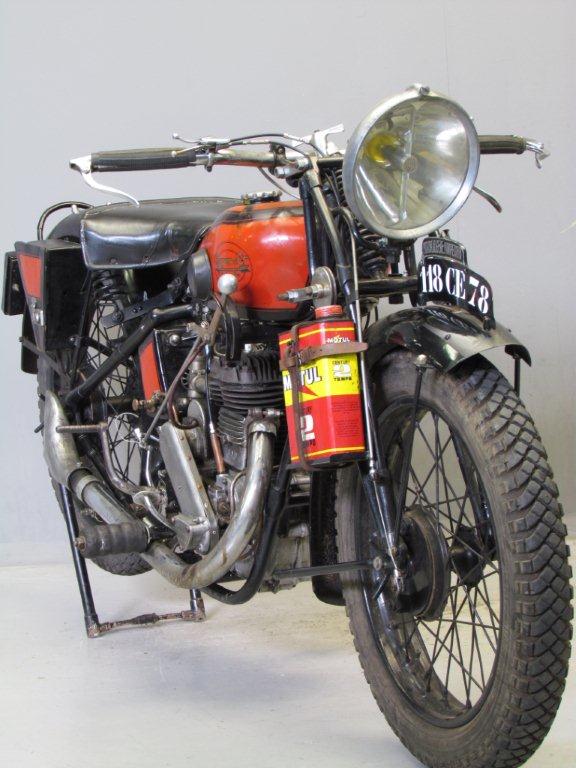 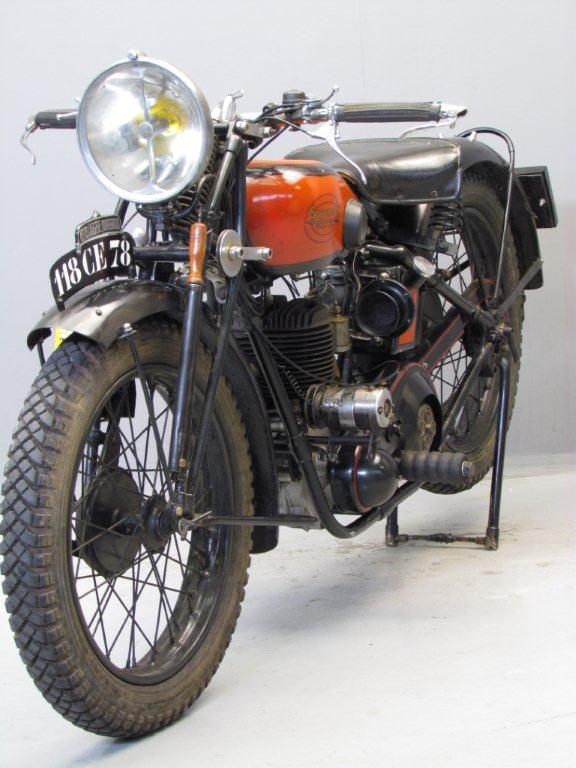 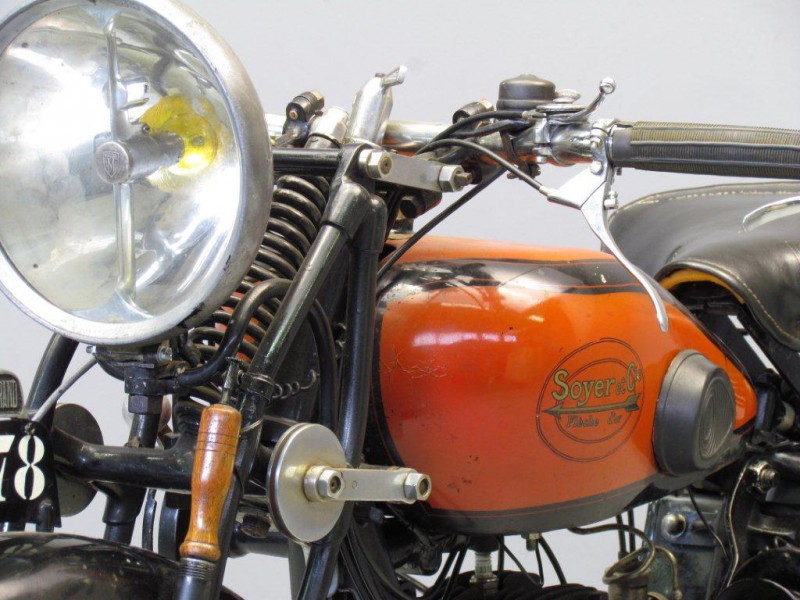 The firm of Soyer & Cie  produced motorcycles between 1920 and 1935.
The company was originally established in Colombes, France  and later on  moved to Levallois.
Soyer was one of the very many French makes that used a variety of proprietary engines for their products, although they also produced their own power sources.
JAP, Sturmey Archer and Chaise were among the engines that were employed.
This particular machine is equipped with  the reliable  side valve JAP power plant.
This well-designed machine is an older restauration.
The petrol tank would benefit from a new paint finish.