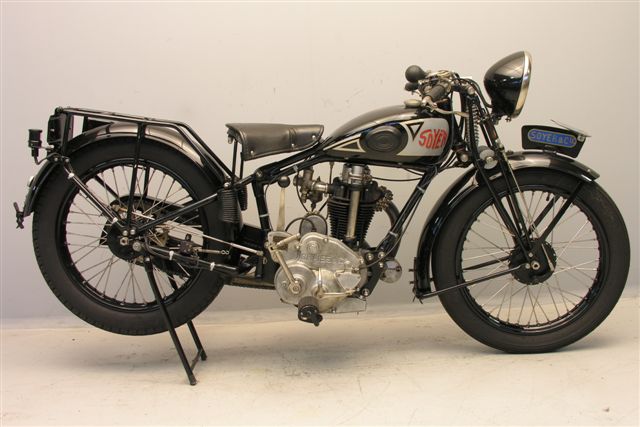 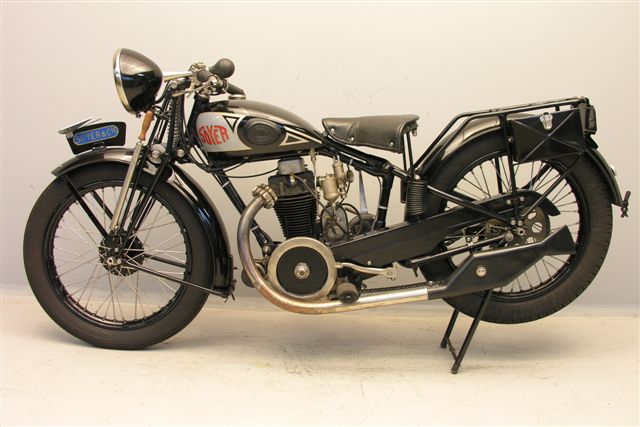 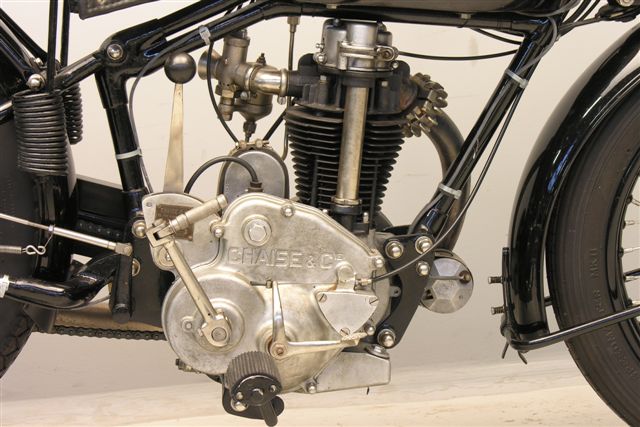 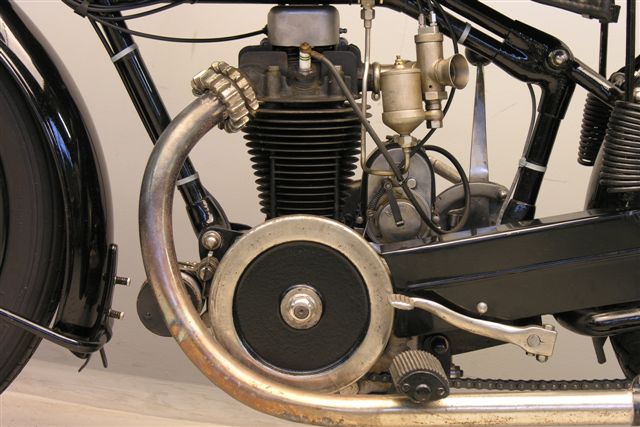 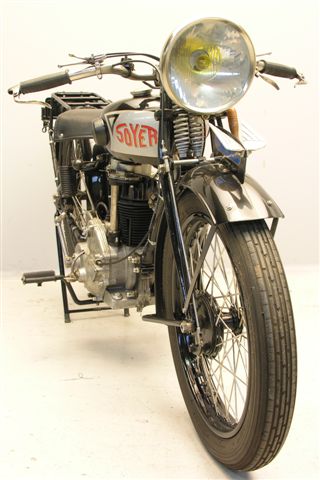 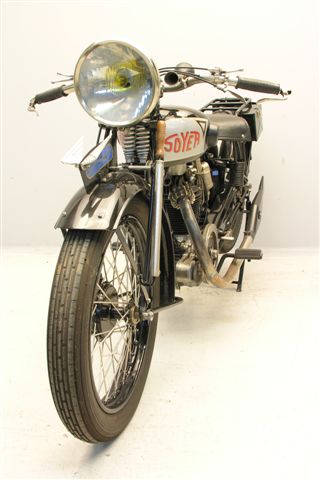 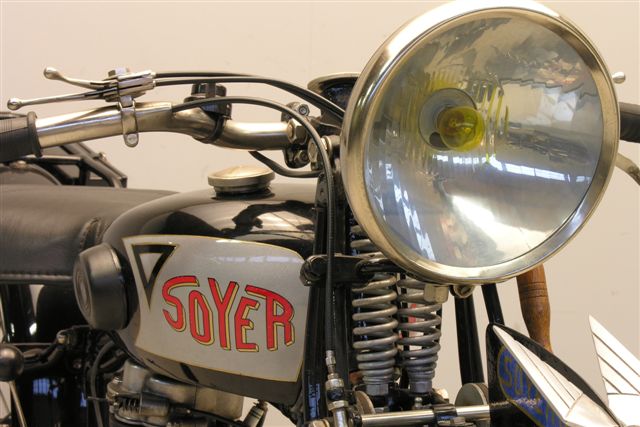 The firm of Soyer & Cie  produced motorcycles between 1920 and 1935.
The company was originally established in Colombes, France  and later on  moved to Levallois.
Soyer was one of the very many French makes that used a variety of proprietary engines for their products, although they also produced their own power sources.
JAP, Sturmey Archer and Chaise were among the engines that were employed.
This particular machine is equipped with the well known handsome  Chaise engine with outside flywheel and  hand/foot controlled clutch. The dynamo and magneto are manufactured by  NOVI and the dynamo is driven off the outside flywheel by means of a friction disc.
This charming vintage France bike has been carefully restored.