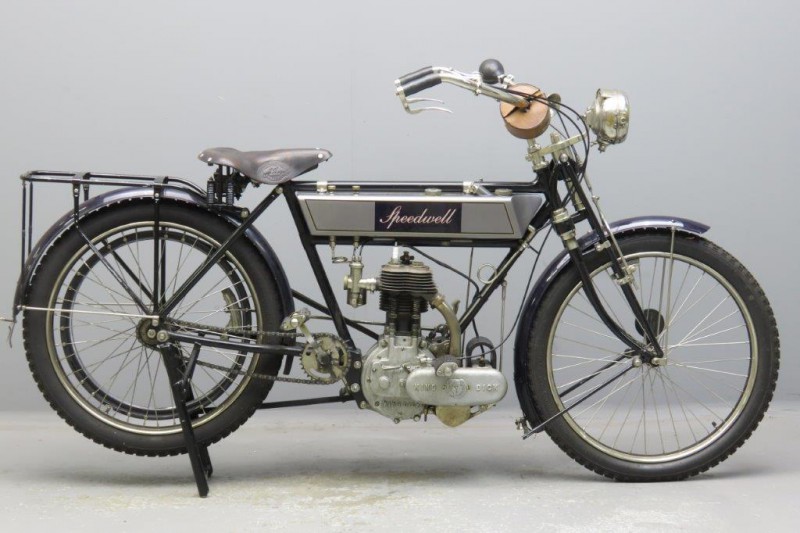 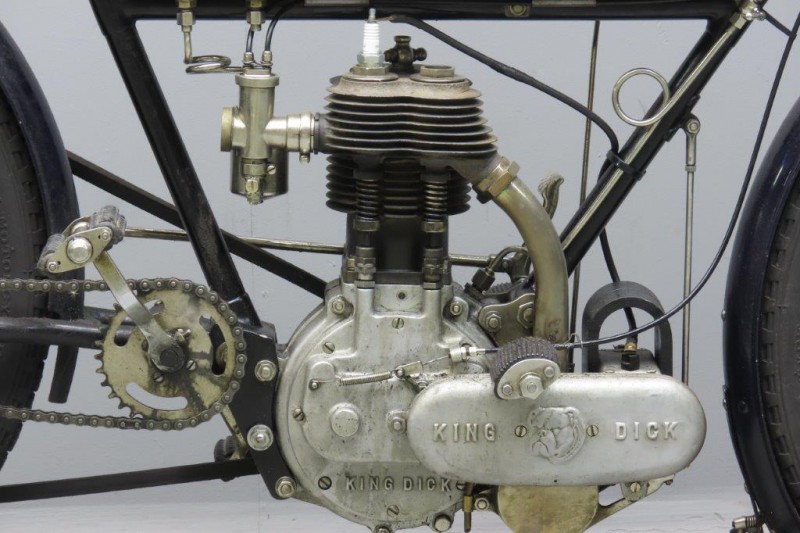 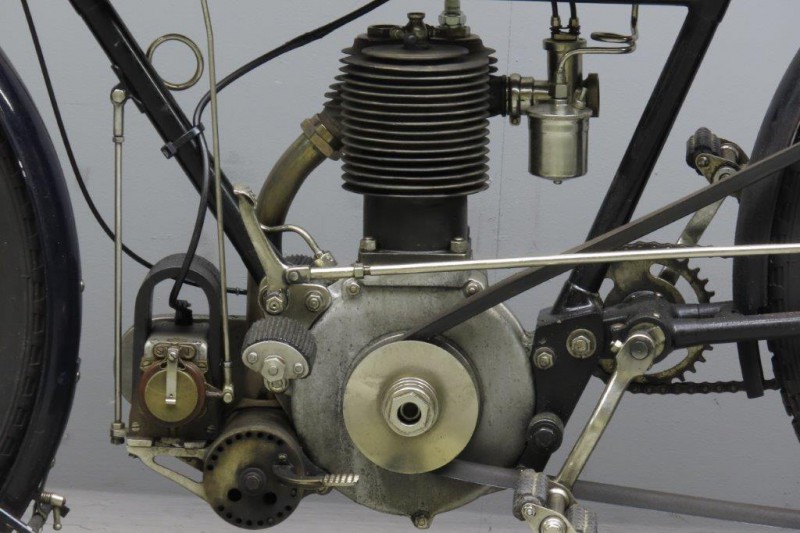 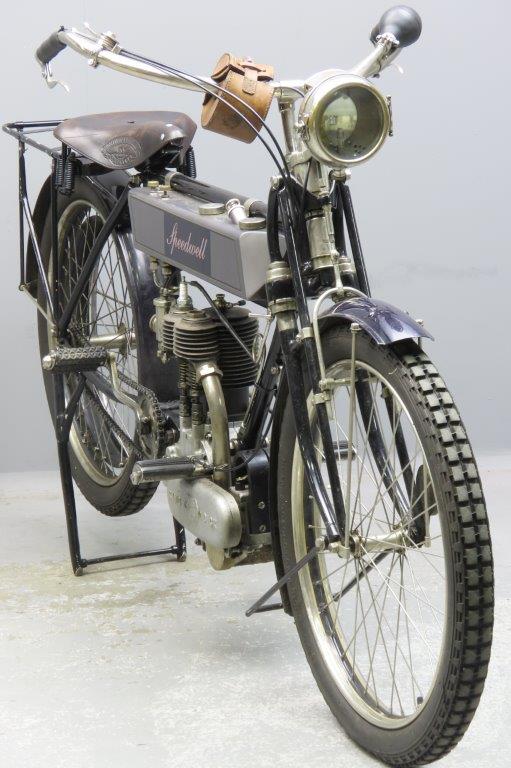 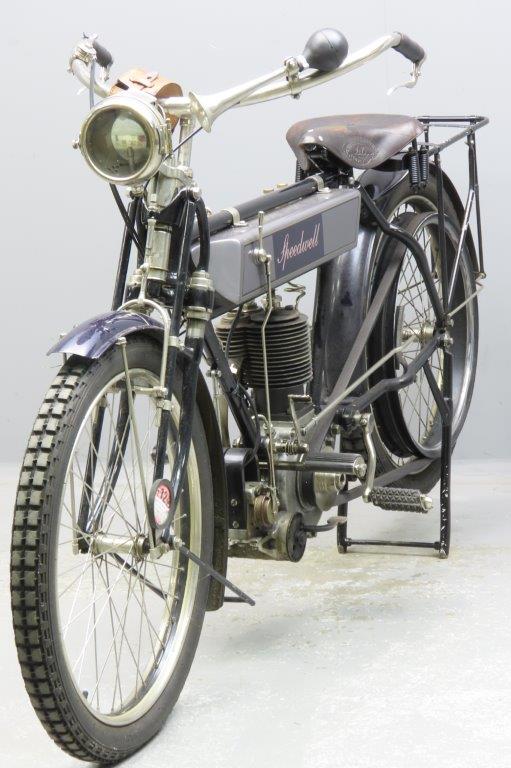 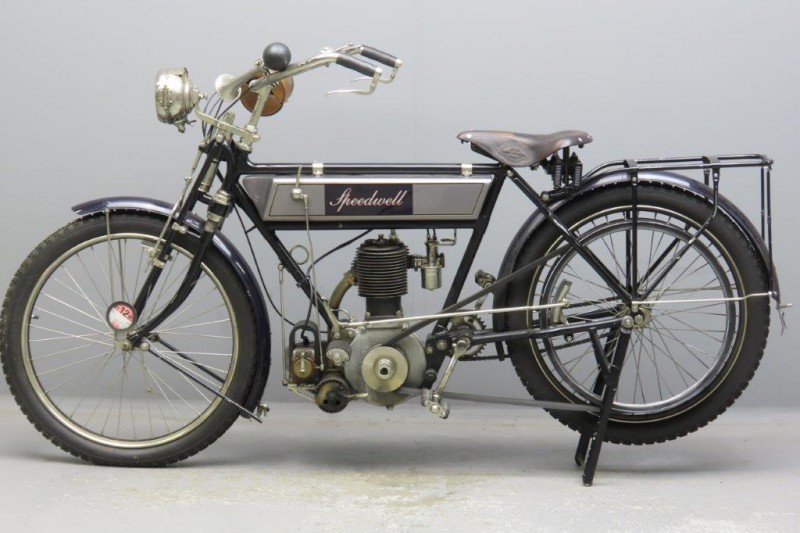 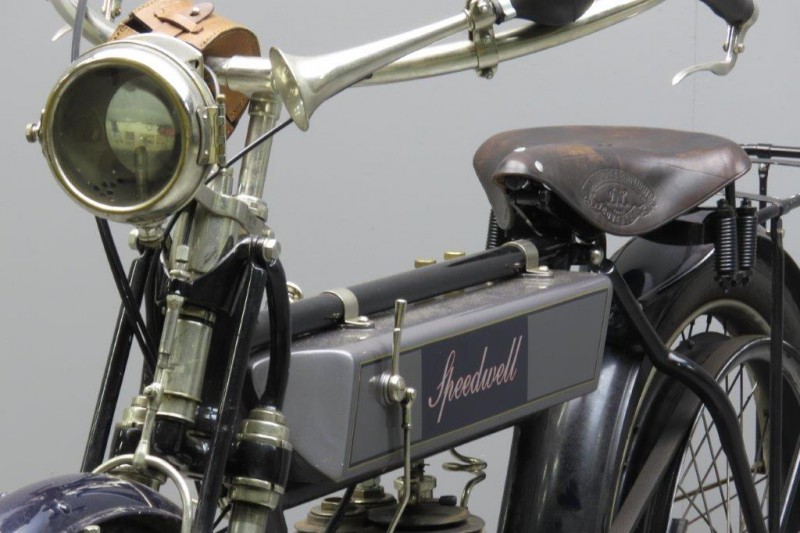 Prior to World War 1 the firm of Bennett & Wood in Sydney, Australia, held New South Wales agencies for the three major European makes FN, Motosacoche and Abingdon King Dick.
All three makes were sold under their “Speedwell” brand name in the NSW area until the war situation stopped supplies of overseas motorcycles.
Founded in 1856, Abingdon King Dick is to this day an established manufacturer of quality engineering tools.
Originally called Abingdon Engineering, the company made a variety of goods, such as gear boxes, chains,tools, cycles and motorcycles.
The latter were produced from 1903 to 1925 under the Abingdon name; from 1925 to 1933 the AKD name was used.
AKD stood for Abingdon King Dick.
Already in the early 1900s the King Dick name and logo were adopted.
It was that of the company owner’s show winning bulldog, and was seen as being symbolic of British tenacity and strength of character.
Note the Bulldog head on the magneto drive chain cover!
Abingdon machines were of sturdy design and they were very popular in the British colonies.
A notable feature is the front fork suspension that acts with a central vertical spring and phosphor bronze guides in each fork leg.
It’s constructed in such a way that there is no side play in the forks.
Carburettor is Brown and Barlow, ignition is by a reliable Bosch instrument.
The Speedwell has direct belt drive and has been excellently restored. It comes with acetylene lighting, bulb horn and leather spare tube carrier.
The comfortable saddle was manufactured by the Coventry firm of Middlemore & Lamplugh.