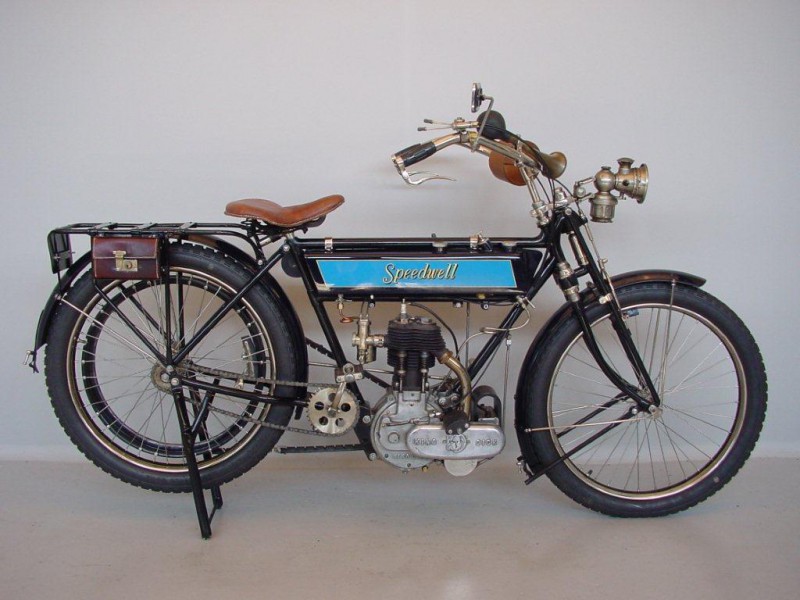 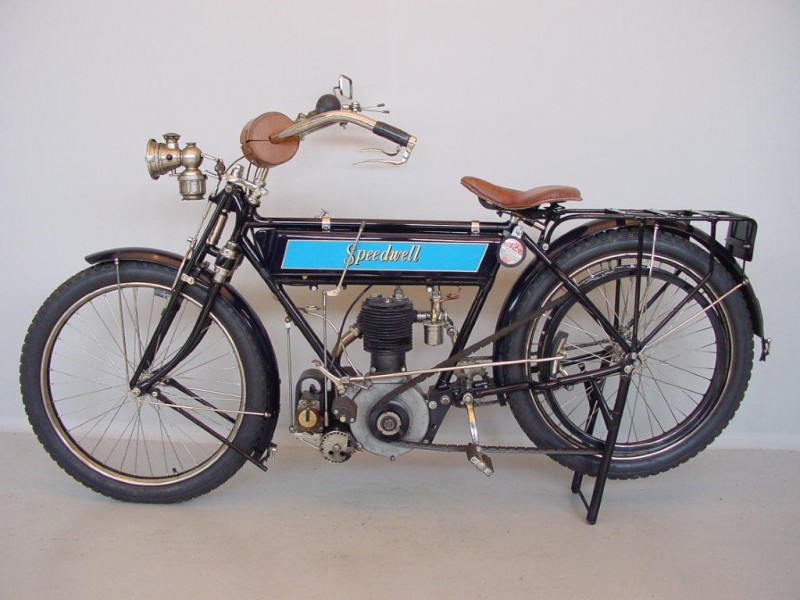 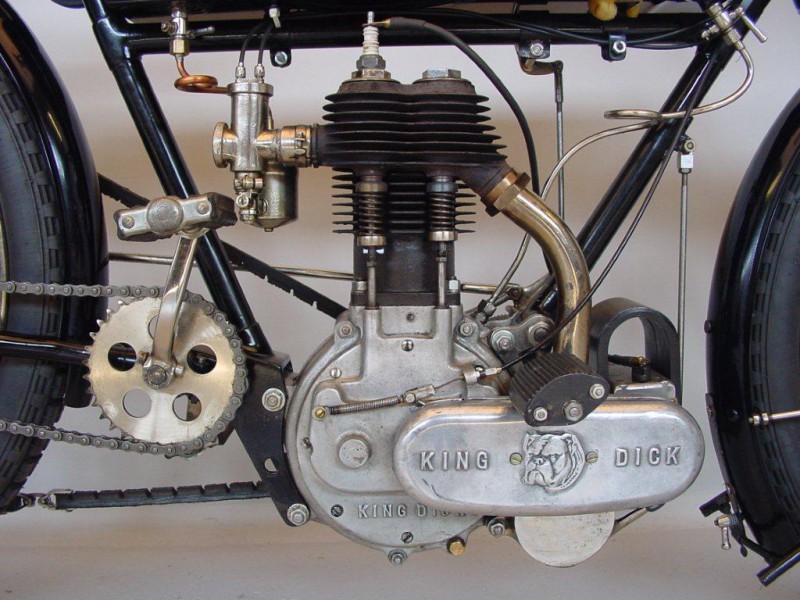 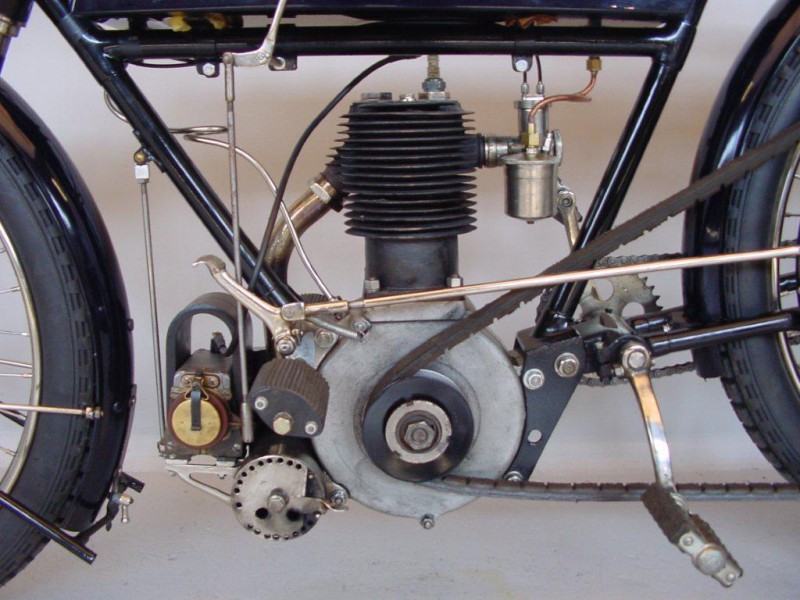 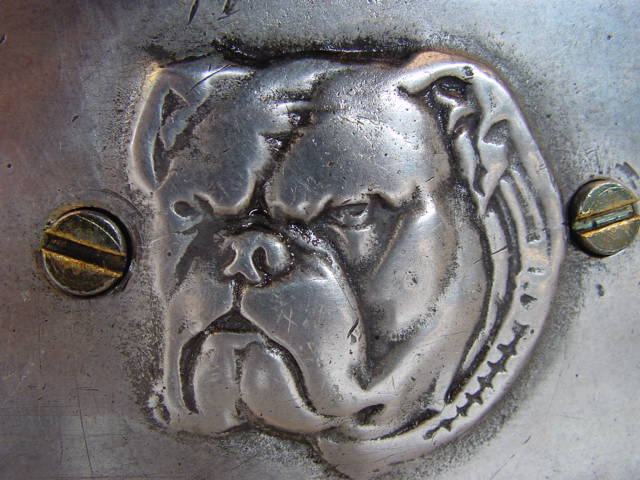 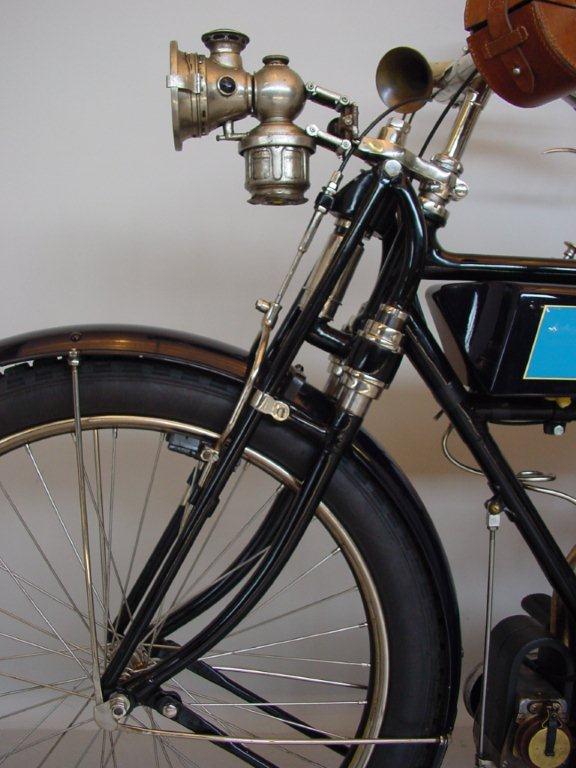 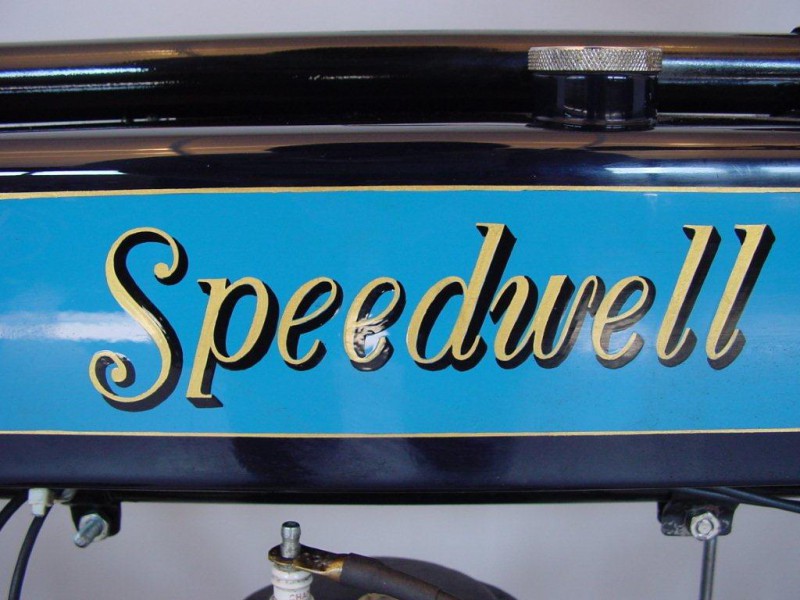 This machine was manufactured in the Abingdon works in Birmingham.
Founded in 1856, Abingdon King Dick is to this day  an established manufacturer of quality engineering tools.
Originally called  Abingdon Engineering, the company made a variety of goods, such as gear boxes, chains and motorcycles.
The latter were produced from 1903 to 1925 under the Abingdon name; from 1925 to 1933 the AKD name was used.
AKD stood for Abingdon King Dick. Already  in the early 1900s the King Dick name and logo were adopted. It was that of the company owner’s show winning bulldog, and was seen as being symbolic of British tenacity and strength of character. Note the Bulldog head on the magneto drive chain cover!
Abingdon machines were of sturdy design and they were very popular in the British colonies.
The machine was imported in Australia under the  name of “Speedwell”.
A notable feature is the front fork suspension that acts with a vertical spring.
Carburettor is AMAC, ignition is by a reliable Bosch instrument.
The Speedwell has direct  belt drive and has been excellently restored.
This machine was sold in Britain under the Kerry Abingdon brand .