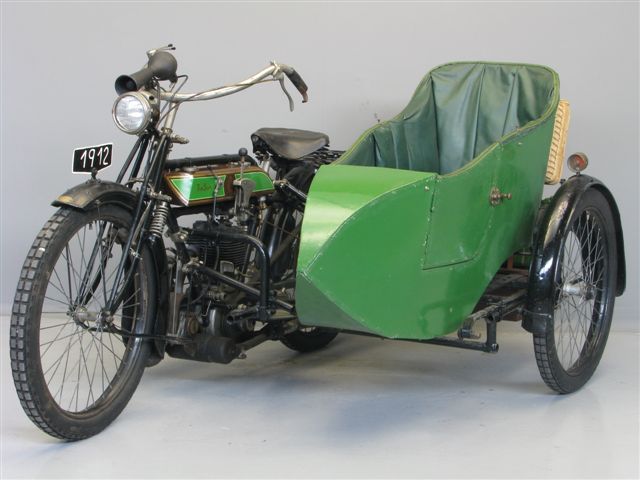 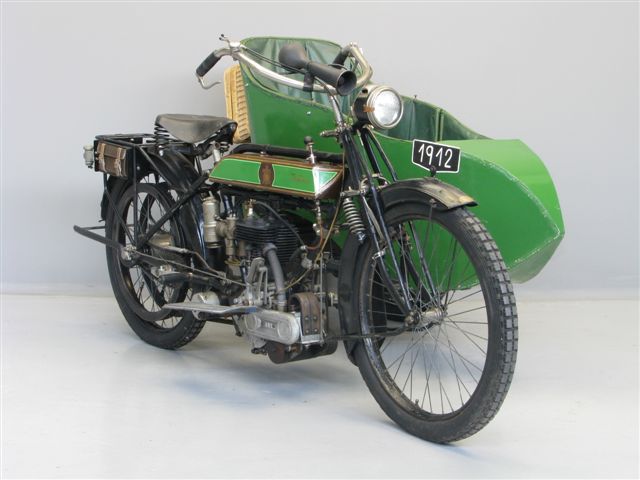 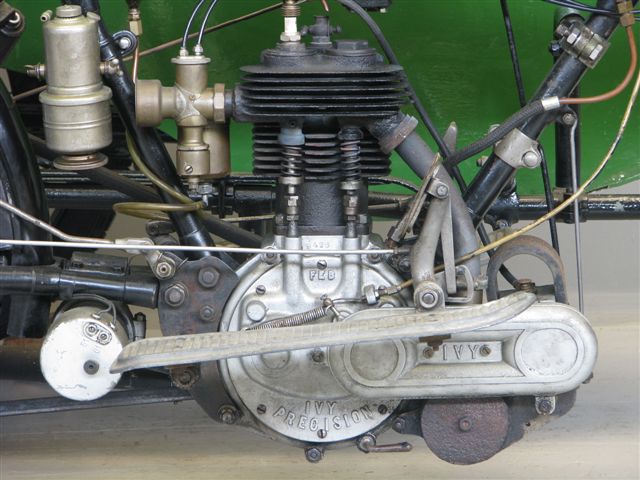 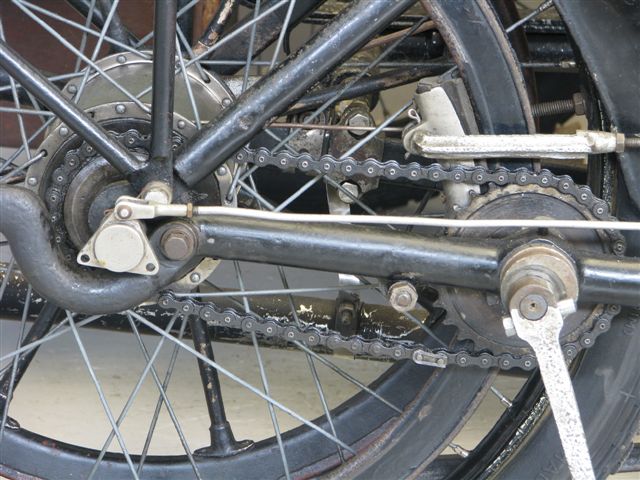 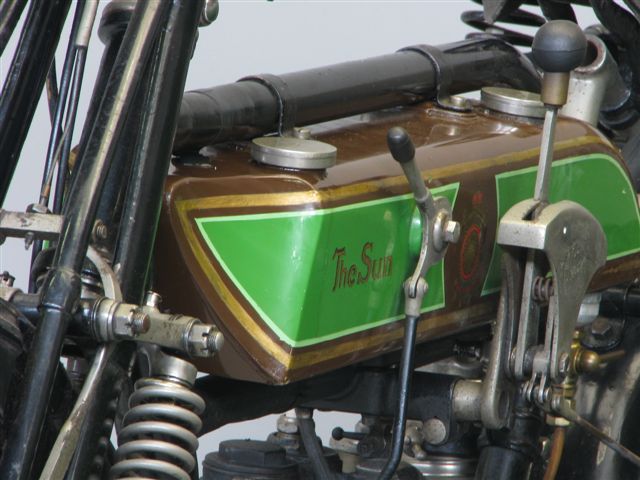 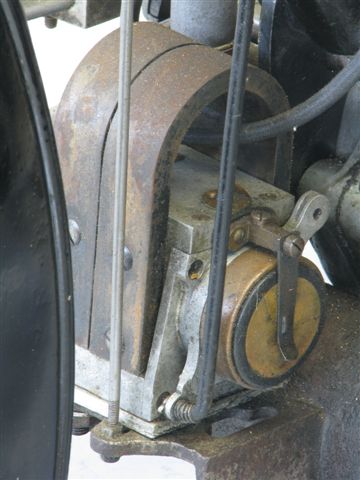 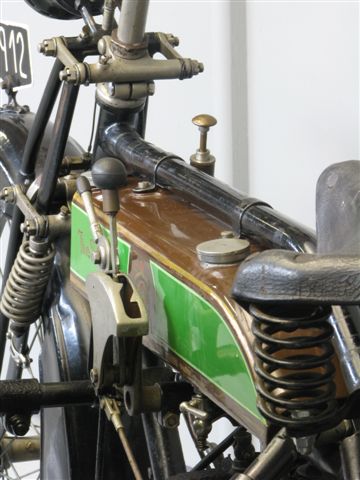 The Sun Cycle and Fittings Company of Aston Brook Street, Birmingham had been producing bicycles since 1885.
The firm entered the motorcycle field at the end of 1911.
More or less around the corner, in Moorsom Street, Frank Baker had started his Precision engine works around the same time.
Understandably, the 1912 range comprised 270, 499 and 599 cc Sun-Precisions.
The two larger models were equipped with Sturmey Archer 3 speed hubs, or alternatively single speed machines with  Villiers hub clutch could be had.
Later Suns were equipped with Villiers, Vitesse, Blackburne and  JAP power units.
In the early 30s motorcycle manufacture ceased and the factory concentrated on the production of  high quality bicycles.
In 1948 the production of light two strokes was taken up again till 1962, when Sun was taken over by the Raleigh Industries group.
This early and sturdily built Sun is an older restoration  with 3 speed hub, full acetylene lighting and bulb horn.
It has a Brown & Barlow carburettor, aluminium footboards, Druid forks  and crank starter.
At some time in the past, the crank cases have been replaced.