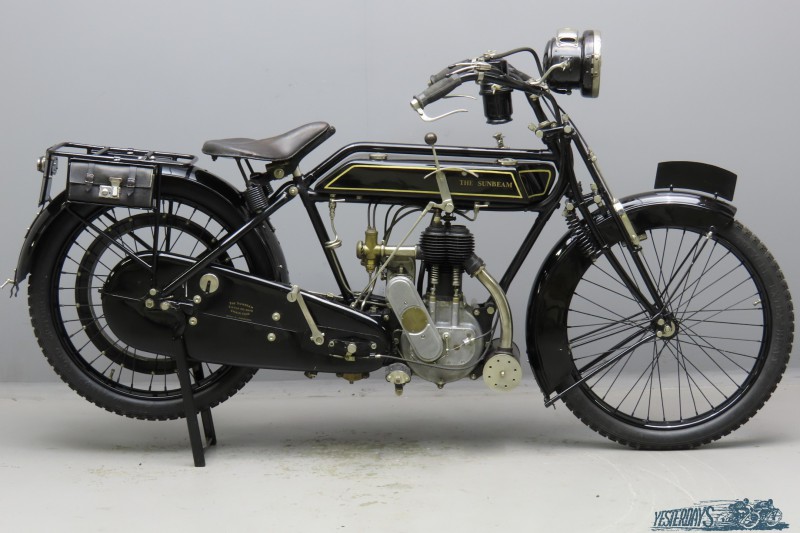 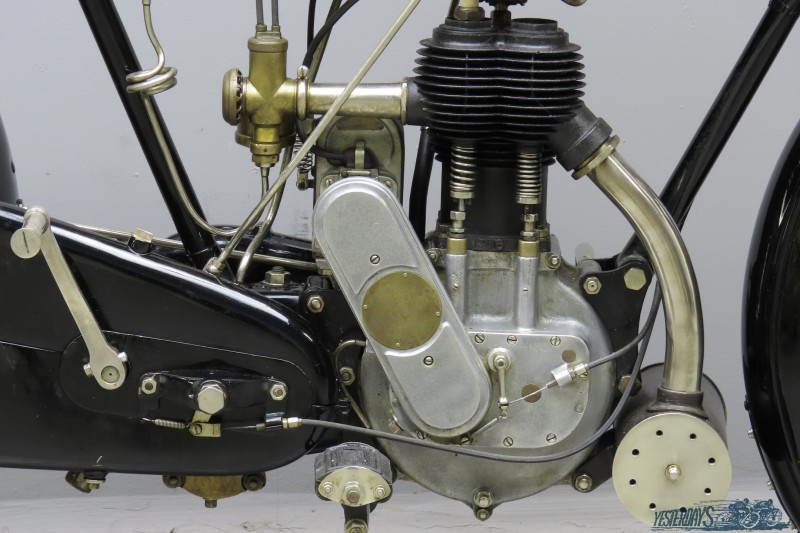 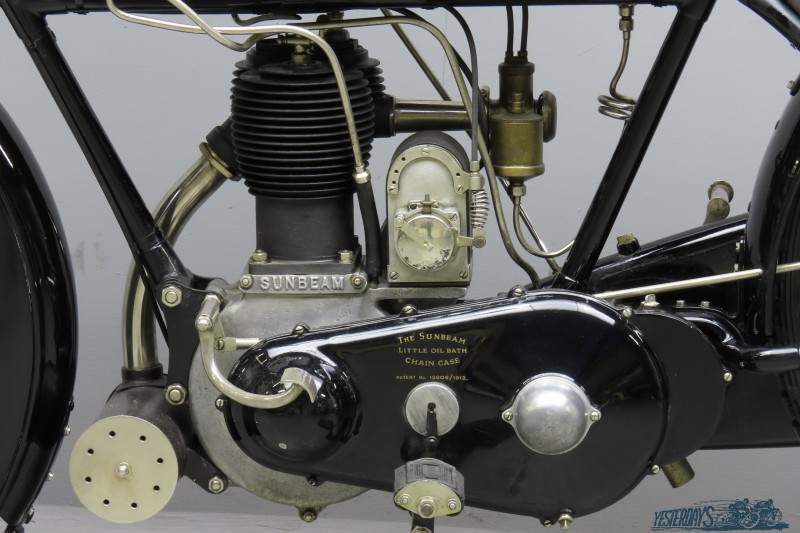 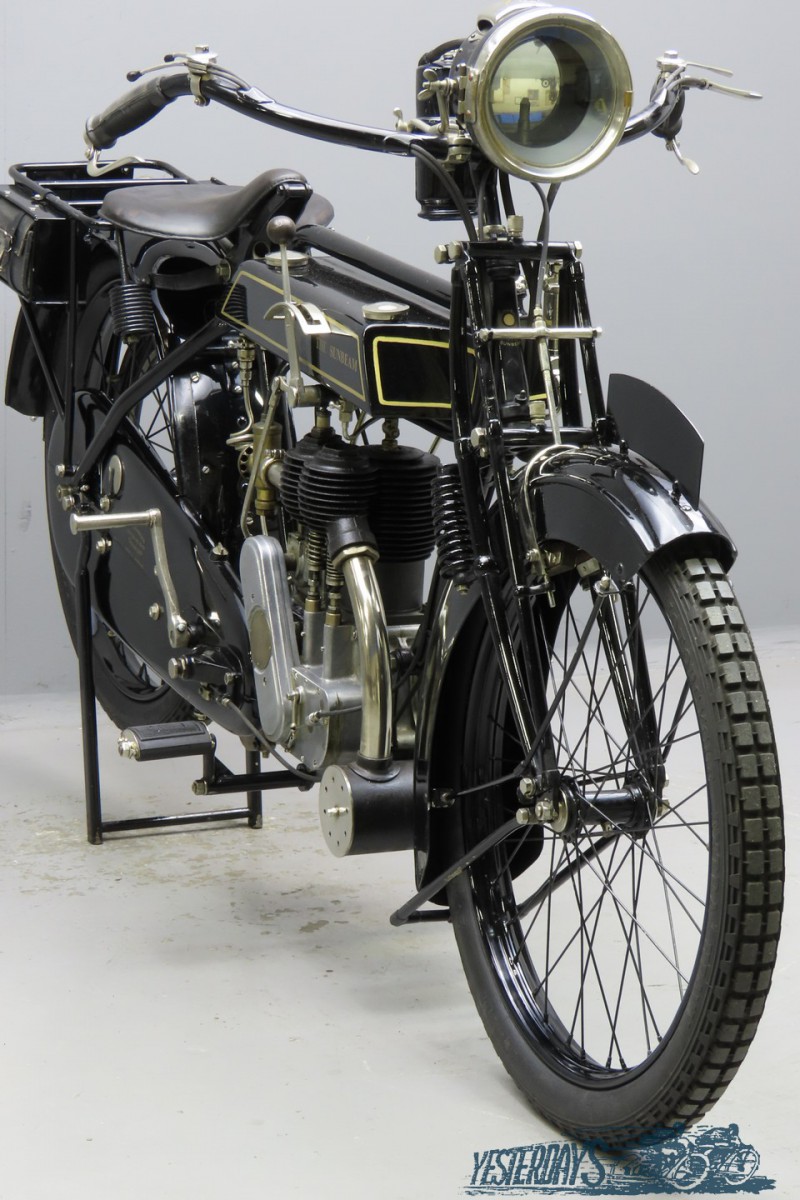 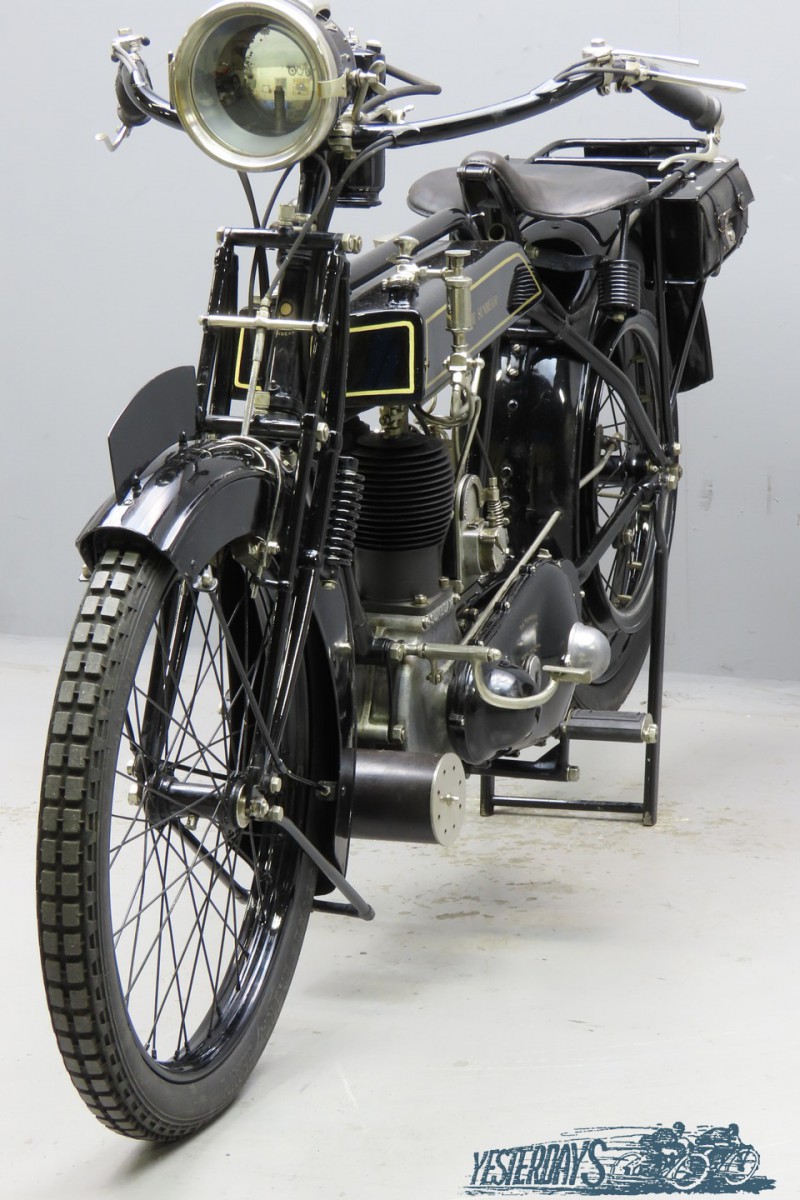 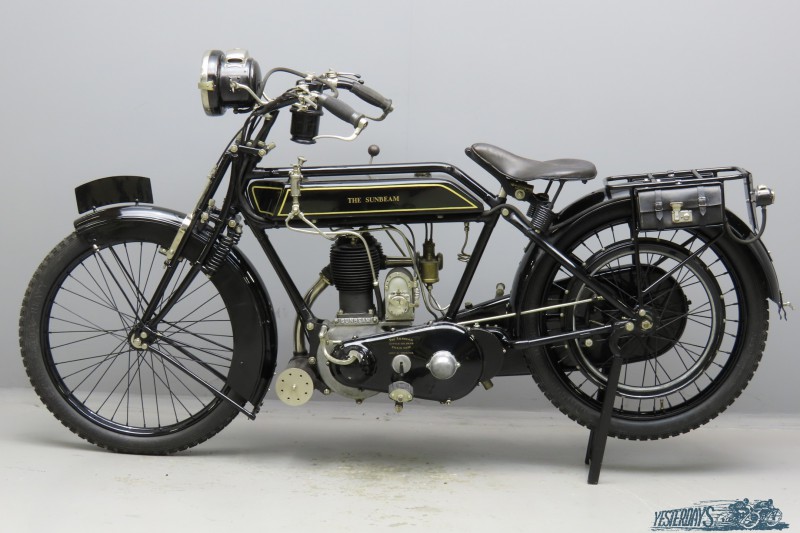 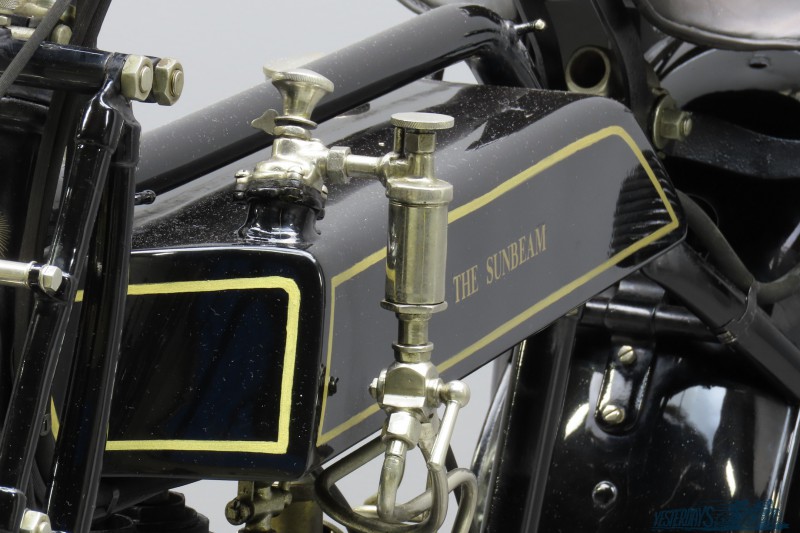 The Wolverhampton based firm of John Marston Ltd. earned fame for their superb bicycles at the end of the 19th and beginning of the 20th century.
In 1912 their first motorcycle was presented.
It was equipped with a 2¾ hp model designed by Harry Stevens, one of the talented family of Stevenses later to found their own company not far from Sunbeamland.
In general motorcycle design and manufacture was done according to the standards set for the Sunbeam bicycles: elegance, silence, reliability and impeccable finish were the key words.
At the end of 1913 a 3½hp model (85x88mm) was launched, a model that would make the Sunbeam name world famous.
Nickel plating on Sunbeams was kept to a minimum, almost all parts were enameled black.
The enamel was of outstanding quality, as witnessed by many vintage Sunbeams still having their factory finish…
The whole machine followed John Marston’s dictum of the best possible quality allied to the best possible specification.
Some of these outstanding feaures are the aluminium alloy primary chaincase and the “little oil bath” enclosed rear chain.
During the war years civilian production was limited; a chain cum belt model was supplied to the French army and the standard 3½hp was supplied to the army in the usual matt khaki paint. Hundreds of V-twin outfits were sold to the Russian allies.
Motorcycle production was on a relatively small scale because John Marston was engaged in the production of vital vehicle and aircraft radiators.
In 1916 nearly a thousand Sunbeams left the factory.
The 1916 catalogue was the last to be issued until after the war; on the third of November 1916 the Ministry of Munitions suspended civilian production “for the duration”.
“The models for service use bore the War Department GS (General Service) stamp on the engine and were finished in the usual matt khaki paint with black tank lining but still with gold lettering. The WD tank had three separate compartments, petrol, oil and paraffin and a complex arrangement of fuel taps.
Some standard machines in black and gold were also supplied to the British and allied forces and there is evidence that some WD bikes were returned to standard condition by the factory in the difficult period after the war.” (source: Robert Cordon Champ, The Sunbeam Motorcycle)
For 1916 there were two slightly different 3½hp models available, the standard machine with footboards and the Tourist Trophy model with footrests.

This restored machine we present here has the G.S. mark on the engine but not the three-compartment tank so it might well have been one of the black-and-gold machines that were used by the military.
She comes with Lucas acetylene lighting system and Amac carburettor.