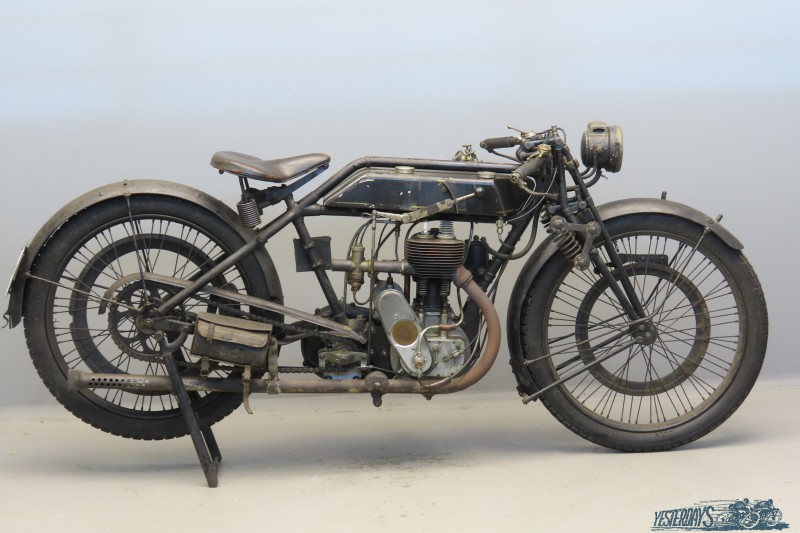 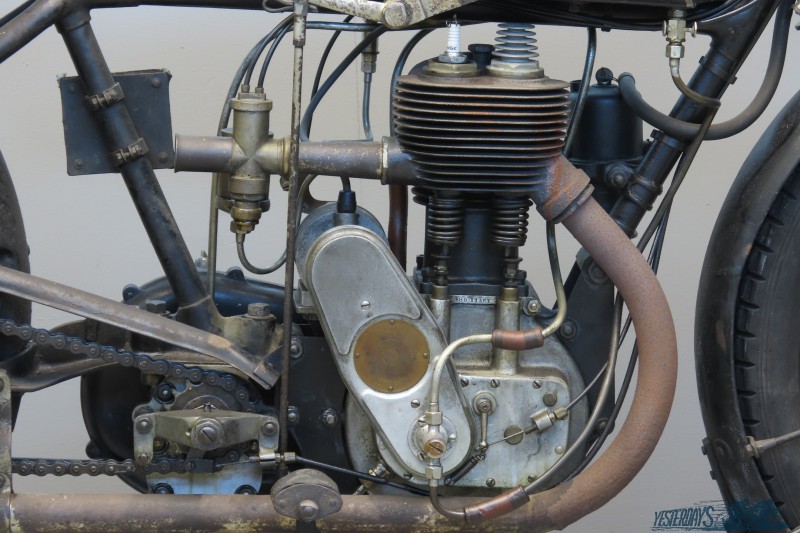 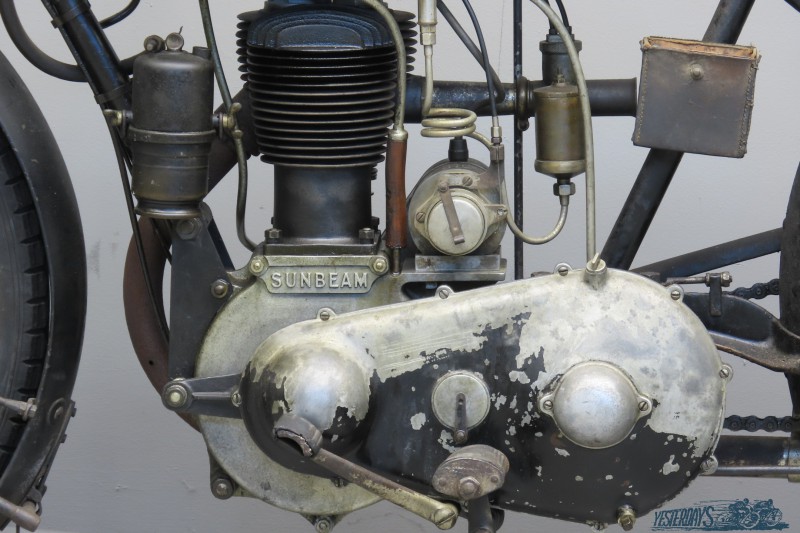 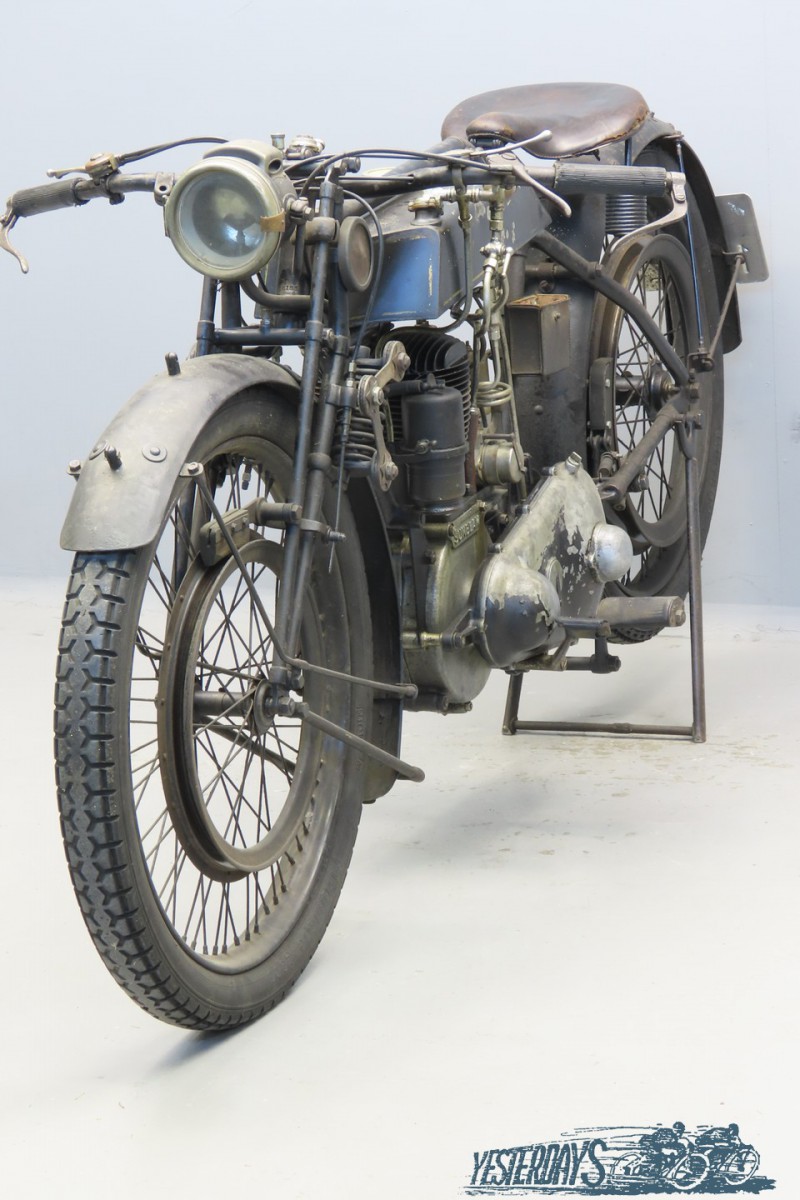 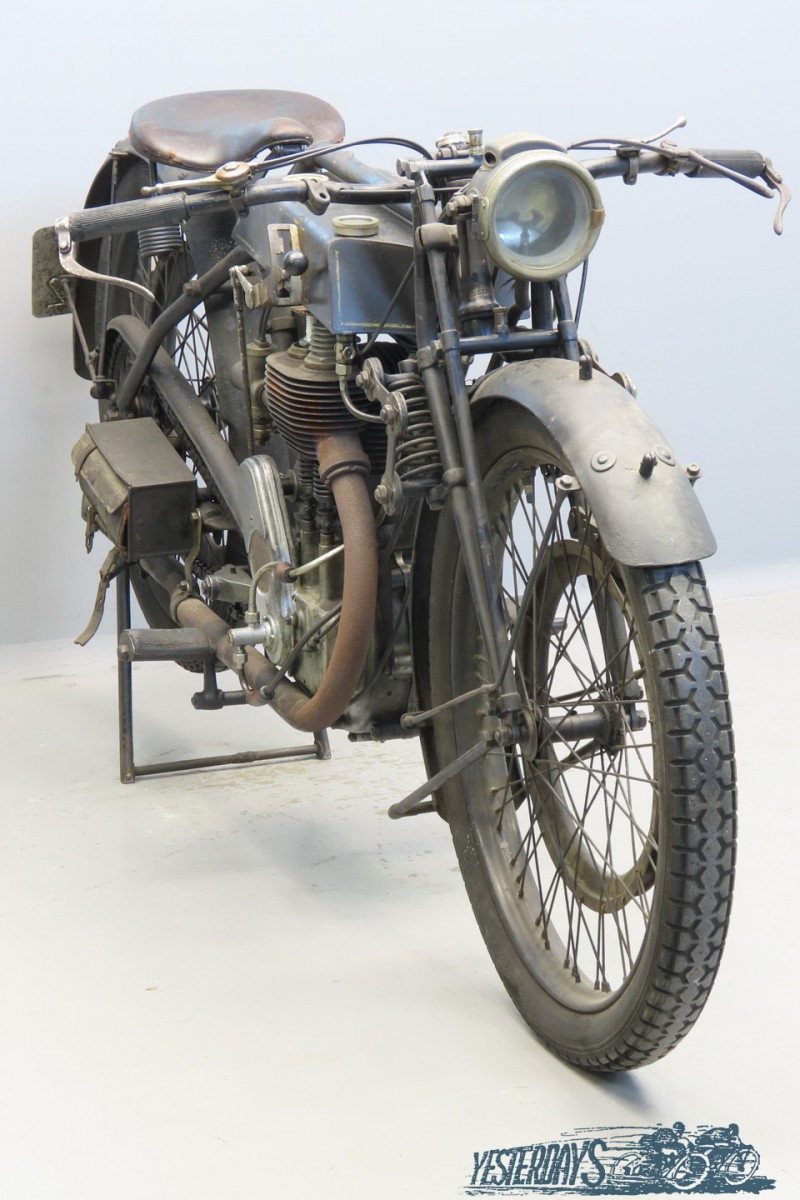 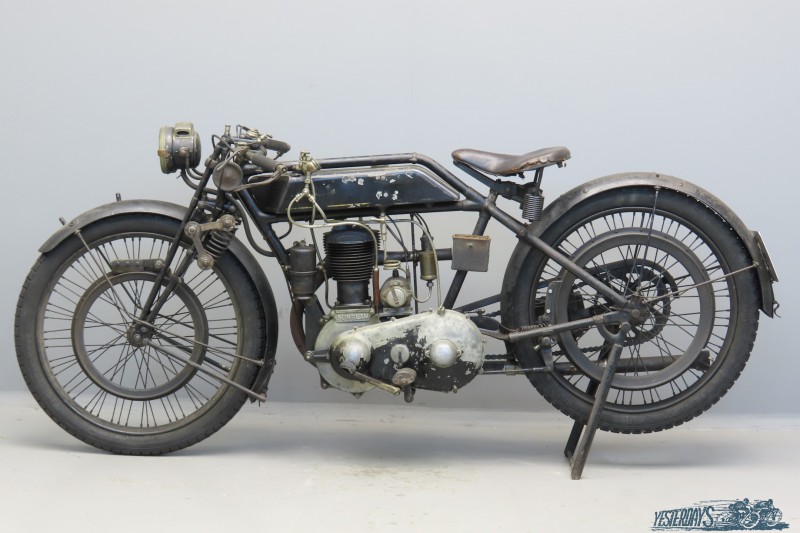 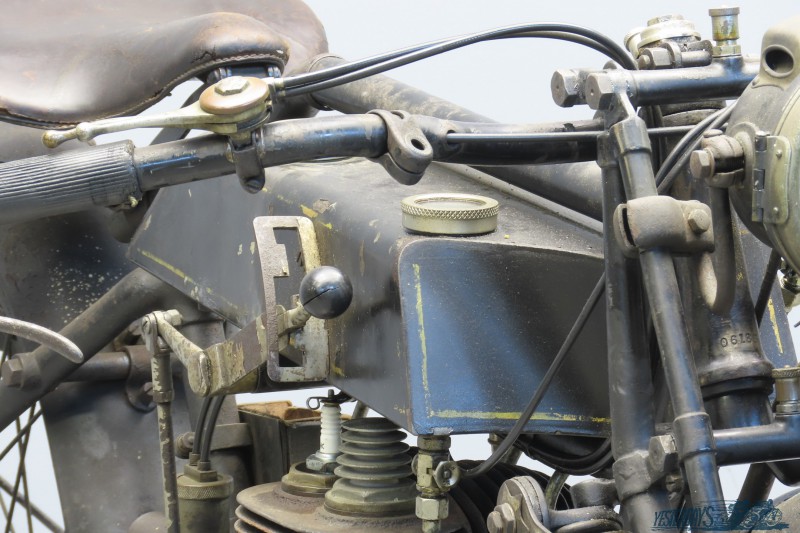 After the Great War, Sunbeams first new design was a side valve of 77mm bore and 105.5mm stroke, known at the works as the ‘Longstroke’ to differentiate it from its short-stroke predecessor. The new engine made a fantastic impression at the 1921 French Grand Prix on July, 24 at the Circuit de la Sarthe near Le Mans.
The circuit length was about 17 km and the machines in the 250, 350 and 500cc classes, more than 40 in all, started at the same time.
The 500cc class had 26 competitors who had to do 18 laps and from lap three Sunbeam riders Alec Bennett and Tommy de la Hay were firmly in the lead.
Bennet won with an average speed of 59.9 mph (more than 95 kmh), 2 minutes in front of de la Haye.
For the 1922 model year a sports machine based on this successful racer was available to the public.
The Motor Cycle described it as follows in its issue of November 10th, 1921:

“One’s first impression of the new T.T. model conjures up the simile of the thoroughbred racehorse, as compared with the more robust hunter, to which the 1920 sports model approximates.
There is something of that “slimness” which suggests speed in the slightly lengthened frame.
The saddle position is lower, and the handle-bar, instead of being fixed at the head of the steering post, is carried on two brackets extending rearwards and downwards from the head clip.
Thus the handle-bar is actually lower than the top of the head tube, which is fitted with a cap.
The shape of the bar is particularly graceful, and’ the average rider will find on assuming a natural riding position that his hands drop on to the grips.
As before mentioned, the T.T. engine is a new design of the long-stroke type, the bore and stroke being 77 mm. and 105,5 mm. respectively (492 c.c), and the compression ratio rather higher than is usually the case.
The ports are designed to give an exceptionally big sweep, which brings both the induction and exhaust pipes lower down the cylinder than in the other models.
An aluminium single-ring piston is adopted, and this, in conjunction with the other light reciprocating parts, gives the engine remarkable acceleration.
The transmission is by chain through a close ratio Sunbeam gear box without kick-starter; but the little oil bath is only fitted to the primary drive.
The rear chain is being protected only by a light guard.
As before mentioned, no carrier is fitted, so a place has been found for the toolbag on the right side chain stay.
Another deviation from the design of the heavier models is that the drip-feed is omitted and a hand pump with two-way tap, which allows oil to be directed to the gear box or engine.
The mud-guarding is light, being minus valances, and, altogether, the machine is a true sporting mount.
It is capable of lapping Brooklands at 70 m.p.h., and is as flexible, as silent, and as docile as a modest tourist type.
This we demonstrated for ourselves one day last week, when we spent an afternoon trying both the new models among the hills around Bridgnorth.
At 25 m.p.h., this T.T. mount, which has a straight through pipe, is quieter than companion machines fitted with the standard Sunbeam silencer.”

The Longstroke, in its various guises, was in production for 17 years – the longest of any Sunbeam motorcycle.
The machine we present started life as XI 2327 in the Belfast area.
A Dutch enthusiast imported her in The Netherlands in the eighties and the former owner treasured the Sunbeam for about 30 years, keeping her in “oily rag” condition in his office.
The machine was ridden at certain occasions, but the overwhelming speed and acceleration (“100kph and lots of throttle left”) coupled to the early twenties brakes and the owner’s advancing age made riding it a thrilling event.
So it was decided to look for a new custodian.
Very special about this TT Sporting Model is its fabulous original condition.
The machine has never been restored and looks very purposeful with its low and long frame and simple but powerful engine.
She is fitted with an early mechanical oil pump – a type that Sunbeam experimented with in the early twenties- Bentley and Draper front fork stabilizers and Lucas acetylene front lighting.