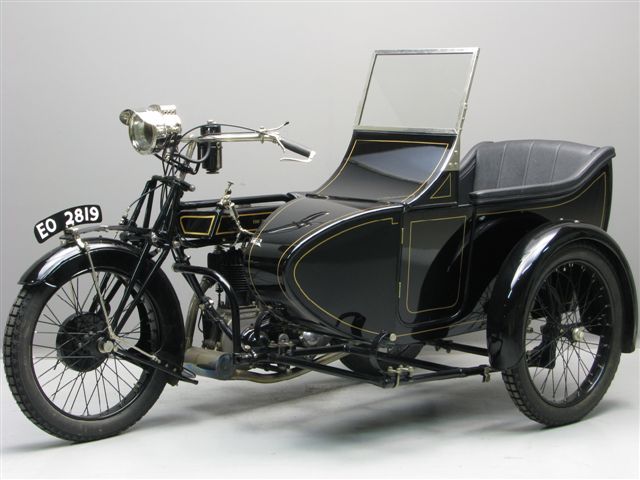 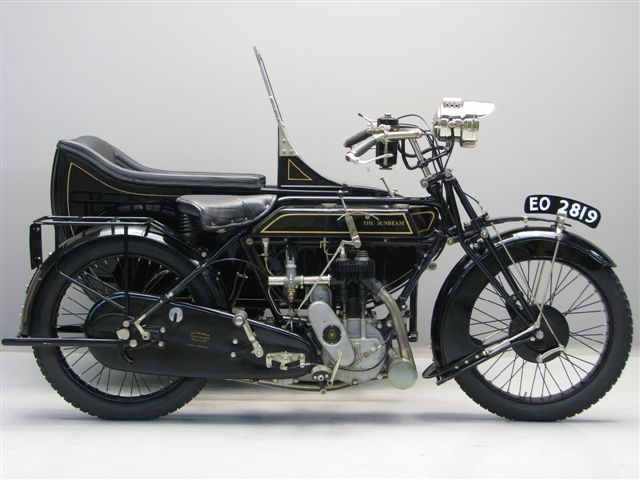 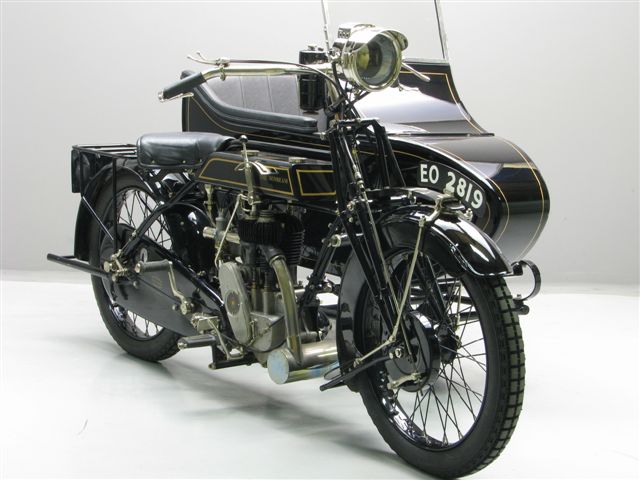 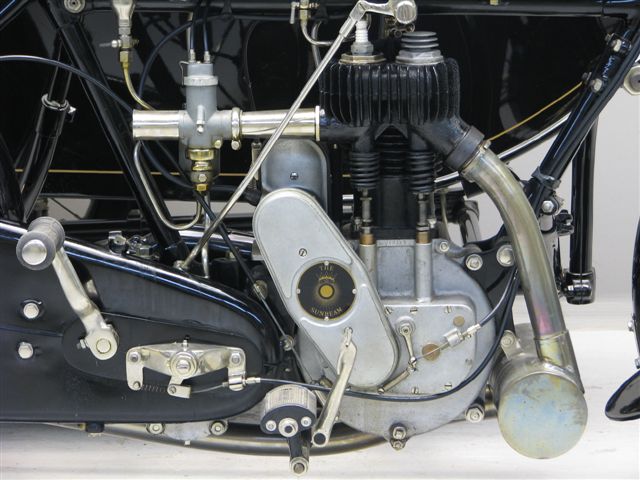 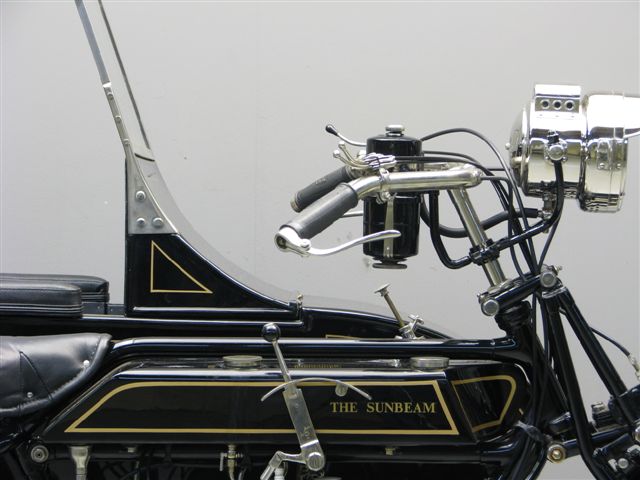 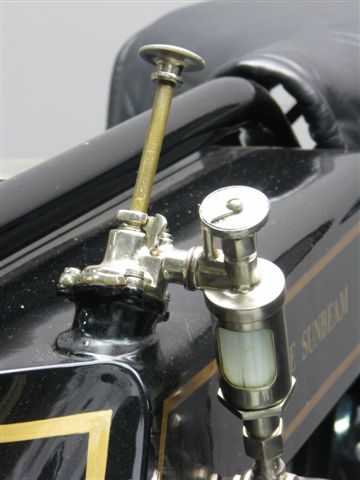 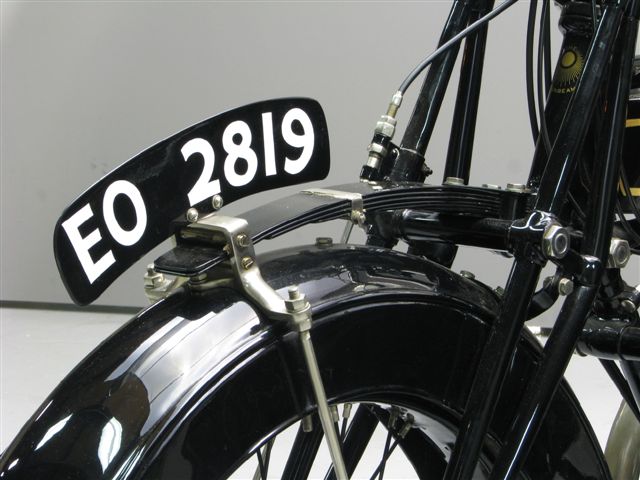 For 1922 two new models were listed, the “Longstroke “ in TT model form and a model which combined the longstroke bottom half and old pattern 3  ½  HP cylinder, giving bore and stroke measurements of  88×105.5 .
This 4 ¼ HP model, primarily intended for sidecar use,  was named “model 7” from the 1924 sales season and it stayed in production till the early thirties.
It was a splendid “slogger” which pulled great weights and lasted seemingly forever.
A 1922  4  ¼  HP machine  was  mentioned in Bob Cordon Champ’s  excellent book “The Sunbeam Motorcycle”.
I quote: ” It was on a machine such as this that a man could carry out his entire riding career and many did.
One such, the man who inspired the writing of this book, I would like to commemorate here.
George Burrow, an ex RFC farmer from Worcestershire, bought his 4 ¼ HP model OK 6428 from a catalogue in 1922 and rode it till his death in 1970. (….)” The machine has leaf sprung front forks and  rear drum brake.
For safety reasons a drum brake has been fitted to the front wheel.
This combination  has been restored meticulously.