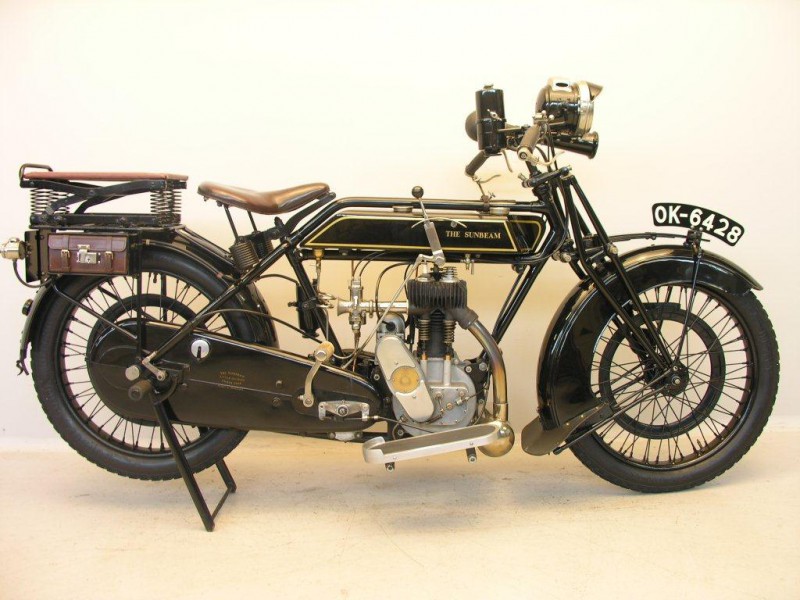 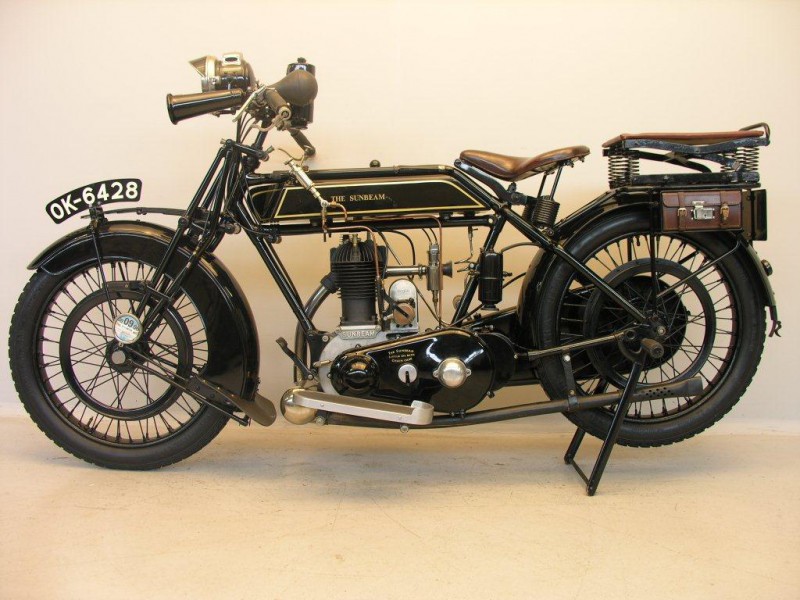 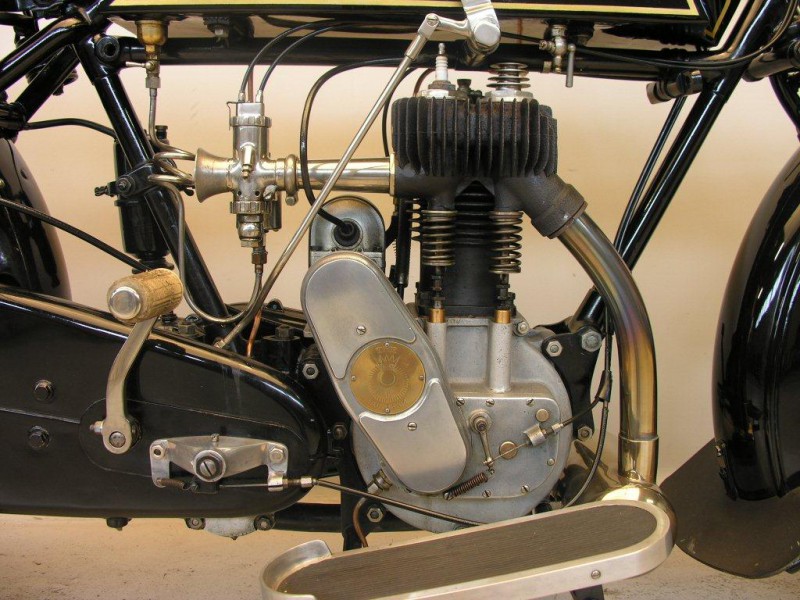 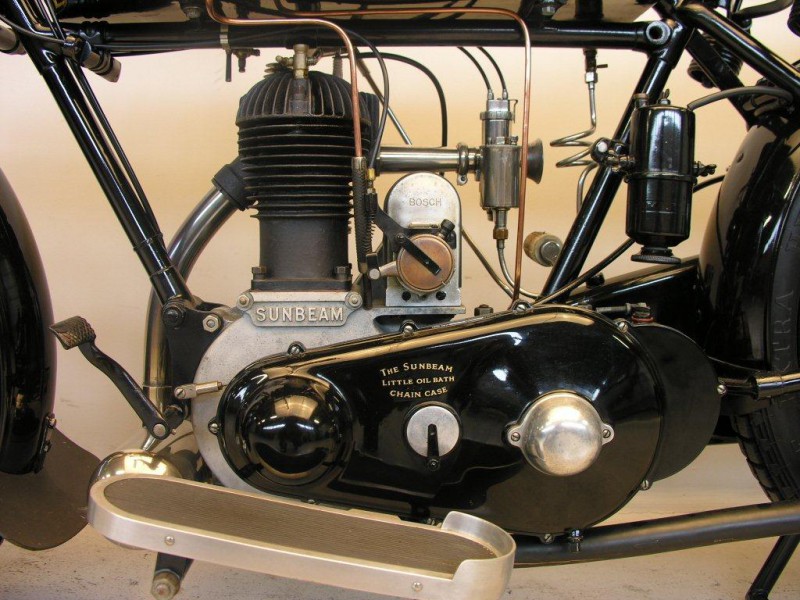 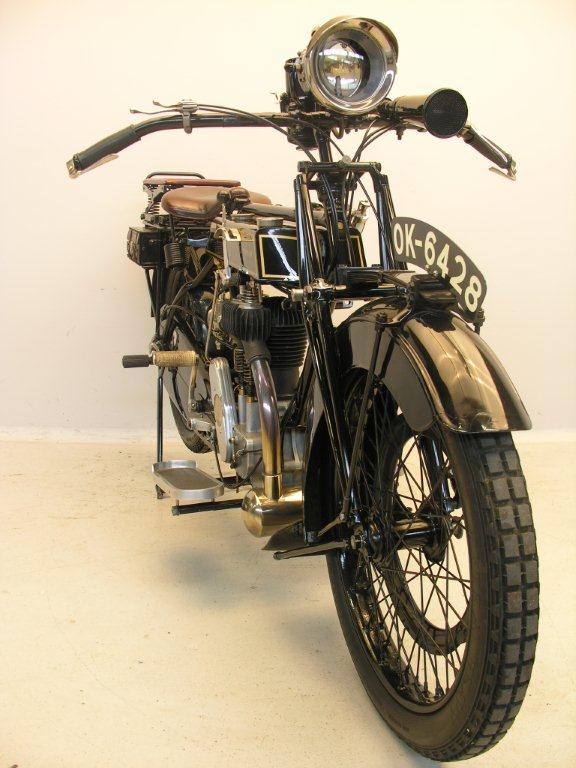 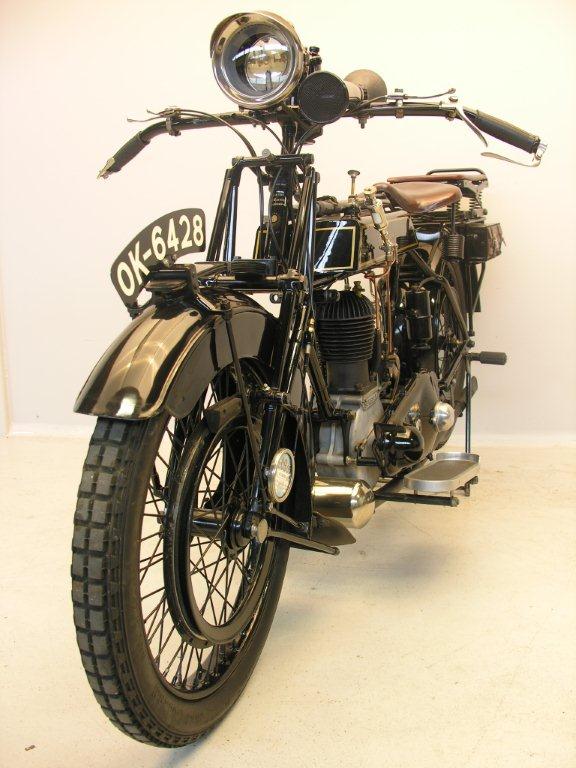 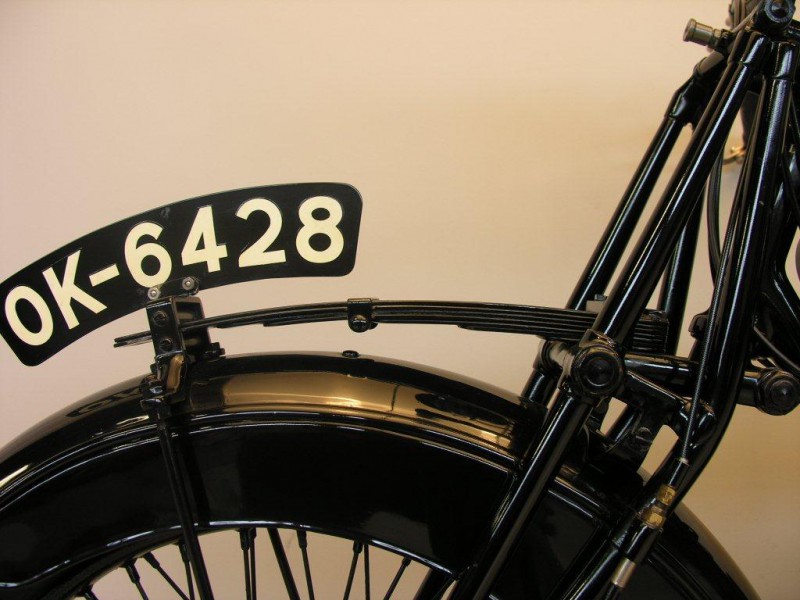 For 1922 two new models were listed, the “Longstroke “in TT model form and a model which combined the longstroke bottom half and old pattern 3  ½  HP cylinder, giving bore and stroke measurements of  88×105.5 .
This 4 ¼ HP model, primarily intended for sidecar use,  was named “model 7” from the 1924 sales season and it stayed in production till the early thirties.
It was a splendid “slogger” which pulled great weights and lasted seemingly forever.
This particular machine, OK 6428, was mentioned in Robert Cordon Champ’s  excellent book The Sunbeam Motorcycle. I quote: ” It was on a machine such as this that a man could carry out his entire riding career and many did. One such, the man who inspired the writing of this book, I would like to commemorate here.
George Burrow, an ex RFC farmer from Worcestershire, bought his 4 ¼ HP model OK 6428 from a catalogue in 1922 and rode it till his death in 1970. (….) In the evening of his life George found that there were fellow enthusiasts in the Vintage Motorcycle club and with a “pilot” ahead to compensate for his failing eyesight, he once again “motored on a Sunbeam” through his native land.
The sunbeam remains, reconditioned and re-built. George, unrestorable and unrepeatable has gone.”  The picture of George and his Sunbeam is taken from The Sunbeam Motorcycle.

The machine has leaf sprung front forks, rear drum brake and interchangeable wheels.
It has been meticulously restored.