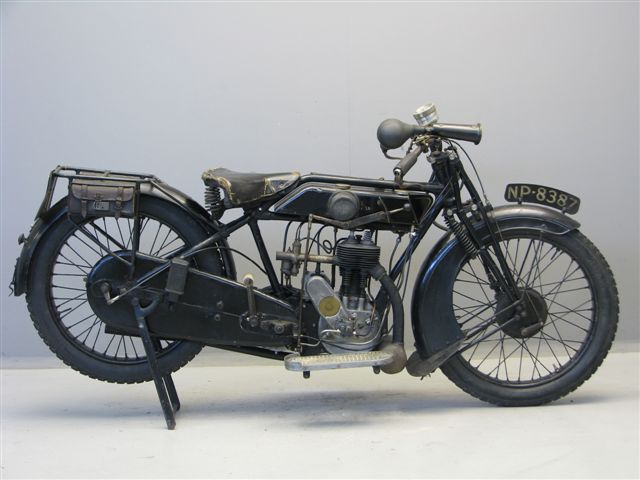 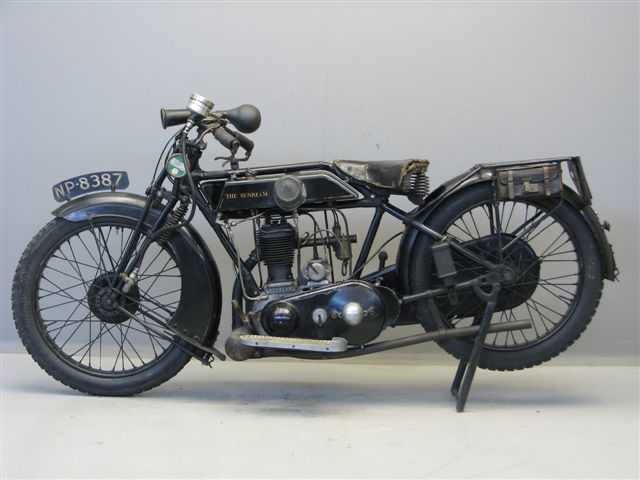 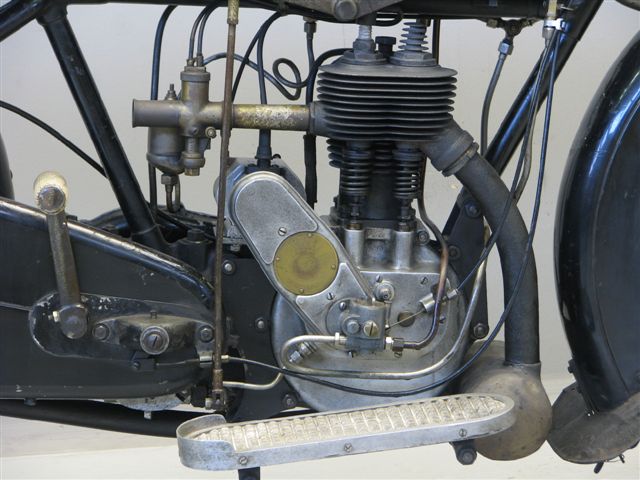 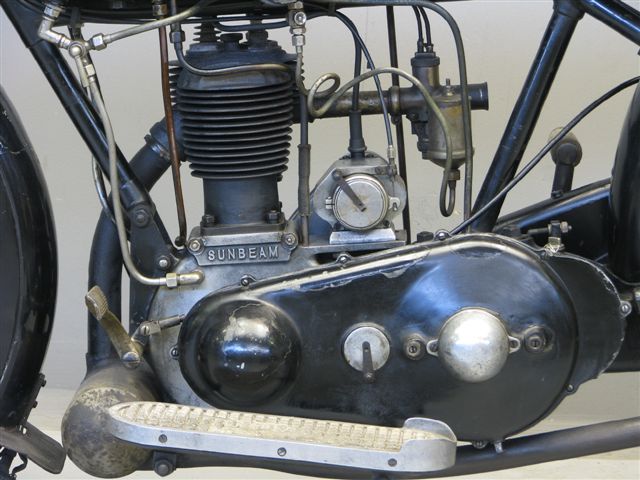 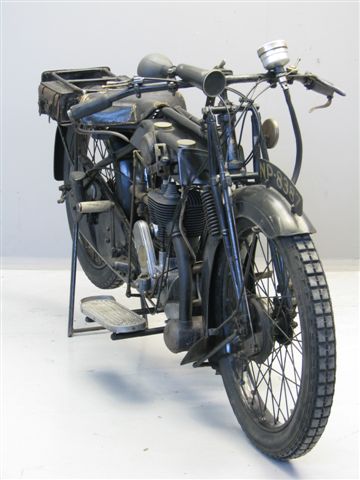 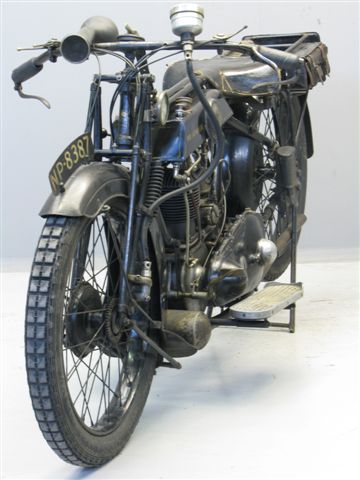 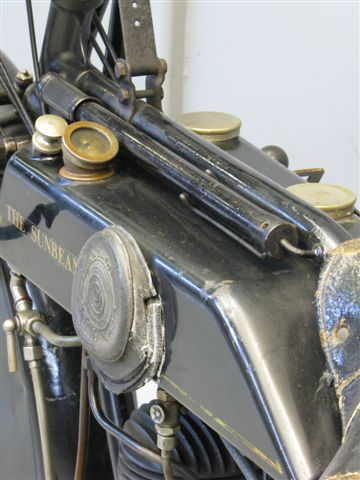 The Wolverhampton based firm of John Marston earned fame for their superb bicycles in the late 1800s.
In 1912 their first motorcycle was presented, a 350 cc side valve model (75x 79 bore and stroke) with a 2 speed gearbox.
Soon the capacity was increased to 500cc, and also models with proprietary V-twin engines were made.
Sunbeam motorcycles gained fame for their very high standards of workmanship, their speed and their reliability: The TT was won several times in the nineteen twenties.
The 2 ¾ model was redesigned to 70x 90 longstroke configuration and  presented again in 1923, this time with 3 speed gearbox.
It was sold in a Model 1 version with touring specifications, and in a more sporting Model 2 version.
Production of this light Sunbeam stopped in 1930.

This motorcycle has a full history from new: it was bought in May 1926 by Mr. H.S. Steynor, a Malvern dentist, from Hopkin’s Garage of Ledbury.
Although delivered in 1926, it is actually a late 1925 model.
The motorcycle was christened “Cuthbert” ( Steynor later owned  a Lagonda  car by the name of “Rose”) and was used for some years to get him to his dental practice in Graham Road, Great Malvern.
By 1939 the machine was stored with some 25,000 miles on the Cowey speedometer.
In the 1960s grandson Penn  Steyner used the machine for some time and then it was stored again.
In the 1980s it was bought by a Dutch enthusiast and mechanically overhauled: the finish is still the 1925 Sunbeamland enamel which sparkles like new in many places.
The machine has been used regularly for vintage runs.
A full history of this amazingly authentic Sunbeam can be read in the December 1986 issue of “The classic Motorcycle”.