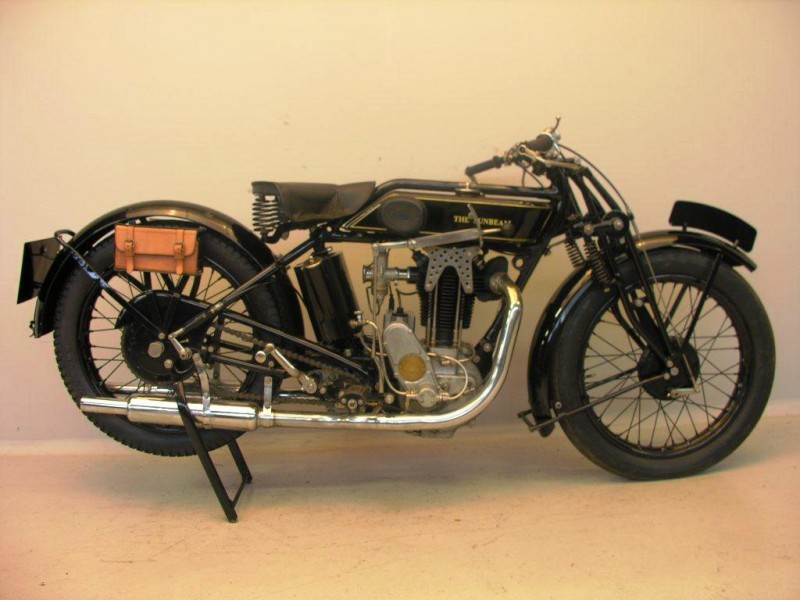 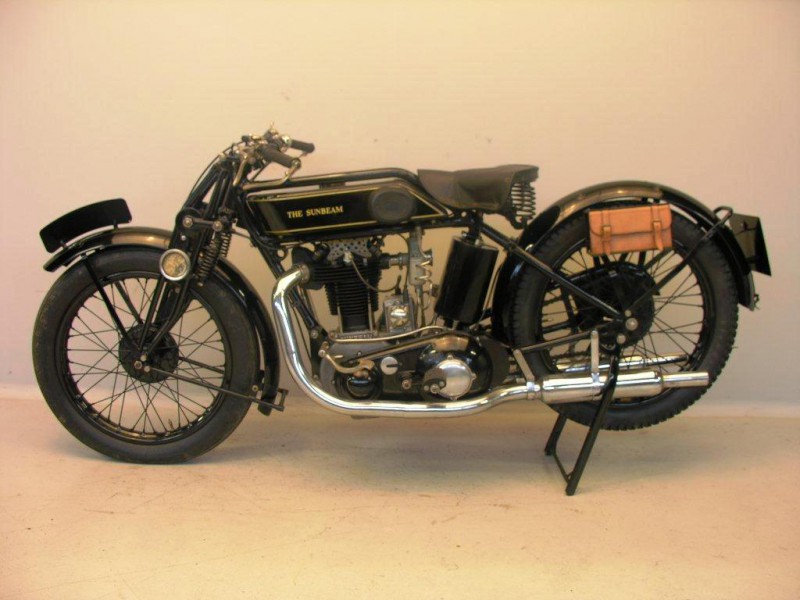 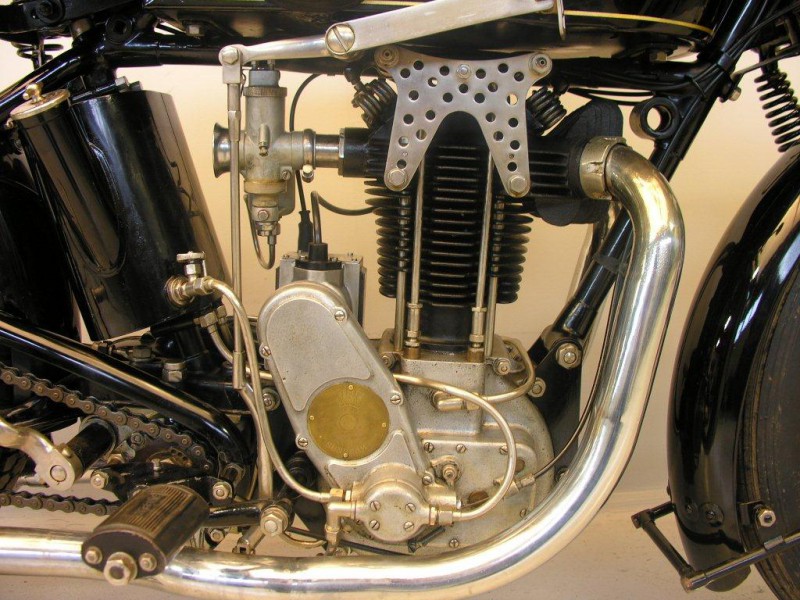 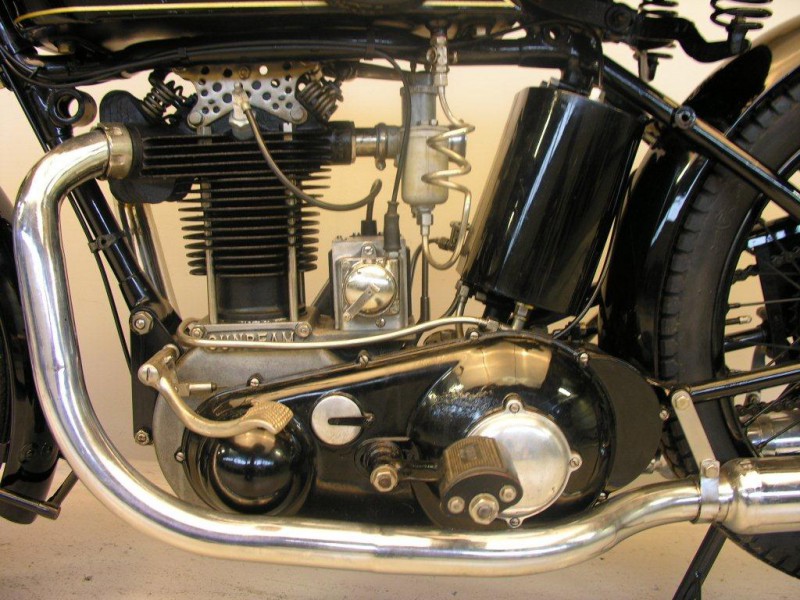 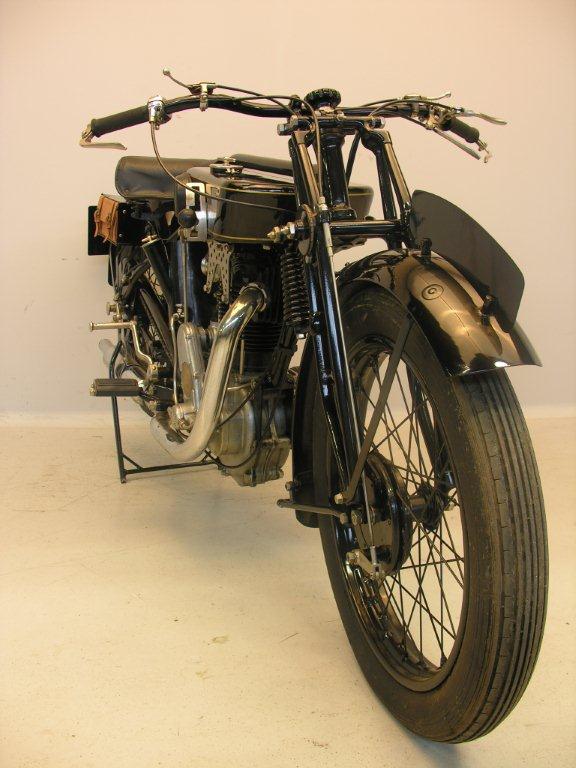 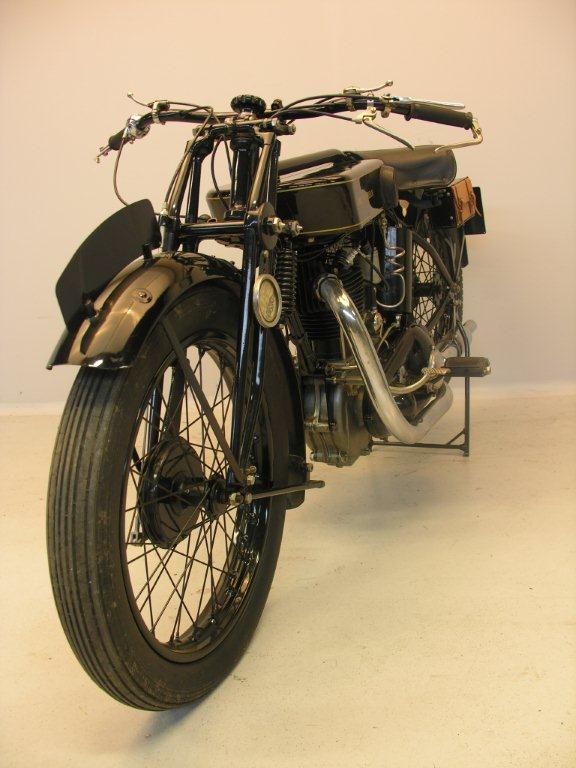 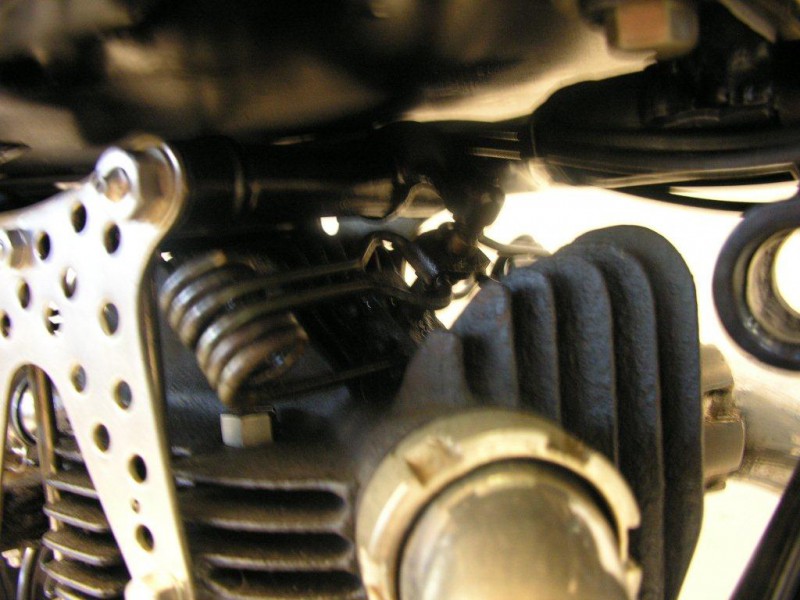 The Model 90 first appeared in the firm’s catalogues for the 1927 season. Sunbeam had tried to develop an OHC racer but that proved to be unsuccessful: the camshaft Sunbeam that appeared in 1925 was seriously lacking in torque and power because of problems with valve timing.
The much more direct ohc mechanism necessitated a totally different  valve timing, of which there was very little knowledge at the time.
Factories like Velocette and Norton decided to carry on experimenting and finally got the knack, but Sunbeam returned to the pushrods.
The factory turned to advice to Harry Weslake, who discovered the importance of the right shape of port and the optimum direction of gas flow.
On this then new technology Harry Weslake  built a career as an engine consultant- the  splendid XK Jaguar engine was one result, the excellent reputation of the Model 90 another.
The engine was internally much different from the standard machines, with highly polished I-section conrod and  7.5 : 1 piston running in a special machined barrel.
The head had enormous port finning and hairpin valve springs.
The model 90 was very successful in racing for a number of years; in 1929 Charlie Dodson won the Isle of Man TT with an average speed of 73.5 mph.
At Monza the Senior TT was won with a Model 90 that lapped the circuit at 94 mph.
The last mode 90 was made in 1933.
This 1928 machine is in good restored condition.