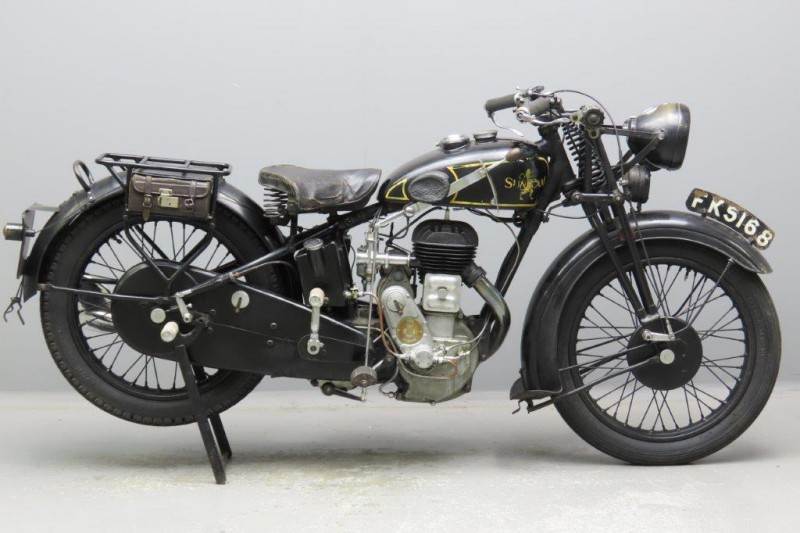 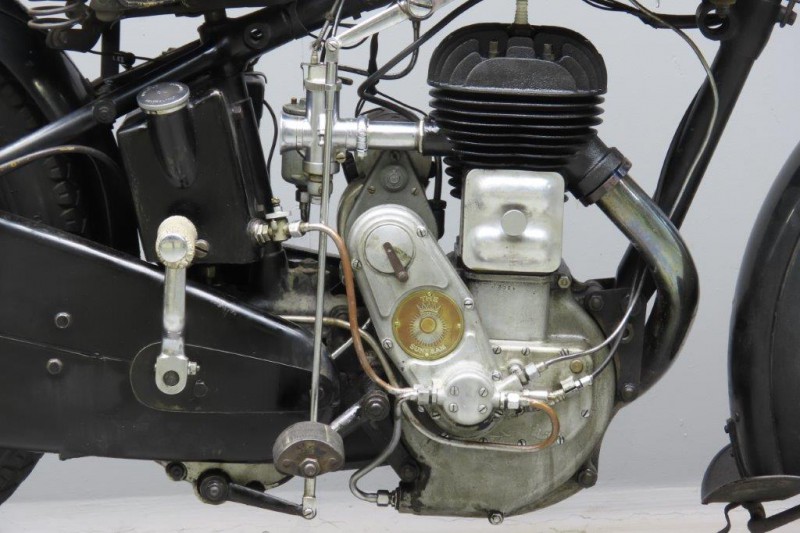 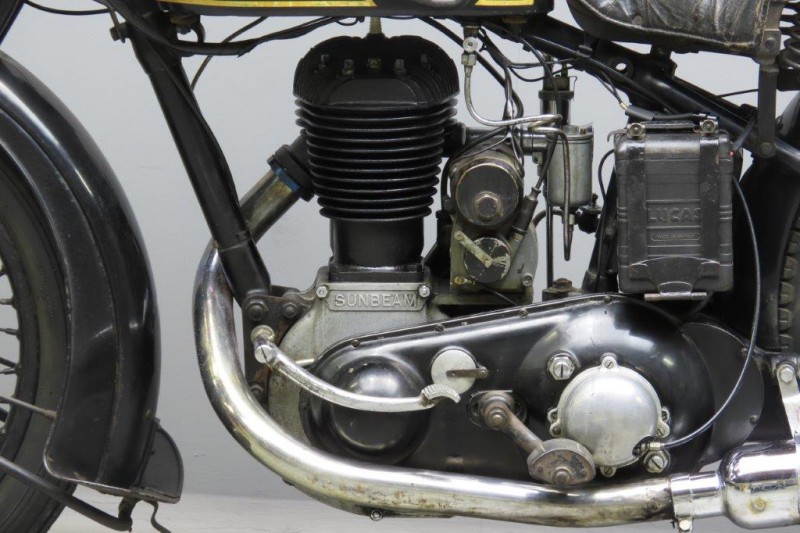 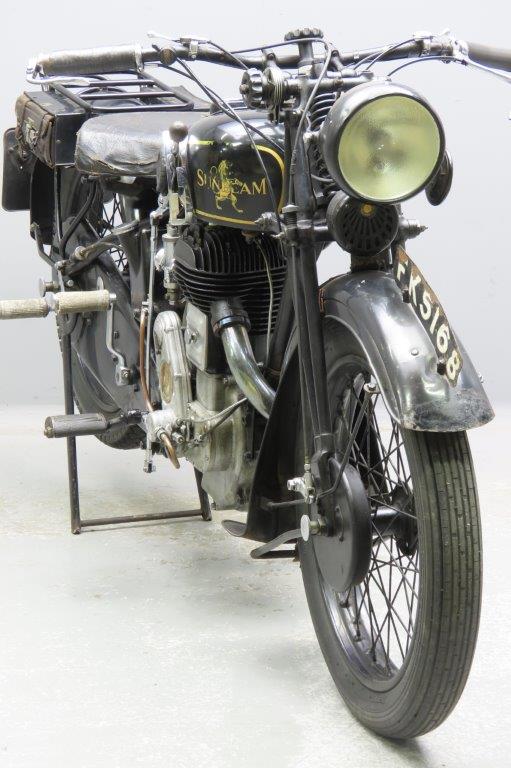 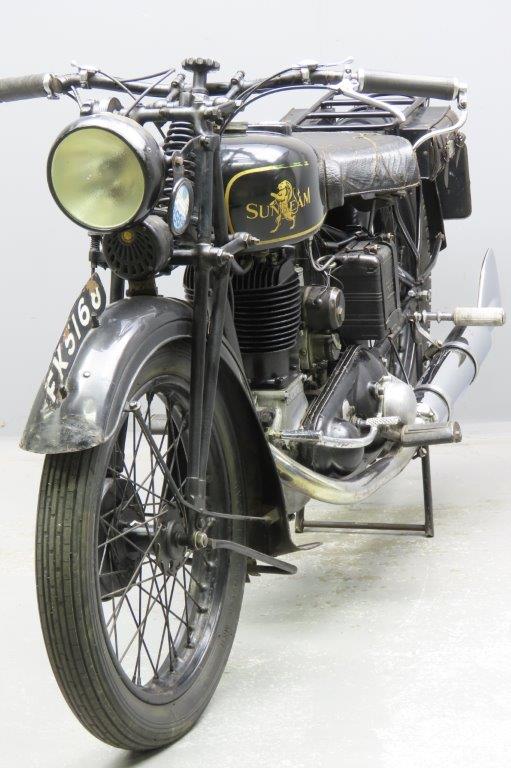 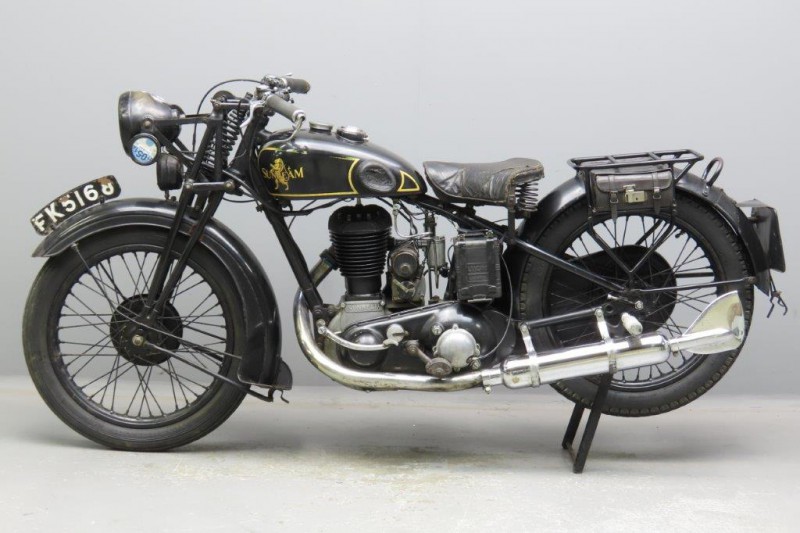 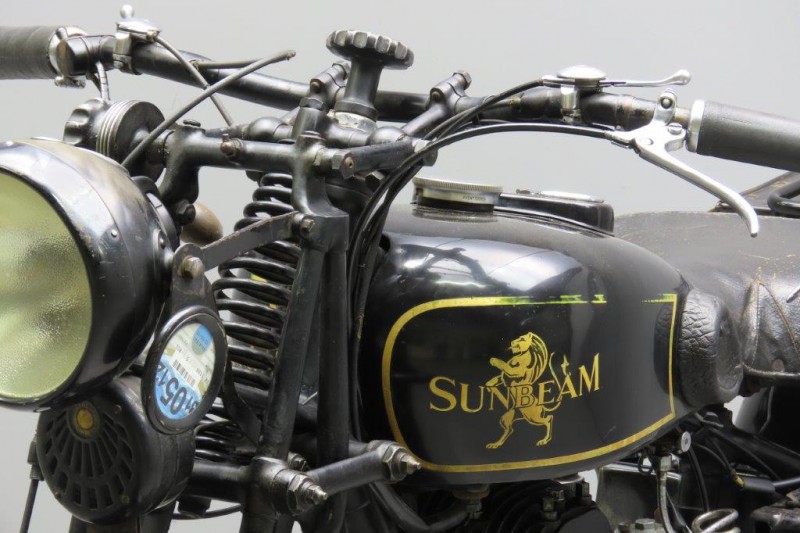 Sunbeam’s first overhead-valve engines were introduced in the mid-1920s but early successes were achieved with sidevalve-engined machines, most notably the 492cc (3½hp) ‘Longstroke’, which secured a debut win at the 1921 French Grand Prix ridden by Alec Bennett.
In road-going form this remarkable engine with bore x stroke dimensions of 77 x 105.5 mm remained in production right up until WW2.
In June 1930 the Longstroke model was restyled, it got bought-in welded steel petrol and oil tanks. It was designated “ Lion” because the Lion was one of the ICI trademarks; the Imperial Chemical Industries Ltd had owned the Sunbeam factory since 1926.
From September 1930 all Sunbeams got the new Webb-type front forks with centre spring.
The “Lion “ was one of only three basic models that were in the Sunbeam catalogue for 1932: the worldwide economic depression had cast a dark shadow over motorcycle sales.
The three basic models were all available in two versions: the 350 ohv Model 10 could be had in Touring or Sports trim, the famous 500 ohv Model 9 could also be bought in 600 cc trim and the Lion Longstroke could be had in 600 cc guise too.
Some special features for the 1932 Lion were a four-speed gearbox, interchangeable and detachable wheels and the luxurious internally illuminated instrument panel on the petrol tank containing a clock and an oil gauge.
This Sunbeam Lion is one of the best kept original and untouched machines that we have had available.
Charmingly patinated, the machine comes with a comprehensive file containing some John Marston invoices dating back to the early and mid-1930s.
These are addressed to one Carl William Beard, possibly the first owner, who according to the accompanying continuation logbook was still the owner in 1964.
The file also contains an original spare parts list, technical information, and a current registration document.
The machine comes with the two original keys for the toolboxes and original tool kit.
The last owner enjoyed the Sunbeam for five years and participated in various historical runs with it, including one organised in May of this year by the French club ‘L’Ane à Deux Roues’ near Beziers where it was awarded a cup for the best ‘Girder’.
A couple of photographs and the cup are included.