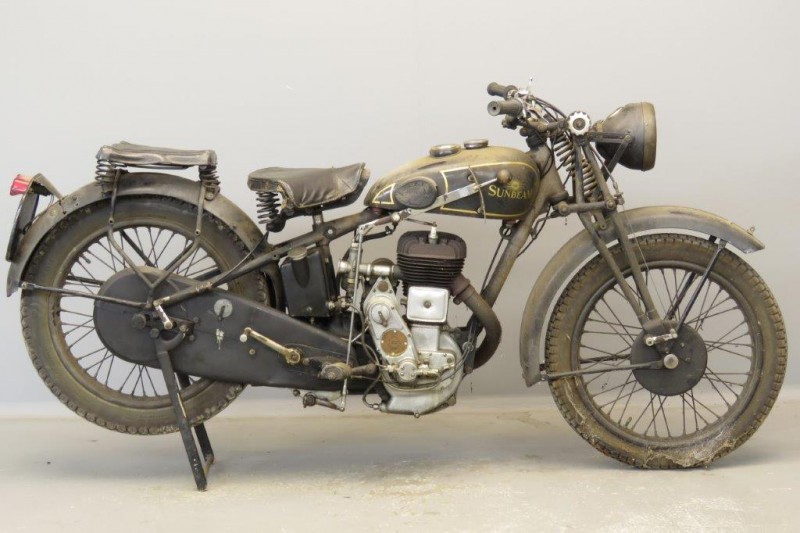 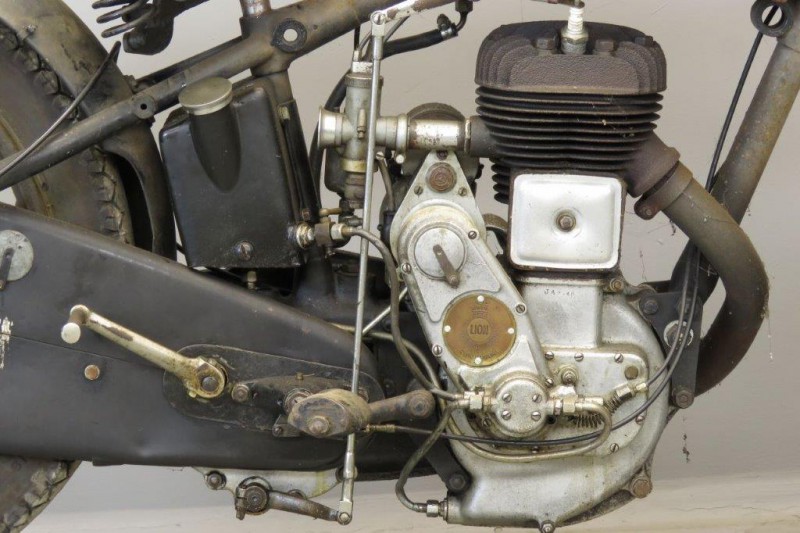 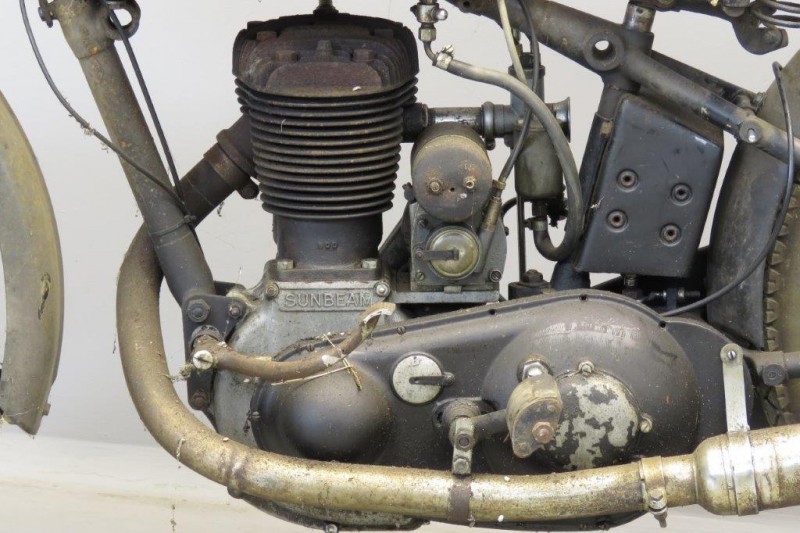 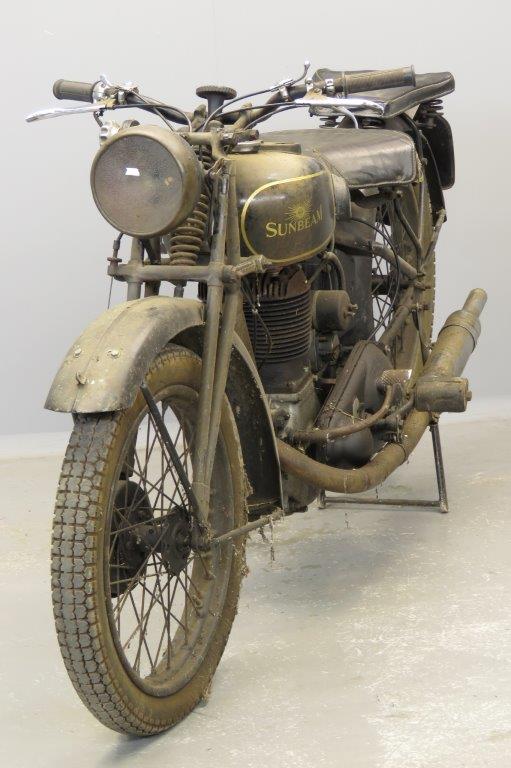 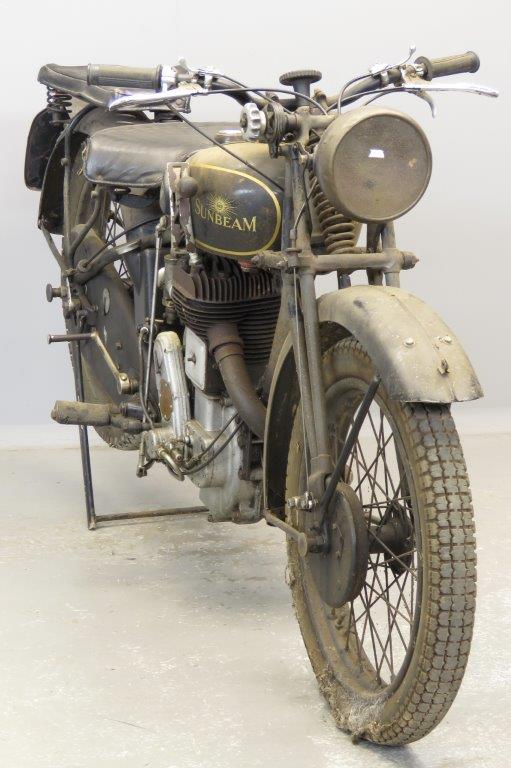 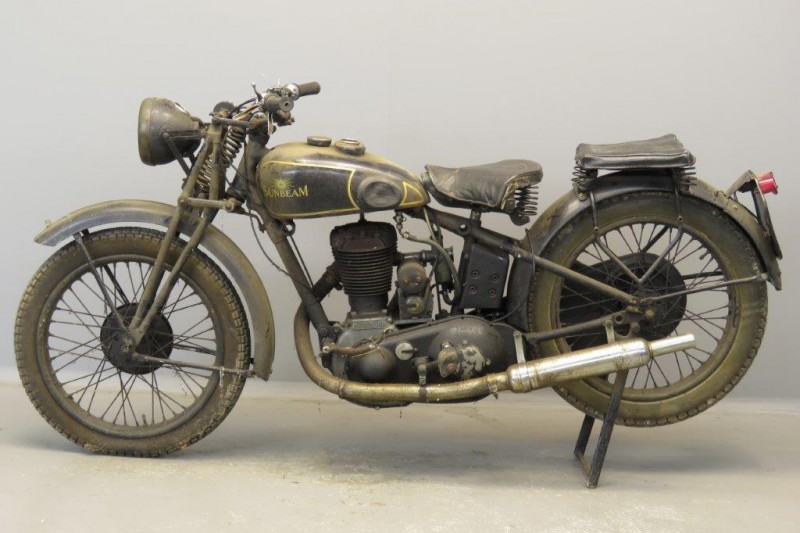 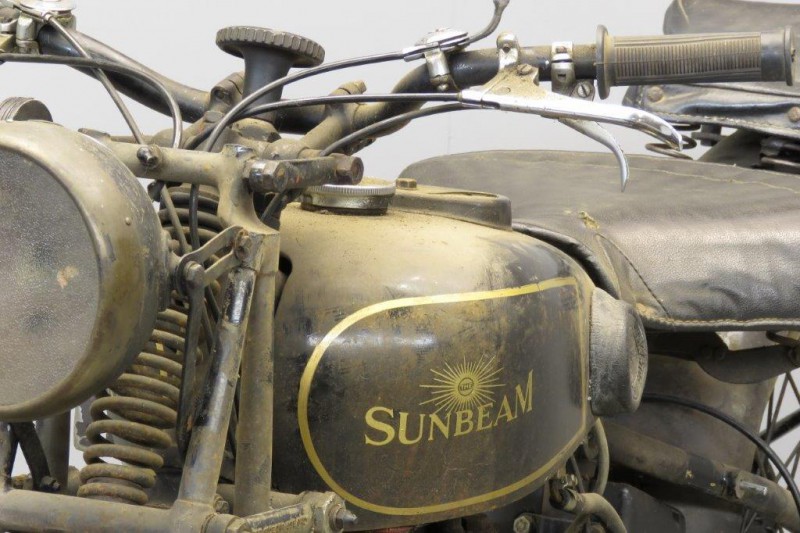 The Wolverhampton based firm of John Marston earned fame for their superb bicycles in the early years of the last century.
In 1912 their first motorcycle was presented, a 350 cc side valve model ( 75x 79 bore and stroke) with a 2-speed gearbox.
Soon the capacity was increased to 500cc, and also models with proprietary V-twin engines were made.
Sunbeam motorcycles gained fame for their very high standards of workmanship, their speed and their reliability: races all over Europe were won in the early half of the twenties with machines equipped with the very fast and reliable “ Longstroke” side valve engine with bore/stroke of 77x 105.5 mm. In June 1930 the Longstroke model was restyled, it got bought-in welded steel petrol and oil tanks. It was designated “ Lion” because the Lion was one of the ICI trademarks; the Imperial Chemical Industries Ltd owned the Sunbeam factory since 1926.
From September 1930 all Sunbeams got the new Webb-type front forks with centre spring. The “Lion “ was one of only four models that were in the Sunbeam catalogue for 1931: the world Depressions had cast a dark shadow over motorcycle sales.
Later in 1931 a 598 cc version of the Lion would become available.
This machine had dimensions of 85×105.5 mm.
New for 1933 were quickly detachable and interchangeable wheels and removable pannier and carrier bags.
This quality touring Sunbeam is equipped with Lucas electrics and is in unrestored condition.