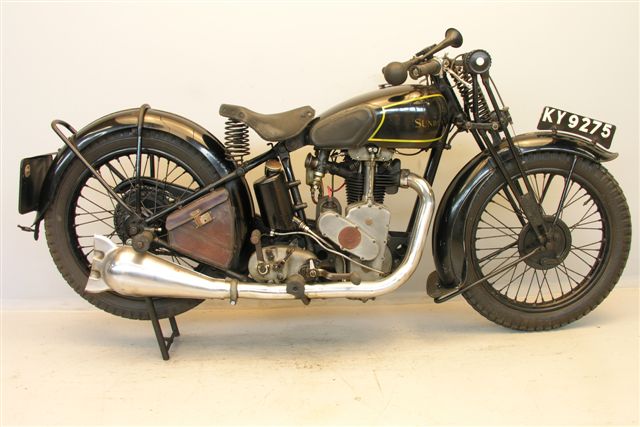 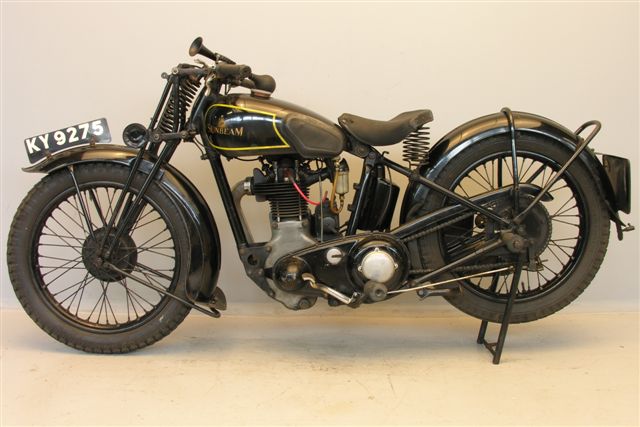 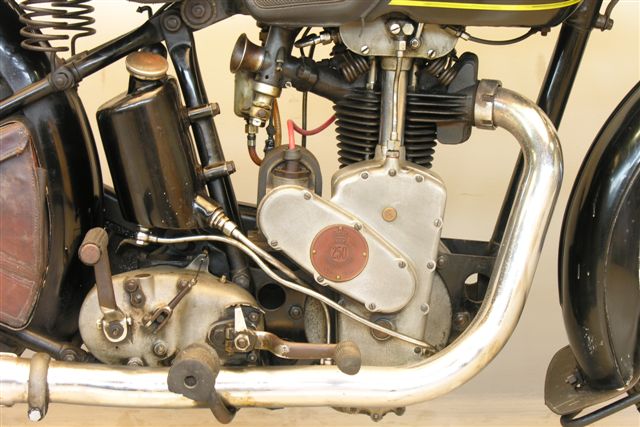 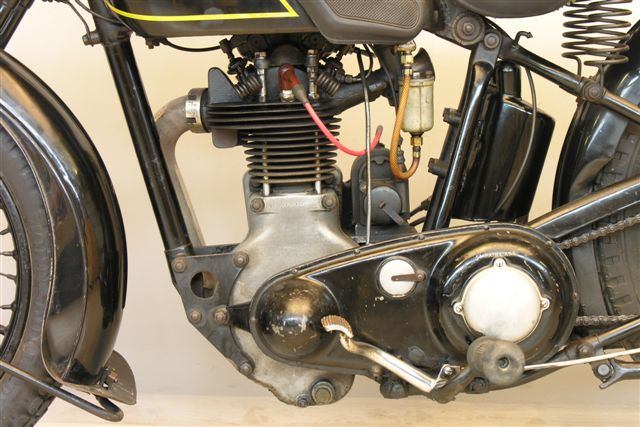 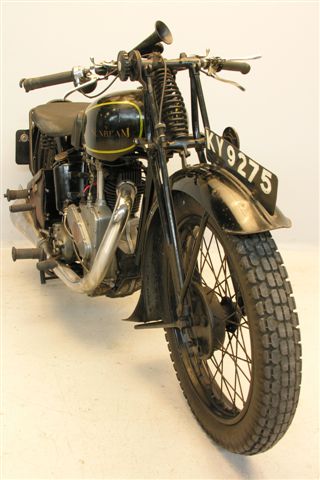 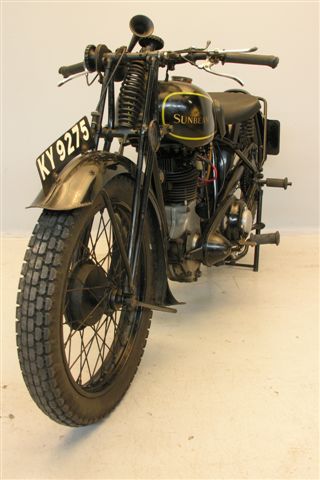 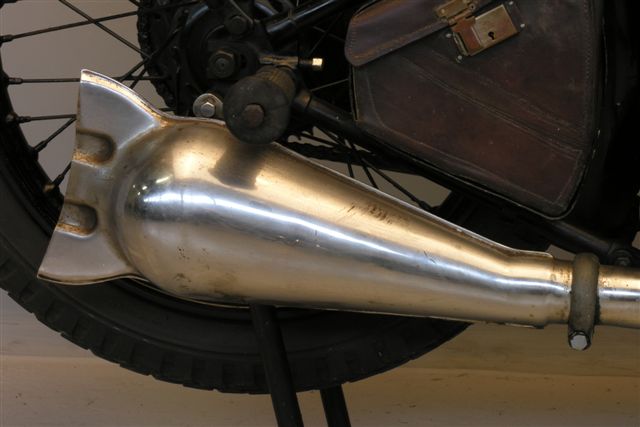 This Stevenson-designed 250  ( bore x stroke= 64x77mm)  was introduced at the November 1934 Olympia Show.
The bike attracted much attention because of its sporty looks: large carburettor, hairpin valve springs and  “ OHC look-alike” timing case.
This was the first Sunbeam with a proprietary gearbox, made by Burman.
The long bulbous silencer has a special, deep exhaust note.
Although the press wrote favourably about this new design, the model 16 became not a great seller and was dropped from the line in 1936. Not many of these handsome little machines remain, and this is a well preserved, authentic  example.
The machine’s first owner was a Mr. Harold Wilkinson, who was a post master in a little village called Threshfield near Grassington in the Yorkshire Dales.
When he ordered the machine he had no intention to ride it by dark, so a lighting system was not necessary and the machine was delivered with Lucas magneto and bulb horn.
The  machine was only used irregularly to deliver parcels in further away parts of the village.
In the 1960s, when Harold was in his 80s, the Sunbeam was taken over by a younger friend.
The total  distance ridden by this machine, as estimated by the second owner’s son, is little more than 20,000 miles.
The original paintwork is still in excellent condition – even on the wheel rims-  and  the original leather tool roll is still in the leather faced toolbox.